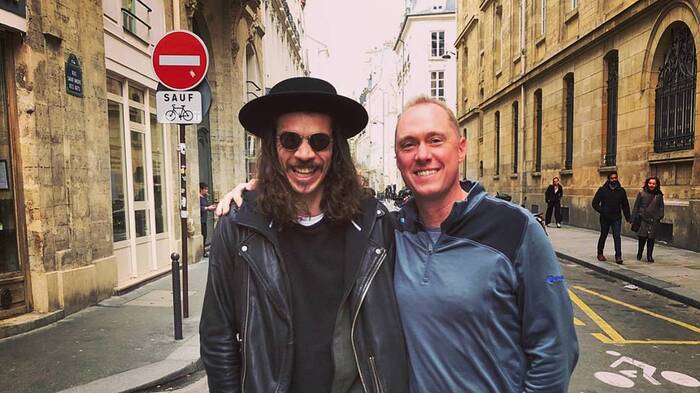 “They wanted the experience of American barbecue in Paris.”

Feast your eyes on the menu and book a table online at Red's True Barbecue Manchester, Albert Square. Open Mon-Sun from 12pm. Amen.

But, seemingly, never as good as South Carolina. IMO, of course.

This looks good, sure Mr n would love that.

Nope. Like a mid-range American chain BBQ place - like Sticky Fingers in South Carolina. But not quite as good.

Both used to be OK and kept pretty much to the BBQ items. Looking at their menus earlier, both seem to have widened out which is not something I regard as a good thing. I assume it’s because both have developed from a single outlet to become mini-chains, so trying to appleal to a wider customer base wanting “generic American” food (that is, food perceived to be American by Britons who have been on holiday to Florida).

Red’s in Manchester must have spent a fortune on fitting out what is a very pleasant Victorian building, on the city’s main square, into their concept of a US BBQ “dive” ( and I have been to the Smokehouse in Galax, Virginia and Woodman’s in Blowing Rock, North Carolina, so I know a “BBQ dive” when I see one). In what I regard as a bit of cultural decency, they did not rip up the very nice original mosaic entrance floor.

All that said, Hickory’s is due to open a branch about 15 minutes drive away, so I’m obviously going to be trying it.

Ah too bad that Mitch is gone now, he left yesterday.

When Benjamin returns to Kansas City on May 5, he plans to jump headfirst into preparations for Meat Mitch’s opening this fall. In the meantime, he’s making sure Kansas City’s Parisian legacy is secure.

“Louis asked me several times to make sure I train everyone,” he said, “three or four guys who work there so everyone gets it. We’ve taken pictures, written down recipes and methods, taken video of how to do everything. So when I go home and if Paul goes somewhere else, all the procedures are in place.”