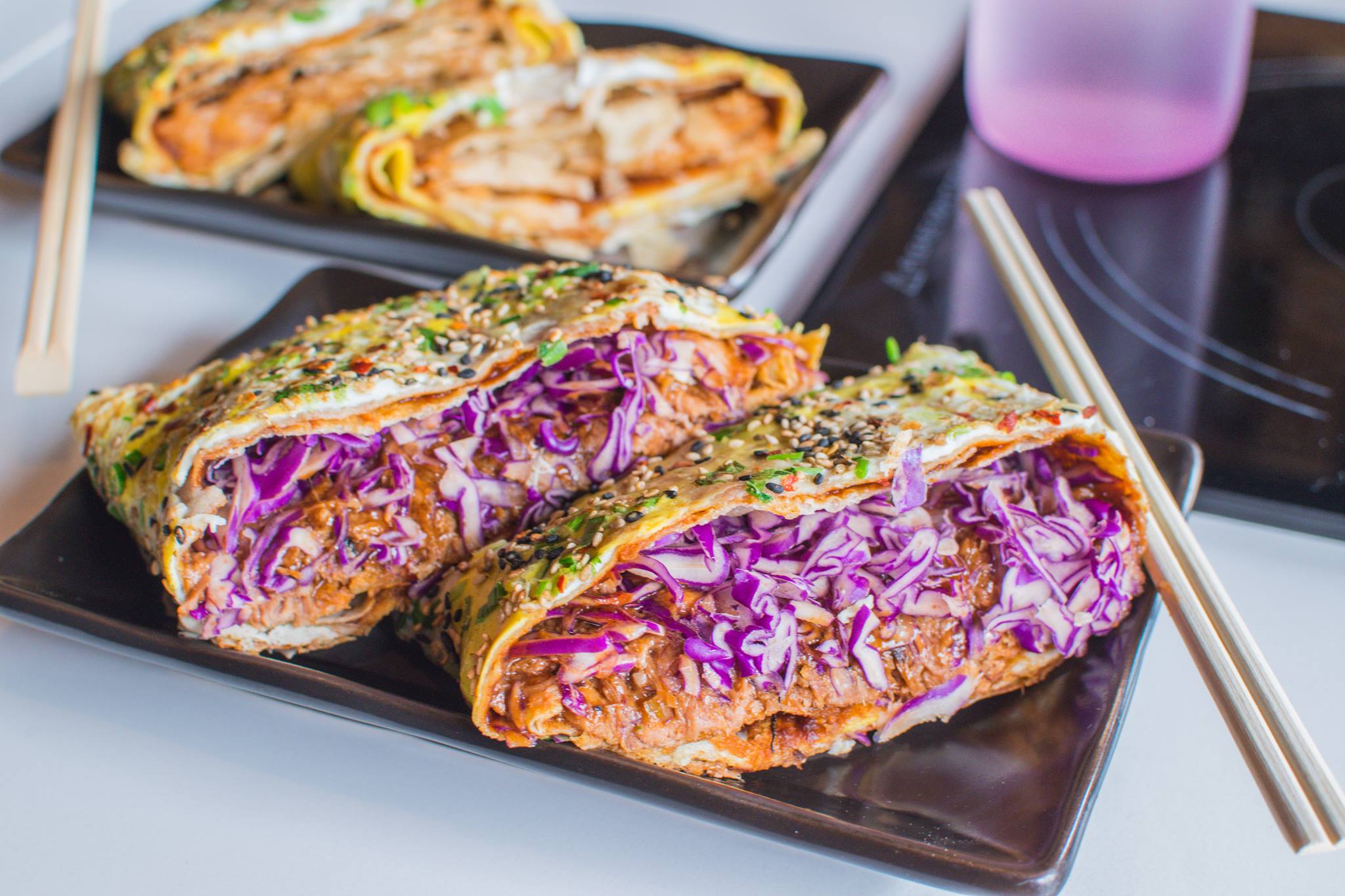 I haven’t heard of them but judging from their investment into their website, they look intent into making it big…

fwiw they’re hosted on Wix so likely using a fancy and free template. Though the food shoots are nice and likely original.

Only in SF would you find $8 organic jian bing.

The jian bing truck operating in Manhattan is selling at the same price with no mention of organic so maybe we actually are behind the pricing curve for once. Though they do have fancier versions for an upcharge.

I don’t think I ever paid more than 60¢ in Shanghai.

Anyone end up going? I was on the fence, timing today just didn’t work out.

They would do well to invest in their website the time it would take to proofread it.

Go me for misreading the date this whole time. Still won’t make it today but maybe in two weeks.

This Hoodline article notes that they’ll be running for 30 days at Osaka Imai starting today:

The new pop-up, debuting this Sunday, is focused on the savory crepes that are a breakfast favorite in much of China.

This point is pretty meaningless. Dosa charges $13 for a masala dosa–something I never paid more than $2 for in Chennai, and the former’s rendition is a poor substitute overall. I also complain about the price, but surely you can’t expect comparable pricing.

It costs more than $10 for a platha / roti at many Burmese restaurants, which to my knowledge are cooked to order but never prepared in house, even the “handmade” ones at Burma superstar, which come from a supplier in the East Bay. That’s definitely a rip off.

I presume you mean with a meat curry. Plain, or with a simple curry dip is usually much less than that.

I’ve always had the 50 cents there vs. $x here debate and the reality is, for me anyways, is that I will pay up for that something here as long as it’s a reasonable and decent rendition, because to pay 50 cents for it, means paying several hundred dollars and ~24hrs roundtrip in the air flying to get there.

Now if I were eating it there (along with SJB), I’d eat the hell out of them, but then I’d probably die an even earlier death than I already am.

I’m usually in Shanghai for a month at a time and probably amortize the air fare with what I save on food over that period of time.

Believe me, I’d fork out $8 for a decent dan bing in SF for nostalgia’s sake once in a while if I stumbled across it, but wouldn’t take the #7 bus all the way to the Outer Sunset just for that privilege.

That’s right— $11 at Rangoon ruby with some chicken curry.

$6.50 at Mandalay or $6 at Burma superstar with dipping sauce. $5 for homemade at Banana Island.

Those I had at Mandalay were superb.

Agreed— Mandalays are great. Now… Where to get them for home use…

Back to Jian Bing, a Portland food stall, bing mi charges $6 for the basic model. I’m curious to hear how it tastes-- they use only wheat flour

Has anyone tried it? I struck out this morning— at 11am, I was told there would be an hour wait and here weren’t even that many people there.

I was there this morning around 10:30 and waiting about 30 minutes. I found a lot people come after they saw the abc news. They had a long waiting list before I leave. The guy over there said this is a pop up store and wants to test the market. They are considering add more Jianbing maker, now they only have one. They definitely need to improve the speed and lack of customer service training I think. I order the original Jianbing, have to say this is the most delicious and authentic jianbing I’ve ever had in America. It’s very soft outside and crunchy inside, the sauce is amazing. I think price is fair, we are in San Francisco haha, btw they put two of Sonoma county organic eggs for each jianbing, almost everything is local and organic. I like they are public their ingredients and their cooking area is clean compare with most of Jianbing cart or store. Everything is worth. They also have some special, pulled pork and teriyaki chicken, I will try it next time. 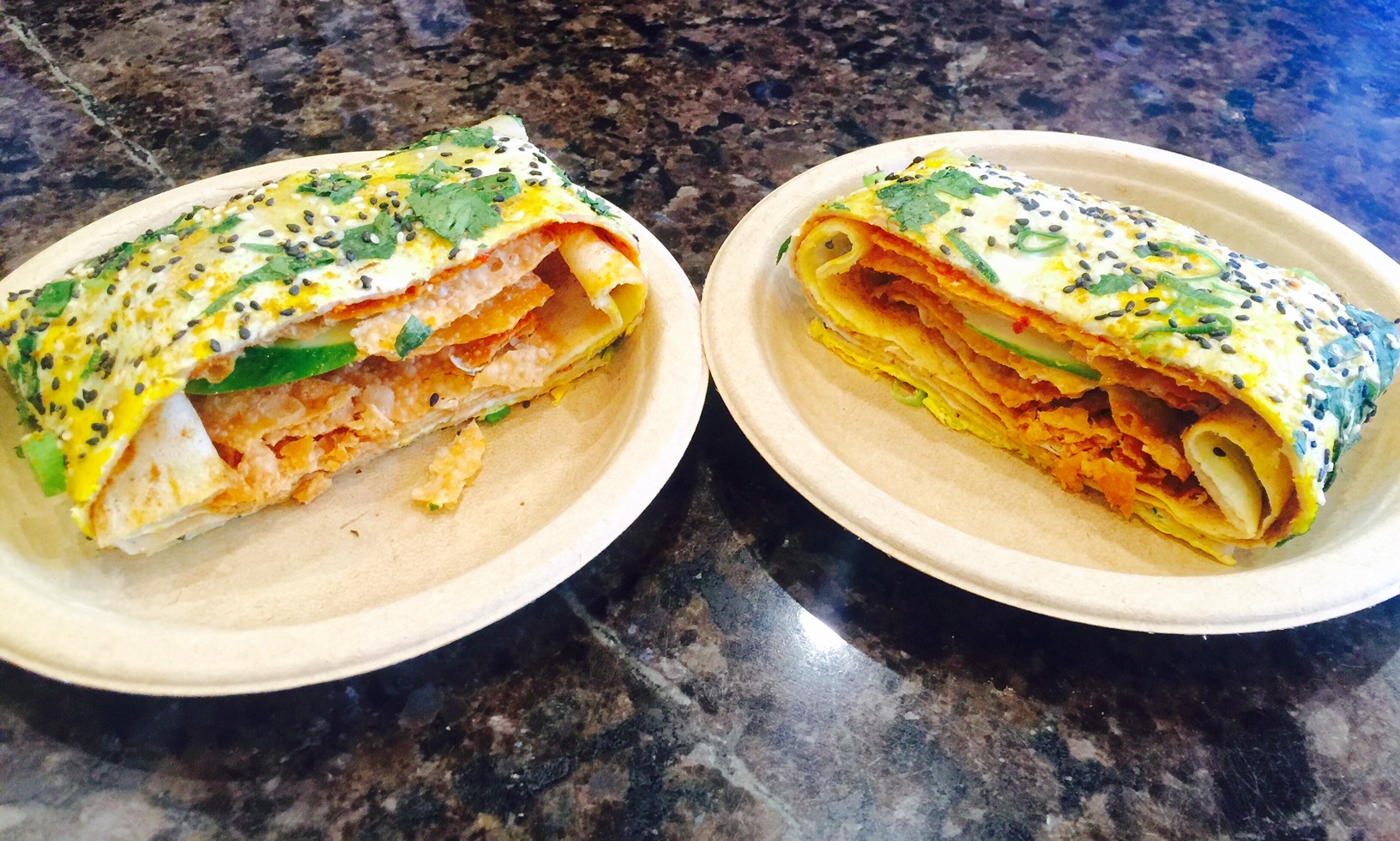