There’s a new cart selling jianbing on Market Street between 3rd Street and 4th Street. It’s in front of Yerba Buena Lane. May need to change the title of this post later as the cart has no clear name signage and I forgot to ask what their actual name is.

I talked to the lady handling orders (I think they are a husband and wife team?) who asked me where I had had jianbing before, and found out that the chef manning the jianbing station is chef Cheng Hu, who formerly was behind the Tai Chi Jianbing popup at Nabe among other places. They relocated to LA for a period but are now back in the Bay Area.

I had the classic vegetarian jianbing ($10), which was quite good, and from what I remember pretty much identical to the one from Tai Chi Jianbing. Nice eggy outer crepe studded with sesame seeds, with a layer of spicy hot sauce and filled with many layers of crispy fried wonton sheets. Other options available are a vegetables, bbq pulled pork, and ham and corn. Cash only! 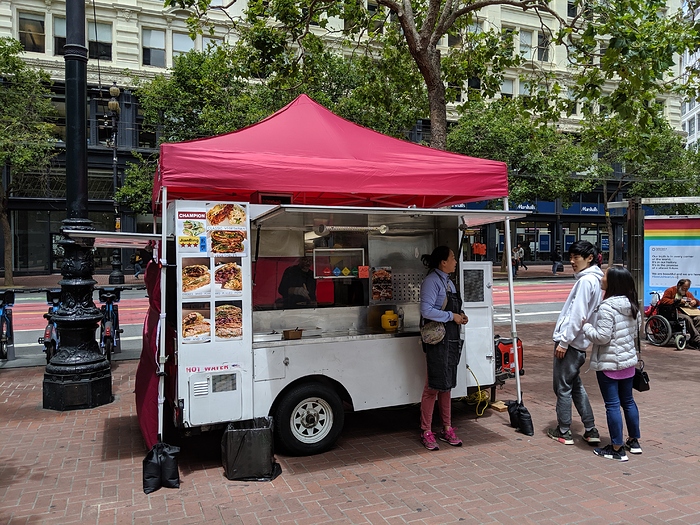 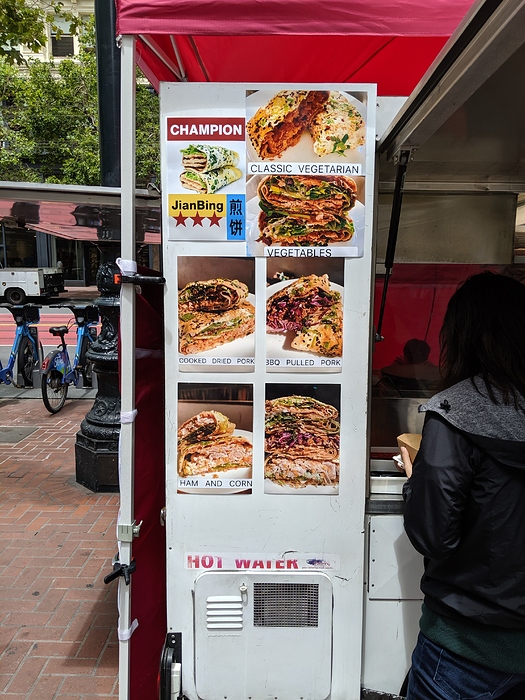 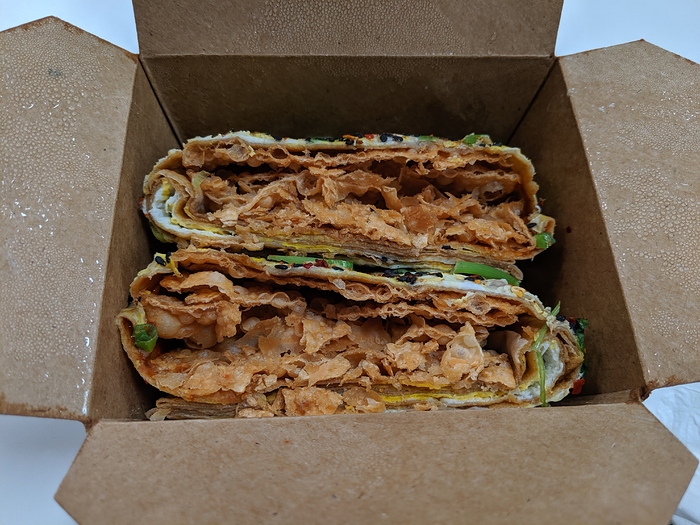 I went maybe 3 times when they were at Nabe and liked the traditional (though I prefer them with chinese donuts instead, like at Bei Fang Style) but really did not like the pulled pork. I mean, it could be good if they were great bbq chefs, but they are not.

I haven’t seen the cart when looking for jianbing for lunch a couple times this week, wonder if they have stopped setting up there.

Great, but I’ll have a hard time forking out $10 for something I’ve never paid more than 50 cents for in Shanghai, But then, they typically use a single 薄脆 in the basic {“vegetarian”) version, not “many layers,” which would mess up the balance of textures, IMHO.

I haven’t been there since 2017, but it’s all relative. I think the first jian bing (usually called “dan bings” in Shanghai) I had cost about 15 cents