Here we are in July already. What is new?

I will answer my own post with some notes about changes in the Rockport, Rockland, Owls Head, Thomaston area in Maine.

The Slipway in Thomaston has reopened after being closed last year. July 2 they have a big reggae thing, open to the public at no charge.

Mussel Ridge Market in South Thomaston has sadly closed (even though their website remains fully functional).

Salty Owl Cafe in Owls Head is now open only Thursday - Monday, closed Tuesdays and Wednesdays, due to the stunning success of Tacos Leon on Tuesday afternoons (4 to 7).

Up in Smoke BBQ has moved from Thomaston to Rockland.

Maine Street Meats (aka Bleecker and Greer) has moved from the State of Maine Cheese building to the old Hoboken Schoolhouse (big red house at the turn for Rockport Harbor).

new shanghai on hudson street in chinatown has closed

Grainmaker in Davis Square has opened. Anyone been?

Cross-posting to beef up this board as well as my own post-count (what is this 500 post icon madness? I must have it!!): the Porch has re-opened in Medford: 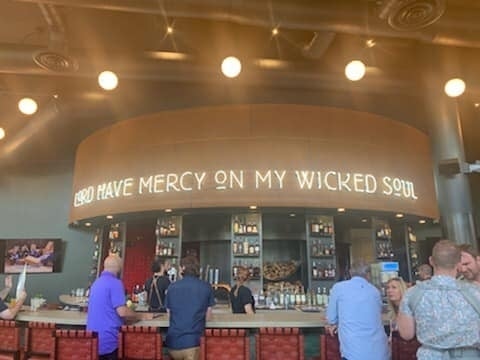 The long-awaited return of the southern food spot is nearly here.

Kim’s Tofu in Allston opened. I think it replaced Loui Loui, which was a seafood boil type of place. I went to Kim’s Tofu recently on a whim, and it was very good! They make their own tofu and use it to serve their Korean soft tofu soup (soondubu jiggae). Might be too early to say, but from that experience, it was hands down better than Kaju tofu on Harvard Ave. The sides are also very good. I’ll try to make a legit writeup when I get a chance. Just wanted to get the word out for now!

Anyone try the Frank Pepe’s at the Burlington Mall yet. Negative Yelp reviews seem to share a common thread of dreadfully slow service/kitchen. We’ll wait until the kinks are worked out. But we can’t wait long - B can’t be too patient with their clam pizza being so close to us now.

I did takeout and it wait wasn’t bad. I had their clam pizza in Chestnut Hill and the clams were little rubber balls. Tried the clam pizza here and it was the same, overcooked clams.

Got an email from Kirkland Tap&Trotter that they’re closing tomorrow.

I was shocked when I saw that email. It seems to have come out of nowhere. We will miss Kirkland as it was a go to for our entire family and their to go chickens were our dinner at least once a month. There was no word of this the last time I was there about a moth ago. While never packed, Kirkland seemed to have a steady business. They just did open Craigie Burger at Time Out market and I wondered if that would be a distraction from Kirkland and Craigie. I have no idea if Tony is going to focus on expanding that concept further. It’s a sad for the neighborhood. Hopefully something else goes into that space.

yep, I got the email, too, and came here to post. There’s more competition here in that Camberville area than there was when they opened, and the Timeout Craigie outlet might seem likely to be more financially viable. I always wanted to try to take out chicken, but the one time we went to eat in the bar, it was so noisy we couldn’t talk and seemed overpriced for what we got. Was never tempted to try brunch. And the endless construction on Beacon St over years has not been helpful for any businesses there. Add the bridge closures for GLX and maybe it was time to close.

I do wonder if we are getting oversaturated with restaurants and summer seems a slow time for lots of places that are on the tourist you-have-to-go-here lists.

Got an email from Kirkland Tap&Trotter that they’re closing tomorrow.

Wow, that is pretty surprising and sad. We didn’t go often, but it was always lively and bustling when we were there. The timing with the Time Out Market burger stand does seem significant. Hopefully that building won’t stay vacant for too long.

Apparently Davis Square Donuts and Bagels has closed. This is shocking to me, as there is tons of (higher end) coffee in Davis, but no other bagel/donut place. They were always crowded, and often ran out of donuts and bagels by mid-afternoon. I have to wonder if there was something weird with their financials and am remembering that it took them about 2 years to open. Anyone have intel?

I’m actually not surprised. I’m on record here as always being underwhelmed by them. They were not special-occasion-worthy, and when dining with my whole family there, they never manged to meet cut it as an everyday family place either. Their kids portions were miniscule, their food never wowed me, and their prices were too high to overlook the previous two factors.

@Parsnipity I was underwhelmed by a brunch I had there with friends a few years ago (obviously their choice not mine since I am allergic to brunch). I picked up a chicken dinner to go once for hubby and he enjoyed it but it was a trek from Arlington, especially on a weeknight at 5 pm.

Ha, ha! In checking to make sure I actually was on record as not being impressed, that’s exactly your post I came across, and I thought “no way would I trek from Arlington…I can’t even bother from Davis…”

For South Shore Diners.
Tom Colman, the chef who opened Fat Cat in Quincy, has opened his own place in Marshfield in the former Hola space along Rt. 139. It called “Liv” ( daughter is Olivia). Tom does a great job and I can’t wait to try it. Early reports are good, but I like to give a new restaurant time to burn in the pans.

Just heard rumor that Gustavo’s in Waltham will be moving from their current location on Main Street to the old Garcia Brogan (so glad that place closed) location on Moody. Didn’t get a timeframe since no one knew how long the buildout would take.

That is great news. Gustazo could use more seats and Garcia Brogan’s was an abomination.