Is this really the case?

I’ve never come across gravy in jars so not sure what the ingredients are but I assume little by way of preservatives. As such 3 -5 sounds about right. Why not freeze whatever has been left after your first usage? I often come across little bags of it in the freezer - they either get used again as such, or incorporated into a different sort of sauce (beef gravy often finds its way into a meat sauce for pasta, in this house)

I love to know how long things last and why.

I don’t think I’ve tried gravy in a jar, but husband loves lean meat and gravy, so I’m eager to hear. Something like this? 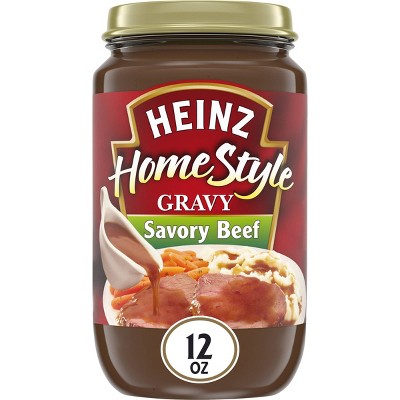 Why not freeze whatever has been left after your first usage?

It’s rare I don’t use one up in a couple/three days… it’s just that I had two open jars in the fridge (don’t ask why I had 2 ‘cause I don’t know) and while working on my shopping list I wanted to know if they were still usable.