After a big shop and subsequent reorganization of our pantry and fridge door I thought it would be interesting to talk about jarred and bottled sauces. Hot sauces count but aren’t the limit.

I’ve found Jamaican Pickapeppa sauce to be difficult to find over the last couple of years. It is spicy but not hot and makes a dandy base for a chicken marinade.

We like low-salt Kikkoman soy sauce and keep a small dispenser in the kitchen and a half-gallon jug in our basement pantry.

We have Worcestershire sauce in the pantry. My wife claims not to like it but as an ingredient in a number of things I make she is a fan.

We keep a Thai sweet chili sauce I use a lot.

I’m sure there are others I don’t remember offhand. GO! grin

Some used as condiments. Others as cooking ingredients. Some as both

We’re fans of the Cajun Power brand. Kirkland pesto is proven to come to the rescue of bits and bobs that suit pasta.

Salad cream seems unique to the UK. You listed a number of things like oyster sauce and fish sauce that I forgot.

I believe so. Mrs Harters chooses it in preference to mayo. As we say round here, you can take the girl out of Salford but you can’t take the Salford out of the girl. I don’t like it at all.

Some used as condiments. Others as cooking ingredients. Some as both

I bought a book in China called “Sauce Cuisine” (because it was bilingual and had photos of the sauce and condiment jars most of which I recognised). The sole purpose of the cookery book is creative uses for (non traditional) Chinese dishes using sauces and condiments in stir-fries.

Had the book all these years and then I dropped it in the paper recycle bin just last week.

Sauces and condiments for my own sauce-condiment cuisine: 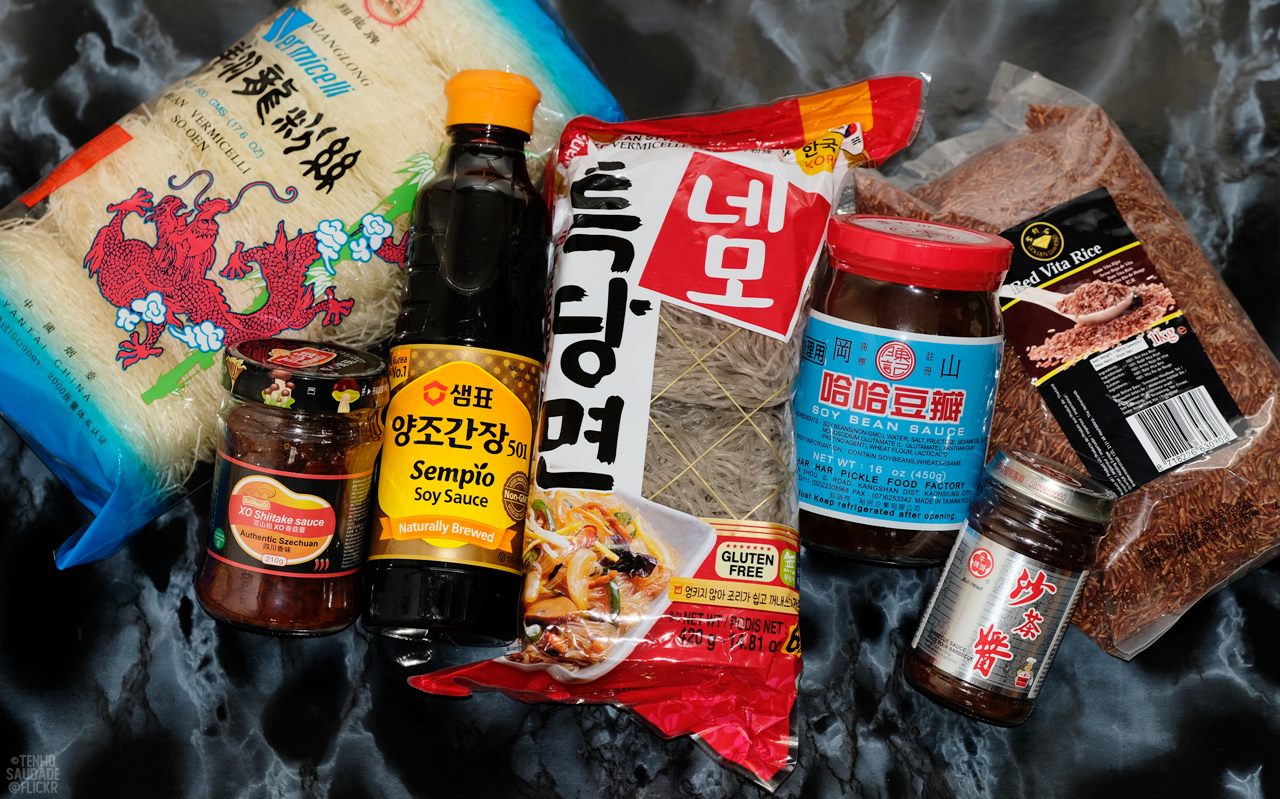 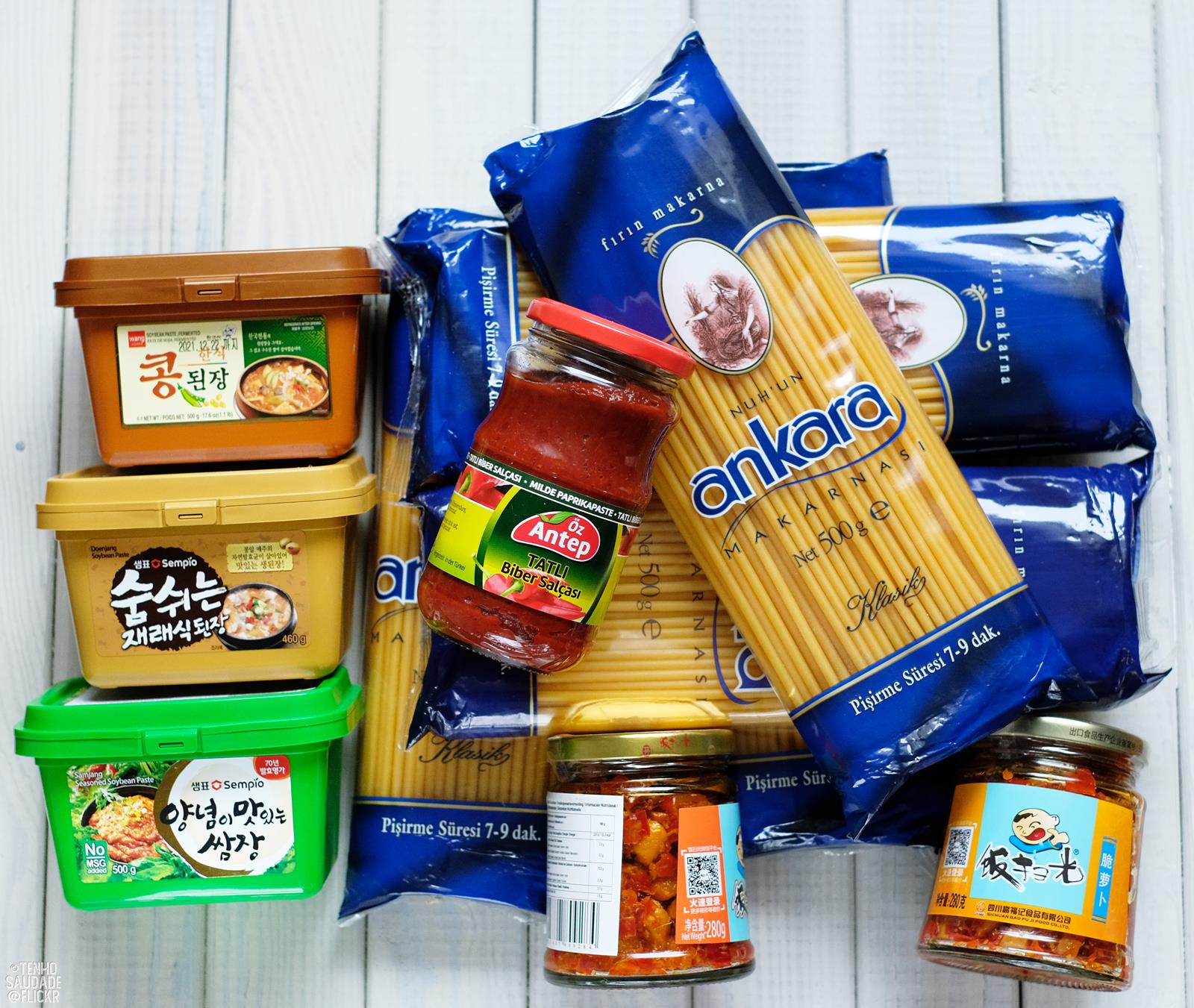 What does it taste like, compared to mayonnaise? I’ve never heard of it.

I believe so. Mrs Harters chooses it in preference to mayo. As we say round here, you can take the girl out of Salford but you can’t take the Salford out of the girl. I don’t like it at all.

I’m not a fan either. For others not familiar it is similar to mayonnaise but I think thinner and somewhat more acidic.

We have similar geographic assessments. Closest to me now is Pasadena (MD) girls and a propensity toward “big hair.”

it is similar to mayonnaise but I think thinner and somewhat more acidic.

Good description, Dave. I think it was developed by Heinz, in 1914, as a working class version of mayo. In its original form I don’t think it needed refrigeration. The end of the 19th and beginning of the 20th centuries was defintely a period where spicy, acidic products were developed in the UK to perk up what was a very bland diet for working class families. Mention of pickles and the like was often mentioned by soldiers in the Great War in letters home. For my taste it is much too vinegary and the spirit vinegar is the dominant flavour.

Towards the end of the 1990s, Heinz threatened to discontinue production due to falling sales,as folk preferred mayo. Now, of course, this may have been a PR stunt. In which case, it was very successful. There was a public outcry - helped along by the popular press. And Heinz responded to the “public will” and has continued to make it.

Mrs H enjoys it to dress a simple salad or slathered liberally on a fish finger sandwich. As I say, you can take the girl out of Salford…

I eat my salads plain but out of curiosity I looked up a ingredient list for salad cream. It reminds me in Netherlands there’s a similar sauce called “slasaus” (literally “salad sauce”) which also has same uses. 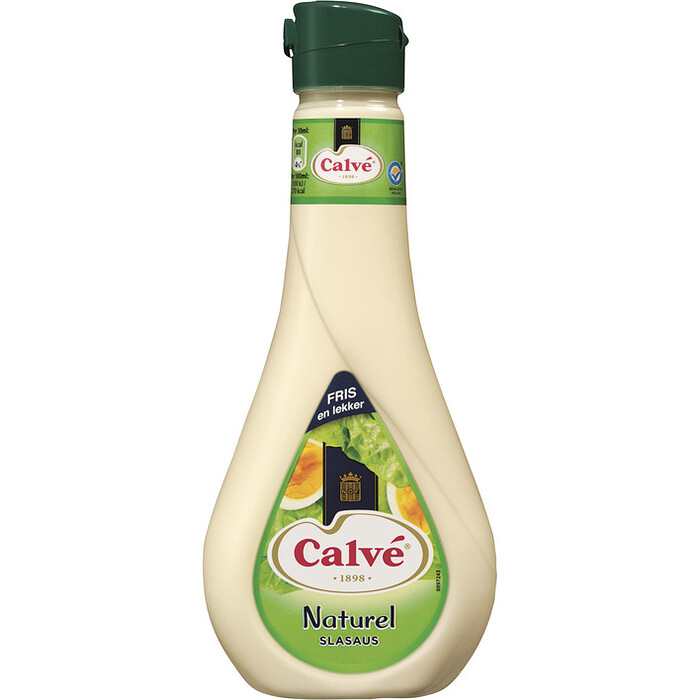 …as a working class version of mayo.

Which for some reason reminds me of packets or sachets and the dedicated drawers for them in kitchens. Salad cream, ketchup, mustard, soy sauce, duck sauce, malt vinegar, mayo, … 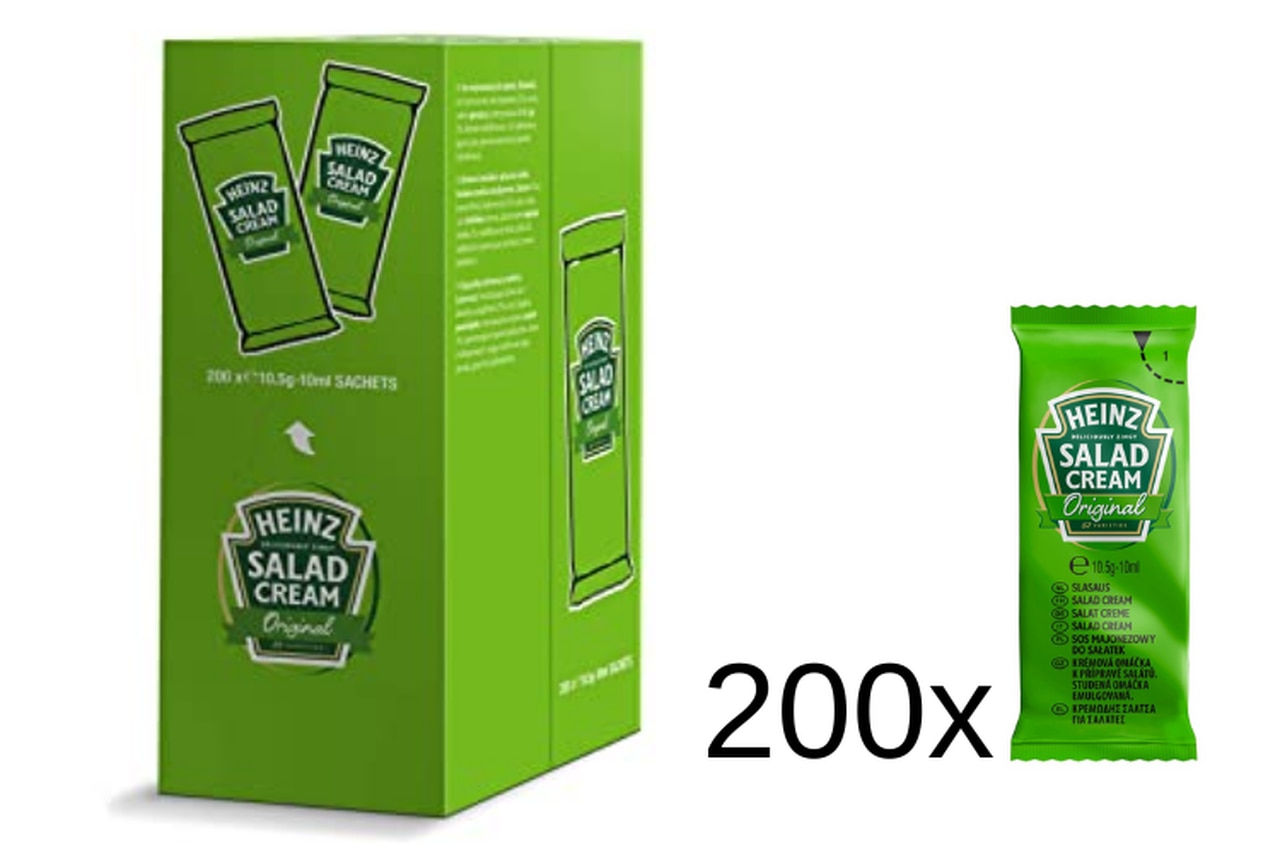 With further respect to geography, when I demonstrated the famous baking soda and vinegar volcano experiment to my nieces my wife and her sister were fascinated. This has led, after some exploration, to the family saying that “there is no science in New Jersey” despite Princeton and Einstein. Current nieces and nephews have confirmed that public school science in New Jersey is lacking. That reality has increased the entertainment value of Uncle Dave. My brother in law, after the potato clock demonstration, told me to stop playing with my food.

Perhaps all New Jersey is in a vortex, sorta’ like Bizzaro World in Superman. A negative dominion.

What is Diana sauce?

I guess it is Canadian . It’s a BBQ sauce 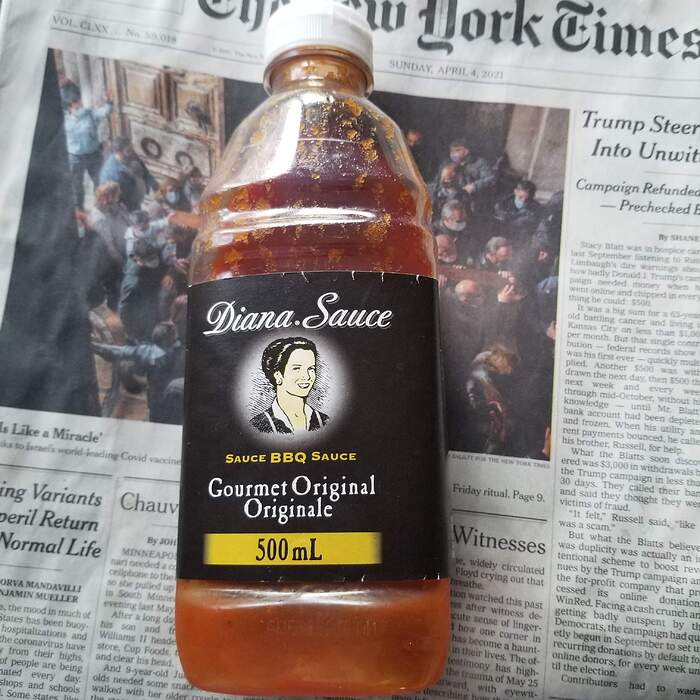 Ketchups and Mustards and any other condiments you love Cooking, Cookbooks, Ingredients

Bacon jam is the latest element of my “condimentia”. A teaspoon spread on one of the bread slices in a grilled cheese sandwich or an egg sandwich is nirvana. Pricey stuff but that small amount imparts as much flavor as two or three slices of bacon. Stonewall Kitchen has a maple bacon apple jam that is also terrific.

I believe so. Mrs Harters chooses it in preference to mayo. As we say round here, you can take the girl out of Salford but you can’t take the Salford out of the girl. I don’t like it at all

It isn’t that popular, but it is available at every grocery store where I shop in Ontario, Canada. There are a lot of people of British extraction, as well as people who immigrated here over the past 60 years, so Salad Cream is a staple in some homes. I think most Canadians who use Salad Cream use it on salad, and would keep mayo on hand for other uses.

We also have HP, Branson Pickle in our grocery stores. Some stores have a small British section, with imported Brown Sauce, imported
HP (Canadian HP is in a plastic bottle and made here, imported HP is in a glass bottle) and some other British favourites.

We had Marks & Spencers across Canada when I was growing up. The last one closed roughly 20 years ago. That is where a lot of British Canadians would have been buying their Salad Cream, other British foods and underwear. The M& S underwear was better than Cdn underwear. It lasted longer. I still stock up on M & S underwear in the UK, but it isn’t as good as it once was.

We had Marks & Spencers across Canada when I was growing up.

M & S has never had a full enough range to do the week’s shopping there. But, they have just teamed up with Ocado, which is an online supermarket, so we can get their products alongside Ocado’s normal range. It’s the most expensive of the home delivery options but we get from them maybe once a month at present, just to get a wider range of, say, organic products. And, yes, M & S is where I buy my underwear.