New to the area from LA and trying to find excellent Lebanese style Mediterranean foods as a weekly go to family dining restaurant. The restaurant can have additional influences like Armenian (like Sahara in Pasadena). Looking for shwarma (chicken or red meats), kibbe, a great tabbouleh or fatoush, and falafels. Will travel to anywhere in the Bay for this food. Thanks in advance!

May I suggest if you’re really looking for a “weekly goto restaurant” you should mention the general region? If you’re in Marin you really won’t drive to the south bay. Also, are you looking for sit-down or casual ?

My personal favorite is Med Wraps on California Ave in Palo Alto. Casual place. It is a walk from the California Ave train station. Sajj has been making inroads (several locations) but I think it’s inferior.

Thanks, bbulkow! I have tried Med Wraps and although it’s good, I think it’s Jordanian according to a Yelper. The shwarma plate was decent. The meat was not quite like something found in a Lebanese restaurant although tasty. I’m originally from Detroit where there is a large Arab population in Dearborn. Sahara in Pasadena was the closest to what I was getting Detroit/Dearborn in the SoCal area. Zankou in LA is OK but Sahara exceeded Zankou. Sahara’s tabbouleh is amazing. There’s something about the olive oil they use that made the salad so flavorful. We were planning going to try Old Jerusalem in SF this weekend but the call of Vietnamese fusion at Le Bon in San Jose is calling us to return. We’re willing to drive if it’s what we’re looking to eat. We were driving from OC to Pasadena every week to eat at Sahara and we got a bunch of take-out too for the rest of the week. This is how much we love this food. Also if it’s casual or sit-down doesn’t matter as long as it’s what we’re looking for. Thanks!

I just did 30 minutes of googling / wikipedia / CH research, and from what I read Jordanian and Lebanese are very, very similar. They seem to differ in some specialty dishes (which aren’t at med wraps), and also some difference in exact balance of spices. Several bloggers seem to just lump Jordanian and Lebanese under Levantine. An expert might be able to tell from the grind of the beans, or the hand of spices, the background of the chef / owner — or by certain dishes.

It’s certainly confusing - the Wikipedia page for Lebanese food lists Balilia as a Lebanese dish, but you click into the individual page - says it’s Jordanian.

As you’ve noticed, we don’t have a large Arab population, but there are some places on the peninsula which are well regarded - I’ve probably eaten at most of them. I suspect you’ll want to focus on Fremont, though, which I’m less familiar with. Maybe it’s something about car plants - there is the old GM / Nummi now Tesla plant in Fremont.

If you can explain more of the difference you’re looking for - “something” in the olive oil, a different quality of meat - is what exactly - I might be able to help. I’d be happy to learn something about the difference.

Some of the well regarded general arab restaurants on the peninsula are Rose Market in MV for skewers, Paradise Kebab in RWC considered persian, there’s a shwarma shop on Castro I’ve liked but it simply servicable, everything else I can think of is far on the greek or turkish axis. Some of those are tasty, but they’re not even levantine.

One strategy might be to look for some of the specialty dishes. For example, I see Maamoul is a dish of Lebanon, and it’s available at Middle East Food Market in Fremont. Again with the Fremont.

And of course you know Al Pastor, available at every mexican taqueria, is Lebanese. I am a mad fan of Al Pastor. Someone interested in the more Lebanese version would look for more Pineapple ( the origin in Mexico City serves a little slice of pinapple on every taco ). The meat at the place in DF is very different from everywhere in the bay area - less spiced, finer grained, less fatty. I don’t know if that’s part of the Lebanese meat difference.

Thanks, bblukow! Great response! I’ll need to go to Fremont and look for specialty dishes. Also Rose Market sounds like something we’ll need to try soon since we’re now based out of the Peninsula. Did not know that Al Pastor is Lebanese and it’s my favorite taco!

A really great Lebanese restaurant that bakes its own fresh pita and bakes Lebanese-styled pita pizza is in San Diego called Alforon. The owner flies to Lebanon every year to buy her spices. Their chicken shwarma pizza is divine. You can roll the pizza up in a wrap or eat it as slices. They also have pink pickled radishes that have a nice crunch and tang. One thing to avoid there is their hummus but everything else is sublime. It’s about 20 minutes from the San Diego Zoo.

In San Francisco, we go to Old Jerusalem at 2976 Mission Street near 26th Street.

Have you tried DishDash in Sunnyvale? It says Middle Eastern Cuisine. Many years ago, I overheard the owner is from Jordan, I am not sure if he is still the owner, but the menu and food has been the same. Regardless its origin, I really like its food ever since I had my first chicken Shawarma here 13 years ago, it has been one of my favorite restaurant in bay area,
my favorite dish is Beriani chicken.
They have opened 3 more branches, in Sunnyvale, Milpitas and Fremont. I have only been to their original shop.

Since the site is new, and I am new.

I will just ask stupid question.

Can someone describe Lebanese food?

Minor point, here, but many Lebanese do not consider themselves Arab, but “Phoenician.” It might seem like a distinction without a difference, but culinarily speaking, we tend to think of “Arabic” cuisine as halal, whereas in Lebanon even some professed muslims drink alcohol and eat pork. Long live al pastor! 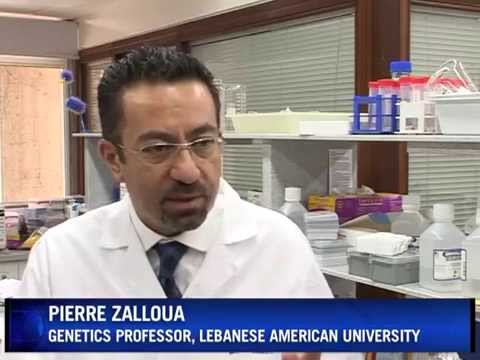 Thanks! Any others out there with a preference over one DishDash location over the other? That’s also on my to eat list. Also thanks for the rec for Old Jerusalem! We’ll try that next weekend when we’re in the City.

After watching Anthony Bourdain’s Lebanon episodes, I hope one day I can travel there and eat. I think like Vietnamese food, Lebanese food is flavorful and healthy.

Another vote for Old Jerusalem. I hope you like it. Be sure to try the falafel that is stuffed with fried onion and pinenuts. OMG, they are so delicious! The people that run the place are lovely.

There is a great Middle Eastern market a door or two down called Samiramis that you should check out whilst you are there. I always go in for just an item or two and leave with a full bag. So many tasty morsels to be found. I’ve been really happy with their olives. They have a bulk spice section that includes several varieties of za’atar. Lots of canned items, teas, beans, pastas, sweets and a pretty good refrigerated section. The owner is really swell.

Whether Lebanon is “arab” or “muslim” or not is not entirely minor … Wikipedia classifies Lebanese food as “levantine”, and points out that there’s a strong christian presence. Wikipedia also considers Lebanon part of the “arab world”. Since Arab does not exactly equal Muslim - there are Arab Christians, and many are in Lebanon. Wikipedia’s not a source for slavish consistency… and I’m not an expert, just an internet gadfly.

Lebanon has always been a center of trade, and the strong phoenician period appears to have been around 1200-800BC (due to their monopoly over the color purple). In the bible, these are the caananite cities, and a system of trade - sounds like the hanseatic league but far earlier - not a particular religion or race. Lebanon was a world power long before Jesus or the Prophet founded their religions, but have also been conquored by many - Rome, Alexander the Great, the Caliphate . No wonder they’d prefer some different word than Arab.

I think the take-away here is Lebanon is far more of a melting pot than other parts of that region, has a great coastal tradition of mixtures and change, a very long and complex history, and shouldn’t be lumped in with, well, just about anything. Next time I’m in that half of the globe, I’ll find my way to Lebanon.

I am not an expert in Mediterranean or Lebanese food, but I think the food at Taste-In Mediterranean in downtown Burlingame is delicious. I looked on Yelp and a women who stated she is Lebanese felt it was the closest thing she has found.

The place is family run and it can take 30 minutes to get your food if they are really busy. I prefer the lamb kabobs over the shawarma and kefta. The hot spicy pita is really good.

Another great dish at Old Jerusalem is the kalaya, a garlicky tomato and lamb stew— it’s one of my favorite lamb dishes

Thanks, Pumpernickel! What is Samiramis’ olive selection like? Do they have a good Mid-East cheese selection too?

Misseatalot, don’t go into the store with an idea that their olive section will be similar to a place like Whole Foods. They have maybe around 8 different kinds of olives. They are all in big white plastic buckets in the back and some may find the display less than appetizing but I’ve gotten some great olives from there. I don’t know the name of the olive but my favourite has been their green, cracked olives. They are way better than the olives I’ve been finding at Whole Foods the last few years. WF olives are so over salted I can’t eat them and I’m a salt fiend.

I don’t think the cheese section is expansive. But you will find several different kinds. I’ve gotten some fantastic feta from them.

Samiramis is also my go-to for pomegranate molasses, essential for one of my favourite dishes, fesenjan. Many varieties, good prices. Other kinds of fruit molasses as well.

Is Samiramis more of a Persian store? I like Persian food. I notice that a lot of the Persian dishes use dill, dried lemons, tumeric and saffron. I love their different rice dishes like Lubia Polo and Sabzi Polo. I’ll need to check out their olives. I like getting olive from Middle Eastern stores since they are not as expensive and they are different from Whole Foods. Thanks!

Along the lines of this thread, if others know of Arabic bakeries that make goodies like za’atar, manakish, or cheese pizzas, please let me know! Here’s a video on YouTube showing these pizzas being made 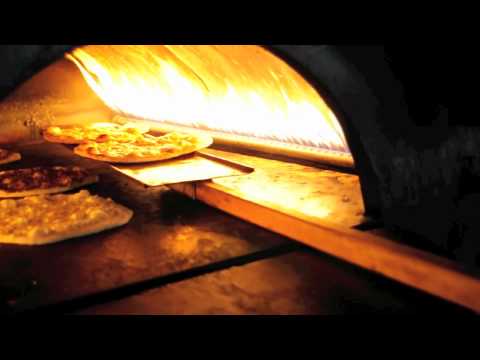 The store was opened many years ago by a Palestinian Christian from Ramallah. I think it is pan-Middle-Eastern in its approach.