Yinzo Kopi is the latest addition to the clutch of traditional Ipoh-style coffeehouses in Old Town, Ipoh. 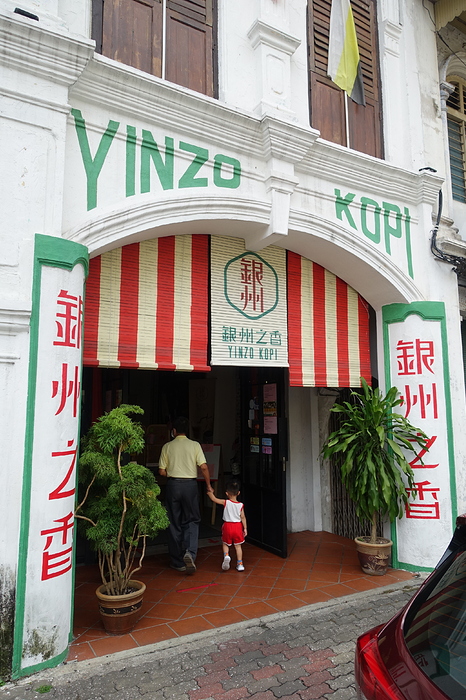 Opened in May 2019, it’s located near the epicentre of the “Ipoh white coffee battlefield” of sorts: the intersection of Jalan Bandar Timah (Leech Street) and Persiaran Bijeh Timah (Patrick Street). Post-Independence and in recent years, many British road names from the colonial era had been replaced by Malay names, but local Ipohians still tend to use the old British names out of force of habit. 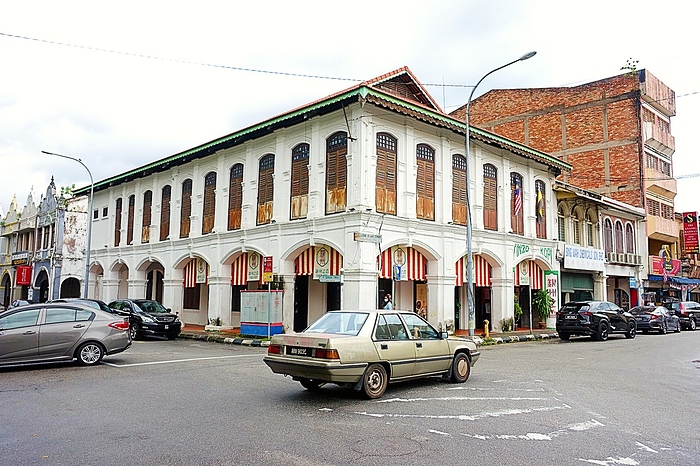 Sin Yoon Loong, right adjacent to Yinzo Kopi was established in 1937, and claimed to serve the earliest cup of the famous Ipoh white coffee.
Of course, Sin Yoon Loong’s claim is disputed by its next door neighbour, Sun Yuan Foong, now run by 64-year-old proprietor, Law Ching Hui, who’s the son-in-law of the founder of this coffeeshop that was established back in 1964.
Six-decade-old Nam Heong, situated right across the street from Sin Yoon Loong and Sun Yuan Foong, began marketing their coffee under the name Old Town White Coffee about 2 decades back, but is no longer related to the chain nowadays. 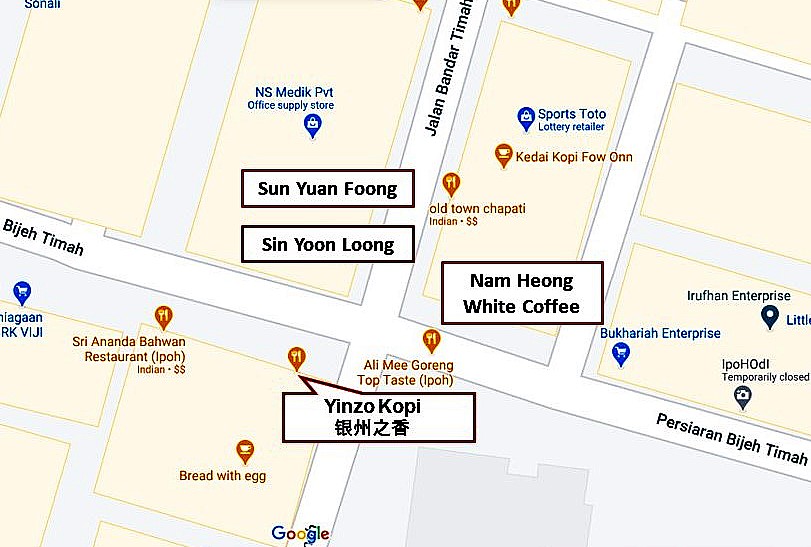 One difference between Yinzo Kopi to its rivals across the street is that it’s air-conditioned, so one doesn’t end up soaking wet after a meal or cup of coffee there. Ipoh’s weather is as hot and humid as any other part of Malaysia, and it really does make a lot of difference to be able to enjoy traditional street fare in a cool, comfortable environment for a change. 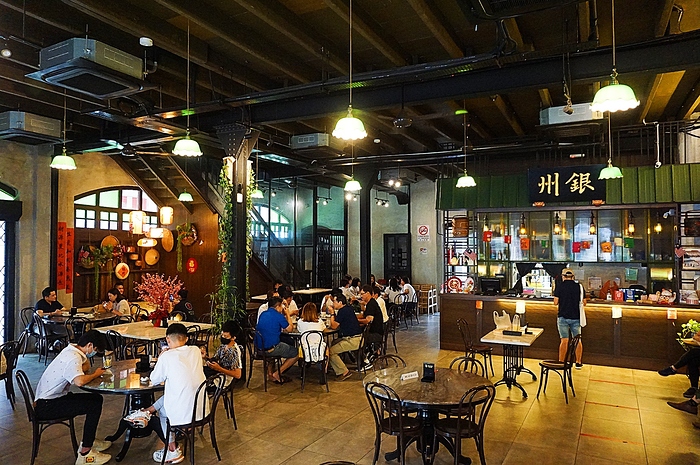 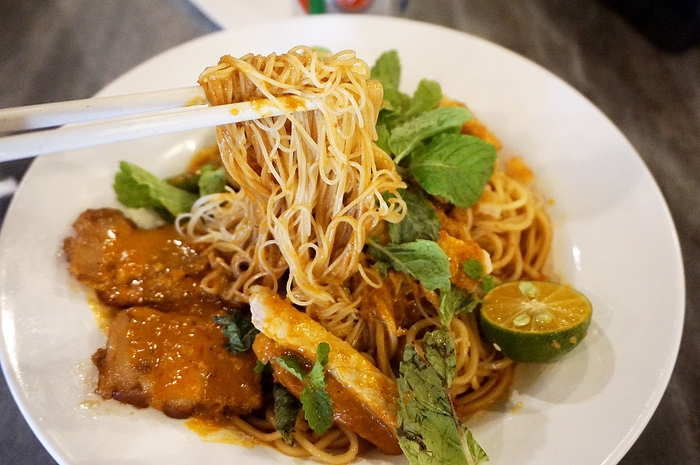 Despite its modern cafe ambience, Yinzo Kopi delivers on traditional, old-style flavours. Really good alternative to the “sweathouses” across the street. 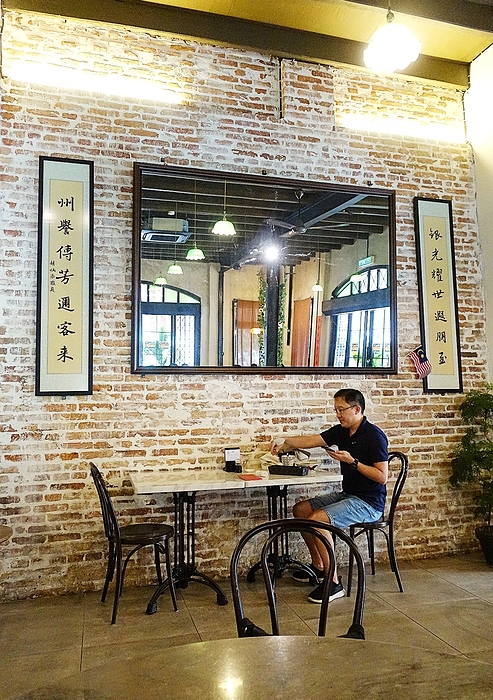 streets ahead of Moon de Moon’s

Thanks for the recommendation, will try it out if in Ipoh.

Do you think Moon de Moon’s overrated due to its reputation, or it’s a style you personally do not like?

Do you think Moon de Moon’s overrated due to its reputation, or it’s a style you personally do not like?

A bit of both, actually. I’d never tried Moon de Moon when it was at the peak of its popularity, perhaps 5 years or so ago. But a friend who’d been eating there for years said its cooking standards had deteriorated through the years, and the owner-chef now hires young foreign workers to cook.