Such a great concept and nice people.
May as well be called Tumi 2 Go as that is all we order.
Pollo a la Brasa normally but recently we got Tacu Tacu Bistecca and Anticucho. Here they serve with the Huacatay Green Sauce. 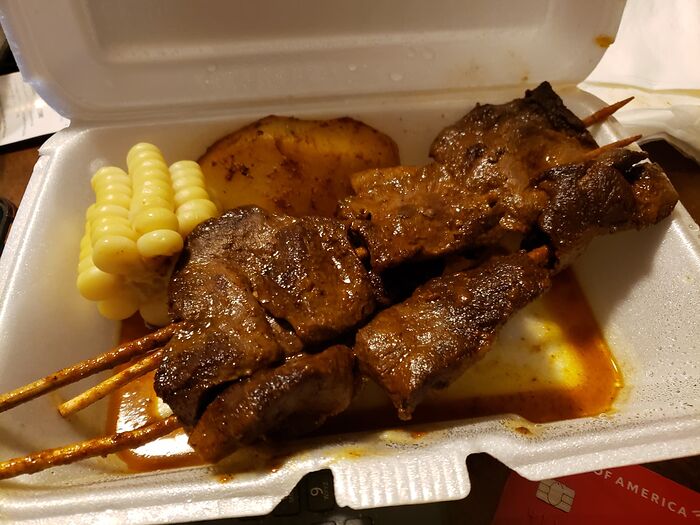 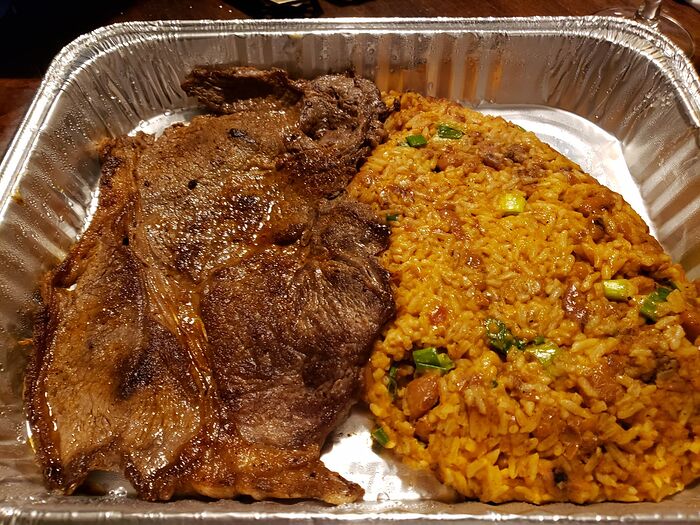 TY for bringing this thread to the top, @KAOSKitchen! I can’t believe I haven’t posted yet, as it’s been over a week since I finally went in… it’s not the ‘food court’ concept I envisioned, but it’s better, imo.

A friend was visiting and he suggested Greek Spot, but I had reservations at their place in Red Bank the next night, so I said we should go to IB and he could still eat Greek. In the end, we had the samosa sampler from Bombay River, Saltado from Tumi, and Pad Thai from Tiger Thai. An international mish-mash, but that’s the idea! We enjoyed all of it and there were leftovers from both entrees, which I enjoyed for lunch the next day, thankyouverymuch. I found the Pad Thai a tad sweet, but I know that’s how some places make it - just a preference issue. It was still tasty and I appreciated the separate container w the crushed peanuts in it for sprinkling on our respective portions. I’ll definitely go/order from here again and will try some of the other Tumi dishes, as I do enjoy Peruvian food and rarely get it!

For those who haven’t been, it’s NOT set up food court style - there are 2 big enclosed kitchen areas that obviously have teams from each restaurant, but you order via kiosk or from the staff at the main counter out in front.

Thanks for the clarification, we had visions of all food on display and picking what you wanted, like at the old Cuban Cafe

Well let me jump on the band wagon here. After being rather skeptical at first, the pizza place here was truly horrid, the place finally seems to be hitting its stride. While I have mostly remained a Greek Spot loyalist, I have been swayed by the family into trying a few places at International Bites and everything has been great. Most recently we had the Indian place, Bombay River? - and while it wasn’t Aarzu, it still wasn’t half bad. Honestly, I was surprised how much I liked it. I’ve also had Tumi(?) the Peruvian place and that has been FANTASTIC!!! Again, I’m not really sure what that food is all about, but everything I have tried has been fresh tasting, delicious and fresh.

Here is a picture from Friday nights take out order. Loved it. 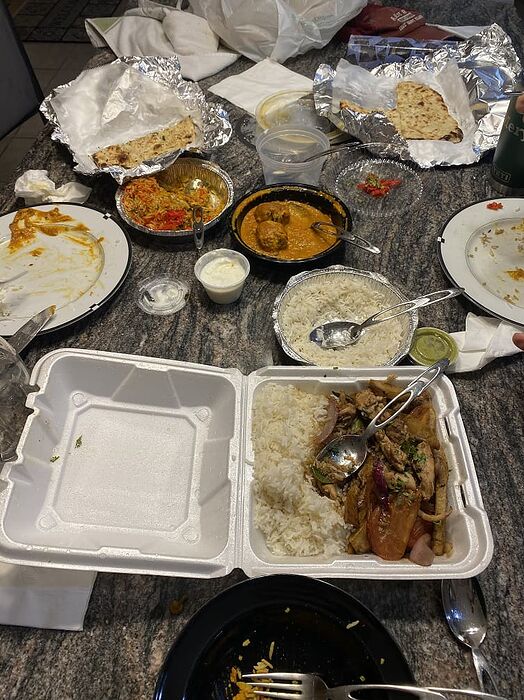 Glad you agree! I have to say that having eaten a LOT of Indian food over the years, nothing is going to be like Aarzu - but that shouldn’t stop you from trying more at Bombay River! Next time I’m craving those flavors, that’s what I’m going to do.

Went yesterday as neither of us could make up our mind after running some errands. Got the summer rolls from Tiger Thai, very good. Wife had the chicken tiki masala which she liked just not on the same level as her favorite in Hoboken from Karma Cafe.
I had the chicken enchiladas with green sauce, good stuff.

Each meal was enough for two sittings so we both got lunch and dinner from each.

It’s a good option to have and they were very busy while we waited between phone orders and walk ins.

Glad you liked it too! Definitely expect to wait if you don’t order ahead of time… the night I was there, it was a constant stream of Uber Eats/other delivery people in and out.

They just added a new place in there, Dimsum World

WHOOOOOA.
Have you tried it yet?

Correct, Tumi Peruvian has moved out and the Dim sum World has taken its spot. I was there last Friday night and they were telling me about it. Tumi & Bombay River have become two favorites in our home, with the Burrito being my son’s favorite from the Mexican Place there. The only downside that I see to this addition is it’s now 3 Asian (Thai - Dim sum - Hose of Poke’) so it’s starting to kind of lean one way. I would have preferred to see another “non-Asian” themed restaurant to join the group. Luckily, there still The Greek Spot next door.

No!!! Tumi was the closest Pollo a la Brasa to me. Oh well, looks like it will be Perusa or Don Pepe now. Thanks for the update.

YUP!!! I was originally turned onto some of their rice and chicken dishes, then one time I decided to just try their rotisserie chicken and wow was it good. I’ve become so grossed out by Boston Market chicken that it was great to have such a good, flavorful roasted chicken. Where is Perusa? (sure I can google it)

I was gutted when I found out Tumi was on the way out (their other location is all the way in Elizabeth!) – I officially dubbed their sopa a la minuta as my favorite “sick person” soup. But I did get excited when I saw they were replaced so quickly with the dim sum restaurant. I had been craving pork soup dumplings ever since I saw them made on “Girl Meets Farm” on Food Network last weekend. I ordered last night, and I have to say they were crazy good. Interesting note: my to-go order came with a menu, and they had a huge list of drinks (bubble teas, slushes, etc.) that were not available to order on the IB website. Maybe they’ll be introduced at a later date?

Perusa is just north of the Route 33/34 circle in Wall. We go there often. I’ve never had the roasted chicken at International Bites but like Perusa’a very much. This is a picture from a somewhat recent visit posted on the Perusa thread. 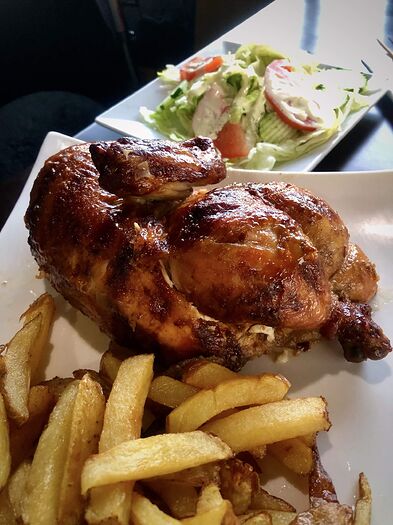 Let me know if you ever want to meet up for dinner. It’s about 10-15 minutes from my house depending upon traffic.

Interesting and will do thank you very much!

I sent a note to Tumi Peruvian to ask if they were opening elsewhere in Monmouth Cty; here’s the reply I got:

Thank you for your email. It was sad to close that specific location but it had to be done. Sales were low and not profitable. We want to be back soon and are looking for a place of our own to give you a better dine in and take out experience. We want something on our own where we can control things better and definitely get you the best as you walk into the door. There will probably be nothing until about Springtime. Will email everyone the new location. If you see a location that was a restaurant/deli or anything food related let me know.

That’s pretty much the story I received from Int. Bites owner. They were expecting revenues similar to a full sit-down restaurant and that model won’t generate that. The owner indicated he thought they would probably try opening up a independent location, so I would say the stories match up!!

There was a bar/pizzeria on 35 north just north of West Park. It;s been gone so long I’ve forgotten it’s name. Last time I looked the location was vacant.