Instant Pot Dutch Oven: What do you think?

Many people love Instant Pots and many more love enameled Dutch Ovens. What do you think about combining them? 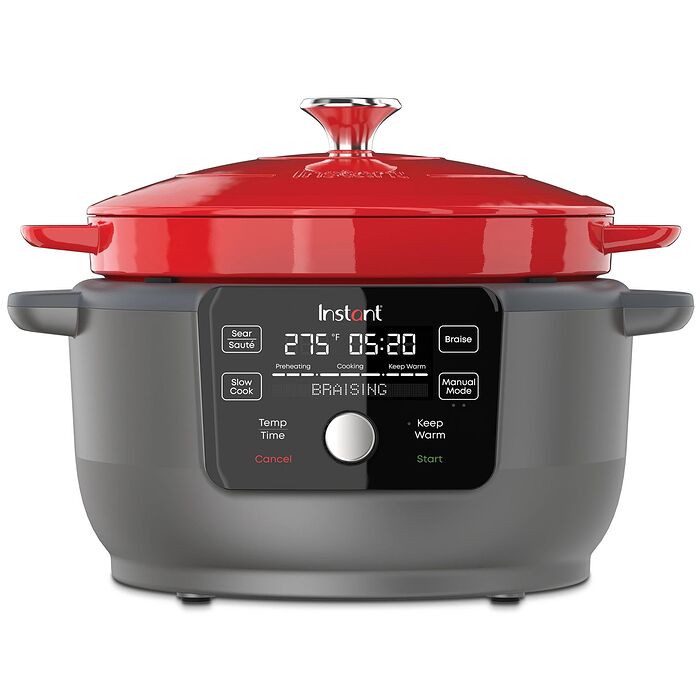 You’ll get precise control and gourmet results for braising, slow cooking and searing/sautéing. I take it that you are not a fan of Instant Pots?

I have two stove tops and two ovens. They all offer way more heat/control than a 110v all in one appliance. So what is the point?

My guess is it does a lot of things pretty well but will fall short of perfection in most categories. That is not bad if you want to avoid extra appliances and cooking vessels, heating up your kitchen, and having to squeeze cooking into a busy day.

The point is tha tbit everyone has the time to be able to babysit dinner on a stovetop or in the oven, and IPs do a really good job of turning out really good braises and stews.

Do you really need to babysit stovetop or oven braises/stews? I don’t. But if you feel the need to spend a couple of hundred bucks on another countertop appliance that is less capable than a pot on the stove, or in the oven, go for it.

I don’t have an Instant Pot and don’t plan to get one.

Here are musings on the declining popularity of the Instant Pot. 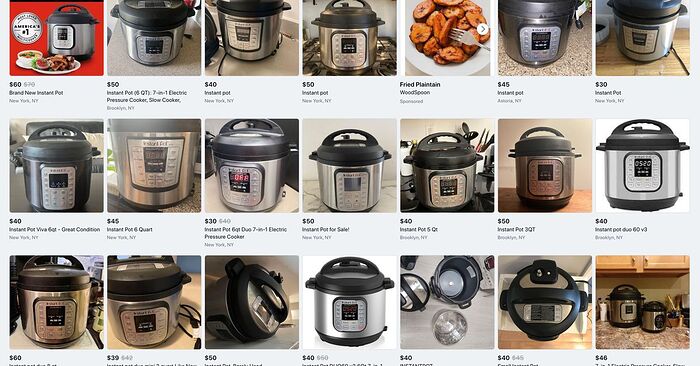 I’m Finally Getting Rid of My Instant Pot, and I’m Not the Only One

I don’t have an Instant Pot Dutch Oven and have no intention of getting one either. But not everyone has the luxury of retirement or working from home on company time. I can see where it comes in handy for a lot of people no matter what their walk in life. To say anything else is just downright snobby.

not everyone has the luxury of retirement or working from home

Granted. So are you talking about a crockpot recipe? Or something that requires an IP at 3 to 5 times the price?

What is the difference between an instant pot and a pressure cooker??
As far as set it and forget it, I do the same with my pressure cooker. I put everything in it, lock it, put it on the stove and leave it alone for the appropriate amount of time.

My electric pressure cooker from Aldi (a straight up knockoff of an InstantPot) set me back all of $49.

Even though theres no office for me to go to, its normal for me to not be home for most or all of the day, so no, i cant babysit a pot on the stove or in the oven.

I also dont know why you are deriding methods of cooking that have been around for literally decades and are commonly used around the world.

This seems like a strange combination to me. I think of the instant pot as something used to cook quickly and the dutch oven for low and slow braises. I’m also not a fan of ECI that isn’t Le Creuset or Staub, simply because I’ve seen less expensive brands that are already chipped in the stores on display.
I’ve been considering an instant pot and might just ask Santa for one this year, but not this particular combo.

Depending on how/what you cook, this could have a place in the kitchen.
It’s not a bad idea for warmer months so you don’t heat up the house too much. Also, if you use propane for cooking, this can save time and money because the oven or burners aren’t on for several hours.

The CI vessel can be used in the oven or on the stovetop if you’re not using the base.

I can see the convenience of just lifting the pot our and setting it on the table…and economically might make sense if you didnt already own a cast iron Dutch oven…but since I already own a crock pot and a Dutch oven, Im not their market.

But i don’t mind doing pre-sear in a separate skillet, the times I’m using slow cooker. Usually when it’s so hot that the AC is struggling and I don’t want to use DO in the oven, as others have alluded.

Now, I do still like my pressure-cook type Instant Pot and use it for something about 2-3 times a month. But even when doing something needing pre-sear (goat stew, oxtail, whatever) I still sear in a big skillet rather than using the IP’s sear function. Not enough surface area and temp control.

Am I missing something ?

What’s the difference between a pressure cooker (which I also don’t own) and an instant pot ?

What’s the difference between a pressure cooker (which I also don’t own) and an instant pot ?

Instant pot is more expensive and does more (provides higher pressure) than a pressure cooker.

Think of it like this. There are rice cookers that just cook rice, then there are fancier ones like those from Zojirushi that cook not only rice, but things like porridge, warm foods, oatmeal, bake, etc.