In search of the best pastrami sandwich in the Washington area

Pastrami on rye with mustard, nothing more. A pickle bar would be nice, too. I had a sandwich at the Parkway Deli and the pastrami actually had been pressed! I need help. I’m thinking of Stachowski’s and Loeb’s, of course, and will try to scan barbecue places for their occasional pastrami specials, but I need help.

Do they sell sandwiches?

No doubt in my mind: go to Deli City in NE DC. Only Monday thru Friday for lunch. Best is to ask for half corned beef and half pastrami, the best of both world.

Loeb’s is awful, Stachowski is weird, with half of it being as tough as nails. The other half is not good enough to compensate. Tried it twice, I would not consider getting it again.

Have you tried Red Apron? They closed their Union Market location, sadly, and it seems the Penn Quarter one still hasn’t reopened. But the Merrifield VA location has “Hot Wagyu Pastrami” on the menu, though it’s currently out of stock, apparently. I have not had it, but everything else I’ve had at a Red Apron location has been excellent.

I wish their bread was better. Rye bread should be more robust.

Pastrami is another one of those things which inspires very passionate opinions. I’ve tried some in the area and don’t think I’ve had a great Jewish deli version of the sandwich here. Parkway doesn’t do their own brining by the way; they just buy pastrami as a finished product and serve it as is.

2 other places which haven’t yet been mentioned are Wagshal’s and Call Your Mother.

While Call Your Mother is not a canonical pastrami sandwich, it’s probably the one I end up eating most often in the area.

Terrible rye bread is indeed a problem for a LOT of delis, including for some of the most beloved delis still standing in NY. I will make allowances if the pastrami is truly great (very rare) but it’s still something which has bothered me for years.

Steve, i could not disagree more. Deli City’s pastrami is cut very thin and is crumbly. I prefer their corned beef, but neither measure up to me to their fans.

On the other hand, in the 20 or so pastrami over the years at Stachowski I have never had the experience of hard buts Steve reported. And in fact i have heard the comment from another food acquaintance. All i can say is i have never experienced. One time i did get a fatty sandwich. But all the rest of my experiences were similar: spectacualarly smoked meat, toothy, with a spiced crust second to Katz’ IMO.

I have not been to Wagshall’s.

I have absolutely had the same experience as Steve at Stachowski’s, with there being gristle mixed into the pastrami, which is why I don’t order it anymore. However, one day a year on St Patty’s day, they make corned beef and it’s good and didn’t have the gristle (must have been a different cut, which is normal actually).

Most Jewish style deli’s (of which Stachowski’s is not an example) do not make their own pastrami, Katz’ included, although they order it to their recipe. Katz’ is great. Most of these places do make their corned beef.

Chutzpah in Fairfax is decent even though not everything is good, the service is surly, and while they know to wear gloves, they touch phones and doors and then go back to touching meat (with the same gloves). They order their pastrami too but it’s good. Matzaball soup is good.

Well, it’s good to know everyone is in agreement. It looks like I have some eating to do. Many thanks to all

There is an Attman’s in Potomac, MD. I have only been to the original Baltimore location. Famous for their corned beef of course… but hot steamed pastrami there is serious as well.

Theres a Facebook group ‘Save The Deli’ that picks up a lot of lesser known delis all over the country.

I went to the one in Potomac. Better than Parkway but not quite great. I’ll do a post on it soon.

I’m getting lots of recommendations, and should get through them all in the next hundred years or so, what with other foods to survey. I have found greatness, however, so stay tuned.

The pastrami sandwich at Attman’s – 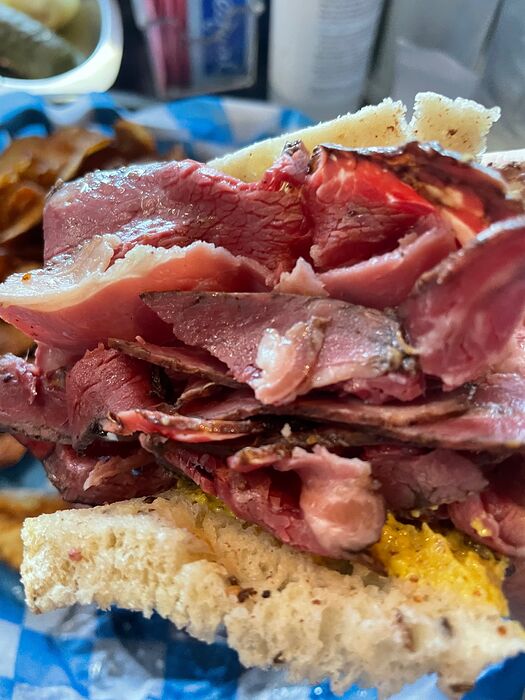 attmans pastrami1920×2560 378 KB
beautiful, no? And they have a pickle bar and good corned beef and chicken soup
compare the pressed pastrami at the Parkway Deli 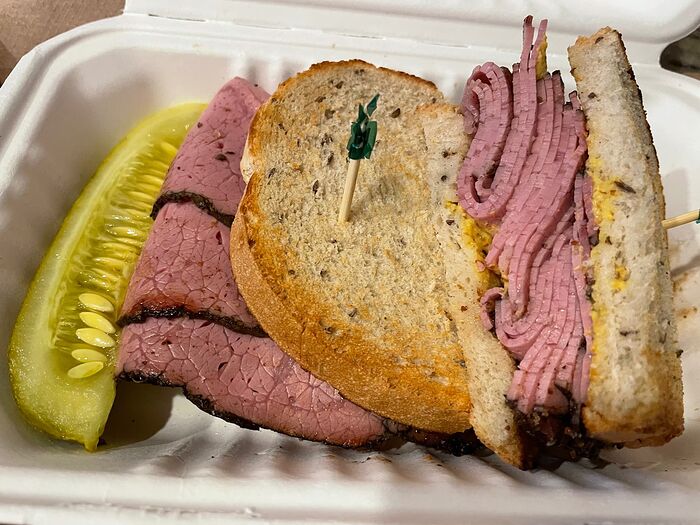 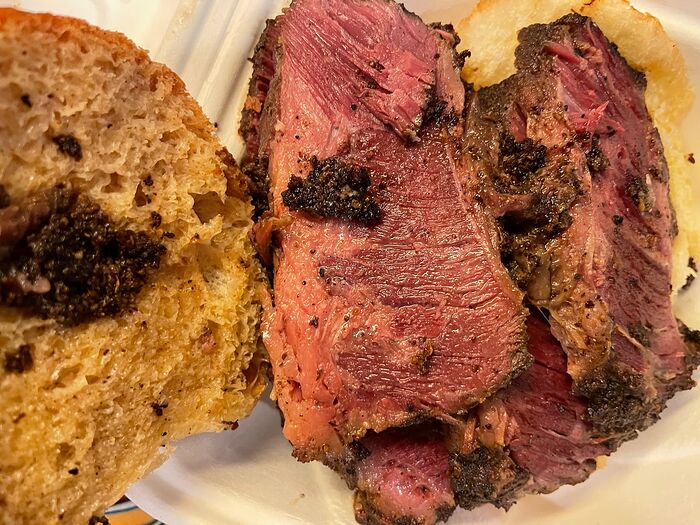 silver and Sons pastrami1920×1440 393 KB
Thick cut pastrami hot from the Silver and Sons smoker. The food truck hits locations in Montgomery County, and the pastrami is on a whole new level. They use short rib.

Great pastrami does indeed exist in the Washington area.

Yeah, living in Loudoun Chutzpah is good enough for our deli cravings. Used to go to Loeb’s every once in a while when I went downtown every day and enjoyed the chopped liver – don’t think I ever tried the pastrami.

Can’t say enough about the importance of good rye. Grew up in RI with the legendary sissel bread and find most ryes today to be woeful. Had the pleasure of trying Langer’s in LA last fall and not only is the pastrami superb, but the rye is strong too.