The images are being migrated to a new server over the next several hours. There should be no user impact. But if you see any broken image links, please let us know. (Rest assured that even in the unlikely event that the links are broken, the files are still there.) Thanks.

This should be finally complete. There shouldn’t be any broken image links on the site any more. If you see any, please let me know. Thanks.

Longer version. During HO’s first few years, images have been stored in a combination of forum server and Amazon AWS. Its somewhat unwieldy to have files in different servers even though there is no impact to the end user. That plus cost concerns is what prompted all the files to be migrated to one server.

Now that its done, its actually much easier to administer the file server given its centralized, and its much easier to do regular backups, and allow the site to have a much simpler CDN setup (content delivery network). (IT folks rejoice…)

There is a final, minor step of rebuilding the smaller preview images of older posts. That’s not time sensitive though, so it will just be done over the weekend. The server will have to go down twice in the evening Pacific Time for 20 minutes over the weekend. The timing will be announced.

There is a final, minor step of rebuilding the smaller preview images of older posts. That’s not time sensitive though, so it will just be done over the weekend. The server will have to go down twice in the evening Pacific Time for 20 minutes over the weekend. The timing will be announced.

Revision: the server won’t need to go down. We are running the process now in the background.

RAndom curiosity…why is the HO logo shaded in all topics? Right now under LATEST topics, the logo is completely faded.

Right now under LATEST topics, the logo is completely faded.

Can you do a screen capture to show? For me it is totally fine.

Ah that, isn’t the logo a place holder for an image or a photo, if there is, in the post? I guess it is intentional to be a tint, not to be too dominant, but I will let @hungryonion clarify this.

The logo has always been in full color, not faded. Right now, it looks like the topic is closed in a faded form. The links work fine, its the fading logo thats odd.

What changed is that before yesterday, only the regional board topic lists display this thumbnail. Now, all the topic lists do.

The faded appearance is now gone.

Faded HO logo is gone on iphone but present on ipad

Do you have a screenshot?

It’s happening (again) on Firefox as well. The screenshot I posted upthread still represents what I see.

This is what I see, under LATEST. 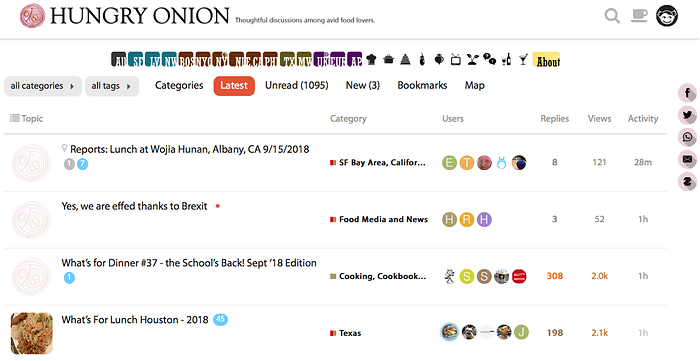 If you are referring to the faded logo next to the topic title in the list, that’s intended, for the reason that naf quoted, so the logo (as a placeholder) doesn’t take up too much attention when the topic doesn’t have a picture in the first post.

To a forum newbie like me that faded HO looks like a closed conversation. Just my impression. And against the other f/c images looks visually out of place.

How about now? Is it more intuitive?

A light white box vs a faded logo…let the community decide. One may be a lonelier number🎸 but I believe logo/branding matters.

On iphone I still see a f/c HO logo. On ipad a light white box.

Now it’s a pale box of nothing. Because I have a memory like a sieve, I cannot remember what icons were displayed to the left of posts before - the icon of the OP? But it looked better than this. This…does not look good. I’m also a little confused that you referred upthread to the logo being a “placeholder.” For what? 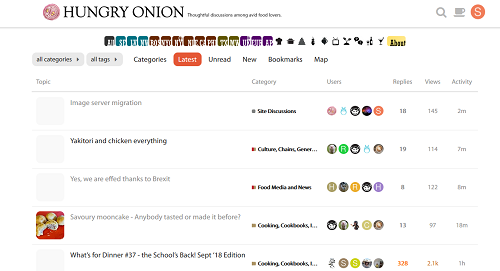 If the list stays the way it is, I of course will just get used to it. No biggie.

Back to the onion it is.

By placeholder, i just meant that if there is a picture in the first post of the topic, that’ll show as the thumbnail for the topic in the topic list. if there isn’t, then the onion acts as the ‘placeholder’.