A friend asked me if I knew what the green vegetable in this photo might be. She says a Vietnamese friend identified it as a type of squash. Raw, it tastes between a cucumber and a zucchini. 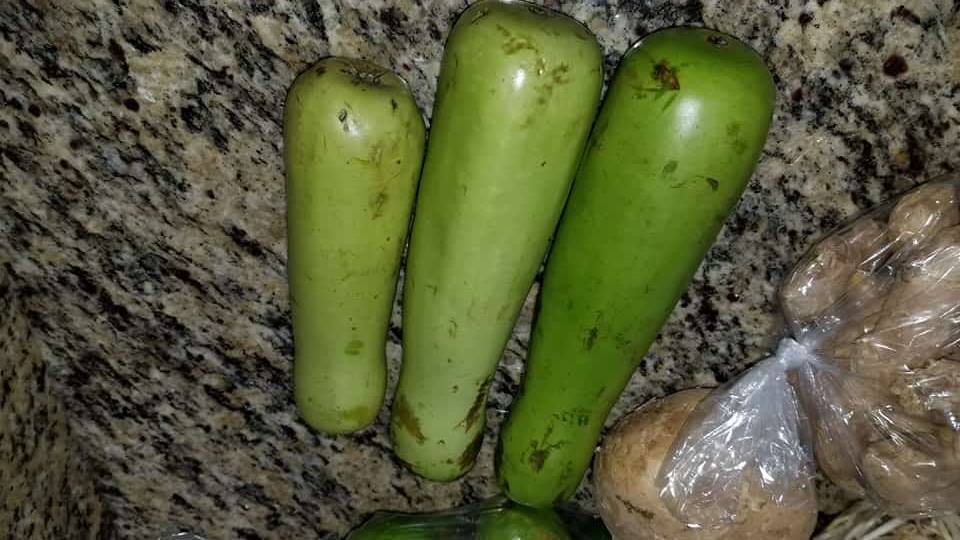 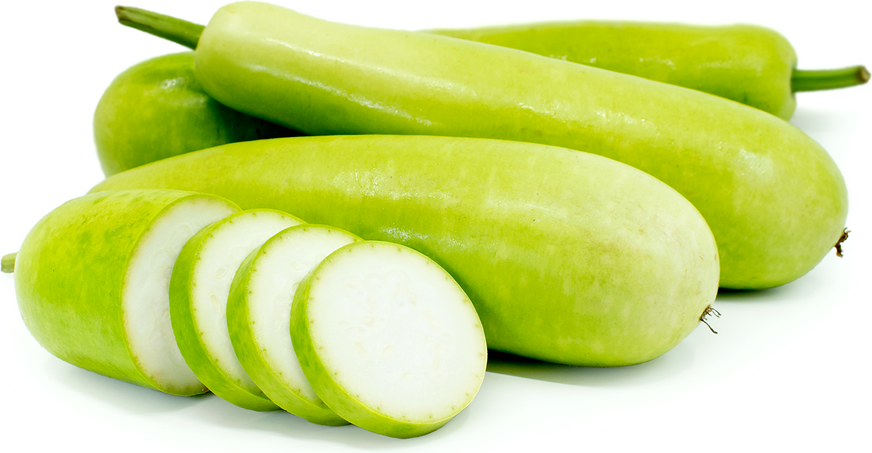 Opo squash has a lengthy, cylindrical-shape and is typically harvested when ten to fifteen inches in length. Its smooth skin varies from a light green to chartreuse... 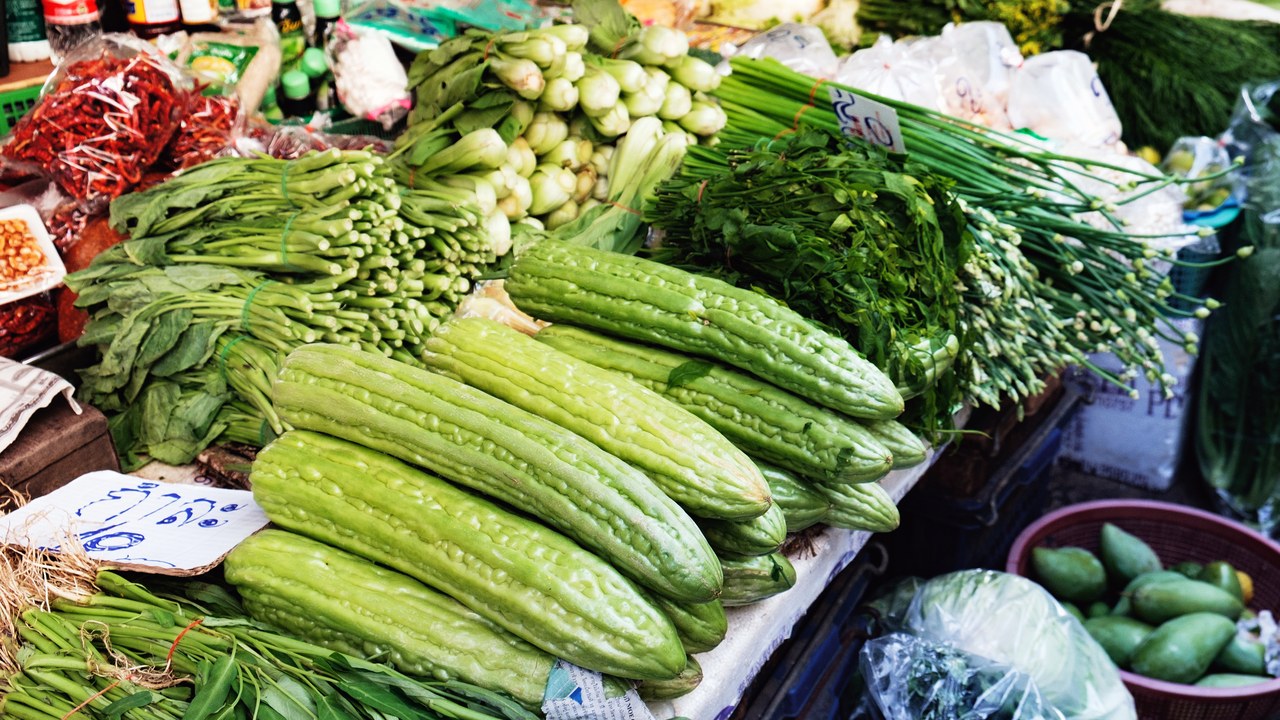 11 Unique Types of Asian Vegetables and Produce to Try

Everything you need to know about produce from China, India, Malaysia, and other regions.

you are probably correct
It is also used by the filipinos with ground pork
Personally, I use more garlic and also like to a add fermented shrimp paste , then adjust salt, fish sauce or soy sauce seasoning after I add the shrimp paste as it tends to be salty. 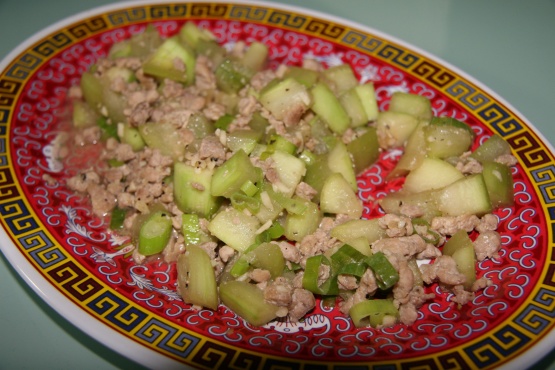 Opo is an Asian squash with a flavor similar to zucchini. It looks like a long light green gourd. To prepare, I rinse, peel, seed, and chop into 1 cubes. I often stir fry this or put this in a simple soup with ground pork and onions.

Thank you, @JMF and @ccj - my friend thinks you’re right and is looking forward to cooking with this new-to-her vegetable.

They are opo squash. Used in indian and asian cooking. I like them in asian style broth based soups, or i cook them indian style with onions, tomato and lots of spices.

Those look like they’ve been around for a few days. When you buy them, look for Ones with few/no blemishes and no soft spots.

I’m not sure whether to start a new thread or make this a continuing identification thread, so here goes.

A friend who knows we like hot peppers, but is not so inclined herself, got these for us at a farmers’ market. I’m pretty sure the small one is a habanero, but can anyone identify the larger ones? 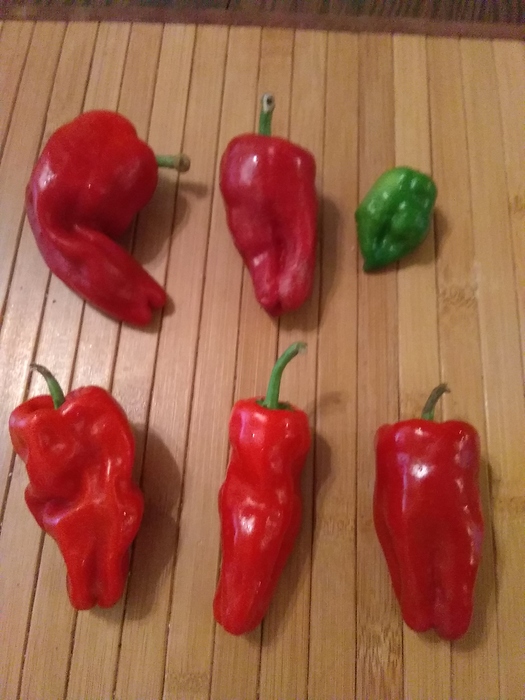 could they be pasilla? 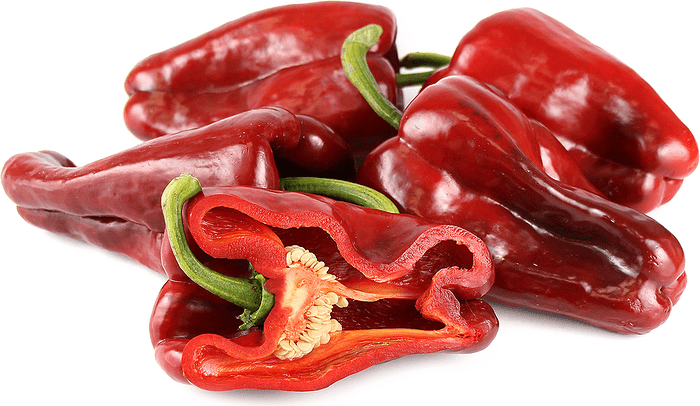 Red Pasilla chile peppers are large, curved to straight pods, averaging 12 to 22 centimeters in length, and have a wide, conical shape that tapers to a rounded...

That seems like it could be so many things; they both could. Have you tasted? It may not matter what they are called if you like them, but @bogman might have some ideas.

You got me. I’d never heard of a Red Pasilla pepper. The only Pasillas I’ve seen or grown are dark chocolate colored and thinner. Looks like these are in the Ancho/Poblano group, or hybrids therein. Ausilio Italian peppers can get that shape, but tend to be blockier. Most of the Ancho/Poblanos have a pointed tip; but others are blunt, rounded. There is a Red Poblano that looks a lot like those. Since Pasillas, Anchos and Poblanos are all dried, maybe that’s where the Red “Pasilla” got mixed in. I don’t know.

One site says, “When found fresh in markets, the red peppers labeled as Pasilla are actually mislabeled and are truly red poblano peppers.” So they’re probably red poblanos. That would make them not very spicy, which is useful to know.

Sounds right to me. I grow poblanos and let them ripen, and some look like that, but couldn’t it be a sweet(er) pepper?

Yeah, they look like sweet Gypsy Peppers to me, so the heat will distinguish them to some degree. 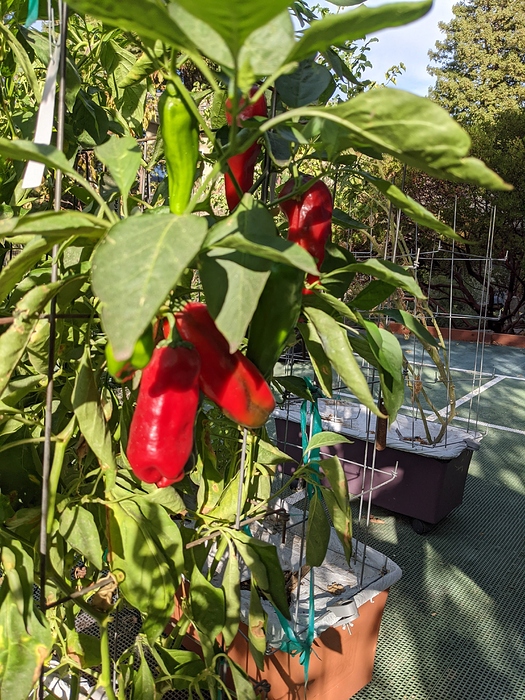 shrinkrap, Cornos are usually very pointed and long, at least all the ones I’ve grown, from Italian seed, look like their namesake “Bull’s Horn”. Looks like the other peppers on the plant, in the background, might be pointier. Where did your seed/plant(s) come from?

While the mystery pepper could be Gypsies, Gypsy peppers tend to have straighter sides and less angle to the pod. Most growers market Gypsies at the yellow-green stage to maximize profit and yield. I grew Gypsy peppers when they were newly released, many years back. However, they were not my favorite for flavor. Being hybrids, seed could not be saved.

Yet another possibility is that the farmer saved seed improperly and the peppers in question are some “who knows?” hybrid.

Where did your seed/plant(s) come from?

Good points (haha!) I KNEW you would know things! 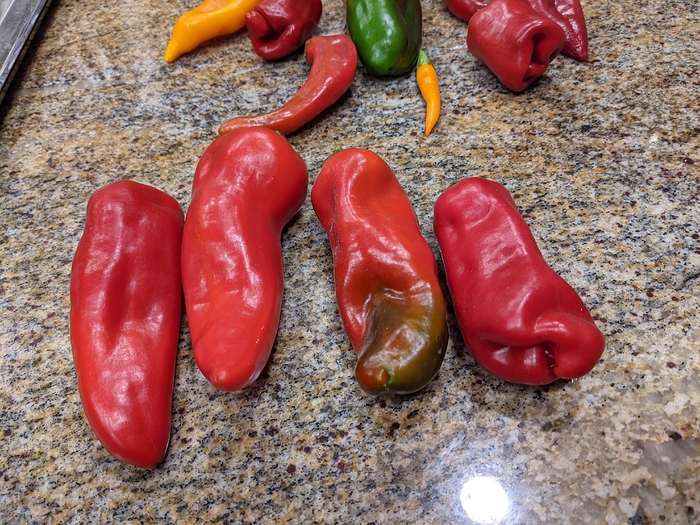 I do believe the ones earlier in the season where shaped more consistently.

I believe some of my seeds were from Franchi/Grow Italian, and some were from Johnny’s. I also got a yellow one 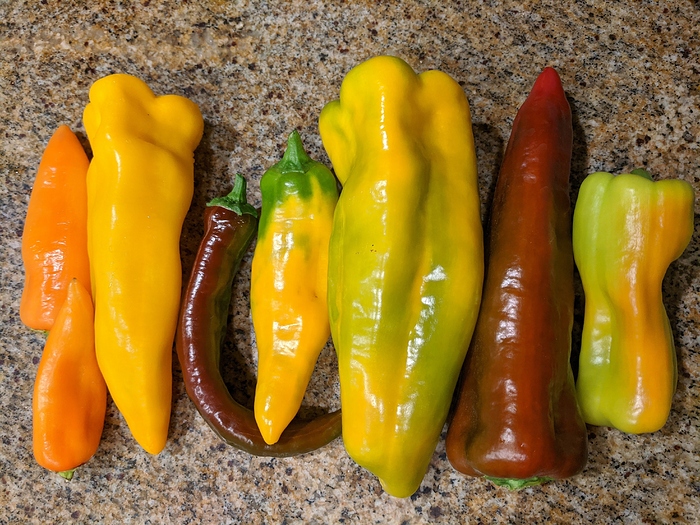 This is what my “Baron” Poblano’s looked like then. Obviously these were not ripe, and had a bit of BER. 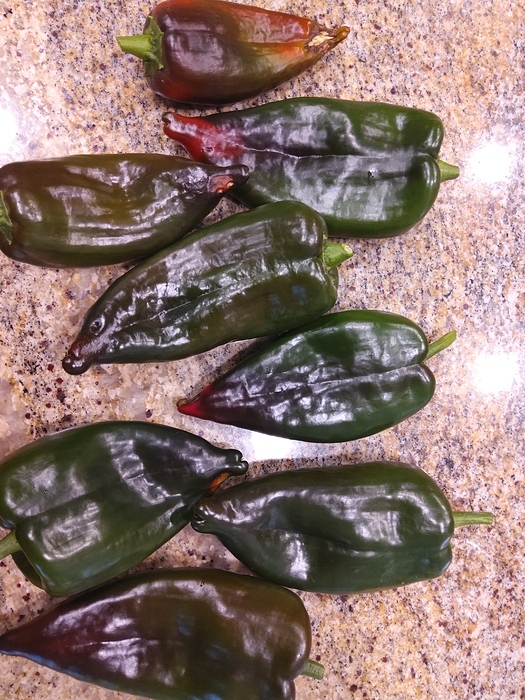 How about ripe cubanelles? My "Nassau " cubanelles, also from Johnny’s, had blocky bottoms. I don’t have a picture of a ripe one. 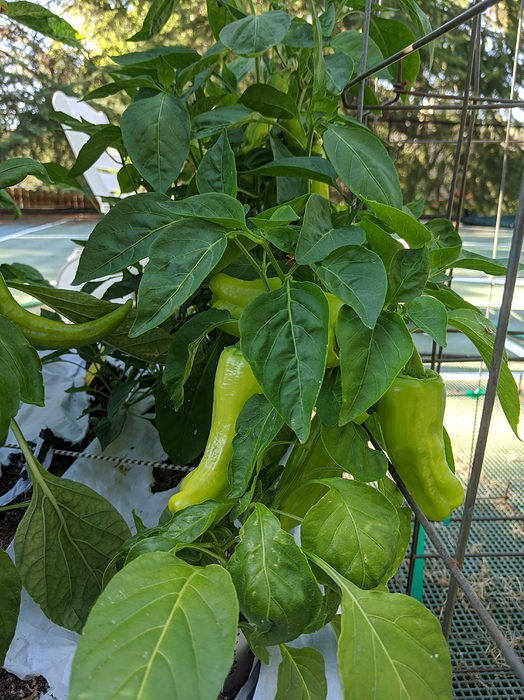 When I get blossom end rot on tomatoes or peppers, which is usually a calcium deficiency, I use a foliar spray of Calcium Chloride, a.k.a. “Rot Stop”. Never spray this when it’s hot and sunny! Best as an evening foliar spray. It’s much faster at stopping the rot than applying lime to the soil. Peppers do need a fair amount of calcium.

Johnny’s and Grow Italian are great suppliers. I love the huge number of seeds in a Franchi packet, compared to the stingy American companies!

I do have a CalMag solution. I’ll see if it works as a foliar spray. I usually add it to the reservoir of my planters, but usually only after I have a problem. Maybe t do it BEFORE 8 see a problem. At least I am getting better at seeing the problem.