Thanks for the Monoprix tips, will try it!

We don’t know anything about various butters, but your suggestion about small creameries makes sense. It’s all in the milk – whether the herd supplying it was feeding on grass or silage. The larger the creamery, the larger the volume of milk being processed, and thus the less likely the various combined milks’ individual characters come through. That reminds us that once in a New Orleans restaurant during Autumn, we thought the butter tasted of caramel and asked – the answer was that the herd was likely grazing in sugar fields on stumps of cane that had been recently harvested.

I heard this the other day: https://www.splendidtable.org/story/writer-s-worldwide-search-for-perfect-butter-ends-in-vermont

The challenge with local hand churned butter here is that much (all?) of it is bought up by some high end restaurants (for example the french laundry buys up all the production from a couple of places).

Ha, that’s the butter I was just referencing at TFL.

They haven’t had it on my recent TJ’s trips. I assumed it was discontinued. But I like their other European butter.

Picked up this yesterday at my favorite store, ShopNKart- 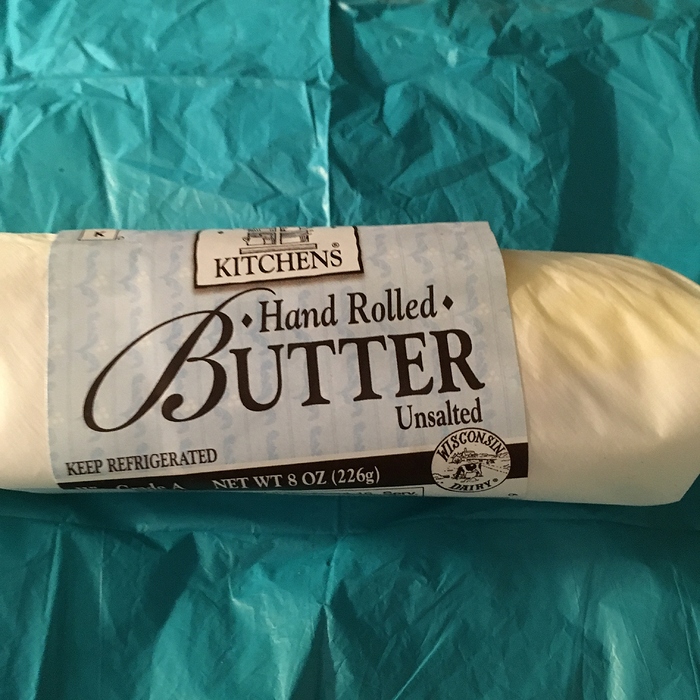 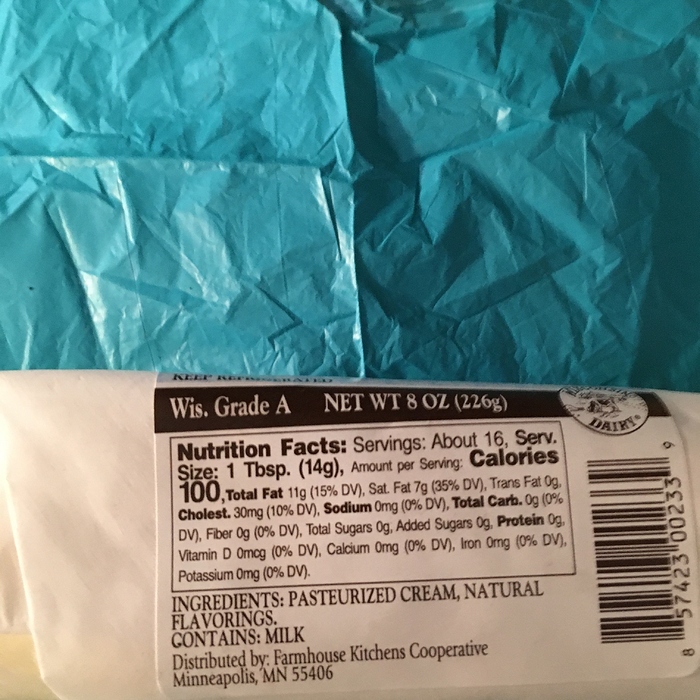 I just picked up these two at Wegmans. The Wegmans French butter is $17.99/lb (my container is about a quarter pound), and the Vermont Creamery butter was $3.19 for two sticks (1/2 lb).

I cut off a small slice of a fresh batard and put some of the French butter on half. Very creamy, a tang of salt, and a hint of grassiness to it.

The Vermont butter is milder, but just as creamy. It didn’t make as much of a statement as the French butter, but it’s good. Would like to compare both against President, but I don’t have that one right now. Will be interested in trying both on toast or putting a pat on a steak. 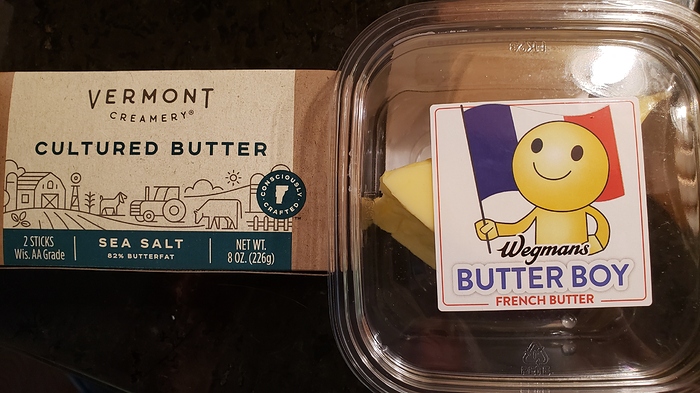 This is a love letter?

You have the cutest looking butters…

The Vermont butter is milder, but just as creamy.

I saw that in my Stop and Shop and wondered about it.

And that is the taste test!! I did the toast version with Kerrygold and President and the Kerrygold had an aftertaste I was not happy with. The President made me sigh…

I believe Kerrygold has diacetyl added to it for fake buttery flavor.

Is there butter primer available so I can learn more about a subject I know little of?
What to look for and how to read the fine print?

Also, whether the butter is cultured or not. Cultured butter will have more of a tang to it.

I agree Rainy. My local gourmet shop carries this butter and it’s a delicious treat.

We used to bring Bordier and Beillevaire butters home from France. (FWIW, they traveled well in a cold pack.) A couple of Bordier’s flavors are interesting but Beillevaire’s basic butter is, I think, much better.

That said, we have extraordinarily fine butters being made right here at home. Local farmer’s markets sell ethereal butter, albeit not inexpensive. For a dinner party, I bought a half pound at $9.00. The full pound was nicer looking, a thick round pat, but I thought it was kind of ostentatious. Our guests inhaled the half pound with a homemade loaf. So much for modest and discrete presentation.

But the point is to look at your local farmer’s market for surprisingly good and honest product.

There’s a recent book entitled “Butter”. I was given a proof copy a few years ago. It’s a memoir/history/cookbook. I think your cholesterol rises and you gain weight with every chapter!

Do NOT read if you’re hungry, or trying to eat healthily.

I just found Kerrygold butter at my Costco in New Jersey. I don’t remember what I paid for two pounds of it. The ingredients say pasturized cream and salt.

Just got this one. Haven’t tasted it yet. It’s from Normandy. Looked kind of like the one Rainycat posted but not round! 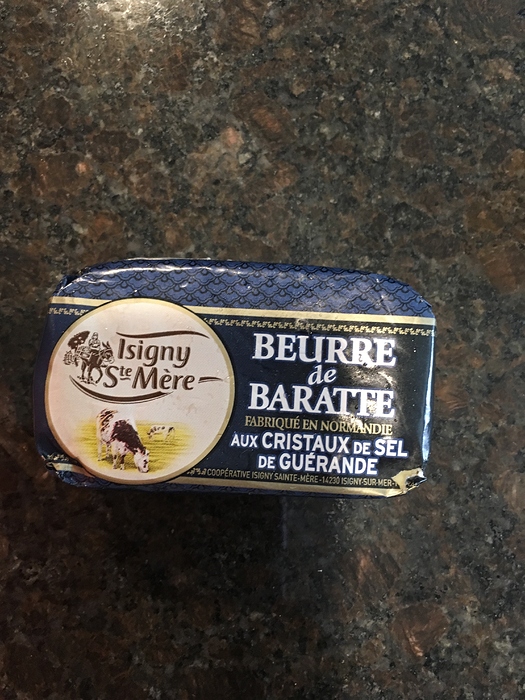