How to Make Restaurant-Quality Burgers at Your Backyard Barbecue

How to Make Restaurant-Quality Burgers at Your Backyard Barbecue

What’s more iconic than the burger in American cuisine? No matter where I am in the world, sometimes I just need a burger, as stereotypical American as that might sound. There is a reason burgers are one of the most popular foods to cook on a grill....

I admit I’m not a burger kinda guy. Or a steak kinda guy either.
But, I’m occasionally found at the charcoal grill doing that thing us guys do, grilling burgers and, sometimes, steak.

What fascinates me though is this article by the daily meal claiming something other than my personal experience.

I mean, my search for daily lunches out and about usually leaves me yearning for the deliciousness of my home grilled burgers. Not the opposite.
And, admittedly, not a burger kinda guy, I will only occasionally back down and order a burger out somewhere where there isn’t much of a choice on the menu.
Although there’s much to be admired in a menu that is plentiful yet not excessive, to obviate stress.

I’ll also admit that I don’t have a penchant for toppings, finding them obstrusive. Seeing them as an effort to hide blandness.

I’ll, maybe, enhance with a slice of raw onion. Maybe a slice of garden tomato in August and September. Never ketchup, mustard, or really anything else. I see the option for cheese as a very personal and intimate choice one makes on their own terms, but, I’ll pass.

Salt is added In my burgers, not just On my burgers while preparing, not while eating.

A large bowl of sour kosher dill pickles, cold and crisp, is a must.

But, if the daily meal sees that giving instructions to making sub-par restaurant-quality burgers, instead of the more delicious ones I find at home, perhaps I’m missing something.
?

Kenji seems to disagree with you on the salting: 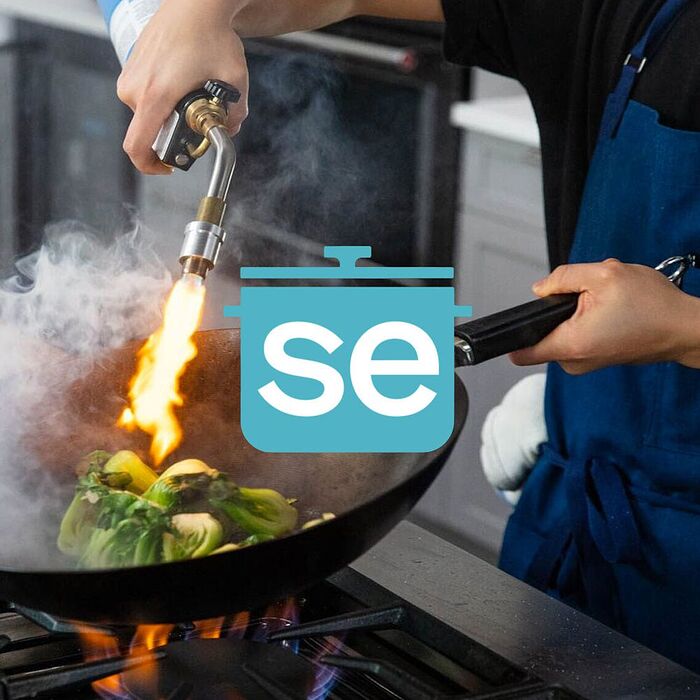 Smashed burgers, cheeseburgers, turkey burgers, veggie burgers, we're pretty much crazy about all burgers. Get recipes for all of these burgers and more.

I read the article as pretty much doing what you want regarding accoutrements. I like all manner of good things on a burger but if one doesn’t, well… Oh, and we grind our own meat and don’t experience “blandness.”

I thought the article was pretty boring actually

I mean, my search for daily lunches out and about usually leaves me yearning for the deliciousness of my home grilled burgers. Not the opposite.

I agree with you. That was my first thought reading the headline: Where can I find a burger better than the one I make (since I make mine just the way I like them?) It’s not just a matter of condiments. Restaurants have grind too much meat all at the same time, grind it too fine, make the patties too far in advance, make them too big, too small… Also, there are only some kinds of (toasted) bread or buns that I think work well with a hamburger, and not amny restaurants serve them.

Actually, the article was boring. And I haven’t found much to praise Kenji for, or about either. As well as a purposely and purposefully written and illustrated article that has little to do with our home reality. Especially since he claims that during this one time (?) he is, “bending to the wills of the” ‘well-done’ crowd. That alone dismisses everything therein.
As for your grinding your own meat, that’s exactly what I meant. Homemade burgers are not bland. Unlike restaurant burgers that often are. So we agree.
As for salt. Well, it’s been argued back and forth for a long time.
Since I grind venison with some beef fat (and a little beef) at a course grind, with sea salt, I haven’t experienced what Kenji so scientifically showed.
Even if just beef, or venison and beef, I sometimes grind onion into the mix. Sometimes adding just a little green bell pepper as well

Accoutrements are a personal level choice.
Do as you please, including mayo (or as they call it today, aioli) just please, Please don’t put lettuce on a hot burger in front of me. BLECH! Wilted, watery, cold lettuce ruining a perfectly good burger… blasphemy!

Shake Shack. Hmmm… not a fan. 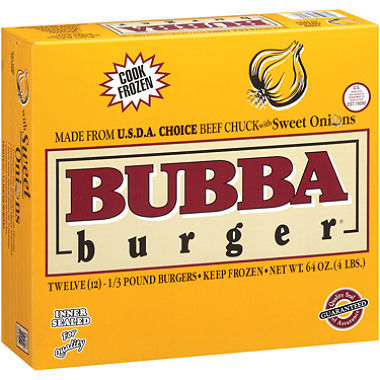 Just to make you cringe, here’s a photo of a typical burger that we turn out 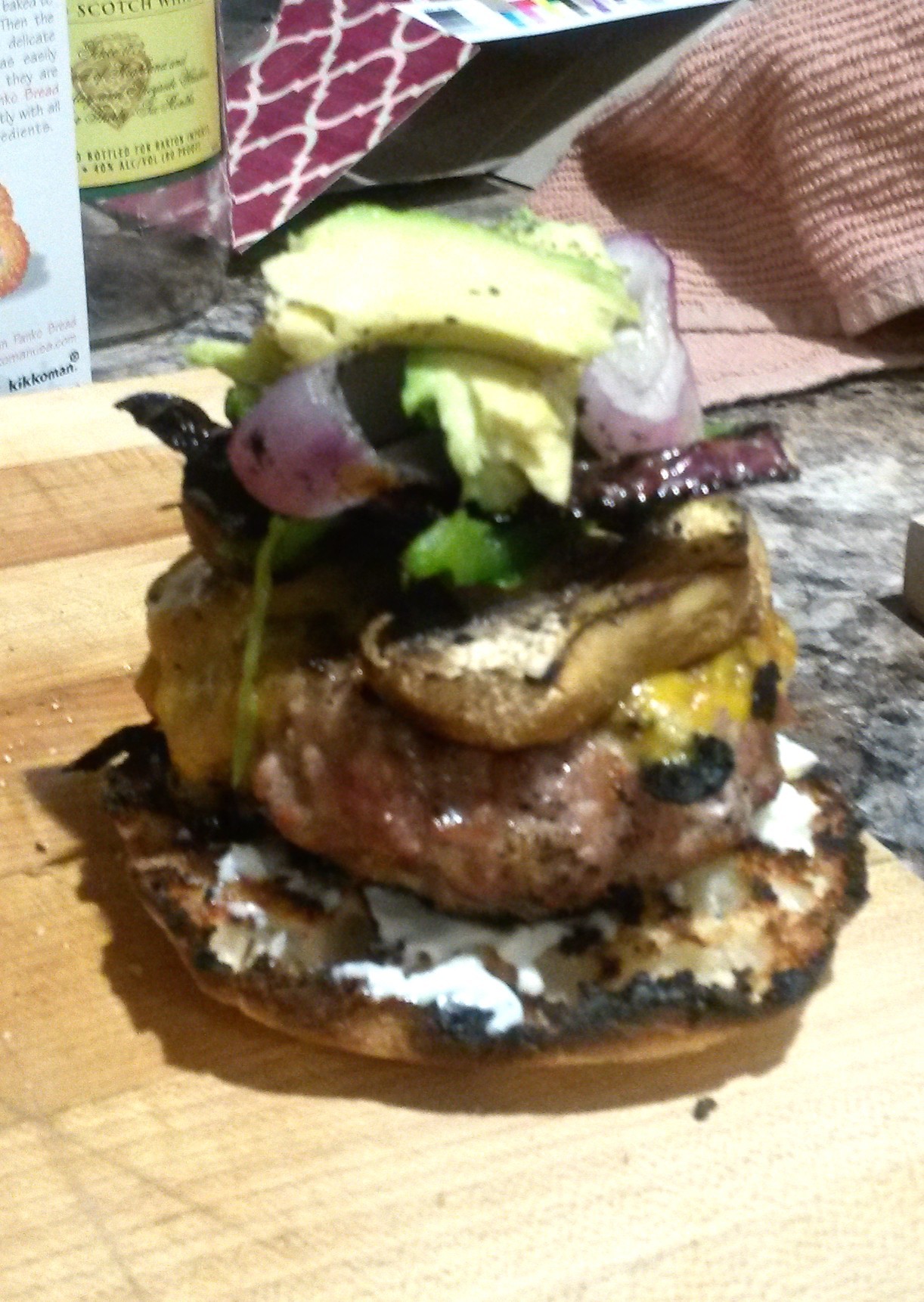 I like the english muffin, but where’s the top?

It’s there. Just waiting patiently for everything else

I rarely do burgers on the grill . The fat just drips out of them . But when I do grill them . I’ll smash the patty super thin . Salt both sides and cook over the hot coals flipping once . Onto a shitty burger bun . I like the cheap ones , ketchup and mayo . That’s it . A grilled burger sandwich .

I rarely do burgers on the grill

I always do burgers on the grill, I use hamburger of course, minced garlic, salt, pepper cayenne pepper, jalapeno’s, worcestershire sauce and onion. Mix together make patties then put a thumb indentation in the middle and chill in fridge of two hours. Outstanding grilled burgers!

When we’re traveling and if I don’t have a grill available, I’ll cook in a CI skillet. I guess since the heat is sufficiently high I don’t have fat in the pan. Mayo only

Unless it’s a beef burger (ours are usually pork) and then it gets some horseradish too.

Ditto but the grill does add flavor. Usually use a cast iron skillet or camal

I like to think of burgers in restaurants a little like movies. There’re all kinds, tastes vary, and anyone can make one. But IME the really good burgers are like great comedies–extremely few and far between.

My “At Home” burger of late is 80/20 grind, to which I add a handful of breadcrumbs, a shake of powdered parmesan, 1 raw egg/pound, and a little minced shallot. I work it all with a fork, divide into balls, smash those into 1 inch-thick partties (thicker at the edges to allow for shrinkage) and season with Johnny’s Dock salt. They sit, formed, or at least 4 hours in the fridge, and then or another hour on the counter before they hit the gridiron. When the crust is right, they’re removed to indirect heat until they reach the ordered done-ness.

Kaleo, no offense meant truly, but that sounds a bit like meatloaf. ???

Why, yes it does. Except when I make meatloaf/balls, the proportions are different and I use other and more additives and seasonings. I also don’t take my personal burgers much past rare.

The Parm is so small an add that most people can’t taste it qua Parm. It’s there just for a little umami

Sometimes I’ll grind a little bacon for mixing into the burger. That, with a little flaked Roquefort also worked in, can be a crowd-pleaser. Haven’t done that in a while, so thinks for reminding me!

Aside: The A Team was wokking at Chiang’s today–I eat there so often I can tell who’s cooking.

Do you remember Alan Barnes from CH? I remember that he ground cold butter into his burgers. MMM.

and YAY. We’'ll arrive 5/16 and will be there two weeks. Maybe you can find out when the A-Team is cooking. Not that we’ve ever had anything less than at least good.