How did I ruin my pasta? And how should i save my pasta?

I bought some squid ink pasta today, hoping to make some good pasta for dinner. First thing I noticed was the pasta was really thick, even when dry. I threw them into a pot of water, started boiling them just like any other dried pasta. 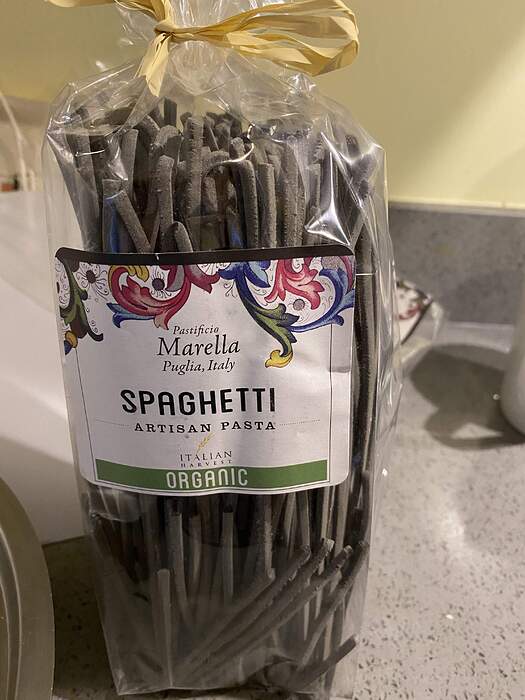 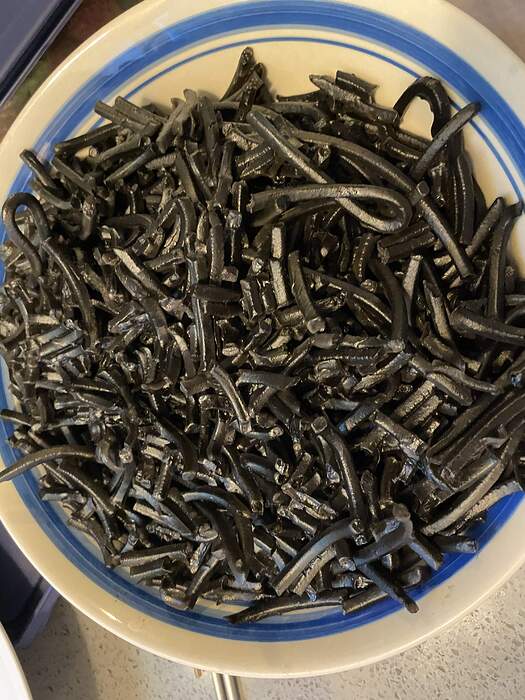 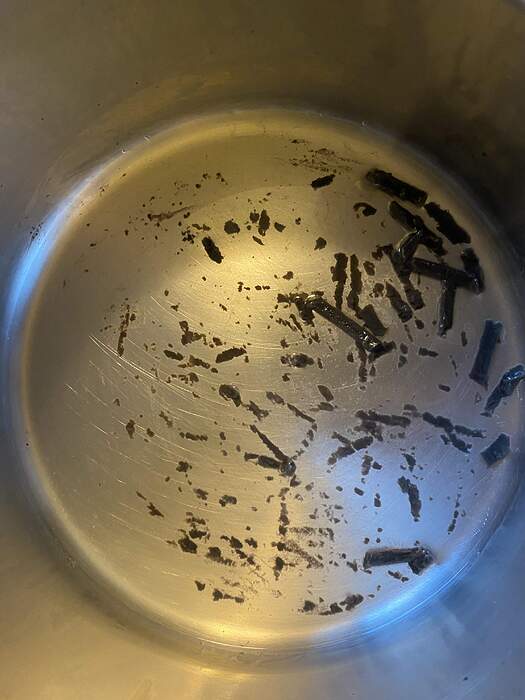 The bag itself said the wheat blend was Altamura and Tavoliere d’Italia. Any idea about the properties of these two wheat variety?

The instruction calls for 5-6 quarts of water for the bag of pasta (500g). I only used about 1.5 quart. I did it only because i use that amount to cook a pound of pasta in the past and didn’t think much this time. Is the lack of water the culprit? I did notice that the pasta started to get quite starchy during the boiling.

One last observation. The pasta was really brittle. I applied a tiny pressure and it snapped, unlike other dry pasta where it takes a certain bit of force to break them.

Finally,what can I do to save the half cooked pasta? Squid ink porridge? Finish cooking them as pasta? What else?

Probably lack of water when boiling. I simmer pasta then when near done I will place it in the skillet and add a good ladle of pasta water . Then move that pasta around to extract the starch . Pretty much continuously. This is going to make your pasta ready for your sauce . Add the sauce , not to much do the pan flip continuously or stir . This will adhere the sauce .

I would use more water in the future - if you little water with thick pasta you get a lot of starch in the water and I had problems before that it made the pasta mire sticky (I assume you stirred the pasta regularly during cooking ?). Sometimes with very thick pasta the recommended cooking time can be off - I had some thick artisan pasta which should have taken 10 minutes according to the package but it needed 19 minutes - you should have tried to cook it longer. You might try to cooking in more boiling water and see if it will soften towards al dente

The more water idea makes sense, but I also wanted to say that I’ve had issues with squid ink spaghetti myself - which was much skinnier.

Another suggestion would be to start in (plenty of) cold water and bring it up to boil - iirc that releases less starch in regular pasta too or makes it less sticky.

I would echo the recommendations of others and say you probably didn’t use enough water. I make pasta frequently, although I’ve never used squid ink pasta, and I find I need to boil a little pasta in lots of water. Sorry I don’t know the exact ratio since I eyeball it. I also find I need to boil pasta a little longer than what the instructions on the package say. (The brand I use says to boil the noodles for 9 minutes but I let them boil for 15.) I also have a pasta fork that I use to keep separating the noodles during the cooking process so they don’t stick together. This is what mine looks like: 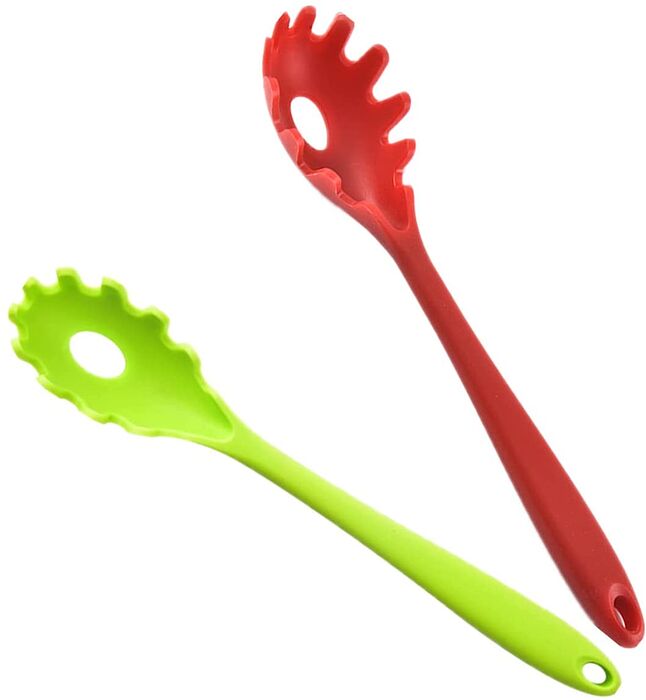 I think it could be that particular pasta, in addition to not enough water in a big enough pot.

I admit, I don’t use a lot of water when I cook pasta because I don’t like washing big pots.

If you want to save it, and cook the middle parts a little more, turn it into a pasta al Forno or tuna casserole. 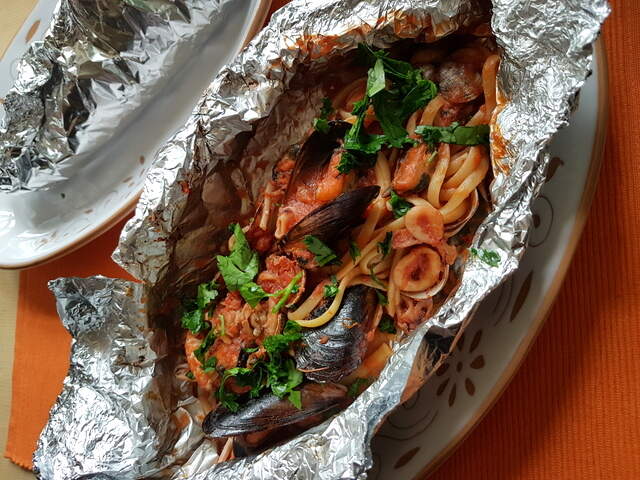 Seafood linguine al cartoccio is a fabulous dish to serve to guests! This popular Italian recipe is finished off in foil packages in the oven!

I’ve had this issue before and the cold water start + lots of water seemed to help. I also had good luck using a shallower, very larger pan instead of a pot, but Ymmv.

Broken noodles can make a beautiful tahdig or fideua! Or fry in oil then cook in rice…mmmm…