I would like to surprise my bride with a homemade honey cake. I have read four diff recipes off the net and welcome some guidance. I would like to use a 10 in bundt pan since we have a decent one.

You mean a cake with honey as the dominant flavor? Would you be open to making a loaf or round cake or are you set on a bundt cake? I made one last year I really liked and I can look through my pics and ask my family if they remember which one it was. I think it was from Bake From Scratch magazine’s website, but I can’t seem to find it on their website. Maybe just the frosting was honey-flavored and not the cake itself. I’ll try to find a photo. It wasn’t the Russian one that looks like a Smith Island Cake, I know that for sure.

I have also made this Pear Honey Rosemary bundt cake twice. I liked it, but it might be a bit simple for your purposes and there were a few caveats. First and foremost, rosemary can be a difficult flavor for people in desserts, but it makes this cake for me. The pears should be firm and I would not cook until all the way soft as they describe because they will cook for another hour in the oven. (Some of my eaters liked them mushy, though, while I liked them with a slight bite.) The honey flavor wasn’t as pronounced as I imagined, but it was still there. I felt it was a tad too sweet on its own, but with a cup of tea it was good.

(By the way, there is a Baking/Sweets subsection under Cooking Discussions.)

Okay, I checked out pantry I have a 9 in round and a 9 in loaf pan, both glass if thats important. I love rosemary but wife doesnt. Thanks for telling me about HO sub sections. I often dont know if I am using the right category.

I am looking for a cake where the dominant flavor is honey. Like a Jewish honey cake. I’m not familiar enough with how that might differ but Im certain its not the Russian cake with mini layers.

I made one a couple of years ago that turned out well - I’ll look for the recipe. I do remember it has to be made a day or two earlier, as the flavors and moistness develop over time.

Finally I remembered what cake it was, but I couldn’t find a picture. It was the Carrot Honey Layer Cake from The Best of America’s Test Kitchen 2018. I was able to find the recipe online: https://www.courier-journal.com/story/life/food/recipes/2016/11/09/carrot-honey-layer-cake-thanksgiving-dessert/93423396/

I liked it a lot because I could actually taste the carrots and I like how the carrot paired with honey. However, it doesn’t meet your requirement for honey front and center.

I may not use it this time but thank you for tracking it down. The combo which I wouldnt have thought of myself sounds delicious.

Many years ago there was a honey bundt cake in one of their books, I just cant remember which one. Cooks country, CI, ATK, they have too many brands. Maybe your google powers are better than mine.

I think it was this one: 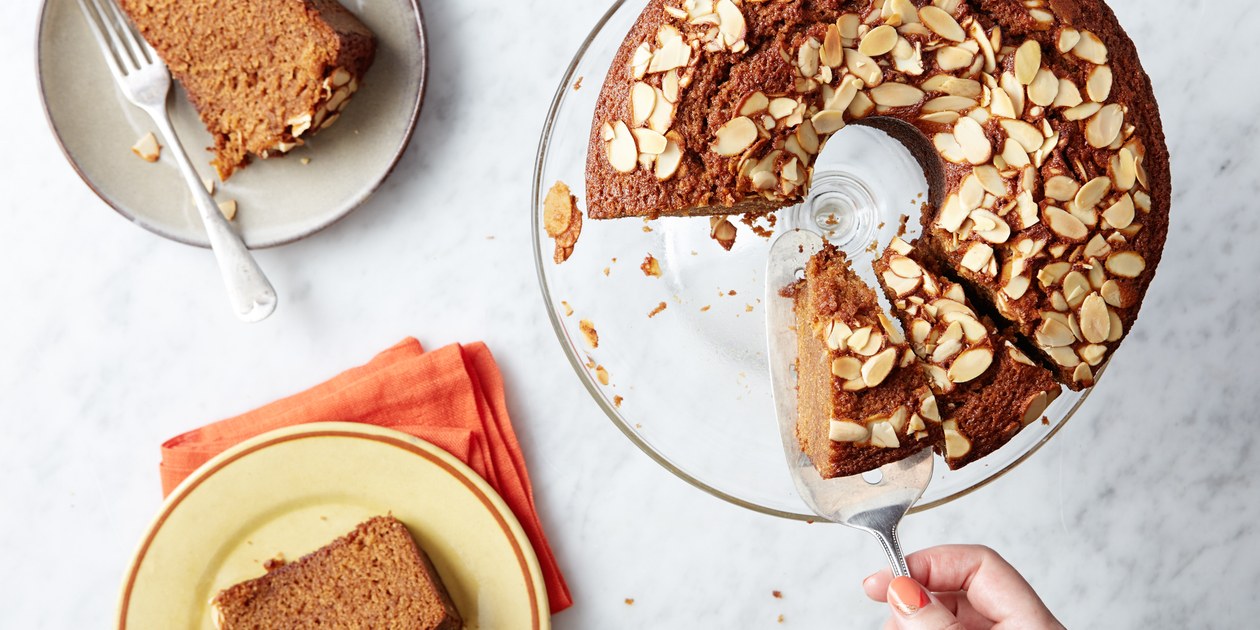 I like a New Year's honey cake to be extra moist and sweet, as good on the day of baking as it is days later. This one is queen of the realmrich, nicely spiced, in a word, majestic in taste and stature. I went through many variations and tasting...

I left out the alcohol, and dialed down the cinnamon in favor of other flavors. I recall it being very moist and delicious. 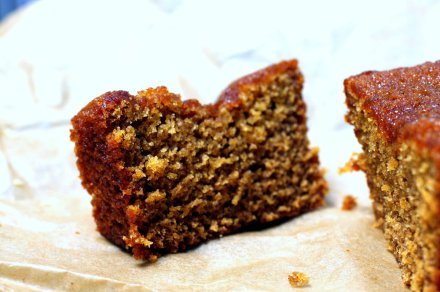 A few days ago, someone emailed me asking me if I had a recipe for honey cake. You see, honey cake is something traditionally eaten on the Jewish New Year, which falls next week as eating honey is …

Reading through the adapted version, I agree I’m going to omit alcohol, nuts and dial back the warm spice list a bit. I can use the bundt pan. This cake has a good deal of sugar though.

She uses the same base recipe. I think I cut the sugar or replaced it with more honey (and adjusted liquid) because someone didn’t eat sugar but was ok with natural sweeteners.

I also saw this on that site you had a thread on: 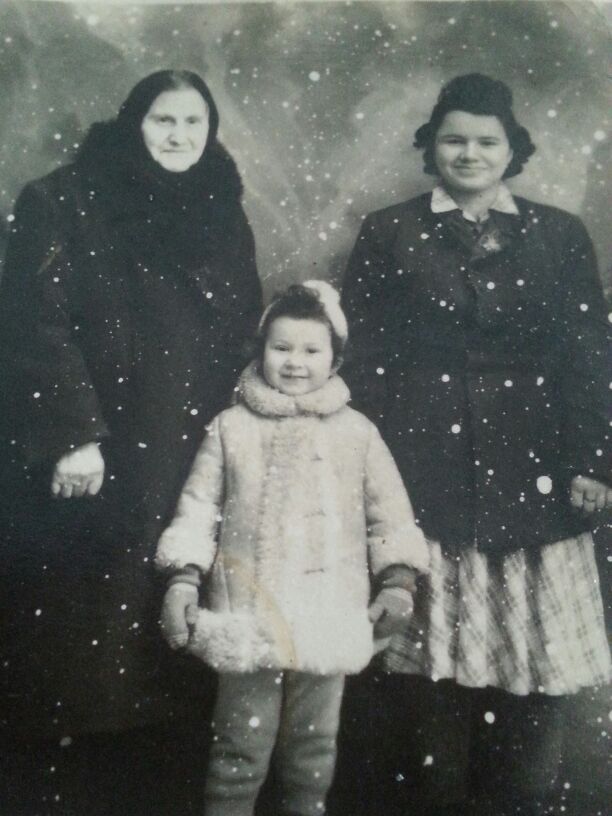 And this clever semi-homemade version: 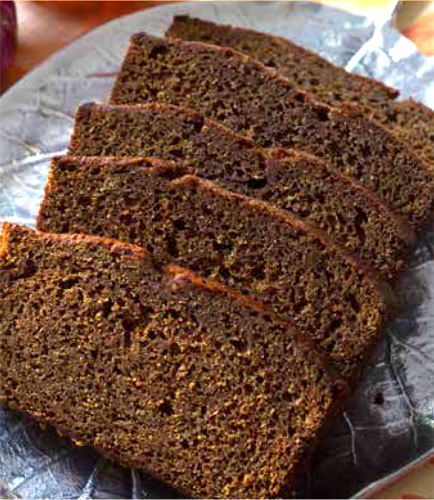 One summer, I went to the store and no honey cakes could be found. What to do? I combined a standard gingerbread cake mix with some main ingredients in honey cake - coffee and honey - and an easy, quick honey cake was born!

I found the recipe for the Cooks Country Honey Cake online: http://www.crumblycookie.net/2018/06/29/honey-bundt-cake/

I’ve never made the recipe, but I did find a discussion here: https://www.chowhound.com/post/honey-cake-fail-1024663

In that discussion, I liked the suggestion to just remove spices from the Smitten Kitchen recipe (or any other recipe. )

This is it! Less sugar in the cake and I will omit icing glaze entirely. So btwn this and the SK recipe I think I have an idea how I will proceed. The use of water is odd Im not surprised by the remarks. THANK YOU!

Thanks for those links. The one on the JFS website seemed super involved.

This is my grandma’s recipe. I haven’t made this in years:

Thank you, I have read a few cake recipes where the egg is separated; whites whipped. Does this method make a big diff in texture/flavor? I have never done this myself.

I can’t speak for this recipe in particular, but generally, I believe the fats in the egg yolk inhibits The formation of air bubbles in the egg whites. If you’re going to the trouble of separating the whites in the yolks, it’s important to incorporate fluffed egg whites into the batter By folding so as to not lose any loft.

BTW, I’m making this recipe tonight and eating it tomorrow and can let you know how it turns out!

Oh, how fortunate. I look forward to learning from your baking this recipe👍

What size loaf pans would you guess? I wish I had a 9" tube pan. 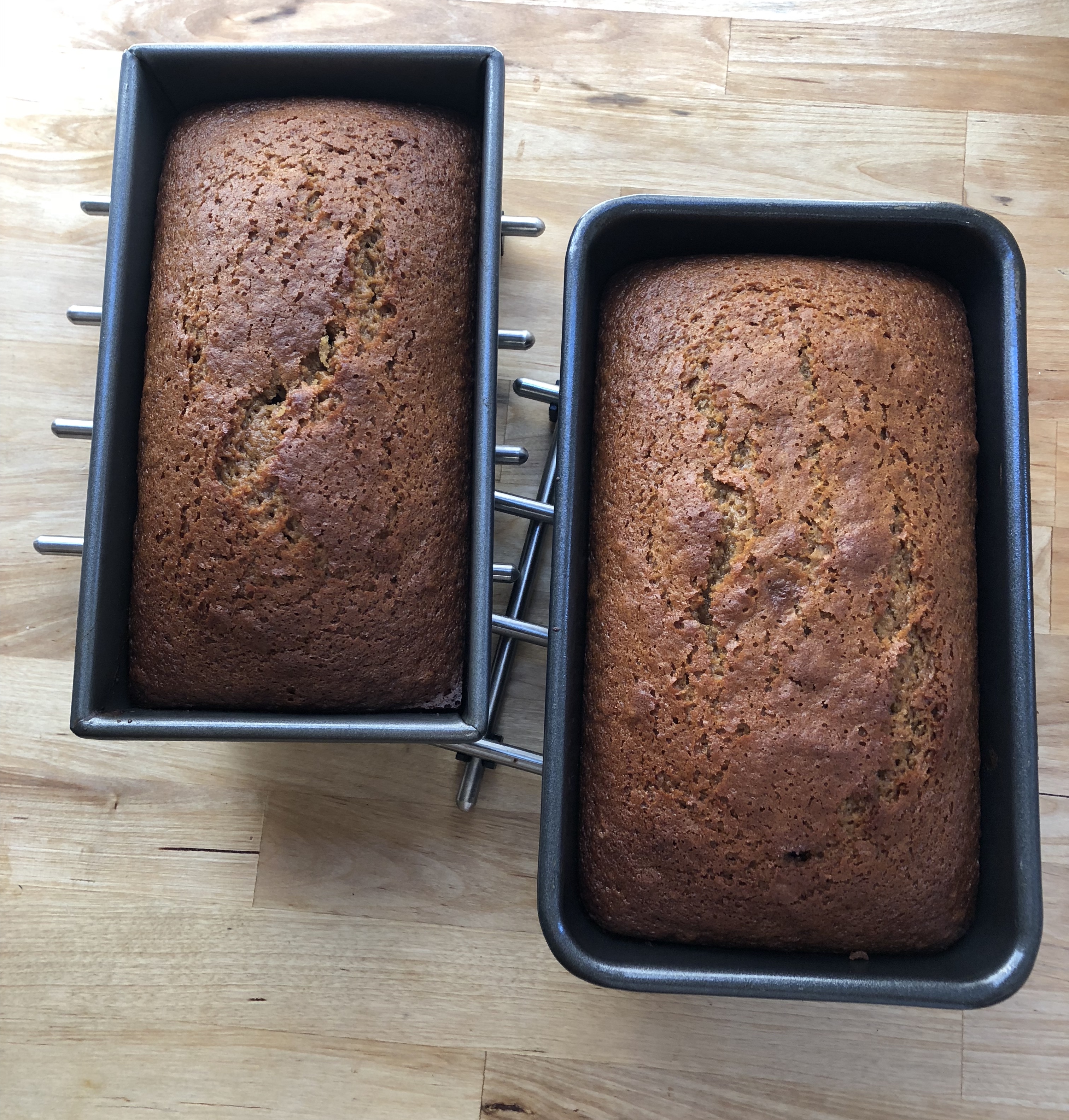 What size loaf pans would you guess? I wish I had a 9" tube pan.

Lemme just preface everything by saying I’m not a regular baker, so take my experiences with a grain of salt.

My grandma’s directions (probably from a newspaper) to mix the whipped egg whites into the wet ingredients, and then fold into the dry ingredients, doesn’t make any sense. You wind up with lumps, the breaking of which would reduce the aeration. I wound up leaving lots of small lumps in.

I think the better solution would be to mix the mixed wet ingredients with the dry, and then fold in the whipped egg whites. Can a more seasoned baker chime in?

Anyway, it came out okay, but I’m still getting used to my oven and I cooked them too long. Nice flavor., not dense, but nowhere near as moist as the one other cake I bake, a lemon olive oil cake. I think the Smitten Kitchen recipe, which calls for 3/4 cup more oil and lots of citrus is onto something. Also, she used 1/3 a cup less coffee than the “strong coffee” my grandma’s recipe called for. I’m sure our Chemex and $15/lb beans are stronger than anything from the 1940s and I think the kids we’re hosting tonight might find the flavor too intense.

One other thing my grandma neglected to mention-- you need to grease the pan, especially the bottom.

THank you for reporting back. I’m going to give the recipe above using a bundt pan a try later next week. I hope it isnt a total fail. I will report back too. My baking skills are inconsistent but I want to surprise my wife when she comes back from her trip.

What about the honey? Is this the type of recipe where a standard honey is okay or would you use a robust honey?