Do you make your own spice blends? If so, what are your favorites and in what recipes are these mixes used for?

I had been getting into that, but then I was reading about turmeric, and how it may be adulterated with lead oxide, or this was just the tip of the iceberg on spices in general. It’s a horrible situation in countries where most spices are imported from (something like half of those in India are adulterated, so it’s no wonder these people are as well known for fasting as they are for curry)! Nevermind the spice islands, now I eat more of a polynesian diet, with no herbs or spices, just seasonings (like salt and sugar), but those are basic tastes, so naturally everything still tastes good to me.

I make Emeril’s Creole Essence. I mainly use it for gumbo but it is nice with fish or chicken.

I keep seasoned flour on hand for pan frying and gravies. Exact ingredients vary with the dish and my whim. AP flour, salt, black pepper, paprika are the base. Other players might be onion powder, garlic powder, dry mustard. I stick with spices - I never put herbs in it.

I grind spices as needed. Cumin and Coriander and Pepper seed are always there. If going in a Latin/Mediterranean direction, I’ll add some herbs and cayenne; if going South Asian, I’d add turmeric, fennel, cardamon, clove, mustard, if going Afro-Caribbean, I’ll add allspice and cinnamon.
I avoid purchasing spice blends with salt, generally called “seasoning” spices, like “Tandoori Seasoning,” as I prefer to control the salt on my own. It’s all lots of fun!

What are your favourite meat or fish spice blends? I want to replicate Montreal steak seasoning. Does it really have paprika powder? I always have fennel seeds in any blend. Dried mushroom bits are nice with meats.

The McCormick’s brand, or is there a formula
as to what MSS should contain?
Interesting. Now I have to go look at the label

It does not list all the ingredients. They don’t want you to replicate

Someone has a copycat recipe: 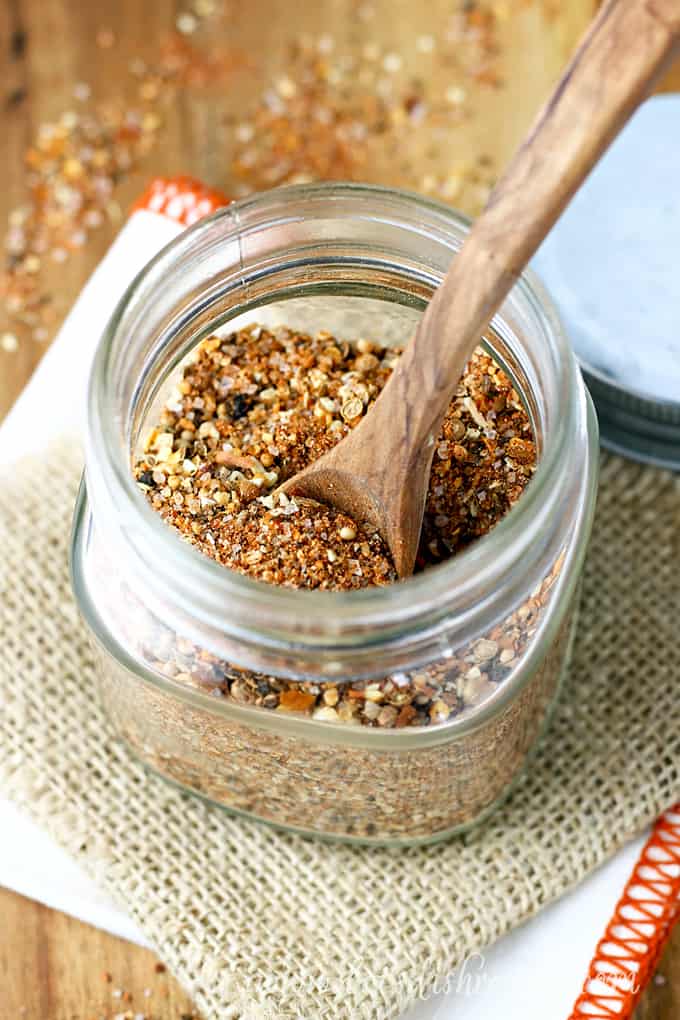 COPYCAT MONTREAL STEAK SEASONING -- Make your favorite steak seasoning at home. Perfect for grilling beef, chicken and pork, or for seasoning potatoes and vegetables. I don't know about you, but I just can't

I don’t think I’d have ever guessed dill since
it has such a strong unique taste solo.

I’m not sure about the coriander and mustard seeds too. I’m going to have to sprinkle some of the blend out and investigate!

I make a rub for grilling or roasting meat. It’s mostly ancho chili powder, with some cumin, garam masala, oregano and garlic powder. I keep it in a large shaker, ready to spread on lamb, beef, chicken, and even salmon (in light quantities).

I bury the zest of organic lemons in kosher salt. Shake the bottle every so often. Once every thing moves freely (4-6 weeks) I know the salt has absorbed the lemon oils. The mix is whizzed in the spice grinder briefly and poured into a bottle with a shaker cap. The stuff tastes so lemony fresh and is wonderful on vegetables and fish.

Not so much, actually, because I don’t use them much in general. (I tend to take a variable “pinch of this and a pinch of that” approach to things I might otherwise use pre-mixed blends in instead). Old-school “Italian seasoning” - which I use mostly in “red sauce Italian” type recipes - and curry powder(s) are the only exceptions I can think of, and I generally those pre-made.

The only spice blend I keep on hand is my grandmothers baharat spice mix. Other than that if I’m making a blend for say a meat rub before smoking I’ll mix a small amount just for that application

I was reading about turmeric, and how it may be adulterated

Can you get fresh turmeric where you are? I’ve found that a lot of places carry it now that it 's become fashionable, and it’s pretty cheap.

Thanks, I haven’t looked at fresh herbs and spices, except for sweet onions (it seems that they’re popular in Maui, to speak of polynesians). I was reading about Tikopian traditions too, and they’ve grown turmeric as more of a ceremonial dye than a spice. It was interesting though, having empty spice jars, I was looking at how many kinds of salt I could put in them, and there are more than a few… I could do a salt mix for that matter.

Although not an herb or spice, I expect that powdered mushroom would be great in many preparations. Dried porcini mushrooms are among my favorite cooking ingredients.

I brought 2 back from Montreal (Schwartz’s). When I make a new similar blend it’ll have fennel seeds. 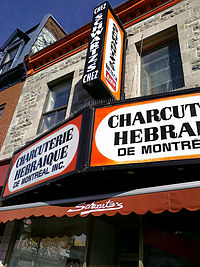 Schwartz's (French: Chez Schwartz), also known as the Montreal Hebrew Delicatessen (French: Charcuterie Hebraique de Montréal, Inc.), is a delicatessen restaurant and take-out, located at 3895 Saint-Laurent Boulevard in Montreal, Quebec. It was established in December 31, 1928 by Reuben Schwartz, a Jewish immigrant from Romania. It is kosher style rather than kosher. Its long popularity has led to it being considered a cultural institution of Montreal. The staff of Schwartz's credits the uniqu...

I break up dried ceps/porcini in smaller pieces and add them to a blend for red meat (or anything that goes well with mushroom). They are also an ingredient in my home-made Laoganma (crispy chilli oil).

The powder is mixed well with Maldon salt for sprinkling. I also like to add some mushroom powder to a gravy or when deglazing a pan after cooking red meat.

McCormick’s is the most widely available in the States - Costco even has a big jar available. I’ve come across other companies with blends of the same name. I like it a lot!

I have a big jar of Montreal steak seasoning for Costco.

I make Za’atar from Cook’s Illustrated recipe, I mainly use it sprinkled on hummus.