Thanks! During the winter I keep my place in the low 60s during the day and had wondered if it would be a workable temperature for fermentation.

I’m going to try kimchi maybe Sunday. I keep my place rather cool and around 60. I like it cool so I will report back. My Korean chili should be here tomorrow and I plan to pick up cabbage tomorrow or Sunday so wish me luck. This thread inspired me to try it. This will be my first attempt at kimchi

Fermentation happens at temperatures between 32 & 212 degrees. Colder = slower & hotter = faster. Temperatures in the 60s are pretty much ideal.

Very workable! Only issue i have had is my kombucha can take for-ev-er in the winter, so i bought a “seedling mat” which is like a very low level heating pad that i turn on for a few hours or overnight and then off which helps keep the temp in the 70s.

So I started my experiment today

Ugh.
Beet kvass was an Epic Fail. It went moldy!
Definitely my own fault, although not sure if it was because I didn’t seal the container or due to the added pear…? Anyways, total ick and may be a while before i try again

How long did you ferment it?

Just shy of two weeks. There’s a photo of what it looked like when i started it upthread. Gonna spare everyone the visual of what happened

From what i read about 10days sounded right but dunno if the few extra days are what made this go wrong…? I wasn’t home mon-fri last week so couldn’t check it regularly. Also why I didn’t totally seal the container, didn’t want it to bust and wasn’t able to “burp” it regularly

Most of the kvass recipes I read it seemed like a short ferment. Like a couple days? There is a lot of sugar in beets so I would expect it to move pretty quick.

I have read a recipe that calls for a few days of fermentation, but it also calls for sourkraut juice. Another recipe I have read, just beets, salt, water, ginger and turmeric, says that the fermentation will take two weeks.

I find that almost everything I ferment ferments much faster than the recipes.

Also why I didn’t totally seal the container, didn’t want it to bust and wasn’t able to “burp” it regularly

I agree, I’m still vaguely traumatized by the super gross situation and cleanup…!!
Going to stick to my usual kombucha for a while and do a lot more research before i tackle other fermented beverages… maybe i’ll try water kefeir??
Oh! And the veg cultures that you recommended arrived, so i’m going to put those to good use for new veggie ferment projects next week while i have a bit of time off

I have a lot of the white kimchi brine left yet no much actual kimchi. I’ve been using the brine for vinegrette for my salads (which is AWESOME, seriously someone more entrepreneurial than myself could start a company just selling this stuff!)
Also was out of fermented veggies.
Decided to make more fermented radishes because they didn’t take very long (maybe a week), whereas my green beans took newrly two weeks.

And for the brine I’m using the extra kimchi liquid! 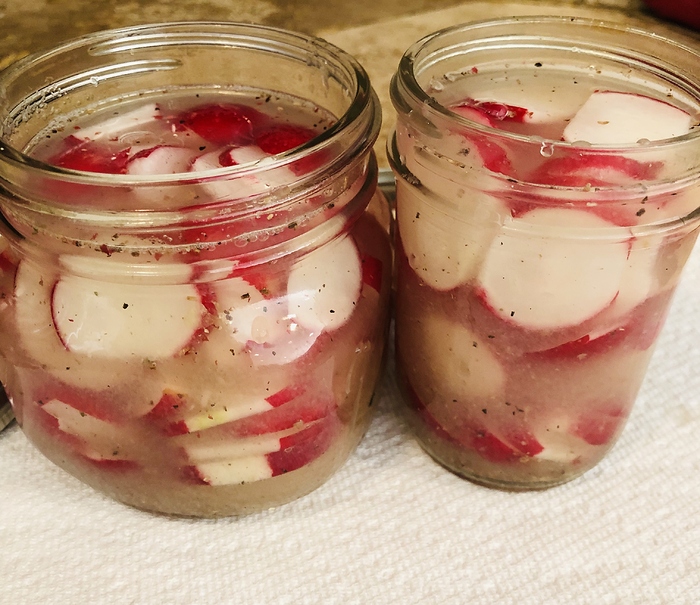 I’m making a fermented pineapple drink for the second time…

Husband was gifted another two pineapples. We were still working through the first, just as plain peeled, cubed fruit, when the second one started to bubble! I guess I’m trying …but pineapple vinegar may be more useful. Looking up how they start differently. Vinegar mother? And “peg” can mean to peel, like an orange. To “stone” can mean " to throw rocks at. "

…and wondering about stages of fermentation. I used to research it a lot while trying to understand how hard cider becomes vinegar.

I found this , but about kambucha .

I remember talk of this growing up. 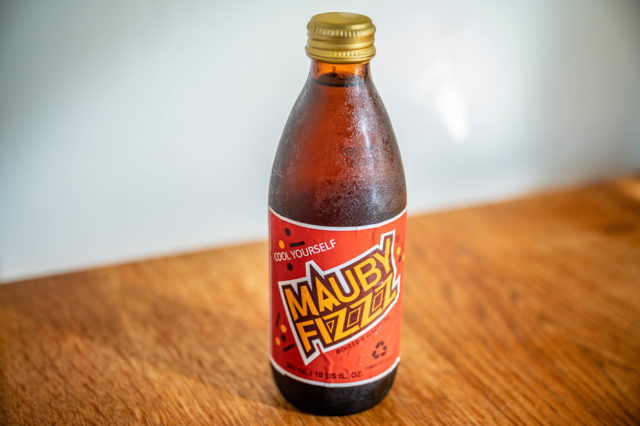 Mauby - A Taste of the Caribbean That's Not for Everyone

Mauby, an island beverage made by boiling a specific buckthorn bark, is a classic taste of the Carib

I’ve made hot sauce before, but not in awhile, and not with serranos. I have a lot of serranos, and want a recipe I can do in stages, and will keep awhile. Does anyone have any additions or updates? Any reason besides heat to remove seeds and veins? Can i add some "Scotch Bonnets "? They are beautiful, but have none of the aroma I was hoping for.

I’m wanting to do this a little at a time. Is there any reason i cant chop and add peppers over the next few days? How might I adjust salt as I go?