They have expanded their menu yet again. I saw a relatively new poster for laoyou fresh dumplings. I haven’t had a chance to try them yet but intend to since I really like their laoyou noodles. If anyone has had this type of dumpling before, please chime in! 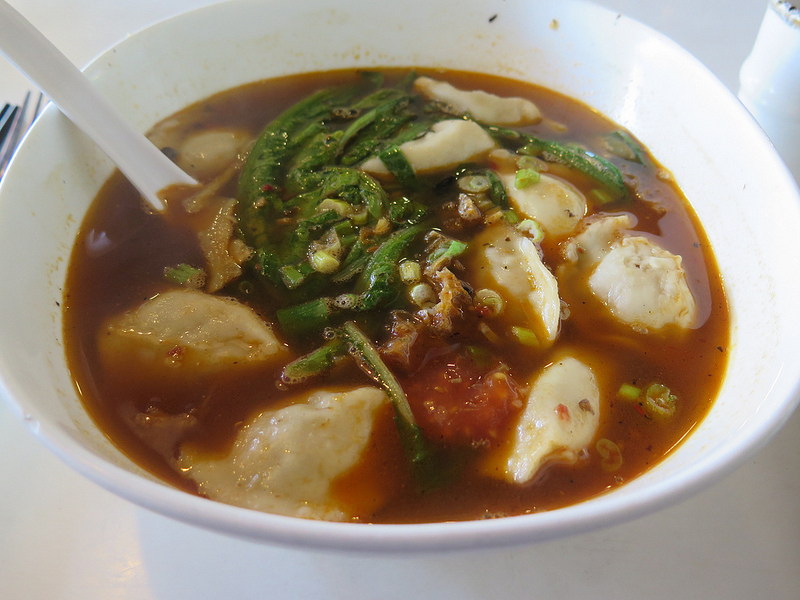 I went there today intending to try Guilin Classic Rice Noodles’ second version of snail broth noodles (which I like so much I joined the Facebook group 我爱螺蛳粉 / I love Luosifen (snail noodles), but couldn’t resist vetting the “Lao You Fresh Dumplings” instead.

The dish consisted of fairly standard northern-style shui jiao with no fancy pleats or crimping in them, in the same peppery-sour broth as their lao you noodles with the familiar Guilin noodle toppings. The server confirmed that it was the same broth, though it seemed spicier than the noodle dish. In fact the server warned me three times “it’s very spicy.” Spicy it was, but well within my spice comfort zone (which is fairly broad). The dumpling were filled with ground pork and very meaty. 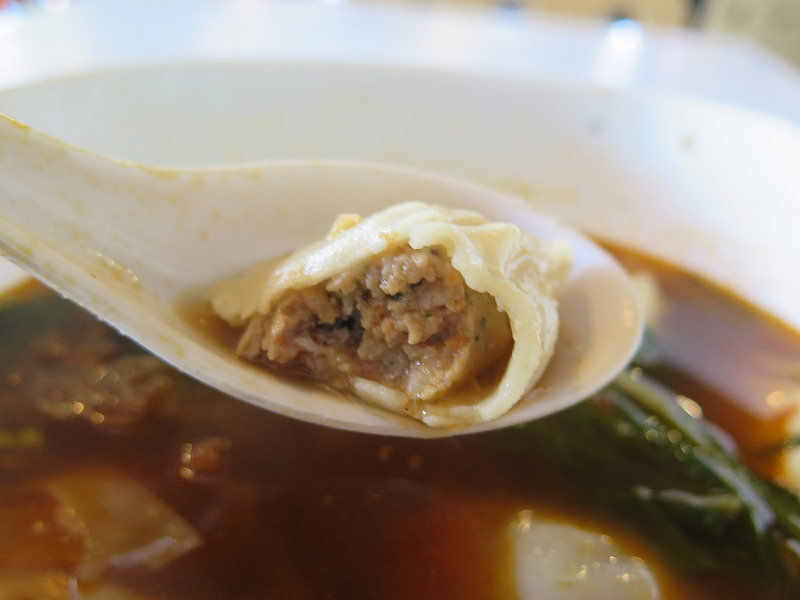 Sounds delicious, it will be a tough choice between the noodles and the dumplings. Ever since they started offering the lao you noodles, I haven’t been able to bring myself to order anything else. Now doubly true.

This was my take on them: 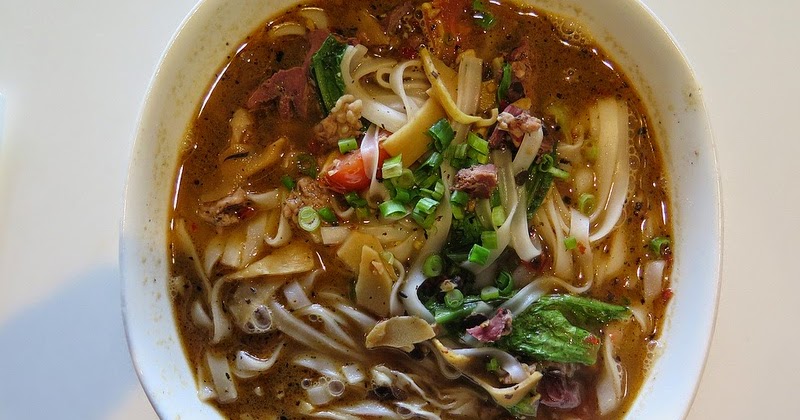 A recent tip from a Chowhound.com poster that a dish called lao you fen was now being featured  at Classic Guilin Rice Noodles in Oakland...

When I saw this post I thought a noodle/dumpling combination would be perfect. I might try to request it when I go.

Had these for the first time today and thought they were fantastic. Good thick handmade wrappers, filling tastes like a lighter, fresher version of the meatballs you get at dim sum, with lots of cilantro. Only offal was tripe, no kidney in this version. I think there were 10 good sized dumplings, broth was good enough that I took the leftovers home.

I also tried these based on your post, and enjoyed them. I thought the dumplings were good, though not exactly to my taste, so perhaps I might prefer the noodle version of the soup. I will say the last two times I’ve ordered the noodles or dumplings, the bamboo flavor was toned down noticeably from the first time I went. Probably slightly more accessible flavor profile but maybe disappointing if you really love the funky bamboo flavor.

The louyou dumpling were great. Thank you for the rec. Came with a reasonable amount of bamboo shoots in the soup, and were as described, spicy, sour, a little sweet, a little funky and a little salty. The dumpling filling were also very savory, and washed down well with the soup. The soup also included a few chunks of spongy pork skin which did an excellent job of soaking up all the flavorful soup. No detectable MSG.

I also quite liked the snail broth noodle, with the flavorful marinated beef brisket as the choice of meat. And this time the tofu skin soaked up all the spicy snail-y soupy goodness. Though I’d prefer the noodles to be a bit firmer.

The Guilin rice noodles, ordered dry with broth on the side, were fine. It came a bit bland by default and needed doctoring up with the tableside choices of chili, and other sauces. Would love a bit more of those pickled green beans. The crispy pork was delicious. The marinated beef was pretty good. I am curious how Guilin folks sauce their noodles.

They’ve expanded their menu even more since the last time I stopped by.
https://www.beyondmenu.com/31843/oakland/classic-guilin-rice-noodles-oakland-94607.aspx?utm_source=satellite&utm_medium=menu_group#group_733267
With a few things not listed, like the “crescent rice sticks” I got with Laoyou pork. I enjoyed this combination very much–I’d previously had the noodle version and the dumpling version and found the dumpling version overly salty, but this was a really nice balance. The fermented flavors played well with the slight heat and sour flavors. The crescent rice noodles were fairly soft, but offered a nice adherent surface for all the other ingredients. 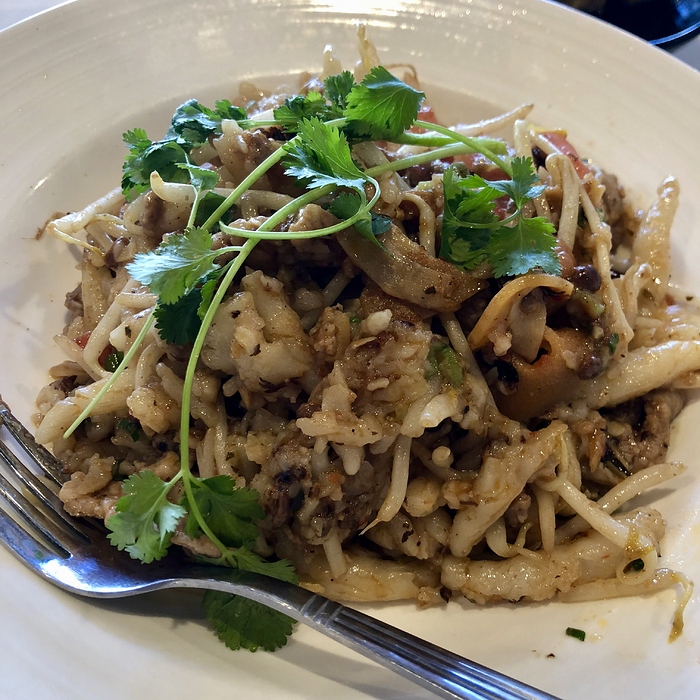 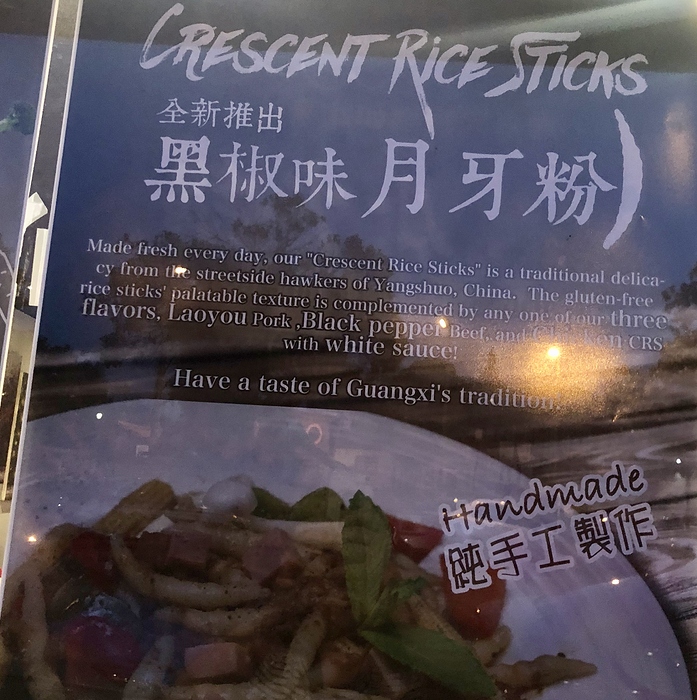 Thanks! I feel a visit to The Mysterious East Bay coming on.