Has anyone visited this spot? I haven’t heard of it and saw it on OpenTable. Yelp seems to like it, but I don’t trust those reviews.

It’s probably been a year since I was there, but the food was good. If you search on the other site for Zoe’s Bistro and read the reviews after it was sold you should get an idea what people thought. The owner operated it under the old name for a while and then did some remodeling and changed the name to Graze.

Ah, ok, that makes sense. I had a feeling it was Zoe reincarnated. Is that the same owner as Bistro in RB?

I did a little searching and it seems Graze was bought outright and as far as I can is run by a chef/owner who is from Minas Gerais in Brazil and who used to work at the late lamented Doris & Eds:

Chef/Owner
Born and raised in Brazil, Laercio M. Chamon Jr (aka “Junior”) got his first lesson in cooking at none other than “Mom’s Kitchen” where he helped prep her catering orders. In 1996, Junior’s family moved to America. Living in New York City and then to New Jersey, Junior struggled to stay out of trouble in High School. With the help of a family friend, they encouraged him to enroll in Brookdale Community College’s Culinary Vocational School. It was being in the kitchen, that Junior naturally began to feel he belonged. By age 16, his first kitchen job was shucking oysters at Doris and Ed’s in Highlands, NJ. Being challenged mentally and physically, he worked his way up the kitchen ladder. Driven with passion and 19 years in the making, Junior is ready for you to Graze into the love he has for this craft."

The sale of Zoe is in this article about the Greek guys who used to own it. They operate the Bistro in Red Bank, and they also run Teak and Greek Eats: 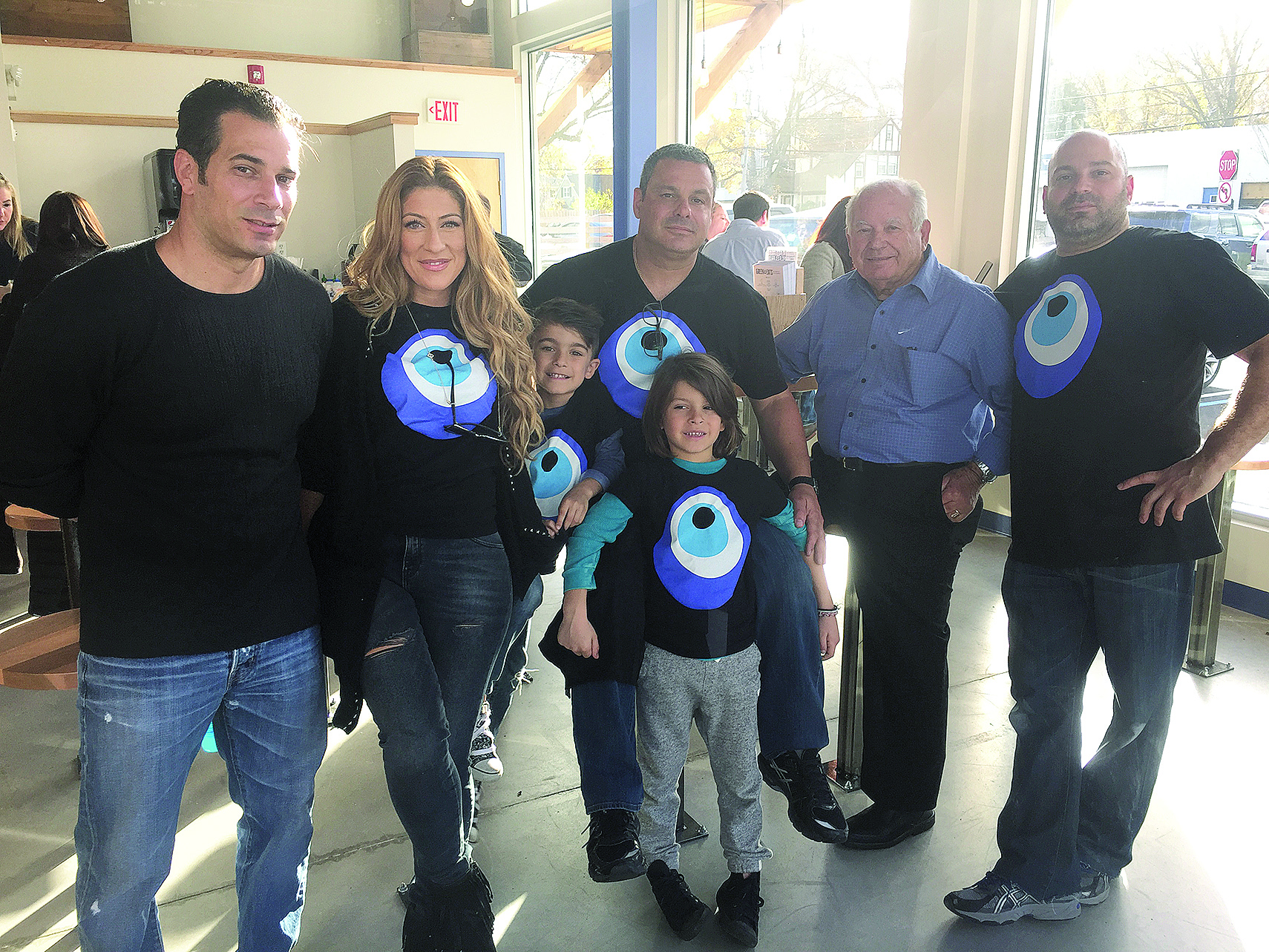 SHREWSBURY– Tuesday was opening day for Greek Eats, a new eatery on Newman Springs Road. The restaurant was filled with sunlight, the spicy aroma of sizzling gyro and the chatter of customers. Geor…

IMO these Greeks are responsible for some of the most messed up fusion dishes I have ever seen, however this being Jersey apparently “Mexican” pizza, fried sushi rolls, and something the cat dragged in in hoisin sauce are a winning formula, IF you also have liquor licenses.

Don’t get me started on the Gyros Al Pastor with chimichurri sauce at Greek Eats, as this is a controversial topic around here.

The menu at Graze is nothing like the fusion mish mosh at the other places, and is supposed to focus on farm-to-table. While in Jersey the phrase “farm-to-table” usually excludes mention that it dropped off a truck somewhere along the way (ask @NotJrvedivici) , I am going to have to add this to my list of places to try.

Thanks for the tip.

I had an uneven meal at Zoe shortly before the name change to Graze. Posted it about on CH. Had an unusual interaction with the restaurant following my CH post, but don’t think I posted about that. (Only time I’ve been contacted by any establishment following an Internet post.) I really, really liked the bone marrow appetizer and would go back for that and try the burger.

Thanks for the heads up JS, I checked out your review and also those of others. The reviews of the food are all generally positive with a few exceptions. It also seems they do a fair amount of off menu specials. Service on the other hand appears to be a real issue for them, even in the last couple of weeks according to Google. This is often symptomatic of chef driven places.

Overall I’d say it looks worth a shot.

I notice for @corvette_johnny and @NotJrvedivici that the chef discusses doing a 54 oz “tomahawk” on the butcher block special in an interview in the AP fishwrap, so it may be worth checking this place out for that alone.

U ! (Hey I really like steak! Thanks for looking out brother)

@VikingKaj I replied yesterday morning early but my post is gone…weird. Thanks for the headsup. I wonder what this beast runs. It has to be north of 80 if it’s prime. Did it mention any specifics other than 54oz tomahawk?

I’ve always thought of little silver to be a wasteland of food. Maybe this will change my mind if I can get one of these ribeyes.

The menu here isn’t quite doing it for me though…maybe a dish or two. Stuffed squid dish sounds kind of “out there”… to be polite.

Hope you guys had a nice Thanksgiving

Make sure you give him a call first, he says he switches it up on the butcher block specials.

I will probably wait until someone else is paying to be honest lol. I’m sure it is expensive and I would rather save my money and get a legit steak that I know. I will eventually get there though. 54oz is a nice hunk of beef. I don’t mind paying top dollar, but it better be good.

Does anyone else think the “farm” thing is just hype? I do a little traveling for work and this one vendor takes me to all these " farm fresh" places around the country. Not once have I ever left one impressed. In fact, a few have been hilarious. It’s business so you have to pretend you’re enjoying it. The president of my company feels the same way. We get out and he is like “man wtf was that? Let’s go get some ribeyes” …no joke. And yes, we sometimes go have a second dinner

Does anyone else think the “farm” thing is just hype? I do a little traveling for work and this one vendor takes me to all these " farm fresh" places around the country. Not once have I ever left one impressed. In fact, a few have been hilarious. It’s business so you have to pretend you’re enjoying it. The president of my company feels the same way. We get out and he is like “man wtf was that? Let’s go get some ribeyes” …no joke. And yes, we sometimes go have a second dinner

Well you can see my earlier reference regarding “falling off the truck” first with regards to the NJ restaurant supply situation. I have a hard time believing that even if it say’s farm to table that there is a not a middleman or the outfit involved.

With regards to farm to table in general, there are some places in Brooklyn that I like that I think do a pretty good job of this, at least in part. You see occasional menu items over there that reflect locally sourced ingredients and an attention to detail that impresses.

And of course there are places on Manhattan like Blue Hill Farm that are freakin outstanding, but charge you an arm and a leg.

My guess is that it will eventually show up in NJ in some unbelievably mangled up rendition, kind of like Jersey Sushi made by Fujianese from the same eight kinds of fish.

So at least around here, probably mostly hype. Elsewhere could be good, but it depends. If the cook sucks probably just bad food, only slightly more pretentious.

I agree with you on the “farm to table” hype. I grew up on a little farm in Hunterdon County, NJ so I am aware of the seasons and availability of certain vegetables in this region. (My mom is always laughing at me when I tell her about this "We eat farm to table every night! What’s the big deal?!)

The only restaurant that I know doing a version of “farm to table” is the Lovin’ Oven in Frenchtown. I don’t think they claim to be a “farm to table” restaurant since they need to source from other places during the off season. But my family personally knows some of their farmers and suppliers that they buy from in the height of the season.

Thanks for understanding. We get a few months to grow here so I am skeptical. I’m all for supporting my home state but I’m just wondering how legit this is.

I wonder where the local squid is from? Hopefully they are supporting a belford legend, Captain seaweed! Lol

The ducks I could see being long island birds.

The beef I doubt is raised anywhere around here.

Organic salmon? What in the world is that? I doubt it is from NJ too.

I would love to see a real NJ menu of locally sourced seafood protein. There are a LOT of NJ treats that could make an amazing menu but everyone is obviously in it for the money and turning a 2.50 chicken plate into a 25.00 meal.

We have a wide range of great food here but I’ve never seen any place capitalize on it.

You may be interested in Local 130, which sources fish and seafood from local and out-of-state purveyors… They’ve just opened up bricks and mortar in Asbury Park in the same strip as Booskerdoo on Memorial Drive. I know they supply a bunch of restaurants in the area, and they’ve been at the local farmers markets for the last few years. People I know who cook a lot of fish love their product. I have to admit that I never cook fish at home, so I haven’t been in yet, but based on what I’ve seen on social media you may find some what you’re looking for!

Thanks for the tip. I like to source my own when possible and have a few commercial friends. Some NJ buggers straight outta belford below…

Does anyone want to spilt a bushel of #1 Jimmies in a few days when the season opens, or go thirds? 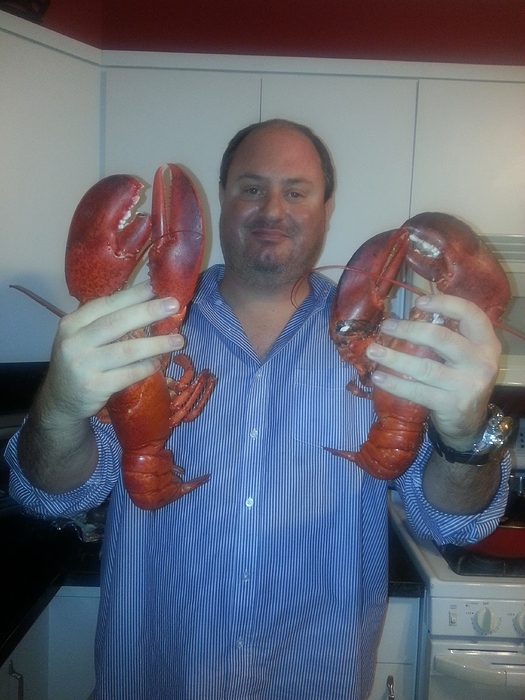 What exactly is a bushel of jimmies?

bushel of crabs. number 1 are the big boys

Does anyone want to spilt a bushel of #1 Jimmies in a few days when the season opens, or go thirds?

Please note this is not the same as having your Jimmies rustled, for those who are wondering: 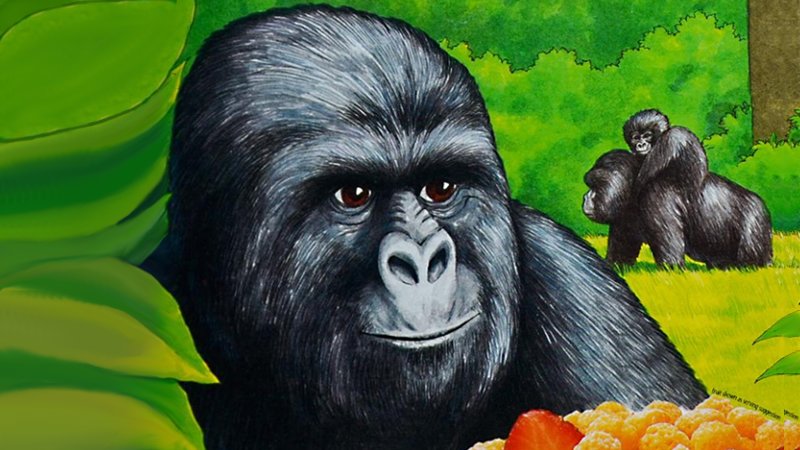 That Really Rustled My Jimmies

"That Really Rustled My Jimmies" is an expression used to convey one's feelings of discontent or discomfort in response to someone else's post on image boards and discussion forums.

Although Lord knows there is enough of that going on around here.