But in the larger scheme of things, why does one cook?

To prepare something that you (and maybe other people) want to eat. And I don’t eat with my eyes closed, so I care about the appearance of my food. A lot. “Looks pretty” doesn’t supersede “tastes good,” but it’s not nothing.

“Looks pretty” doesn’t supersede “tastes good,” but it’s not nothing.

Right. But there is a balance, an equation of effort and esthetics. And also appreciation of your audience. Not saying “pearls before swine” but also the uselessness of extraordinary artistic measures for dishes that need little more than a dusting of chives.

Right. But there is a balance, an equation of effort and esthetics. And also appreciation of your audience. Not saying “pearls before swine” but also the uselessness of extraordinary artistic measures

With respect, this is not your call. If I want to take the time to spell out a quote from Lonely Are The Brave in pomegranate seeds on top of a bowl of butterscotch pudding, and all my audience cares about is shoving pudding into their pudding-holes, then everybody still wins. 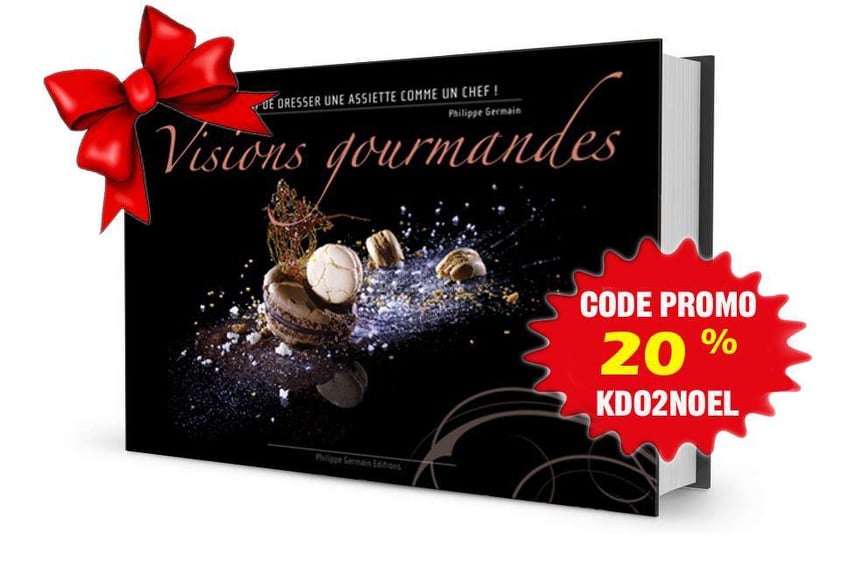 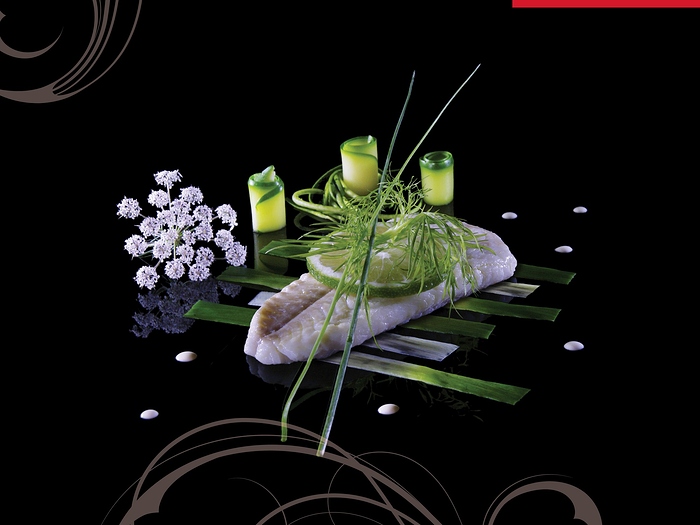 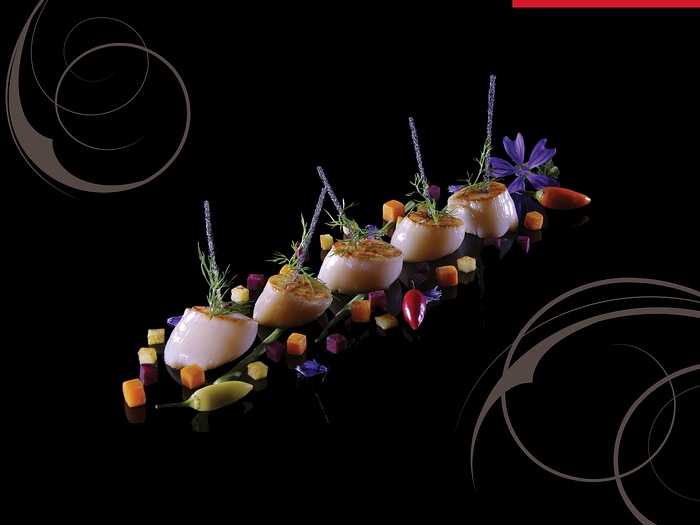 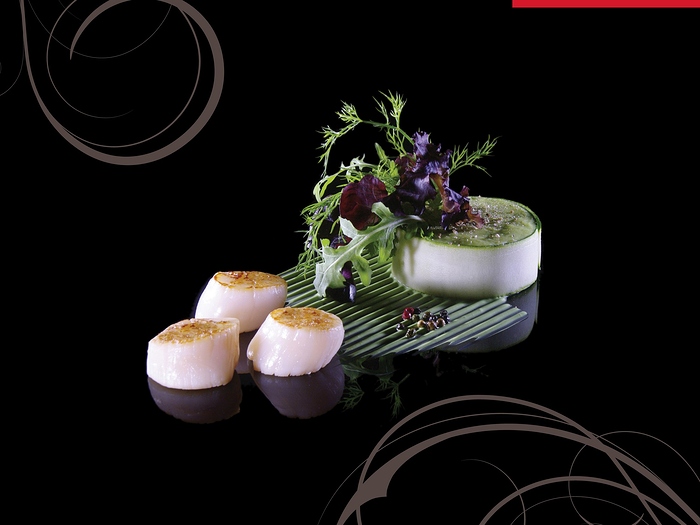 Do these contrived roses really contribute that much to the taste? And this question is aimed not just at this plate but many/all where the thrust is all visual seduction.

You questioned Alain Passard! It’s one of his patisserie creation that you can buy from his restaurant to eat at home. It got many adaptation, obviously people love it.

Their labor intensive creation somehow gets in the way of my enjoyment of the dish.

Time changes, in the past, the skill to sculpt is required in fine cooking. Older cookbooks show photos with dishes are decorated with garnishes. Maybe the cost of labour too expensive today? Also aesthetics change, I guess some of the things that look good today will look dated in 20 or 30 years’ time. 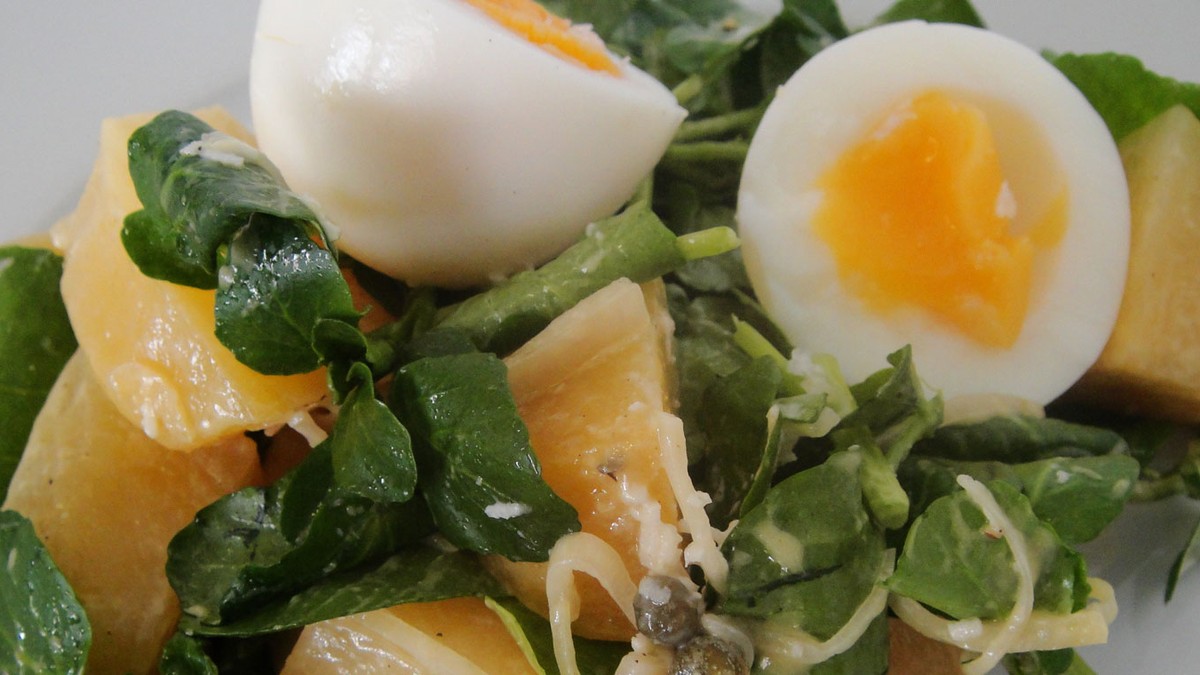 Today’s Chefs Need to Step Away from the Garnish

The importance of dishes like Black Forest gateau, Beef Wellington, and quiche Lorraine is that their ingredient combinations are faultless—and yet modern chefs keep adding unnecessary flourishes.

Sometimes it can be very successful and chefs like noma’s Rene Redzepi and Magnus Nilsson at Fäviken, as well as The Clove Club’s Isaac McHale and James Lowe of Lyle’s excel at combining multi-dimensional cooking and intricate plating to dazzling effect. Their place in contemporary cooking is vital but in every one of their extraordinary dishes, flavour never plays second fiddle. This is the crucial point.

Since you are familiar with the haute cuisine. Question, who is responsible of plating and garnish design in those top restaurants, chefs or food stylists?

Usually there is a “sketch” and the Executive or Head Chef does a plate to demonstrate what he would like. The team does the rest of the plates to be served.

Usually there is a “sketch” and the Executive or Head Chef does a plate to demonstrate what he would like. The team does the rest of the plates to be served.

How much time does it need to make a dish work (in look and taste)? 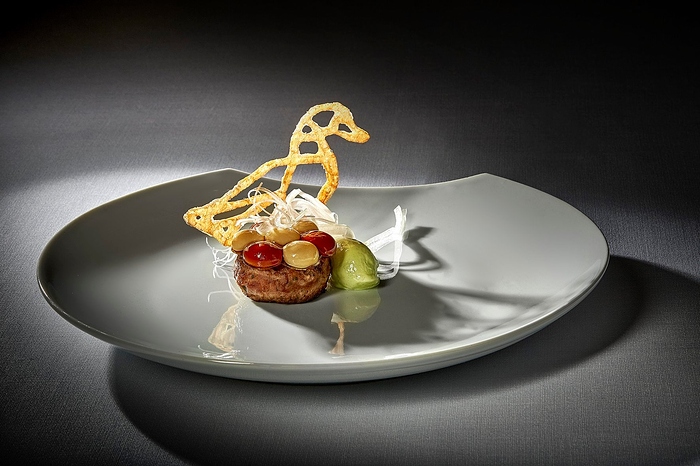 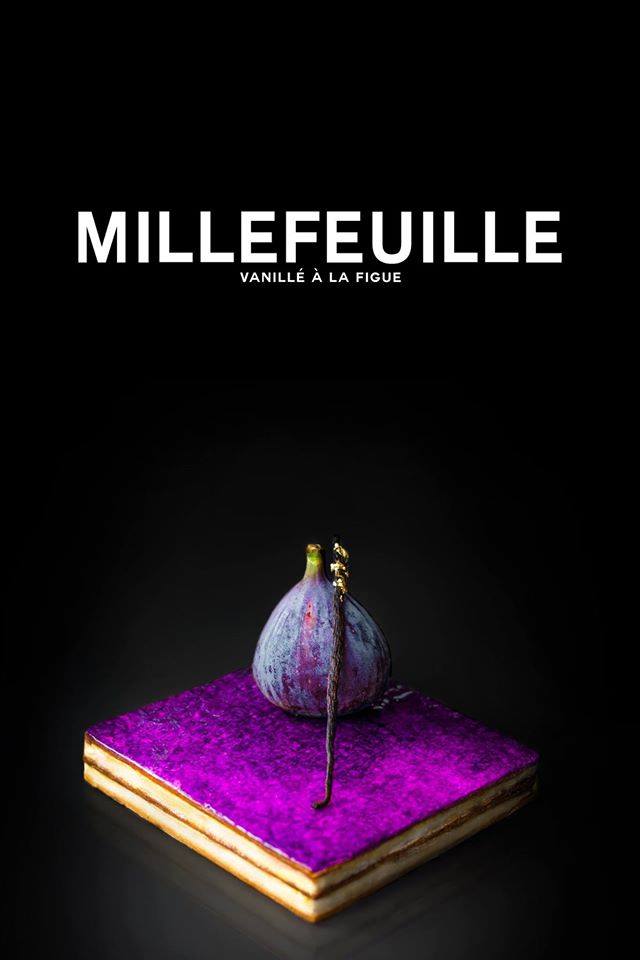 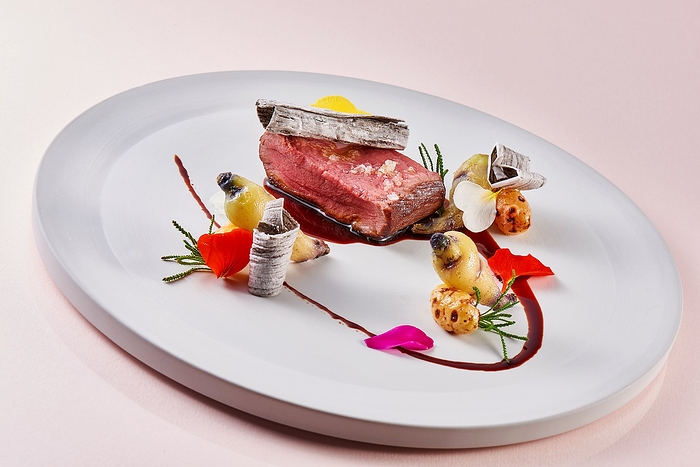 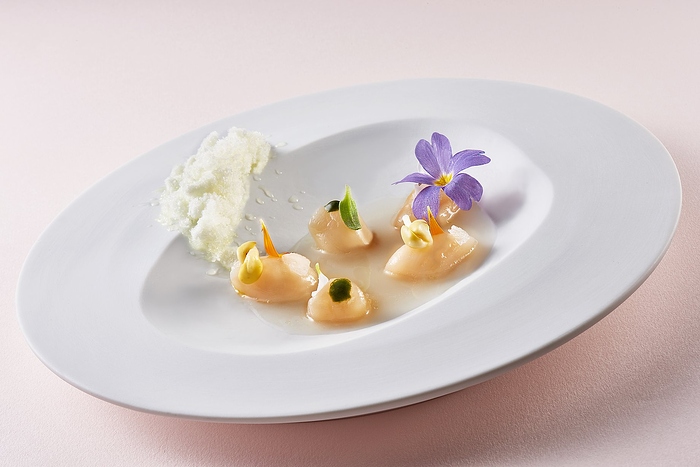 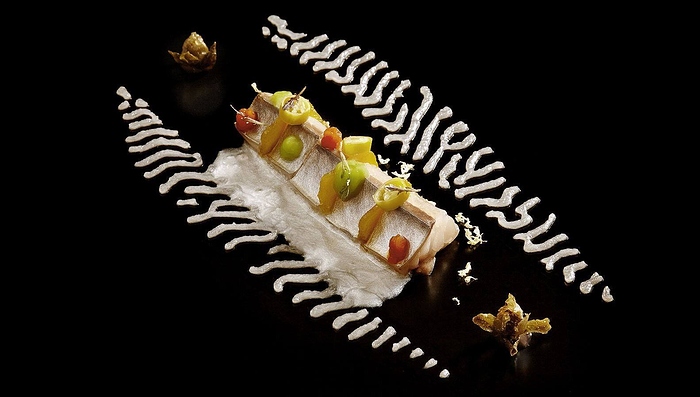 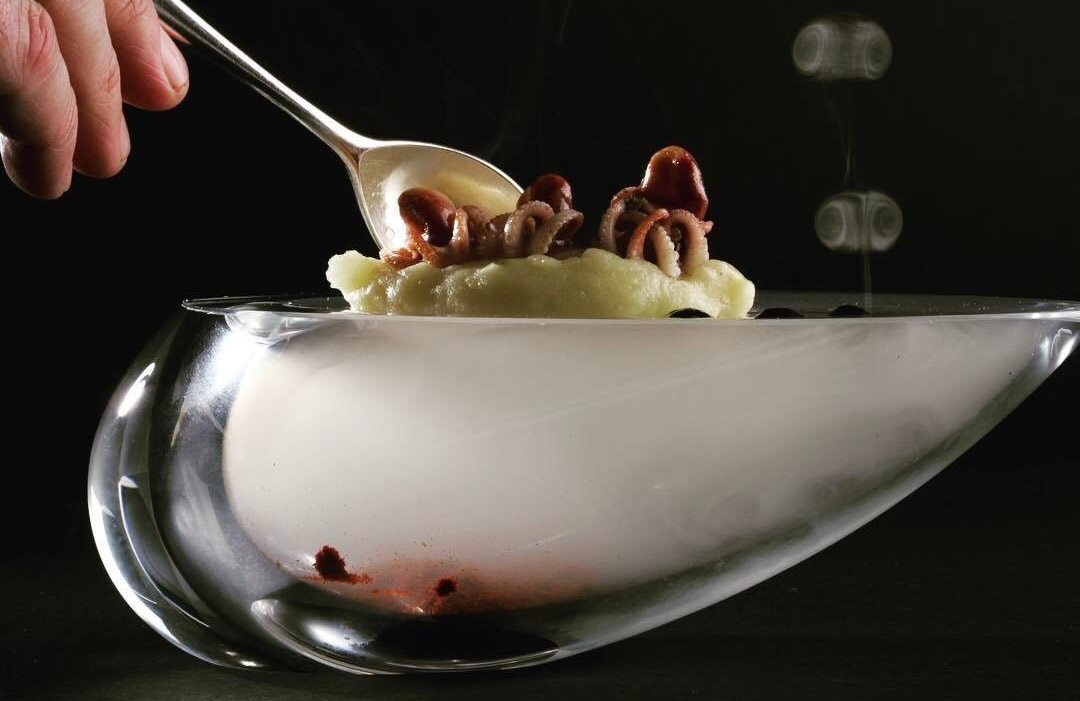 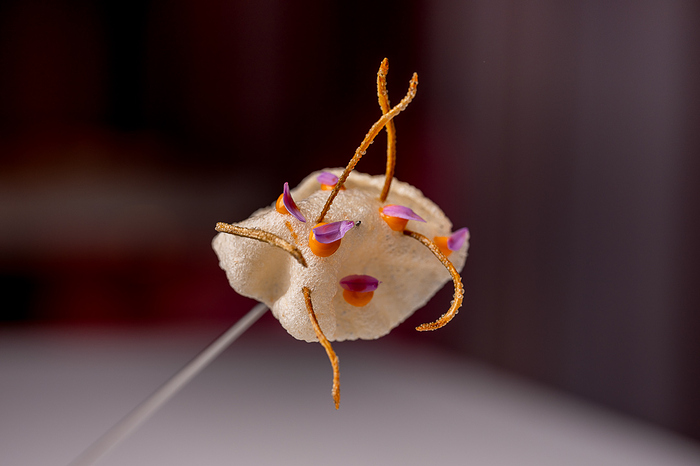 They are experts at the art of dressage or plating - up.

A few minutes is normal and with velocity. They work with TWEEZERS PREDOMINATELY, a group of plated or in bowls, herbs, ingredients, floral embellishments, and “sauce squeeze tubes” for drawing dots, lines, or other desired shapes.

Depending, it could require the time you go from one dish to next, at a restaurant of this calibur. Now, it is done like a line up: One places the parsley for example, another the flora, another the dipping sauces, another the edible seeds or crumbs … etcetra …

It is like a Factory line. Each doing their specialty.

Quite commonly used in upscale and Michelin starred establishments.

Within the terms of modern high end cuisine, I really do wonder whether it’s still appropriate to regard these additions to the plate as “garnishes”, rather than integral parts of the intended dish. I reckon we are now well beyond the garnish generation.

Within the terms of modern high end cuisine, I really do wonder whether it’s still appropriate to regard these additions to the plate as “garnishes”, rather than integral parts of the intended dish.

In the programme Top Chef for example, the judges like to use the word “garniture” (french) meaning certain type of decorations or plating especially with herbs, leaves or flowers. When translated, garniture = garnish in English. Maybe it’s language, or different culture means slightly different things.

In that case, how do you describe the modern high end cuisine plating in English? 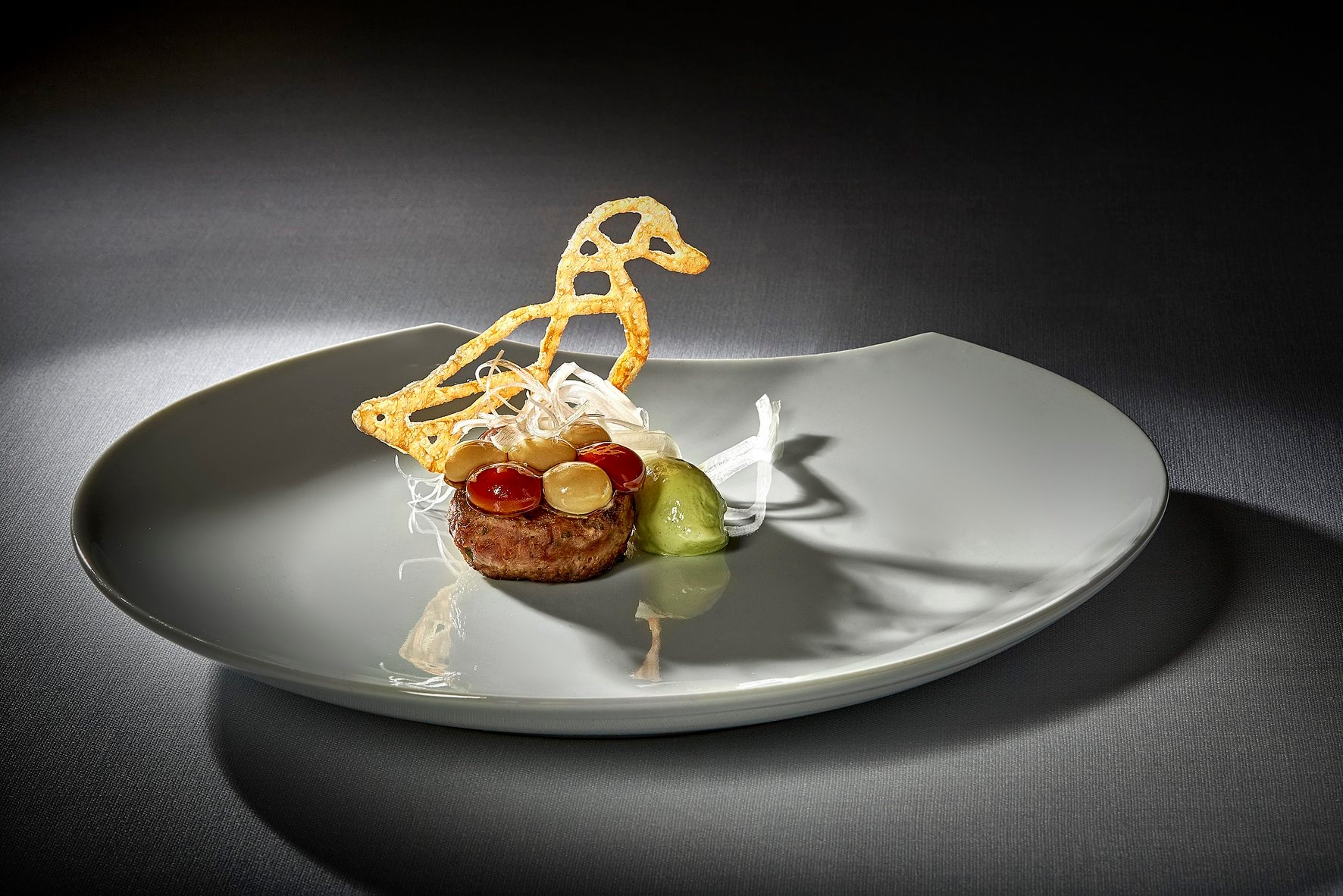 Ha! It took me a while to see it, but actually the crisp is a duck!

how do you describe the modern high end cuisine plating in English?

I don’t think we have a particular phrase for it in the UK, except maybe “modern”. Maybe chefs do but not in general.

Can we have the pleasure to see some of your masterpieces?

Sure. I’ll work on pictures.

Jeepers. The first one would grow into a tree by the time I finished the last. That is truly impressive.

Do these contrived roses really contribute that much to the taste?

Sometimes they do. Confit byaldi for example gets mouth feel and texture from the thin slices. Thin slices, like those in the apple tart, can change the way taste is perceived.

I cook on yacht delivery trips. I’m feeding four or five (or eight on really big boats) guys (mostly - some women crew). “Showers” are baby wipes. This is about as gritty as it gets. It is my experience that appearance does still matter. There is a difference between not commenting on goop in a bowl and recognizing something nicely done.

Remember the watchstander always gets fed first and the cook doesn’t wash up. grin

Their place in contemporary cooking is vital but in every one of their extraordinary dishes, flavour never plays second fiddle. This is the crucial point.

The article in Vice is poignant but I think misses an important point. Sometimes the dish IS the garnish. I would suggest that a French omelette plated as an attractive oblate form with a scattering of chives is dish-as-garnish. With care to sizing (important also for cooking) of root veg roasted with stuffed pork loin served over rice and attractive plating is garnish and dish together.

On the other hand, a row of alternating black and green olive baby bunnies following a hard-cooked egg bunny (momma and babies) that separate sliced cheeses from crackers takes just a couple of minutes and my crew feels cared for even if the main is just homemade pasta sauce over rotini. And yes @naf I will take pictures the next time I make bunnies. Or roses. grin

They work with TWEEZERS PREDOMINATELY

While I, at the other end of the culinary spectrum work with a knife and my fingers. My product does not look so lovely or so delicate.

For those who think garnish is too hard, I’m often working with one knife as owner/customers have their own standards and a “fully equipped galley” may include knives with loose handles that haven’t been sharpened since 1952. I regularly buy an inexpensive chef’s knife and use it for everything so if I can’t make a garnish with a big knife it doesn’t happen. In addition we’re on a moving platform. Small boats (35 to 80 feet, 8 tons to something like 100 tons) move in a seaway. It’s like prepping and cooking during an earthquake that doesn’t end. If I can pull off a tomato rose in those conditions you can do it. I will admit to permanent bruises around my hips from wedging myself into corners for stability. grin

They work with TWEEZERS PREDOMINATELY

I saw that on TV, but I always wander, isn’t it faster to use hands instead. To use a tweezer with small herbs need balance and time. The gesture is more elegant of course.

I think the use of tweezers is because of high level chefs fascination that every plate must be consistent identical and conform to her/his original concept. Hands are quicker but not as precise in getting that viola flower resting on the cauliflower puree facing the right way every time