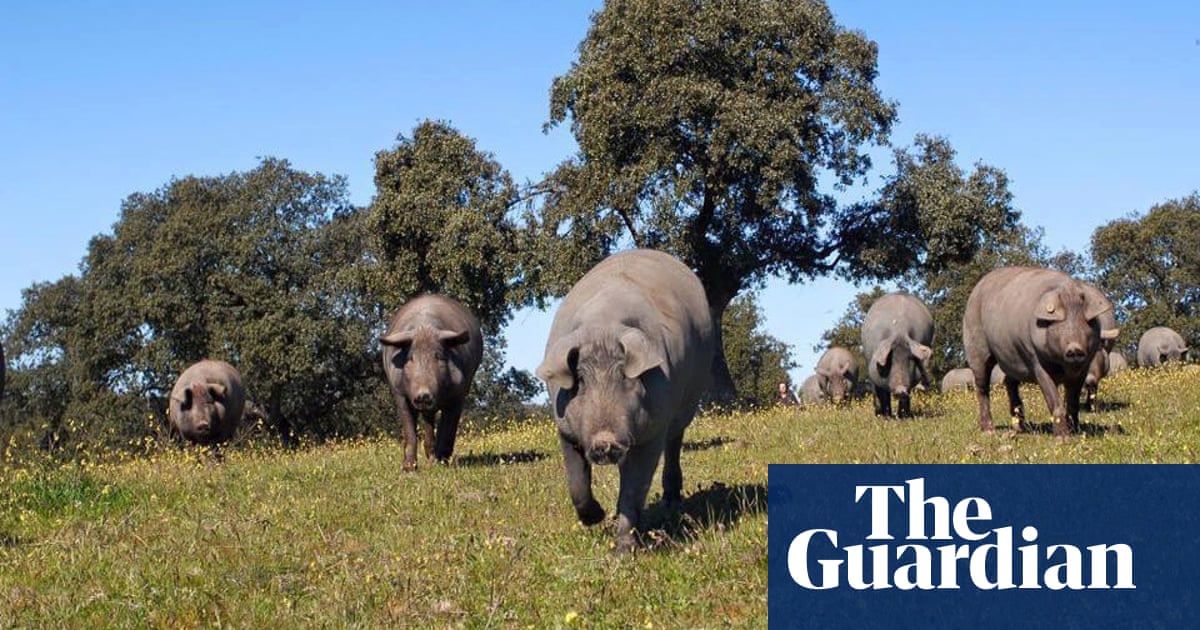 Iberian Pastures is taking advantage of the state’s native crop to feed the pigs not acorns but “pecans, peanuts and sunflower”.

I wander if the taste of ham will be different.

Anyway, France has its version of cochon noir from Gascon too.
https://jemangefrancais.com/jambon/270-jambon-de-porc-noir-gascon-champion-du-monde.html

Yup. I’m pretty sure there will be a distinct taste difference between Acorn finished Iberian Ham & Peanut finished ham from Texas & Georgia.

Do you farm a lot of acorns in US?

Somehow this strikes me as a Steve Martin movie. The Acorn Farmer

I don’t think so, although there are no lack of oak trees across the this great expanse.
Mostly a pain because where there’s oak trees there will be squirrels

One of the things that makes a good ham is the microclimate in the dehesa.

(The site will show in English)

I was there for 10 days last year. Once you try the ham there you’ll scoff at the rest.

Acorns are a completely different tasting profile than pecans and peanuts.

All countries are producing their own and not importing very much.

Jambón is French Ham and it is rarely exported.

We have Dehuesa, Badajoz, Extremaduran Acorn fed ham which is very popular within the country and also Tereuel, Aragonese Ham which is rarely exported. And a more mass market Salamanca Ham.

We support our economy by producing our own products and reducing the importing which produces a tremendous food waste problem.

Spain is veered toward ecological, a huge market for us in and out of the country especially in ecological wines.

Interesting. The gentlemen are Spanish.

The article states that they require acorns from oak trees for the fat in the hams.

There is a market for all.

I don’t see why the Spaniards should be up in arms, since they themselves have started rasing the Hungarian mangalica (pronounced mangalitza) pigs.

As far as taste is concerned, we once spent the night in San Daniele in northern Italy. The taste of the San Daniele ham there is completely different from what you get even 10 kilometers away.

I thought Acorns came from Chestnut Trees. Who knew. Anyway, the only harvesters of Acorns in my bit of suburbia are squirrels. No foraging by man nor beast–nor pig.

As far as taste is concerned, we once spent the night in San Daniele in northern Italy. The taste of the San Daniele ham there is completely different from what you get even 10 kilometers away.

What’s the difference, and do you know why?

We have Dehuesa, Badajoz, Extremaduran Acorn fed ham which is very popular within the country and also Tereuel, Aragonese Ham which is rarely exported. And a more mass market Salamanca Ham.

Taste wise, how are they different in the regions you have mentioned? Especially between the rarely exported Tereuel, Aragonese and Salamanca for example?

Well, it was a while ago (2008), and it’s difficult to describe taste. I do remember that it tasted different, and better, than any prosciutto San Daniele that I had ever had before. There was a wine store close to our hotel, and we went in and looked around, and got to talking with the salesman. He told us that he lived in Udine, just a few kilometers away, and that the San Daniele ham in Udine tasted nothing like the ham in San Daniele itself. Funnily enough, there were no pigs being raised in the area. They were all trucked in, but I don’t remember where from.

San Daniele is a city in the province of Udine. What you said sounds like most of the prosciutto San Daniele doesn’t come from Udine but other parts in Italy.

Well the pork comes from other parts of Italy, but it is processed in San Daniele.

I can imagine–but I do not know this–that certain preservative steps are left out for the local consumption.

I just checked the map, Udine is to the name of a city and a province as well. So both Udine and San Daniele is situated in the province of Udine.

Maybe length of curing? I’ll try to see if I can find something on that. Unless in Udine, they import a different pig.

… and random oak trees. In some situations in California you are supposed to get a “permit” to remove them. Not that I would . 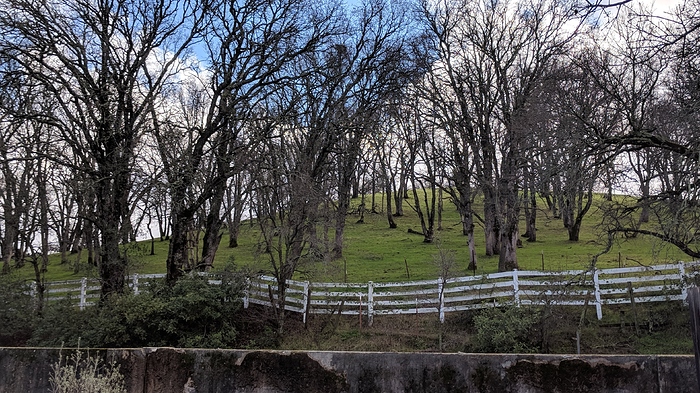 So both Udine and San Daniele is situated in the province of Udine.

Yes, but the curing is done in the San Daniele.

A diet of acorns alone is only a fraction. It takes extraordiinarily more to achieve the unique taste of Jamón Ibérico. As mentioned previously, you need the microclimate and biodiversity of la dehesa, massive terrain and 3 types of oak grown on the property. Rigorous quality and origin control. And of course it takes time to raise the animals and to cure.

The terrain required to raise Iberico pigs is so vast you most likely don’t see them at all. But if you are lucky to come across them near the fence on your hikes just throw acorns over the fence and they’ll come closer.

More stuff from my trip to the Sierra here.

I like presunto and Black Forest ham OK but really, most hams taste to me as if the makers own multiple salt mines. And btw, the pig legs used to make “Parma” ham come from around here. We are EU’s biggest meat producer and have one of the biggest slaughter houses. We are a very small and industrious country in which animal welfare and quality (of anything) are of no importance. Destroy the land to make money is how we operate. Capitalism, yay.

I ate Mangalica in Hungary. It’s all right. Mangalica are primarily raised for the fat. If you don’t like Mangalica it’s quite OK. There’s not enough of it to go around Hungary so Hungarians will be glad if you scoff at Mangalica fat, that only means more for them.

The prized fat. I got some. The smoked one is nice.

Mangalica “jamon”. I bought it from a market stall.

Tereul, Aragonese Ham is “slightly sweet” and quite aromatic and Salamanca, depending on the level, is something you can buy in a SuperMarket for 1 € for 7 slices or ALOT more for higher quality.

I rarely eat it but the best to me is from a region called Jabugo, Huelva and the Jabugo Pata Negra, is what my parents, husband and sons and their wives enjoy most.

Extremaduran, Badajoz, De Huesa would be the 2nd best in my opinion.

This article in my opinion is quite old and it is the same story as the usa producing Feta (cow milk Feta).

In the Aegean Islands, there are no cows and REAL Feta is produced from Sheep milk or Goat Milk.

On the mainland of Greece and particularly in northern Greece are Cows !

Greece had legal issues with The usa regarding the PATENT = COPYRIGHT NAME OF FETA !!!

This is a very similar story.

However, note that many Spaniards live in the usa ! And produce wines, Cavas and Hams as well as Evoo (extra virgin olive oils ).

So, this is not a surprise to us and I think the article is “a bit of false news” …