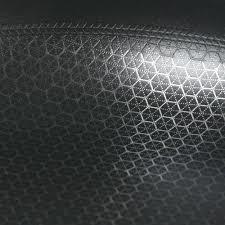 I recently came across a number of pans in this line, and I have to say I generally like the idea: recess or nestle the nonstick down into a matrix of SS nubs, so that utensils have a difficult time contacting the softer material.

Has anyone here at HO used one? And for how long?

First post on hungryonion.org. Seems like a pretty cool site and recognize a few Handles from CH. Been intending to join for awhile but have been somewhat time constrained. I have allowed myself out of habit to be on the cookware boards some at CH.

I noticed the Frieling Black Cube a while ago, but don’t have one. I like Frieling Sitram made in France, or maybe a Freiling Golliath Mortle and Pestle but not sure about this one. My first question is where is it made? and I think in China. Haven’t looked into it that thoroughly but it’s probably China Mfg non-stick with a interesting geometric design pattern and thats it.

Well, as we say, why not take a bullet for the team and buy one?

Frieling’s hang tags for Black Cube say (and my own visual inspection confirms this) the nonstick sits at a level below that hexagonal lattice you see in the photo. Whatever the non-stick material is, the lattice pretty much makes the pan impervious to metal utensils. So not really just another pan.

Where have you seen them?
I’ve been buying my pans almost exclusively from the TJM/HG/Marsh outlets, so I’m guessing this stuff won’t show up there for a while (if ever).

I’m dubious. I have a Circulon nonstick pan that gunked up within a month of using. Anything that scorched became intractably stuck between the concentric ridges. My stove is a very old electric cooktop - even on high, it doesn’t get super-hot, e.g., can’t deep-fry with it. I used it for many years, but it required fat for everything but boiling.

While that is an interesting feature about the lattice functionality, I’m not ready to pick up one just yet. It is a “different” pan though I see the more I look into it.

Is this kind of the same line of idea of Circulon, but a little more detailed? 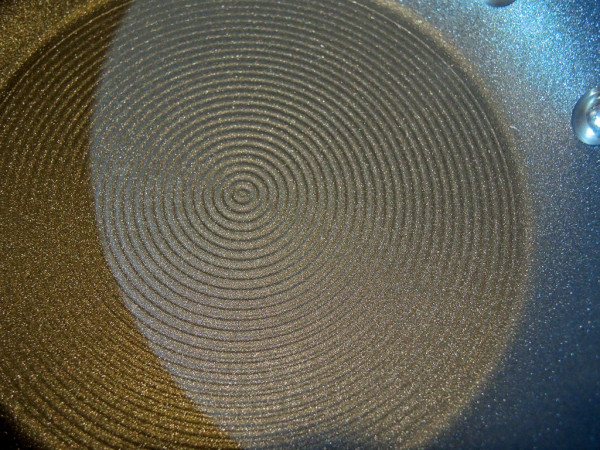 Kind of. The “hills” and “valleys” in the Circulon are both coated with the same nonstick. So that on the “hills” could be worn off by utensils. And solid food is perched atop the “hills”, allowing drainage, which discourages the steaming effect of a flat PTFE surface, hence more browning.

The Black Cube design is much smoother than Circulon’s. You can barely feel any difference between the high and low spots. And because the lattice is SS, there’s nothing to wear off of the “hills”; the nonstick is all nestled down where most utensils can’t get at it.

I suspect the Circulon would be better at browning, and that the BC might be longer-lived.

Got it. Thanks for the explanation.