“One of them developed a fairly significant crack when it was in the freezer, so I did not use that egg. “

Fairly significant crack just about sums it up when I looked at them again. Good luck with yours though.
I’m almost afraid to let mine thaw out.

Ages ago, before I knew that to freeze raw eggs for future baking or scrambling, you need to beat them with salt or sugar, I cracked a dozen eggs into a container and froze as is. Sure enough, the yolks remained solid after thawing, but the whites were fine. I guess if the cracked shell punctured the yolk before it had solidified, it might mix into the white before everything completely froze, but that’s a long shot. Should be usable when thawed.

Reporting back on attempt #1. I cracked the egg into a cup (because the shell already had a fault line) and melted some butter. The white was very watery and immediately spread out to cover the bottom of the pan, while the yolk - which was a solid sphere - slid all the way to one edge. Not very pretty! I attempted to form the thing into something that looked more appetizing. Next time I’ll use oil, with butter to finish, so I can get the pan hotter. Nice texture to the yolk, but this does not alter my life. 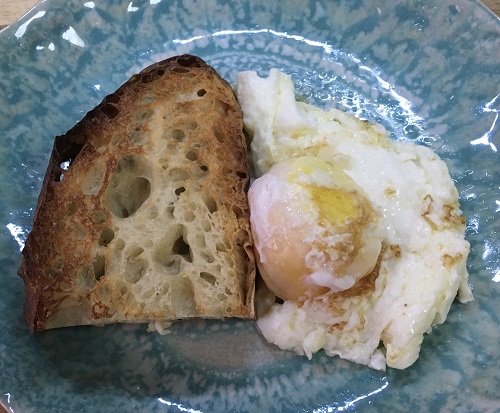 I tried it. I overcooked my yoke because I was worried it was still frozen inside since I did not put it in the refrigerator for the full 24 hours. More like 16hrs. I should have trusted that it would cook up fine as article mentioned that it will seem as if yoke is still frozen while cooking. It was custard like on the top and more cooked on the bottom of the yoke. Next time I won’t cook as long. Like other reported the shells did crack a little. The cracks were less noticeable one they defrosted. One might consider disinfecting the shell in some food safe manner before freezing to help prevent bacteria from the shell entering the egg should it crack. I had no troubles with the whites separating. Not the most spontaneous egg I have eaten. I will try aging and cook it properly next time since I did like it. I’m trying to upload a picture. I am trying to upload a picture but I’m not sure it will work since my internet speed is so slow it might time out. 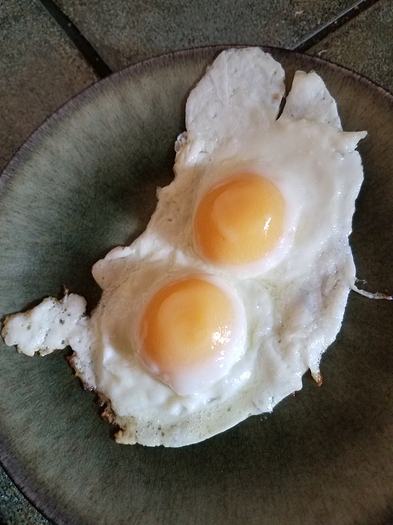 Take two. Better, still needs work. This time, I used Jose Andres’ method for Spanish-style eggs - very hot oil, tipped to the side of the pan so that the egg doesn’t spread. Much prettier, and if I do this again, I’ll start basting the top with oil right away to set the white, so the yolk doesn’t cook as long. 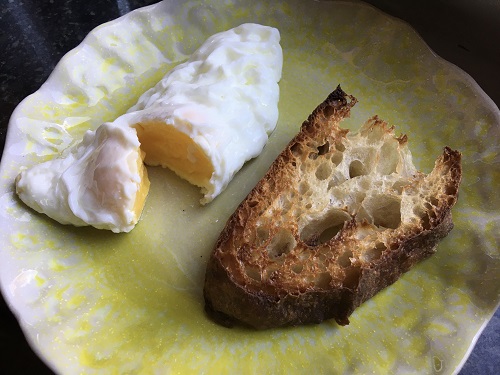 I’ll have to try this. Meanwhile, re: the oven-poached eggs in muffin tins article that was next to this one, my almost-foolproof microwave poached eggs method is to take a round-bottom bowl, and 1/2 cup of water for one egg or 3/4 cup for two eggs, cover with a plastic plate or whatever, microwave for 50 seconds for one or 1:20 for two (your microwavage may vary.) The plate’s in case it explodes, but that’s rare; the water keeps the heating slow enough for the egg to cook without overcooking.