Care of my son and daughter in law!

Two kinds of olive oil, for using with heat, one for serving cold. 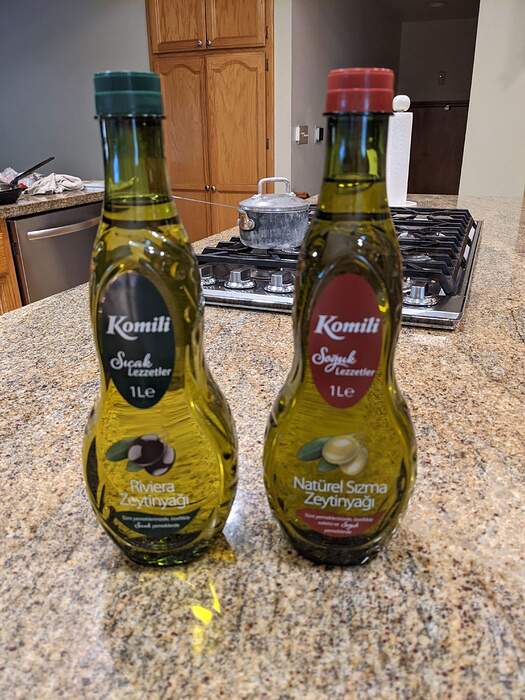 Tea, from an area known for tea, and for her dad. 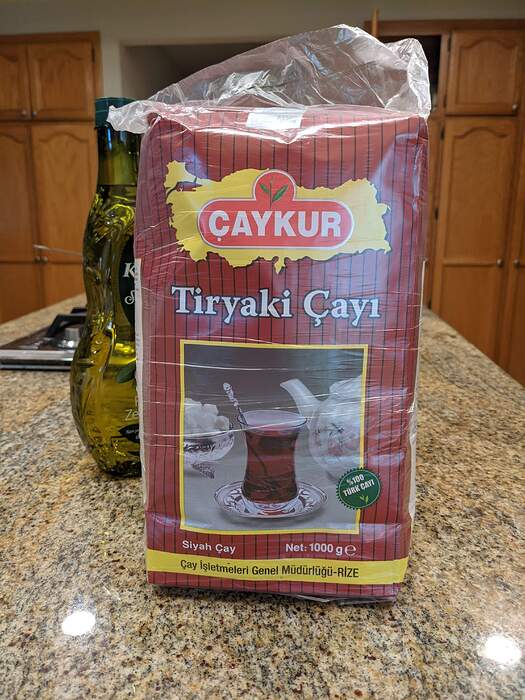 Some herbs! Thyme? Oregano? And biber? 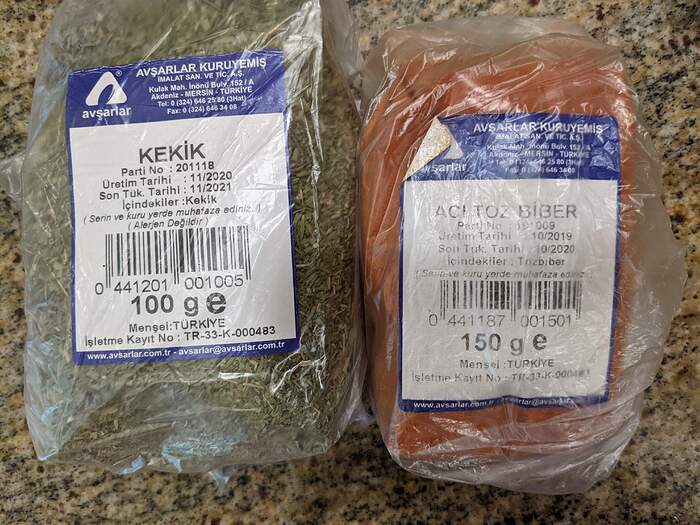 … and the hottest biber. 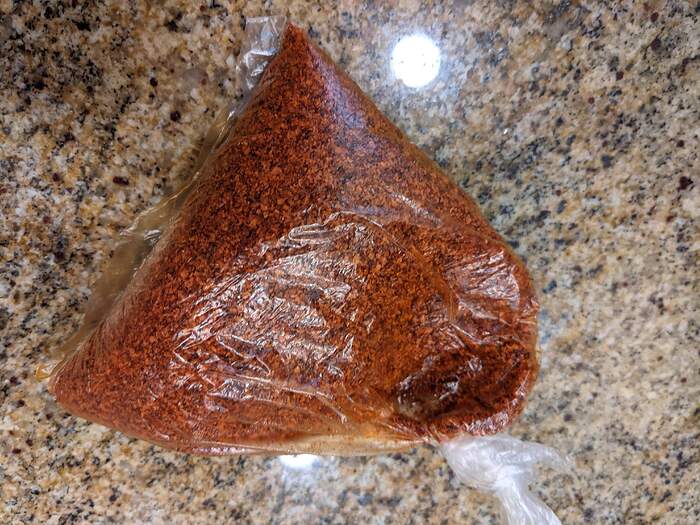 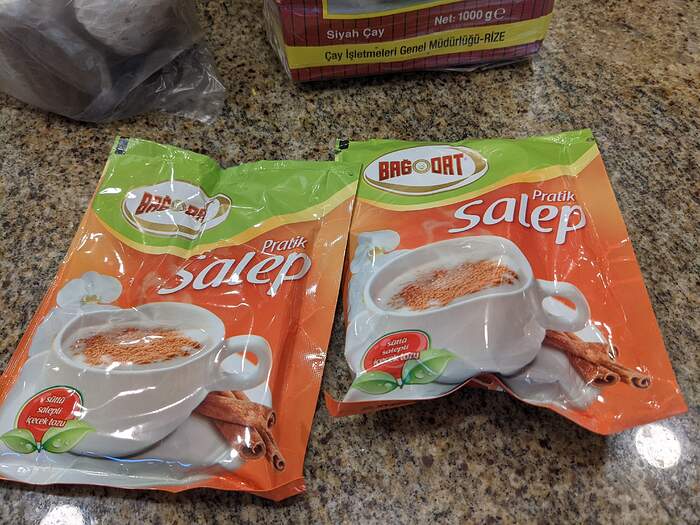 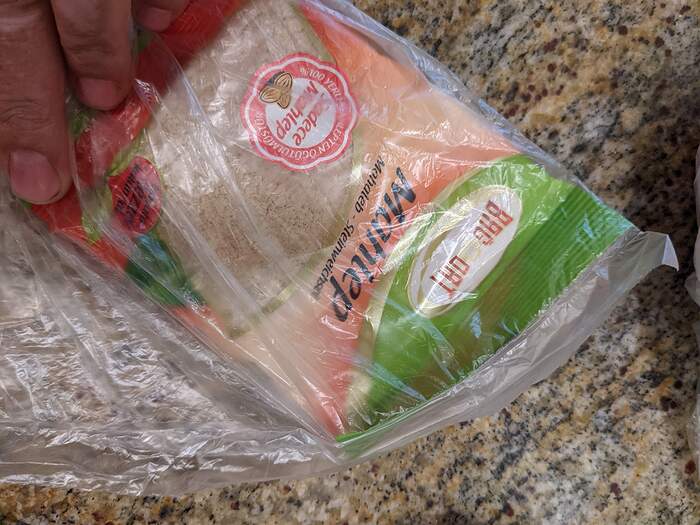 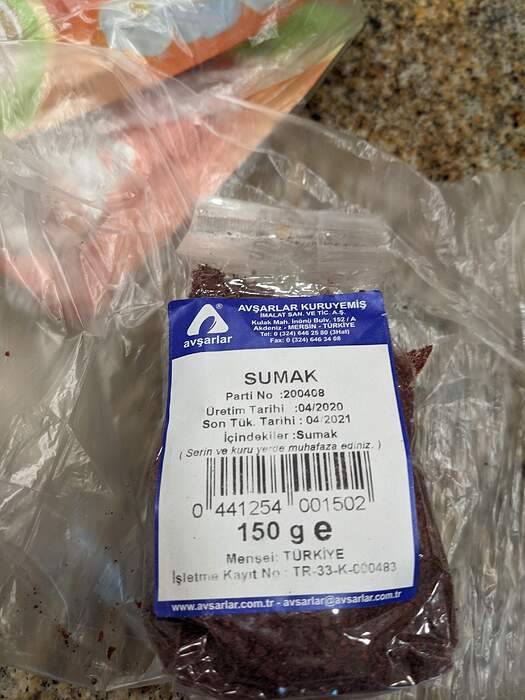 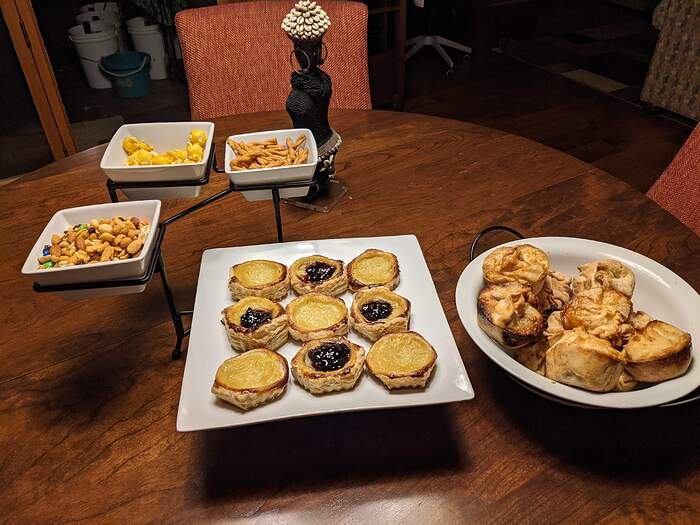 I’m not sure if your question marks are all questions, but… Kekik is thyme, I don’t know if it’s a Turkish variety or the same thing I’m used to.

The original salep has orchid root mixed in, but the orchids are becoming rare from over-harvesting.

Thanks so much about the salep. I know she said a drink, and I thought she said something about egg nog, but maybe that was wishful thinking.

I understand biber means pepper, but there are many, I grow a LOT of them, but these don’t have labels!

Yes! That’s a lot of tea, but son says they drink it night and day.

I think what I labeled orzo was not what she called orzo, which I said when cooked with rice as she did, reminded me of Rice-a-Roni. Then I busted out with my rendition o the commercial, much to my family’s chagrin.

She also brought “orzo” and bulgur.

Oh kekik, how you have eluded me. I started cooking at a very tender age with my Easy Bake Oven, which used a light bulb as it’s heating source.  I loved that hoodad!  Sometimes, when I was v…

I’ve been gifted kekik before, but I think DIL said some she brought was labeled uncertainly, and last time I got some, I read it could be a certain kind of thyme OR certain kind of oregano. 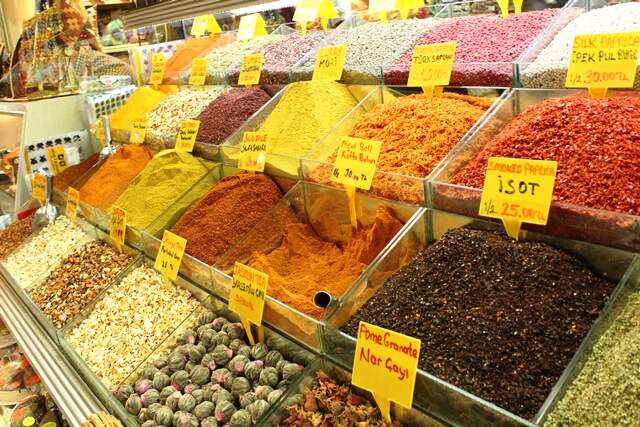 “Mahlab (Mahlep): It is a common spice used in baking in the Middle East. It is made from the seeds of a cherry species, called St. Lucie. It gives a nice, nutty aroma to the baked goods, balances the sweetness”

My impression is that salep has a similar purpose to eggnog, a Turkish style cozy drink for winter. I don’t know anything about the taste, just the orchid connection.

And the kekik translation being actually either/or, just shows how little I know.

Sounds like you know more than many! I’ve done my share of traveling (not enough, but my share) but would never have imagined how little I knew of the istory and the world without having her in our family.

Good that the goodies passed customs clearance. Whilst your son and DIL are around maybe you can ask them how to use some of the things?

There’s a big Turkish population where I live and I enjoy checking out the products in their shops, spending a lot of time reading labels every time. Many wondrous edible things which I have almost no idea how to use.

These are not meat products or fresh vegs so it’s OK to enter the country with them.

Chilean customs are so strict. Nothing, absolutely nothing edible is allowed to be brought into the country. Signs everywhere letting you know how strict they are and what the consequences are if you get caught. Sniffer dogs are all over your bags and you. It takes longer to clear customs than the journey itself. Even longer if you don’t enter by air.

I made sure to tell them not to take any chances with customs. It was hard enough just getting her here!

Urfa biber is a dried Turkish chili pepper of the type Capsicum annuum cultivated in the Urfa region of Turkey. It is often described as having a smoky, raisin-like taste. Urfa biber is technically a red pepper, ripening to a dark maroon on the plant. Wikipedia

I use mahleb /mahlepi with I make Greek Easter Bread aka Tsoureki.

A traditional Greek Easter Bread (tsoureki) recipe! Making your own tsoureki can be challenging even for the experienced cooks, but experience has shown me, that it's all about having the right recipe. Go ahead, find out all the secrets to make it to...

I’ve been getting requests to make the fragrant Paskalya Coregi, the Easter bread sold in bakeries and patisseries in Istanbul all year around. I am so glad the readers asked (with special thanks to… 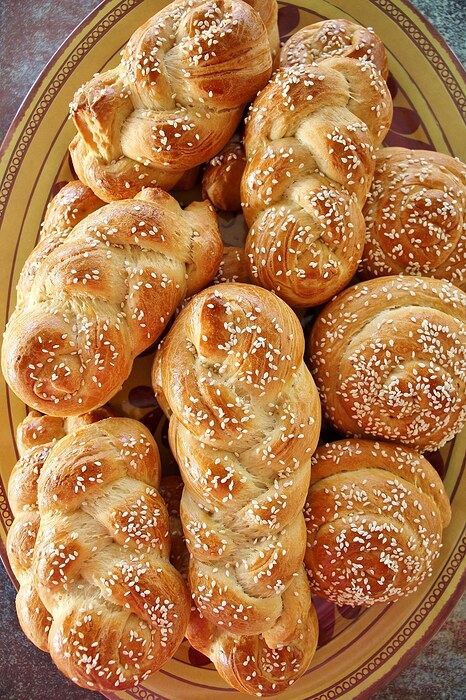 Chorek (choreg) is a very traditional Armenian sweet bread that is typically made around Easter and even Christmas. It is enriched with eggs, butter, milk, and sugar to make it slightly sweet, rich, and tender-crumbed. 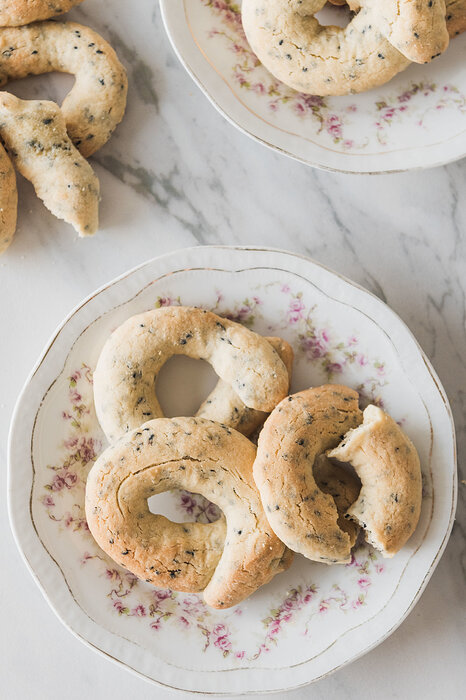 An easy make-at-home version of the silky-smooth, perfumed Turkish beverage.

That’s a wonderful haul @shrinkrap! So looking forward to seeing your cooking projects using those great ingredients. And I like the spread your DIL had waiting for you! Please keep us posted. BTW, I love the very limited Turkish foodstuffs I’ve had, but have a couple cookbooks & want to experiment. Talk about a country rich in lots of things - they grow a lot of nuts, fruits and apricots, among other things. I’m sure your DIL and son are great teachers and ambassadors, so to speak. Enjoy the bounty.

Tea, from an area known for tea, and for her dad. 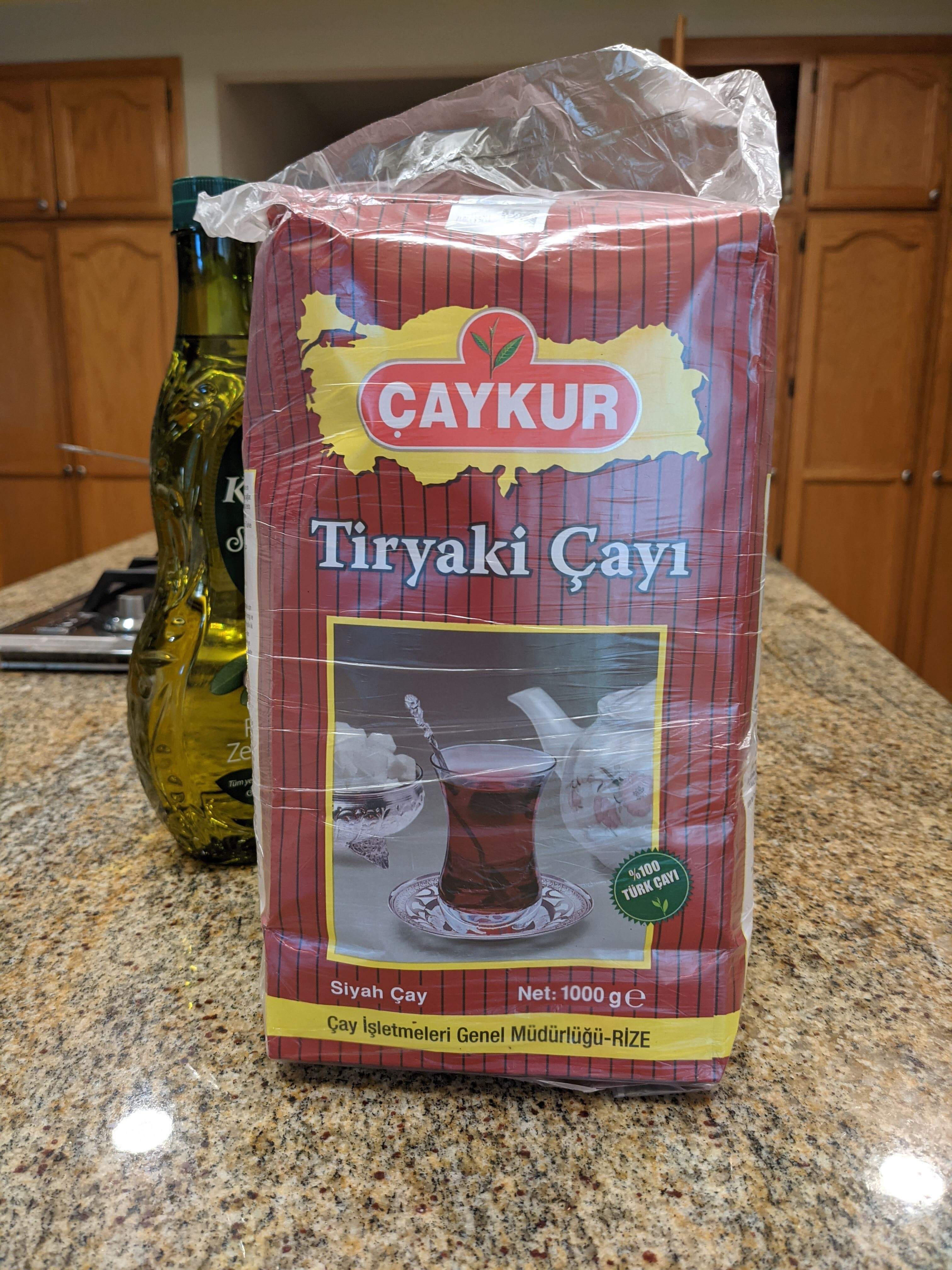 Some herbs! Thyme? Oregano? And biber?

Turkish tea: Although a black tea, served in a glass not a cup, it is very lightly brewed (no darker than a Chinese restaurant serves Jasmine tea) with lots of sugar. A standard tea ball leaks grounds into the tea. Get a cloth herb pouch and keep the hole in the top out out the hot water.

Sumak is not the same as sumac. Its sometimes used to flavor before cooking, especially on grilled stuff, or sprinkled on at the table or both. Its kind of like lemon/lime flavoured smoked paprika.

My hair colorist is from Turkey. One year they brought back the most delicious dark chocolate.

Sumak is not the same as sumac

Well THAT was just in time! Is it NEVER the same? Some sources say it’s the same.

I have zero experience with this, but I haven’t been able to find any source saying that the Turkish kind is different in any way.

Nor have I. Both spellings are used and refer to the same thing.

The Anacardiaceae, commonly known as the cashew family[1] or sumac family, are a family of flowering plants, including about 83 genera with about 860 known species. 35 species are native to N America.–Wikipedia

Its like bay leaf: “California and Turkish bay leaves can be used interchangeably, but because of their stronger flavor, less of the California should be used in recipes.”-- savoryspiceshop.com

From this I understand that they are both sumac (spelling should be ignored, it’s the same part of the same plant), but each region or climate may grow a slightly different variety. That makes sense.

Am I wrong about this? For example, is Turkish sumac unsuitable to even be tried in the same recipes as other sumac?