First crawfish of the season Houston

The first for us anyway.

We went to Bayou City Sunday. I’m resigned to 7.99 a pound being a decent price unless you go to a hipster bar in mid-town on a Tuesday to save a couple of bucks.

So we got two pounds, fried catfish pieces, broiled oysters, and chicken and sausage gumbo. The Wifeacita concentrated on the apps while I hit the crawfish. Good thing I don’t eat as much anymore because they were delicious and a fellow could go broke eating them.

They were perfect for jc style crawfish eating which is a solid medium size but not too large with a soft head that you can squeeze the fat and juice out of onto a piece of dry French bread. Four or five and you have a mini sandwich, peel, squeeze and repeat.

Everything else was great as always, by the way MY HEB Bunker Hill has live and cooked crawfish on weekends.

by the way MY HEB Bunker Hill has live and cooked crawfish on weekends.

And Mondays. I was there yesterday. The visit was mainly to hit the Best Buy across the street but ducked in to YOUR HEB also. I still haven’t had any mudbugs this season though.

One of my offspring was at Bayou City yesterday and sent me a photo of his blackened catfish and bugs. Need to make a point to get there. But $8/lb?? Stop the madness. 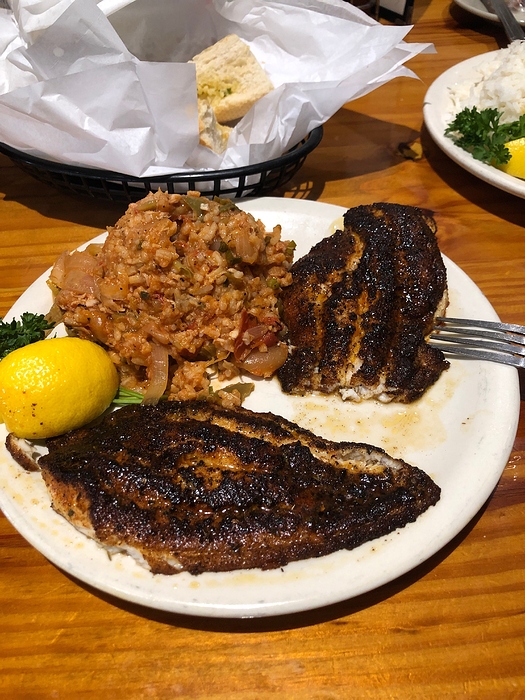 And Mondays. I was there yesterday. The visit was mainly to hit the Best Buy

I was there yesterday as well. I’m pretty sure the Monday thing was for President’s Day as they were also selling boiled shrimp and that store was packed. Then again maybe they didn’t sell out on the weekend.

That was MY Best Buy before I retired last year after 20 plus years. How did it go? They get some bad pub but the kids that work there really know their stuff.

We were there Sunday and they were only 7.99. Somebody got ripped off.

I was at HEB this afternoon. No more crawfish boiling, but no parking spaces either. The place was packed. I don’t understand why.

It’s always like that. I’m lucky enough, I think, that I’ve had two joint replacements and a few hospital stays last year that earned me a handicap parking placard although yesterday I could only find one.

Between MY HEB and MY old Best Buy they suck a lot of money out of Memorial/Spring Branch. Before opening on Thanksgiving Best Buy would do a million dollars plus on Black Friday. I won’t get into day to day numbers but they are significant.

That was MY Best Buy before I retired last year after 20 plus years. How did it go? They get some bad pub but the kids that work there really know their stuff.

I was in there a couple of months ago also. I drove my aunt and uncle over there to buy a new portable cd player and was shocked to find they had only one model in the store. It was a Sony and was fine but I was really surprised.

While it doesn’t happen every day that store is a great place for sports celebrity sightings since so many live in Memorial from the small to large, Mary Lou Retton to Yao Ming.

Speaking of bad pub, Roger Clemens is a frequent visitor. One time he loaded up his truck for his foundation and tipped the fellas a Benjamin for loading it.

One time I was answering the phones just before Christmas and a voice said, “This is Roger Clemens of the Houston Astros.” He wanted me to set aside a couple of video game consoles for a quick pick up and was rewarded with three color autographed glossies.

He’s a very generous man but don’t suggest rolling up on him for an autograph as it won’t go well.

I speak for the Wifeacita that we still love our HOUSTON ASTROS and will watch virtually every game como siempre!

I’m trying to learn virtually every line to the movies Wolf of Wall Street and Sicario like I know The Godfather and Goodfellas.

Sicario has some scenes in Spanish with subtitles so I’m using it to improve my Spanish with the Wifeacita filling in the holes.

How’s this. "No no no no, con pas con pas, suelte la pistola, pregunta paesono, quiere morir? Then the shooting starts and it doesn’t end well for the criminals.

On a tamer note there is Patti’s Mexican Kitchen on PBS with lots of subtitles.

Here’s a list, cheapest to most expensive. LA Crawfish is $10/lb 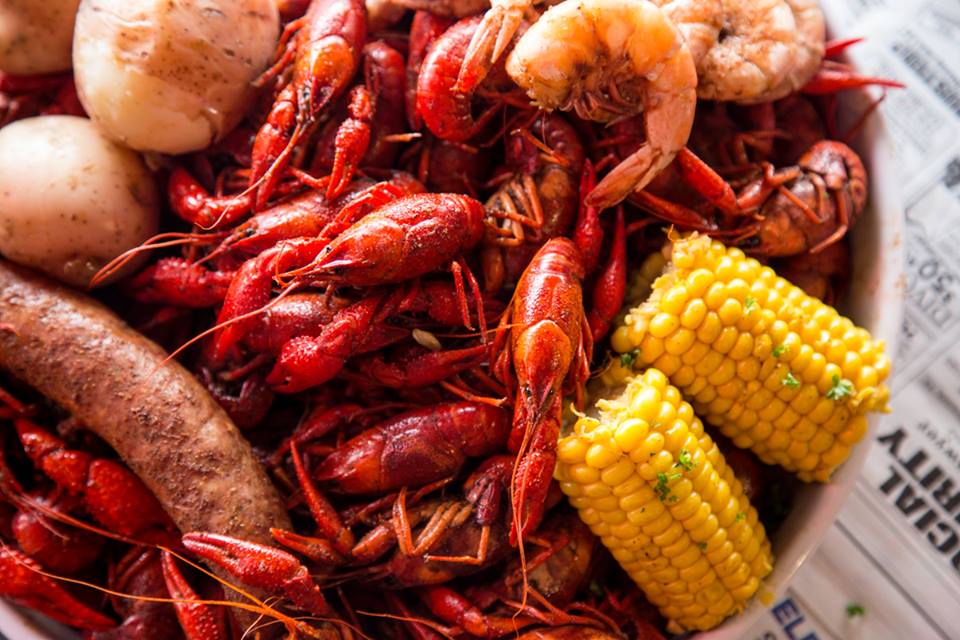 Looking for a good deal on mudbugs? Here are 21 crawfish deals around Houston

Crawfish season is in full swing and area restaurants are jumping in on the mudbug mania by offering daily specials and hard-to-beat prices by the pound.

hard-to-beat prices by the pound.

So depressing. Most of the “decent” prices are on the fringe of the Earth and I’m afraid I might tumble over the edge.

Could happen. The edge is just beyond Katy I hear, but the earth there is beginning to crack.

The edge is just beyond Katy I hear, but the earth there is beginning to crack.

So you’re a Flat Earther as well. Nice! Jaymes better get out of Katy fast!

The Wifeacita brought back two pounds of live Louisiana cooked at 6.97 a pound from MY/OUR HEB. They were medium to medium large nicely spiced that left a little burning on the lips. Throw in a few fresh flour tortillas and instant crawfish taco.

As a previous hardliner on prices this year I find myself crumbling to the joys of the mudbug.

Looking at the menu apparently Monday happy hour. Jeez Lambsy are you referencing my point about hipster bars on an off night?

That menu is super confusing. It looks like happy hour may be all day, but who knows? The person who pointed it out to me said they were 5.50 all the time. Still not a venue I’d enjoy I suspect.

The Wifeacita was galavanting around the Rio Grande Valley and a Mexican border town with her brother and sister a couple of weeks ago so I took revenge and ate crawfish not once but twice.

The first was three pounds at Bayou City at the usual exorbitant rate of 7.99/lb. They were delicious como siempre.

Next was MY HEB take home and feed at 6.97/lb. They were nicely spiced but a bit soggy which I surmised was from being on the bottom, so…

The Wifeacita gets home and I ask her to get some on her weekly OUR HEB visit but asked her to get them off the top. The crawfish guy agreed that was the way to go and they were delicious with lots of fat from the head.

I had 3 lbs at a cajun joint in East Texas last weekend and they were pretty tasty, no dipping butter though, is that a regional thing? 7.50/lb The poor man’s lobster is not for poor folk anymore.

Are you victualled up for a 2 week hibernation? I have enough to eat food in the freezer, it may not be exciting.