I usually pick them up at Mayflower and Stop & Shop, but I’ve also noticed the same that the local S&S hasn’t had them the last few weeks. Replaced by hams and turkeys for reason. Mayflower almost always has them, usually frozen in packs of 2. I usually see 2-4 packs in the freezer; if you want to pick up a large batch, I would definitely call ahead and have them order enough on hand for you.

I only recall seeing the pre-cooked confit duck legs at Wegmans, but not raw duck legs. Duck breast aplenty…no duck legs – that’s the Westwood one that I usually hit.

I vaguely recall seeing this in the freezer section on occasion at Kam Man too, but that might also be inconsistent.

Though you must have tax number in CT, and pay a membership fee

AFAIK Restaurant Depot has never had a membership fee.

First let me just say - getting to the far side of Cambridge is a PITA from Waltham. Wow . . .

Mayflower Poultry - Yes! Frozen Long Island (assuming) duck legs for $6.49/lb. Bought them out. He asked what I was doing with them because they have been selling way more of them than duck breasts recently (probably because the rest of the city is out of them).

Savenor’s - They were out. But they were having more delivered . . .tomorrow - ugh. So I ordered 10. They will order both LI duck and Moulard duck. So I asked for the Moulard. But I have to say at $16/lb they better be the most red, meatiest duck legs ever or I won’t go back to them (though I am glad to know they are there and their beef looked great). D’Artagnan sells them for $10/lb so even with shipping I’d be better off ordering online. But we will see.

So it will be a confit taste test this weekend hopefully.

And I have to say - I’ve loved Boston’s food scene (been here 7 months now), there are so many things I can get here that were impossible for me to get before. But wow Boston is not into Duck apparently.

Thanks for all the suggestions.

I find a surprising number of people who’ve never had duck and give me the weary side eye when I recommend it, but that’s shifted quite a bit in the last few years, and I think it’s not so “weird” to the average diner anymore. I do think many home cooks are intimidated by duck; i never really started cooking duck legs and duck breasts until about 2 years ago, even though I grew up eating roast duck all the time.

Sarah Moulton’s and Joann Weir’s PBS cooking shows are duck-heavy. Duck purveyors are among their underwriters. So, home cooks who’ve never cooked/eaten duck can see how to prepare it. It appears the promotion is achieving its desired goals.

Savenor’s Moulard duck legs are excellent. I don’t think that you will be disappointed. But when did the price get that high?

Not sure. Picking them up today but that was the price they quoted me when I asked the other day. I’ll report back with the actual price when I buy.

That was, of course, a rhetorical question. Heck you haven’t been here long enough to know such a thing! But, that is a significant increase from a year ago for sure.

They turned out to be $10/lb for the duck legs. Big and meaty looking. So that seems on par with online but of course more than the LI legs. Now to get them confit-ed.

Now that is not a drastic increase at all. I hope that enjoy your confit tremendously.

i LOVE duck, but more than once have served it to adult friends who eat it for the first time at my house!

I ended up buying 20 LI legs from Mayflower ($6.50/lb) and 10 Moulard legs from Savenor’s ($10/lb). Though neither of these are easy to get to from the western burbs. Stop and Shop does apparently carry them normally, they had just been out for a few weeks and were hoping to restock in the next week or so.

I turned them all into confit this weekend - that was the largest batch of confit I’ve done to date. I made them all the same way (dry brine with salt, pepper, bay, thyme, garlic) and then sous vide at 180 for 8 hours. I do like doing it sous vide because it takes less fat and I don’t have to think about them at all - though 30 legs still takes a lot of fat. I did dry brine them differently this time. I used use Thomas Keller’s method which essentially takes much more salt but you keep them on the salt for only 8 hours (if I remember correctly) and then rinse. But the last two times I’ve found them too salty in the end. So this time I just salted liberally and left for about 18 hours (with the herbs/etc), much better salt level in my opinion.

The conclusion - we both liked the LI duck better. I was very surprised. We both described why we liked it better using different adjectives but essentially for the same reason - “duckier” flavor or “gamier” flavor. But we were both happy to eat both kinds.

The moulard legs were about twice the size of the LI legs (10 legs = 9 lbs vs 20 legs = 10 lbs). They were very meaty and the skin was much thicker and had a much fattier layer under the skin. The LI legs were a little more like fatty chicken legs in skin thickness and texture.

The other reason I may buy the LI legs in the future were their size. If I were to serve each person a Moulard leg, it would be a huge portion. The LI legs were the perfect size to serve as an individual portion with a salad for example.

In all fairness - if I wanted to be “scientific” about things - maybe the moulard legs would fair differently if I left them in the cure for longer (they were twice the size) but I’m not sure if that would be the case.

I’m going to keep a few under fat for a while, make rillette out of some, and freeze the rest. If my opinions change I’ll post back.

Thanks for all your help and suggestions! 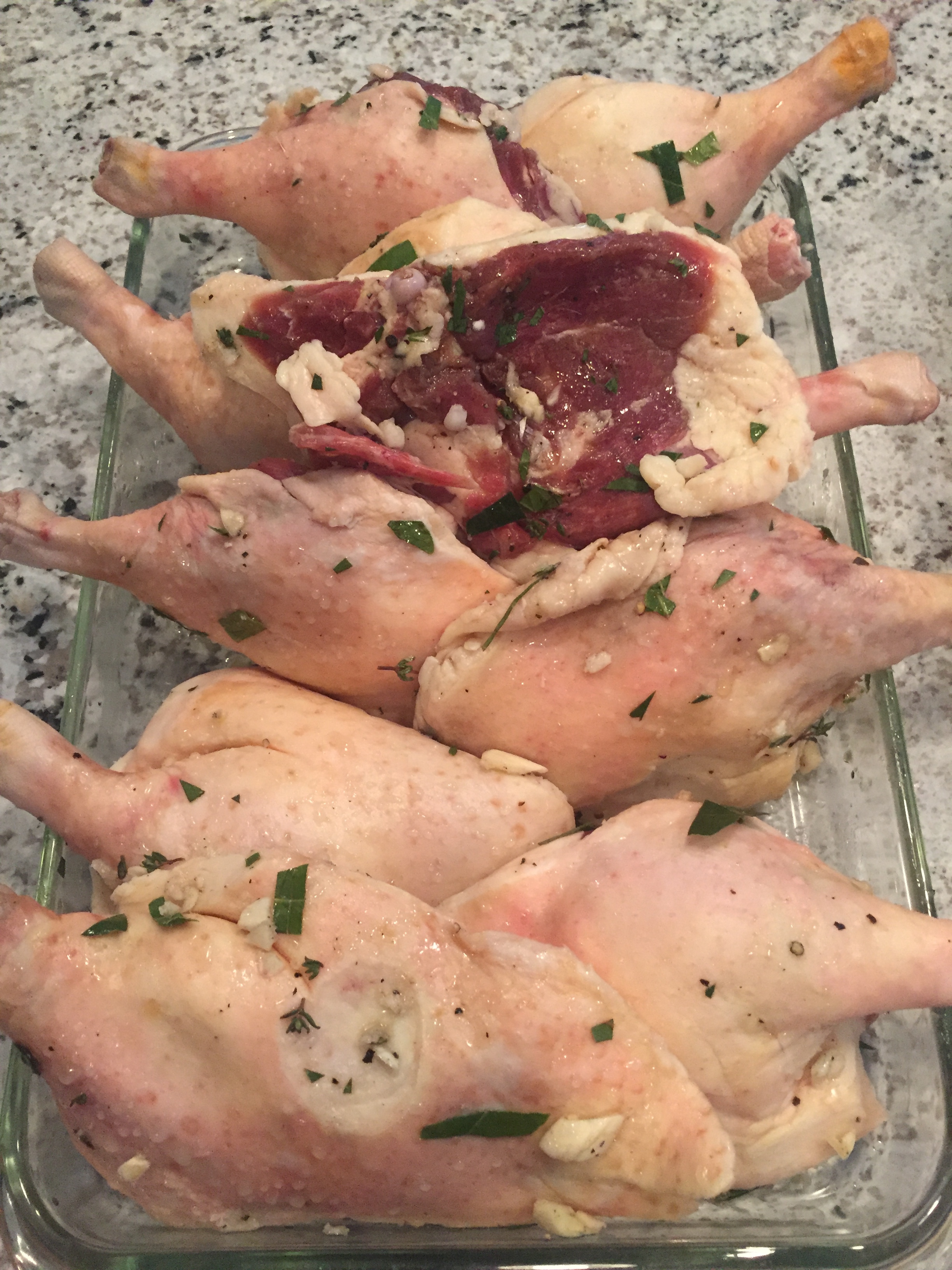 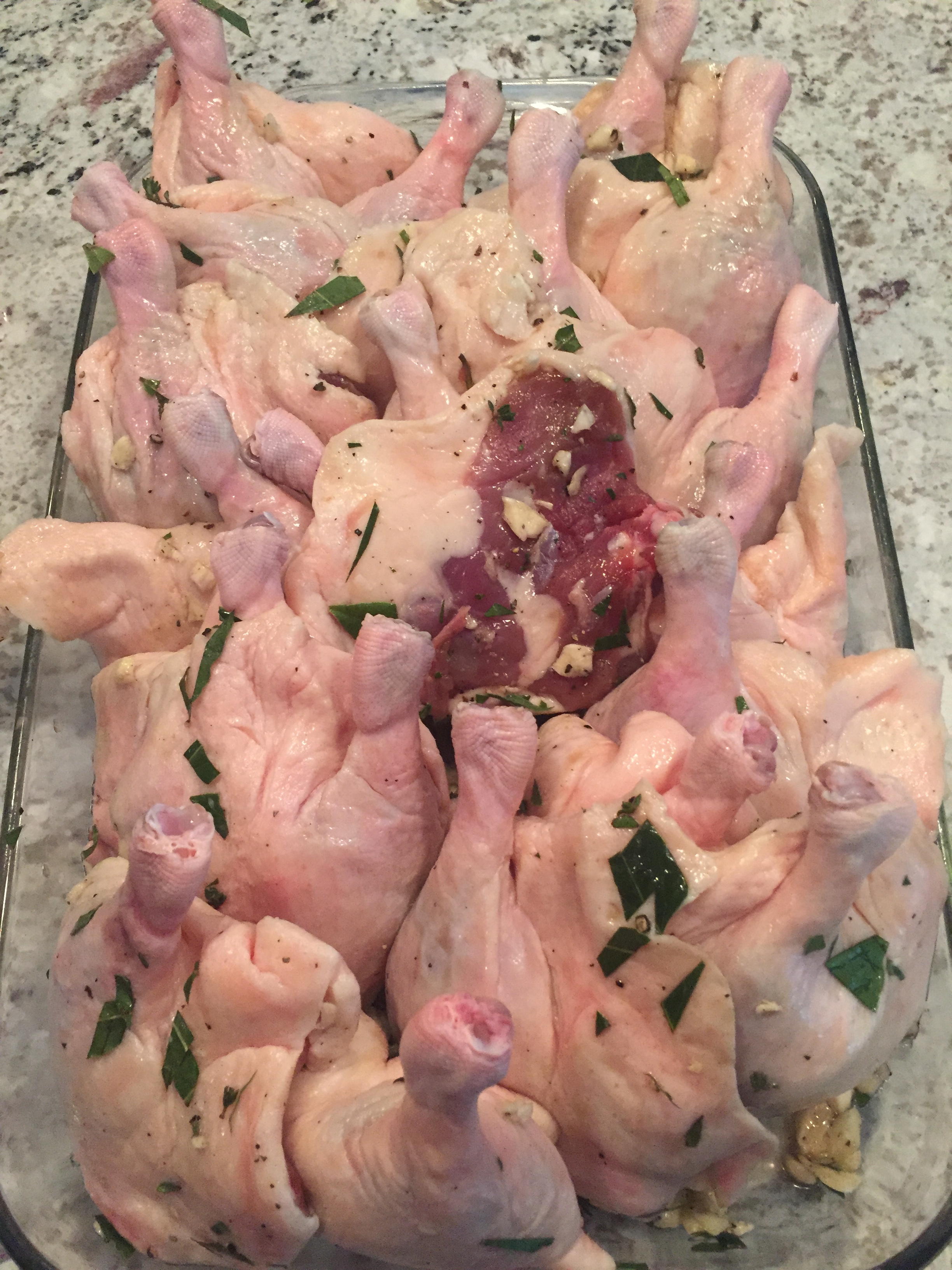 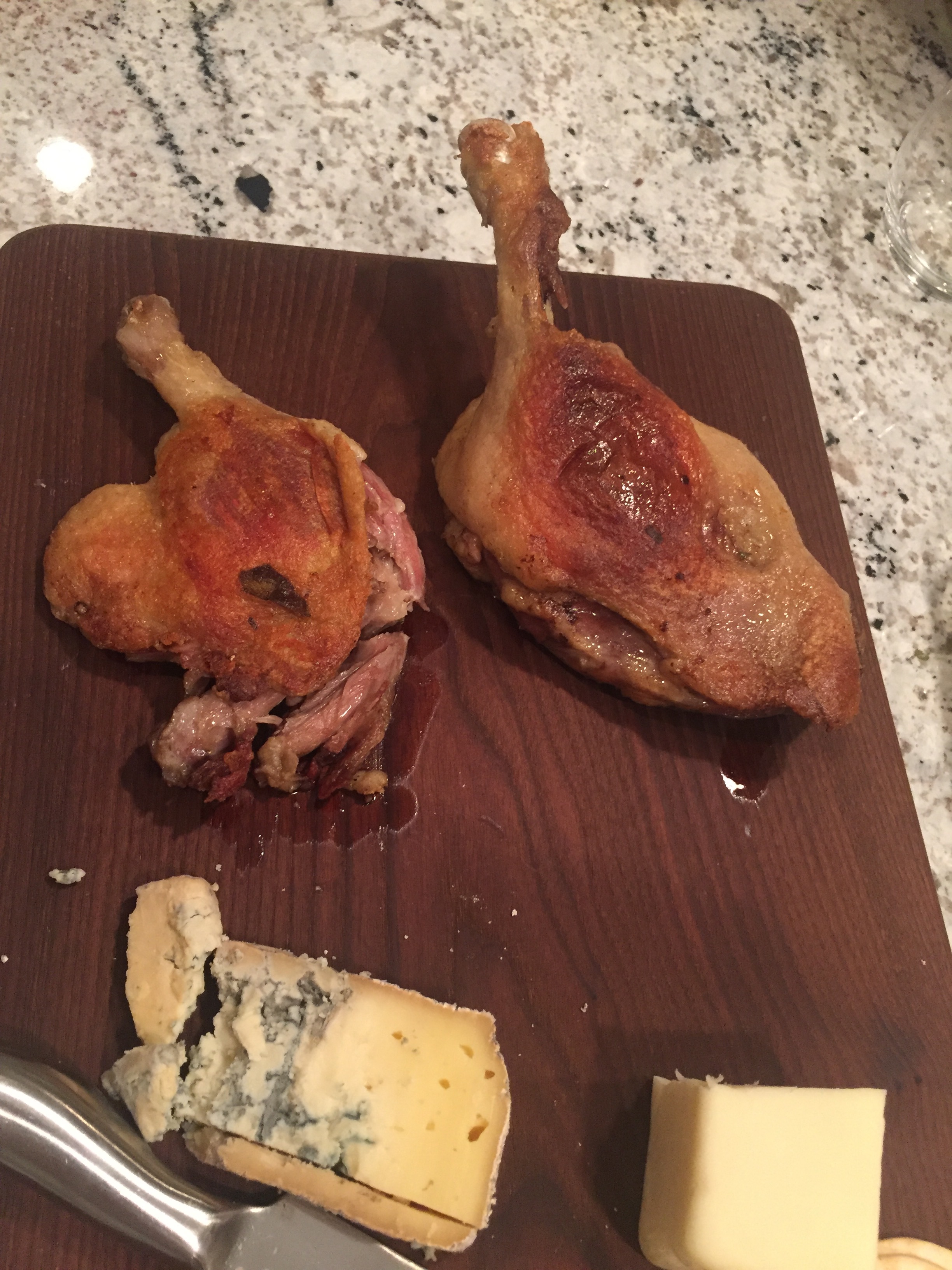 Oooh, everything looks soo good. Thanks for the recap and the pictures. Did you save all the duck fat?

How many legs in a package and how much extra fat? We have a sous vide thingy but haven’t used it that much - this sounds like a GREAT use.

So stunning! I hear duck legs confit in my near future.

thanks for the report. I’m looking for duck legs as well, not for confit this time. I did see them at Savenor’s in Cambridge a few days ago, fresh, and at Formaggio Kitchen in Cambridge yesterday. Can’t remember prices or type as I was in a hurry and not buying that day. They were frozen at Formaggio and huge, two of them so I’m guessing Moulard, and I think for two it was under $20. I would never had thought to check at stop and shop, so I’ll look there, too, when I’m ready to cook them.