We got some in a Nueske’s gift box. I haven’t had any in years and years, and I’d love to hear about your favorite recipes. Thanks!

On pizza with pineapple.

Blanch asparagas… then wrap a small bunch with the bacon and close with toothpick and broil or pan sear. Serve topped with Hollandaise.

Brush with maple syrup and bake, then roll up in pancake/french toast with scrambled egg, Gruyère, and lightly pan fry, OR… skip the egg and MONTE CRISTO! with smoked turkey.

Peameal bacon on a bun. Use a white bun, spread one half with French’s mustard, add bacon and enjoy!

Some popular ways that I prepare Canadian bacon include adding it to eggs, quiche, and sandwiches, or topping a pizza with it. You could also try slicing it thinly and serving it as a garnish on a salad, or diced and added to soups or stews. Another popular way to enjoy Canadian bacon is to coat it in a mixture of breadcrumbs and spices, then bake or fry it until crispy.

On pizza with pineapple.

Yes. With thinly shaved serranos. Light on the red sauce.

I did these yesterday, except used slice ham as I did not have bacon. I topped a couple of them with some leftover creamed spinach. They were delish’. 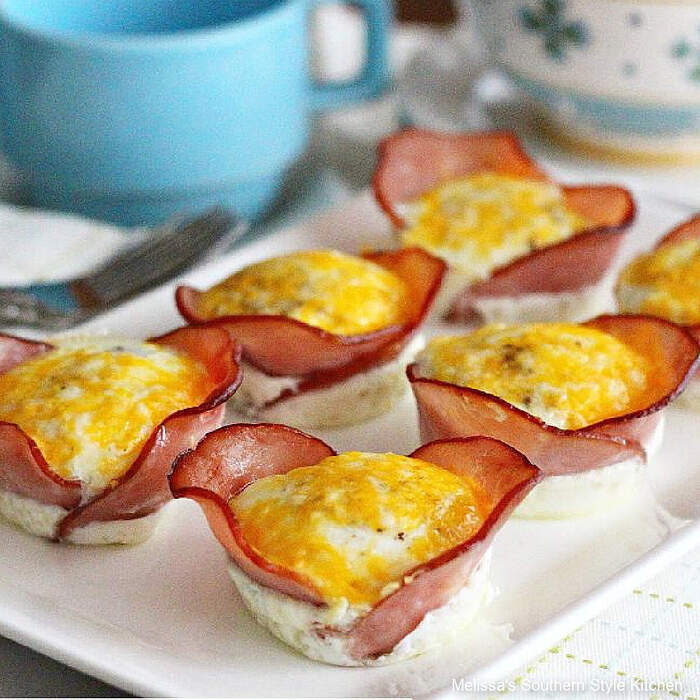 Thanks - this looks really good. Maybe I’ll make them for breakfast on Christmas Day.

Sorry - my husband thinks that pineapple on pizza should be a felony!

Thanks for these ideas - they all sound good!

if you got some that’s unsliced, i would just cut it more thickly than say mcdonalds does, fry it up in butter and serve it with pancakes and maple syrup over it all. Vermont maple syrup. No just kidding, it’s all good!

my husband thinks that pineapple on pizza should be a felony!

Ha ha! One of my favs (although it is really not “pizza” on pizza crust) is crumbled bacon/sliced Canadian bacon, diced chicken, and sometimes caramelized onion/green bell pepper… but wait for it…
.
.
.
.
.
BBQ sauce instead of conventional pizza sauce. With a mix of Gruyère or Fontina with the Moz, it is sweet, savory, smokey… delish! But a pizza that is not a “pizza”. (c;

Saute some sliced onions and carrots in a deep pot along with large Canadian bacon dice. Add water, stock, or a mix of both, and a pound of dried lentils. Simmer until water is gone and lentils are breaking their skins, so they don’t fall off the serving spoon. It’s something my mother made, using sliced daisy butt. One pot meal, good on a cold day. No salt needed, but yes to pepper and paprika, if desired. I would be heretical and include sriracha.

“sliced daisy butt”? What is that? I’m afraid to google it!

In my area, supermarkets have them much cheaper. Usually in red plastic packaging, sometimes with netting. They are boneless. I use Peameal Bacon instead, since Canadian bacon is more of any American thing.

One of my favourite brunch dishes in Ottawa was scalloped potatoes made with gruyere, topped with a slice of maple-syrup glazed peameal bacon (could use Cdn bacon, ham, pork loin or streaky bacon), topped with a poached egg, drizzled with Hollandaise.

Lately, I’ve been making Eggs Blackstone, which is a Benny featuring tomatoes and bacon.

Some greasy spoons near me make omelettes with peameal bacon.

Could use it in an adaptation of Quiche Lorraine.

Make a “chocolate salami” with it