Favorite Burmese in the Bay Area?

Partially prompted by @grayelf’s question about Burmese restaurants in SF, I want to ask, what are the current Burmese favorites in the Bay Area? Any good ones within SF?

I used to be quite fond of Grocery Cafe in Oakland before it was shut down. Its since reopened near JLS, though I haven’t been to the reopened cafe. I was also fond of Little Yangon in Daly City , but that is gone now. I am quite fond of Mahar Yangon, which is Little Yangon’s replacement, but haven’t eaten Burmese around enough to form a solid enough opinion on how it compares versus others in the Bay Area, and haven’t really heard from anyone else eating at Mahar, and they revamped their menu in the last few months… I think @geo12the is fond of Aung Maylika, but its quite far for me so I haven’t had a chance to go. Not a big fan of the Rangoon Ruby chain and B*. Thought Rangoon Ruby is overpriced what it is. Thought B* is alright, but not worth fighting the crowd.

Any favorites or intel?

The short path to my latest list is here. It’s a year old, and needs updating, though it’s a remarkably stable field. I know of one closure (Sapphire Asian Cuisine) and one new resto, Beyond Burma, so the total number is still around a staggering 52 venues. 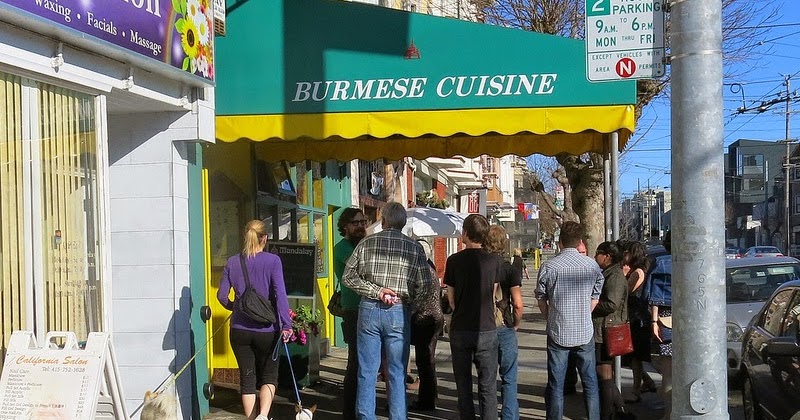 [Note: as of this update I have eliminated pop-ups and food trucks on  account of their elusiveness.] In a now long ago post, I docume...

If someone knows of somewhere that has Little Yangons Pork in soy bean sauce (it was an almost black gravy, kind of like filipino dinuguan but more beany than bloody. )

Oriental Donut Delight in Union City (only on weekends from what i remember) had/has my favorite Mohinga… and is by far the cheapest Burmese food in the bay area.

If someone knows of somewhere that has Little Yangons Pork in soy bean sauce (it was an almost black gravy, kind of like filipino dinuguan but more beany than bloody. )

Are you referring to the dishes on the menu with mentions of either the soy bean or soy bean paste? Do you remember the name?

The problem with Mahar YG, Little YG’s replacement has a party tray menu entirely in Burmese that its hard to explore.

I’ve not been to Burmese Kitchen yet, but will make a point to go now next time I am around that area!

It was listed as “Pork Curry with Soy Bean Paste”.
There appear to be no pictures of the dish on their old yelp page.

We had a meal at Mahar Yangon on Saturday. I will type up a meal report later. But here’re some interesting facts the owners mentioned.

The owner’s sister said that the male owner commute from Vallejo every day to Mahar Yangon. Richmond -> GG bridge. Ouch.

The male owner said that there are about 10 Burmese families living in Vallejo. I asked him about Aung Maylika in Benicia and he said they are his friends, and he correctly pointed out that they just opened up a branch in Pleasant Hill. @geo12the

He said there are about 1000 Burmese living around Daly City. He also said the people who ran Little Yangon went back to Burma to ‘do business’.

I asked him about the guy who runs Burma Gold. He’s not familiar.

And they are Burmese who are ethnic Chinese.