“The ability to endure suffering was bound up with notions of employability, character and worth,” said co-author Dr Rebecca Scott. “Suffering is central to chefs’ understanding of who they are –both as individuals and as a broader social collective.”

Finn, a sous chef with experience in European and Asian kitchens, told the researchers mistakes during service could be punished with a punch in the ribs but said “taking a bollocking – it kind of builds your character and … that’s what I liked … everyone I worked with there all wanted to be three Michelin star chefs”.

Arthur, who worked in Europe and Australia, said: “There isn’t a way of developing yourself without suffering – your abilities and your tolerances – without that. You know, there isn’t – it’s all part of the development in that world … Through suffering there’s some enlightenment, some higher goal. It’s that stoic life.” 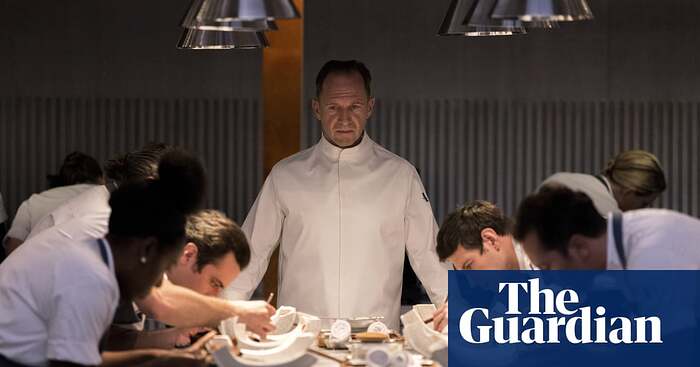 Chefs in Michelin-starred restaurants tell researchers how brutality, burns and beatings are routine to ‘building respect’

If anyone can track down the study (I’ve not gone looking for it yet), I’d be happy with a link.

It seems to be almost similar to the storie syou read of child sex abusers often having been absued themselves when they were children. Here, chefs bully staff because they were bullied.

Clare Smyth is quoted in the article as abusing one of her staff in the past. I bet she doesnt do that now - not least as her Michelin 3 star restaurant has an open kitchen (I’ve eaten there). Let’s face it, even the worst bully chef does not abuse staff, verbally or physically, when the customers could see it.

Here’s an article on the website of Unichef, the UK chef’s trade union (which I hadnt previously heard of)

Bullying and Harassment in 2022

It's really hard to believe but bullying and harassment still goes on in our kitchens today,even with many headline storey's and constant press attention,its almost as if Chefs seemed to think they are on another planet? Well, that's actually more...

I read this the other day (maybe linked from another thread on HO?). Frightening behavior and acceptance apparently remains in professional kitchens–I’ve always hears restaurant kitchens were brutal.

https://journals.sagepub.com/doi/abs/10.1177/00187267221132936 This links to a very short abstract of the original research. Not very helpful unless you’re willing to pay. But maybe some further digging from the info provided will allow access to the study.

It is BETTER now that it was back in the 90’s when I started, but it’s still distressingly common to hear these types of stories on set. There are always “oh, that guy? he’s ok, but don’t let him take you to drinks…” and “Yeah, she’s just a huge pain to deal with, but she’s signing the timecards. What can you do?”

Some of it is “I was treated like shit coming up. Now it’s my turn.” Some of it is people believing their own hype, that they REALLY ARE the single creative point of failure and whatever makes things easier for THEM is the only thing that matters. The fact that in these businesses, it is absolutely true that “If you don’t like it, there’s 50 other people who want your job that will put up with it.” doesn’t help. Slowly, the people who really do want to be part of these fields are ALSO realizing they don’t have to put up with ill treatment. But education seeps in slowly.

As a recording engineer in the 80’s (jazz, R&B, audiophile) I’d say I worked with two kinds of groups of individuals… those most interested in the work, and the others focused on the money. Suffice it to say the latter were mostly drug addicted assholes.

Can’t imagine it is different with most businesses. Folks really interested in the work/product support their staff (thus improving performance), and the others… well, they’re assholes.

Elite kitchens bullying is not new. The French way of cuisine management organizes like a military brigade, the top has the absolute power. I believe since the big affairs (below), conditions are getting better now. As people instantly bring the injustice to the attention of social media. 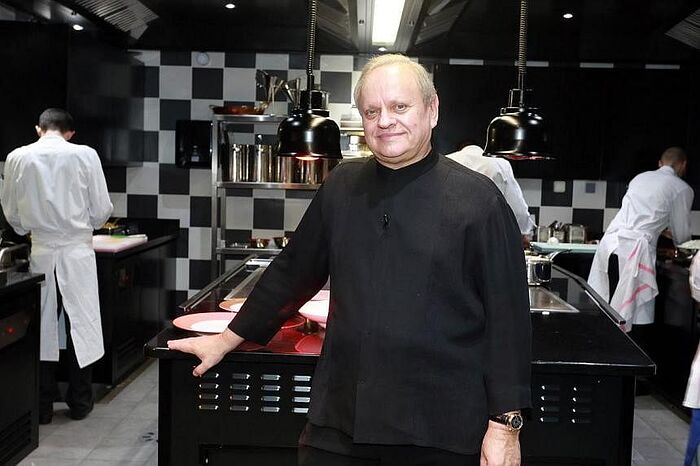 BORDEAUX (AFP) - French superstar chef Joel Robuchon on Monday lodged a counter lawsuit for defamation against an ex-employee who is alleging he was subjected to degrading treatment at one of his newest restaurants. Read more at straitstimes.com.

You seems not to have worked for your PhD or postdoc in many academic research organizations, universities etc. Plenty of bullying, yelling, insane pressure and often working hours which make restaurant hours not that bad

I can also say that in some graduate schools there are abusement. There were a few cases of graduate student shooting up the school.

Reading some of the responses here, it amazes what sheltered lives some people have.

Are they psychopaths? Hey it’s just cooking, not a real war, not big money drug business… those are war crimes you do to your enemies. Crazy!

I heard a lot language abuse, especially towards female chefs. But physical abuse to such an extend…

You seems not to have worked for your PhD or postdoc in many academic research organizations, universities etc.

No, I was not an academic achiever - left school at 16 to work as a clerk at the local town hall and that was pretty much what I continued to do till I retired. I have always been envious and jealous of those who have been well educated.

those most interested in the work, and the others focused on the money. Suffice it to say the latter were mostly drug addicted assholes.

I only wish that were generally the case. I have long learned that talent is found both in assholes and nice folks. And assholes tend to make more noise, so they get more notice, and THEY are, alas, the ones that often get to implement their vision. And it’s awful that many times, their visions are truly spectacular. I dunno what to do about that but keep emphasizing that nice folks can make wonderful things too, and no amount of talent really justifies treating people as less than people.

of course, $$ trumps everything, so I suppose this will only come to pass when being an asshole becomes prohibitively expensive.

Are they psychopaths? Hey it’s just cooking, not a real war, not big money drug business… those are war crimes you do to your enemies. Crazy!

I heard a lot language abuse, especially towards female chefs. But physical abuse to such an extend…

While the restaurant industry – like many – are full of unspoken harsh truths, never let the exception become the rule.

The Guardian article, while no doubt true, shines a light only on a very very small, self-selected, segment of the restaurant industry.

I am not saying the article is wrong, or incorrect, but it is sensationalized. And well it should be, they have to get clicks – and it worked, cuz we’re talking about it now.

But having both worked in and owned several restaurants, I will say that the culture in most restaurants, especially the back kitchen, is oftentimes not for the faint of heart. Does it rise to acts of physical suffering like in the Guardian article with putting your hands in the fryer? No, at least not on a systemic basis. But there is no doubt that the restaurant culture creates a level of hazing and a certain “rite of passage” that all short order cooks and line cooks must go through to be accepted as part of the clique.

And it should come as no surprise really. As this is true in most, if not all industries, just to varying degrees and differing kinds of hazing.

The world is not all peaches and creme. But then the world is not all about getting an enema with the wrong side of the toilet plunger. It’s somewhere in between, but make no mistake, many times it veers closer to the enema than the peaches and creme. We all sort of know this, but we are just very uncomfortable acknowledging it to ourselves, either publicly or intentionally.

I work mostly with computer all my life, but the last few years, starting to feel bored with the same job that I have since graduation. Since Covid, I’ve tried different things, as life is short, who knows. Last summer, I worked 2 months full time at a seaside restaurant, cooking. First observation, people working are very territorial. Although in office, they are too, but it’s different, maybe in office they are hypocrite but more civilized, not as crude or rude . With the heat, fatigue, small issues become big issues after several days of accumulation, especially if the chef is not good in management and disorganized. Even I don’t like to impose, I had a big fight with the chef, because we had sold a last dish to a client, we had no ingredients to assemble a second dish. But the chef absolutely wanted to reserve that dish for her friends who arrived later. I felt one have to honour the deal between every client to build the reputation for the restaurant. After that heated fight, the owner tried the best to put us in different services to avoid problems. I guess I don’t respect the hierarchy like in the army, and should just answered OUI CHEF.

Few years ago, I had a project with a client in the restaurant industry (I work in design), he told me many cook or wait staff get drunk with the remaining wine in the bottles at the table, or they sneaked out and opened new bottles during service. Some even have drug problems, to ease the physical pain. So don’t know the incidents in the OP’s Guardian article, the chefs were under influence to commit those extreme acts.

I’m applying cooking school, if get accepted and be sent to do stages in those elite places, will report here if I get abused!!

I really like cooking and food a lot but I hear in interviews sometimes that many of the kitchen staff just does one menial task the whole day - like chopping carrots for 10 hours etc.

Like…I don’t think you get to do all that creative cooking stuff unless you are the chef or ranked high.

Is that so different from other jobs - in most jobs across many different industries - when you are quite inexperienced you tend to get only a limited number of tasks, often not overly complex. Only if you have proven that you are capable you will get over time more responsibility and more “creative freedom”

Long ago a friend “won” a charity auction offering of a chance to work in the kitchen of a fabled local beanery before sitting down to the fancy dinner. After successfully finishing some task such as cutting tops off carrots, a promotion was due – to pitting olives or something equally necessary and demanding of perfection.

I’ll add pro and amateur sports to the list.