Want to give credit to an earlier post 6 years ago about edible cutlery. Quick background. The idea for these edible cutlery is to replace one-time use plastic utensils.

Sorry if this has been posted about before, but this is seemingly a great product with much future potential. The cutlery is made largely from millet, is environmentally friendly, decomposes after 45 days, has a 3 year shelf life, and is completely edible and nutritious. The video is worth a watch. 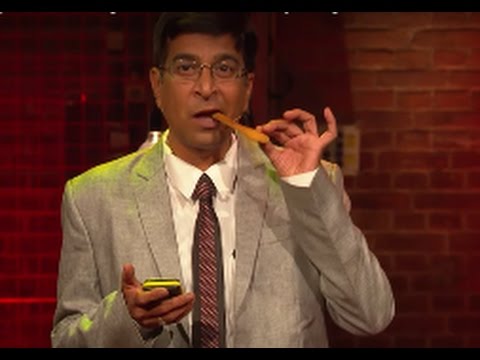 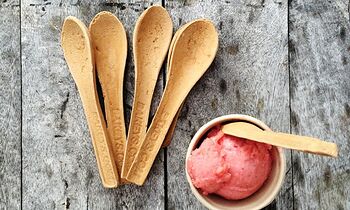 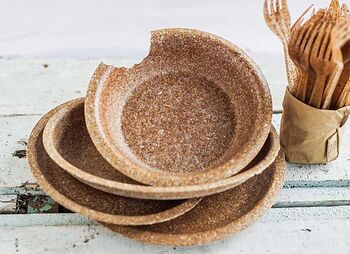 It is catching further more media attention and the sale market is increasing. 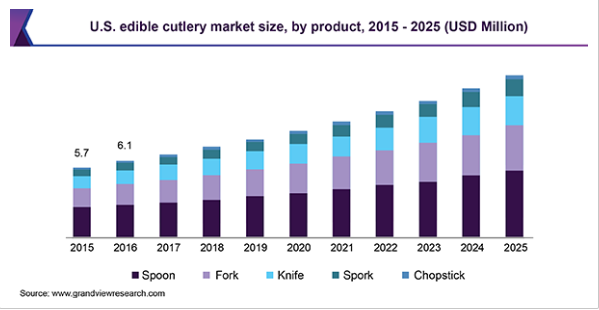 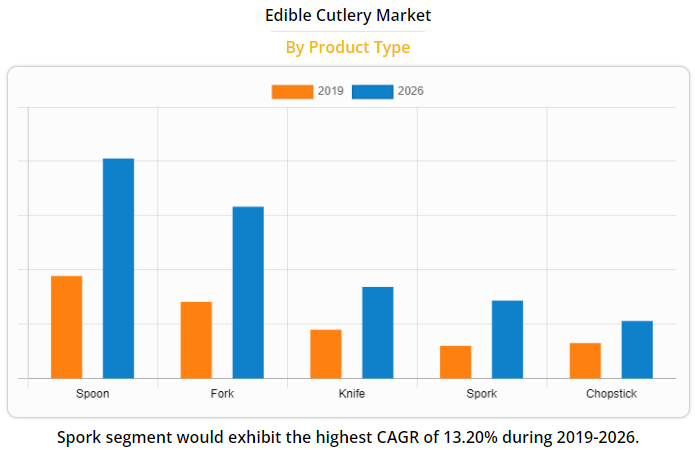 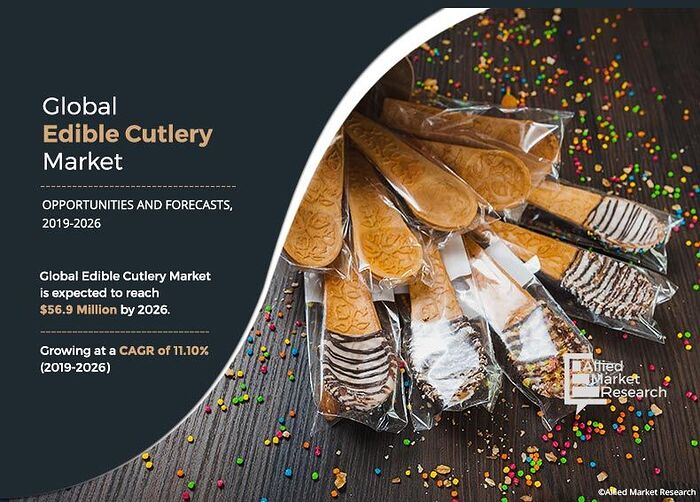 I never really use plastic utensils. Even if I’d go for a picknick I’d just bring regular cutlery (not the good stuff though…).

You thinking of buying?

I think this is the most straightforward way of being environmental and conservatism. I think a lot of our proposed environmental solutions are based on preserving our same practice/lifestyle. Long time ago, people used to carry their own utensils. If only we are willing to go back to the old practice.

Nah, I am not thinking about buying these. I don’t have use of plastic/edible cutlery really. Just bring this topic up because I heard about it on radio and then watched a couple of videos.

Got me thinking about the old Mongolians carry with these utensils package (knife and chopsticks) with them. 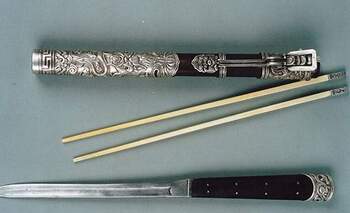 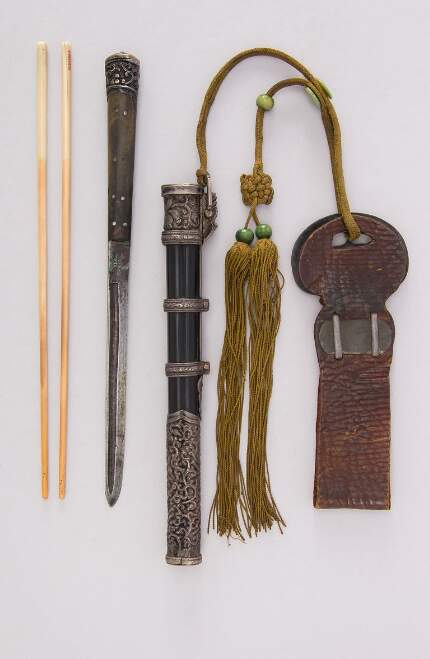 i keep a titanium spork in my small crossbody bag.

in my tote bag, have a small zipper bag with a 2nd spork, a couple of silicone straws, and a small knife along with a couple of wet wipes.

i really am my mother’s daughter.

I think that’s when I first heard about these too, and the fact that these have made so little headway suggests to me that they aren’t as miraculous as folks have envisioned. I for one am not chomping at the bit to eat a stick or flat of roasted/toasted/compressed millet. Mmmm… taste-wise it may be fine, it’s a little like someone giving me a hot dog in a giant bun. It’s a handy holder and saves my hand from a mess, but I throw that extra bun away unless I’m starving.

I often have to use paper plates when I am dining outside at an event. Do I really want to be eating that plate that might have to sit on an open table, that the server or chef is placing his hands all over? And if you can fix that by using a disposable table covering, more gloves to hand these plates of food off, then we’ve just shifted the one-time use problem to another area. So for me, it’s a nice idea but needs work.

As you’ve pointed out, travel cutlery exists. If we just made sure more people use them, then maybe we wouldn’t need this. Scoff as you will at the cleanliness issues of outdoor food places in HK (dai pai dong), these places used to use good old traditional bowls and plates, and many places across Asia still offer these ultra casual/back alley food served in real bowls. Would it work if rather than just bring your own travel coffee mug, we asked people to bring their own travel bowl or lunch box? I know - that seems to be kind of a crazy ask, but so isn’t eating your cutlery.

We all know there are times when carrying your own just isnt practical fir a long list of reasons.

I’m in no hurry to eat any of it, but Im pleased that its recyclable and/or compostable.

I was pleasantly surprised to find that the meals on my recent international flight (shout out to Delta) were served on plates that were collected to be washed and the cutlery was bamboo. (And thr vegan options were actually tasty)

I use breadsticks as chopsticks.

So, yes, edible utensils have always been a thing with me.

Yes, it hasn’t made as much headway as all the initial promotion. Still, its market is growing just not as fast as some have hoped for. I agree with you that the idea that people will always consume their edible plates and spoons is very unlikely. People may do it the first few times, but they will likely stop eat them as the novelty goes. I think the true selling point of these edible cutlery is that they go through decomposition much faster. I believe many compostable utensils will take months to a year to decompose. These edible ones will decompose a few days

One big complaint I read is exact what you may have guessed. Many of these edible utensils may fall apart too fast and they do not reliably last through a meal. Most do, but sometime they do not.

Plastic doesnt often make it through a meal either…

I think this is what makes a bit more sense to me. There are actually companies putting out regular take out serving plates, boxes and utensils using recycle-able and compostable material. It’s more expensive, so unfortunately cash-strapped restaurants aren’t running to this in droves. I’d rather we invest in making that stuff the norm rather than proposing that we find a way to eat it.

rather than proposing that we find a way to eat it

I don’t think people have to eat it if they don’t want to. It’s just that if edible, these utensils are food safe and biodegradable.
A big plus for me. I want to minimize my personal consumption of any and all forms of single use plastic to the extent possible.
I wish take out restaurants would allow people to bring their own containers.

The whole selling point though is that it is edible. Why not just use the recycle-able and compostable serving ware if they just want to be environmentally conscious? Those already exist and I have a few local shops who use this for their takeout. I suppose an alternative is to drop the used plates and forks for wild life, but I can imagine that will not go well quickly with everyone leaving grain-based plates smeared in food sauces in the woods or in their yards.

I think the whole “edible” thing is just eye-catching advertisement. I think most people will eat their edible spoons the first few times, but I doubt they will keep eating them. These are not tasty cutlery in any way. I think the true difference is the decomposing time. Most standard compostable utensils take 120-180 days or longer to decompose.

“When placed in the appropriate conditions, compostable utensils will generally decompose within 180 days, sometimes sooner, depending upon the exact type of resource that they are made of.”
» How Compostable Utensils Are Made (biomasspackaging.com)

"In landfills where there’s little to no oxygen available, compostable utensils can take hundreds of years to break down. "
Are Compostable Utensils Really Better for the Environment? | Cook’s Illustrated (cooksillustrated.com)

Whereas these edible cutlery will decompose at a much faster time scale.

Makes me think of this. Haha (and grossed out).
https://www.usatoday.com/story/travel/news/2020/12/28/gingerbread-monolith-gingerlith-rises-and-falls-san-francisco/4058634001/

Ha. Don’t worry. People do all kind of silly things. Ok, silly is a strong word, but they are clearly doing this for publicity. The biggest this and the biggest that…etc.