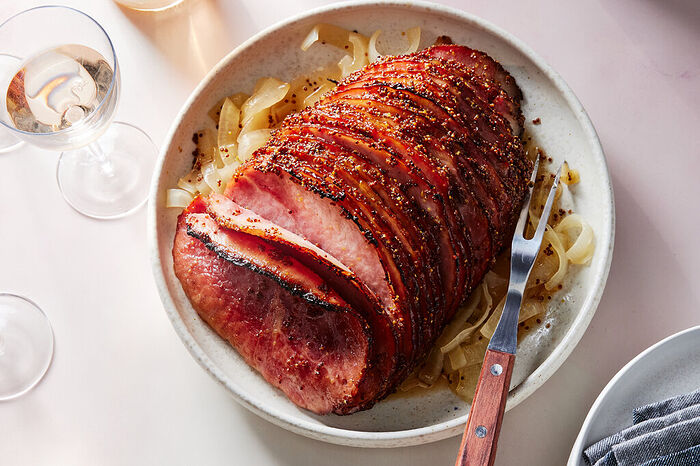 The Most Flavorful Easter Ham Starts on the Stove

Want to avoid a dry ham? Wary of too many boiled eggs? Genevieve Ko has solutions for two common Easter entertaining challenges.

I can’t remember the last time I “cooked” a ham, got one from Wild Fork this year, and just noticed it was smoked but not cured! I was looking for a small bone-in ham. 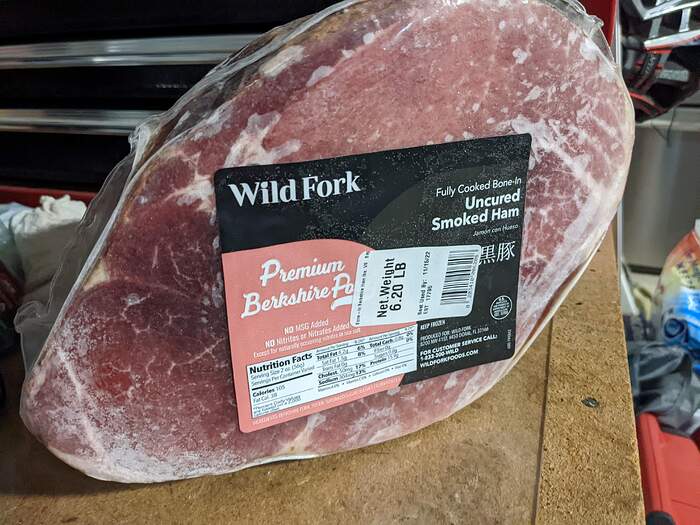 Any suggestions (other than tossing it) would be appreciated

Ham labeled “uncured” is still cured, it’s just done through a different process than conventional hams. It won’t make a difference in terms of staying juicy. The ham you have is basically what she’s describing as the ideal city ham. 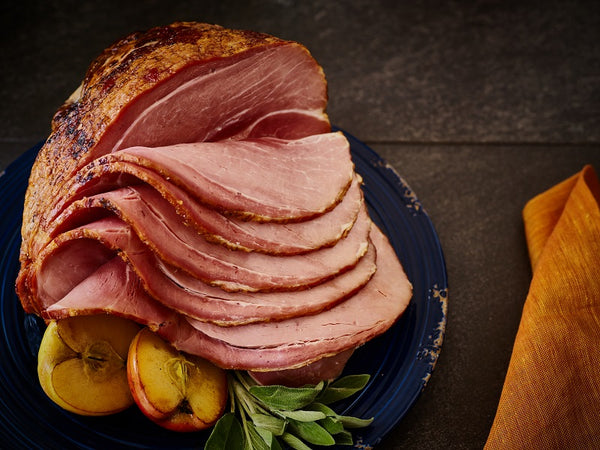 What is Uncured Ham, Really?

If you could have ham that tasted delicious and wasn't filled with unnatural preservatives - would you? Find out what is uncured ham and if it's worth it.

As for keeping it moist, it’s basically just a matter of warming the ham. If you like, you can sous vide. This gives you the option of leaving it warm for hours while you do whatever you like, then simply turning on the oven to the highest temp or a broiler on low when you’re ready to serve and glazing the ham and letting it get nice and caramelized.
But you can also just warm it up in a low oven covered with foil and then proceed to glaze. 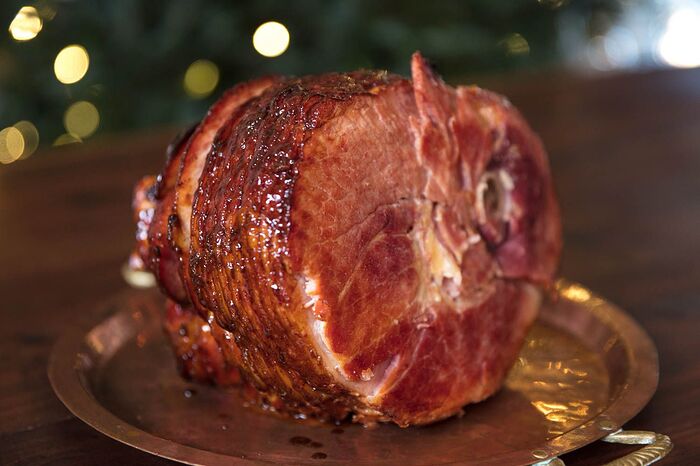 A classic roast ham with a sweet-spicy glaze, perfect for Easter, Christmas, or any time. 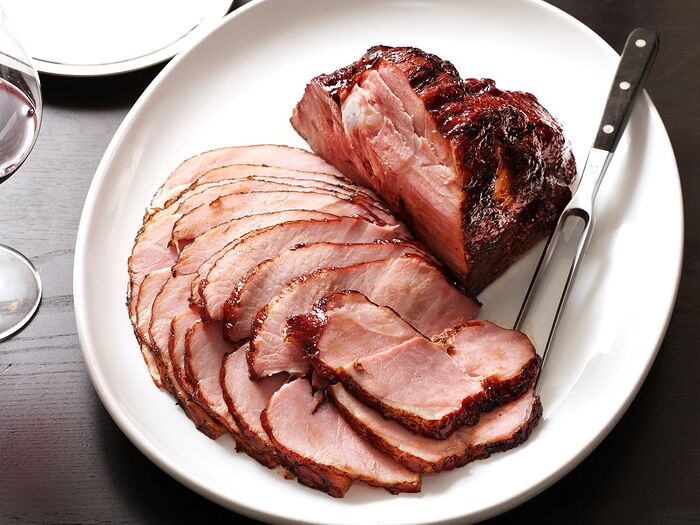 Sous vide makes it easy to produce a juicy, evenly cooked Christmas or Easter ham. A dead-simple glaze of balsamic vinegar and brown sugar finishes it off.

I was just reading the tenderbelly link when you posted, but worried it sounded a bit like an ad. I have smoked meat in the past, and usually end up using a nitrate or nitrite of some kind, but I’ve forgotten why.

I’d love a few “cooking for one or two” suggestions. I love these recipes, but I’m wondering what I can adjust if I only need 4-6 slices.

Why, if it’s fully cooked? How could I translate to cooking some slices sous vide?

I’ll probably try to experiment a bit with sous vide and glazing a few slices. I really wanted the bone!

It is a bit like an ad, but the gist of it is that they’re still using nitrites/nitrates, but often the kind found in ingredients like celery powder and they’re typically not injecting the hams in order to speed up the process.
I use pink curing salt to retain a nice pink color in cured items.

I use pink curing salt to retain a nice pink color in cured items.

Yes! That’s it. I am glad to be avoiding the injected water. 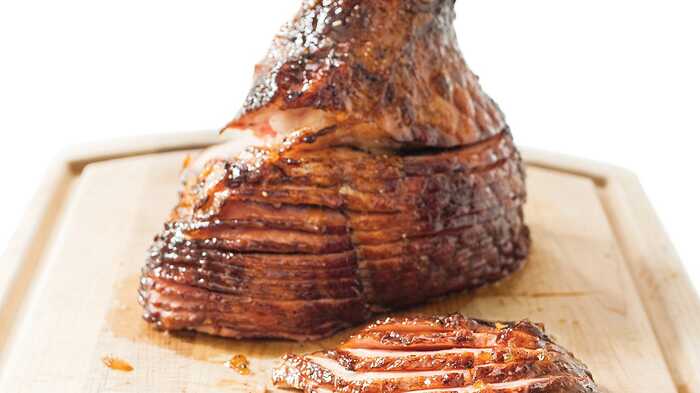 Easter ham: Our best tips for buying, preparing and heating

Easter is prime time for ham and every year questions crop up about it. Here are answers to 6 common questions about ham.

Note to self; try the jamalade

Why, if it’s fully cooked? How could I translate to cooking some slices sous vide?

If you just want to get a few slices up to temp, I would set your sous vide bath to 130-140 and cook for 30-45 minutes, depending on how thick your slices are and how hot you like your food. The longer cook times in that recipe account for the thickness and density of a whole ham, which would definitely take a few hours to get up to 120 (or other appetizing temperature for eating “hot”). 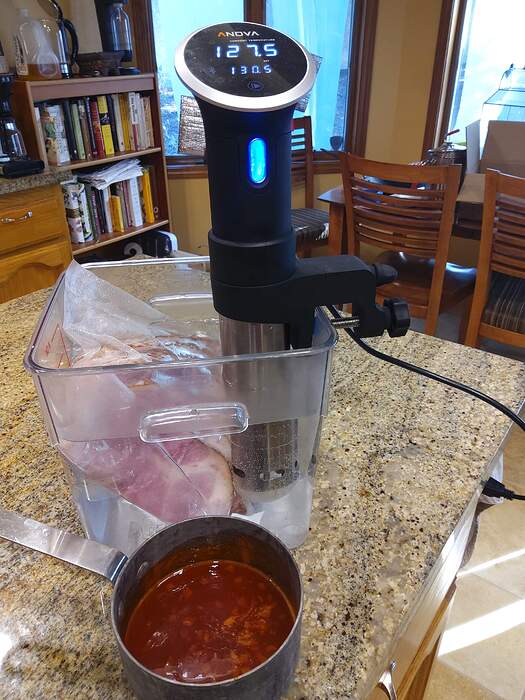 Hoping to come up with a way to use the “not set pepper jelly” as a glaze. 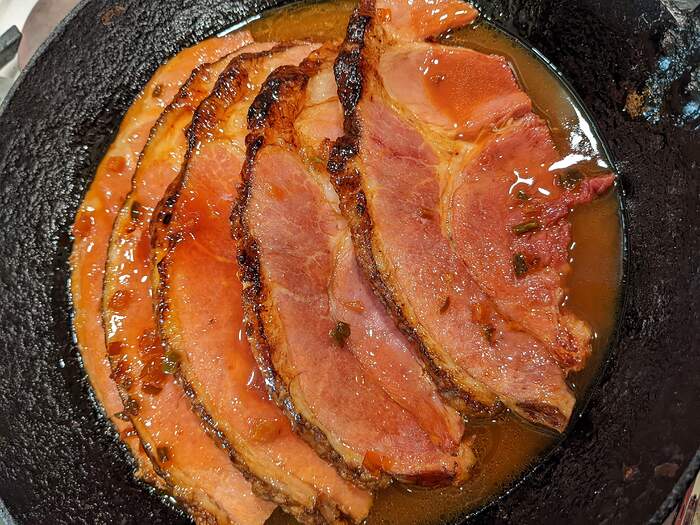