We have a newish Amtrak station I’m thinking of trying to get to the East Bay. I’d be using the Capitol Corridor with stops in Emeryville, Oakland Jack London Square and Airport/Colliseum, Richmond, and Martinez. I don’t plan to venture as far as Hayward, San Jose or Santa Clara. Yet.

Also not doing SF, which I rely on husband to drive me to, but not for a "regional Chinese Round-Up ". [Mod edit: @shrinkrap says All cuisines fair game]

I realize it might be silly not to just drive, so I guess I’m silly! Any recomendations near an East Bay Amtrack station?

I have bookmarked a few threads and will check out the East Bay ones. 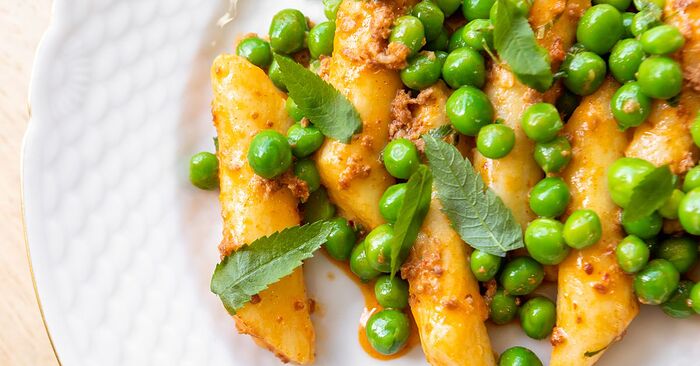 Where to eat on the sunny side of the Bay

Oakland JLC is a few blocks from Chinatown. So you got plenty of picks there. I am not very familiar with Richmond or Martinez, though I was under the impression that Chinese isn’t necessarily a strong point over there. Might as well concentrate a day in Chinatown.

How far are you willing to walk, or otherwise get around, from the Amtrak stations and where are you coming from?

I’m thinking 10 minutes or so. Is that unrealistic?

I like Chop Bar, which is four blocks from Jack London Sq. Amtrak. Also close by are Oakland Grill (until lunch), Everett and Jones BBQ, Chicken and Waffles, Nido Backyard and a bunch of brew pubs (like 5). I walk through daily.

Across from the Emeryville station is The Public Market, a food court with decent choices. https://publicmarketemeryville.com/

If you are interested in something in Berkeley, the Capitol Corridor probably (please check!) makes a stop at an unstaffed station in Berkeley at University and 3rd St and it’s a 2 miles bus ride on the AC Transit 51-B line to downtown Berkeley via University Ave. Near the Berkeley AMTRAK station is the 4th Street corridor with lots of restaurants but I haven’t been there lately.

I think that the Richmond AMTRAK station is next to BART and that can be taken to downtown Berkeley. Right now there are not many worthwhile sit-down spots in Oakland Chinatown which is about a 20-minute walk (edited to add - from the Oakland AMTRAK Station) through freeway underpasses and other obstacles - a walk which I can’t recommend.

Thank you! That is exactly the kind of information I needed! I’m not taking any buses though. I think I’d drive first.

Thank you! Is that the Public Market that’s been there forever? We used to go all the time about 20 years ago, but I seem to recall reading about some changes.

Yes, same market…but it’s been updated. There was a purge of all the old places a few years ago, then fewer, nicer fast casual type places went in. The station is literally across the way, like a 2 minute walk. The local burger chain Super Duper is there, so I stop on occasion, but get to go…and/or eat outside.

Augie’s Montreal Deli went into the old Brennan’s space, which is right where the train stops at the Berkeley station…because that building use to be the train station. I haven’t been yet. I like Brennan’s for what it was…hof brau and bar with TVs for sports.

Is “Chicken and Waffles” the name of a restaurant?

Are there recommended sushi places? Maybe one of these? 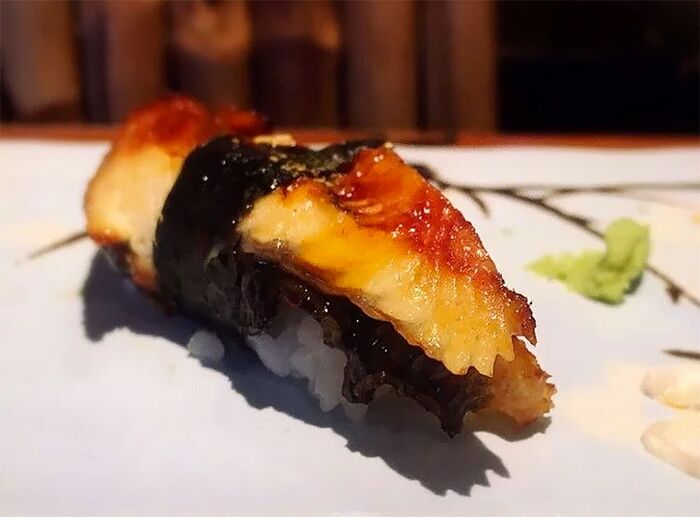 The 12 Best Sushi Spots in Oakland, Berkeley and the East Bay

SFist has already covered the stellar sushi scene in San Francisco, so now it's time to survey the best of the best nigiri and sashimi on the other side of the Bay.

This one was on the Fourth St link 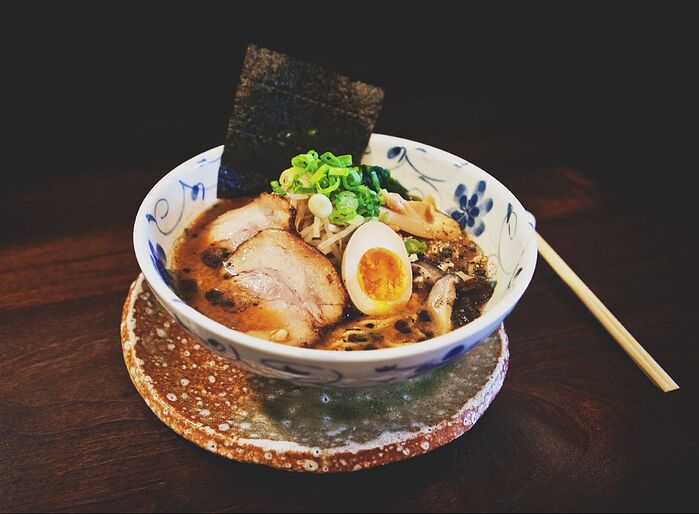 Slainte is a very good, authentic Irish pub very close to Jack London Square, and across the street from Everett & Jones. And the Chicken and Waffles place is all that.

I agree about the walk from Jack London Square to Chinatown not being very nice, and potentially dangerous as there are homeless camps under the highway. I made that walk once going from a (daytime) work outing at Chicken and Waffles over to BART to get home and I wouldn’t do it again.

Iyasare gets an unqualified rave here, at least from about 4 years ago. It’s also a short walk to famous Vik’s Chat House. Also note Takahara Sake used to do tastings and it right there too. If you walk all the way to san pablo there’s lanesplitter (make mine the 7-10 split) and the original (I think not actually original) E&J BBQ. I’m assuming these places have made it through pandemic, not looking up each and every.

Oakland / JLS. There is apparently a new Farmhouse Thai location, the Menlo Park version is pretty good if it is rather too fancy. There was a vegetarian restaurant on 2nd st… enquentro… that was all time my favorite tapas and wine place, and I’m not vegitarian, but it appears to be gone, sadness indeed if so - I see a “roasted & raw” in the same block / space and wonder if same owners? I like a beer outside at Heinholds even if it is a little touristy, if you want the Real Oakland Experience head over to Merchants but it is the rawest dive bar I know (ok, I do know a couple more, but it’s the most accessible). Merchant’s used to be (is?) on the block of the oakland produce market which is kinda fun if you get there early and it still exists - also very old school. A decade ago it dwindled to just the one block. Chop Bar and The Forge are somewhat of a piece - good “modern” food not super different from each other or dozens of other places I could name — but really good don’t ge tme wrong. Chicken and Waffles is different, oakland straight out of the post WW2 period, and E&J doesn’t have the grime of original E&J on University & San Pablo, but they are one of the few purveyors of Oakland Style Q, which has kinda vanished. There are nuts numbers of breweries now, and quite a few urban wineries. If you like beer and wine, you could get really really sloshed. Rosenbum makes those big huge cali red zins which are crowd pleasers on a sunny day. I think that space might have several wineries? I remember one I really liked, they did “wine growlers” of the butt ends of casks for cheap and that was surprisingly special. I did a beer crawl through the area slightly before pandemic and didn’t find any beers I really loved, though, but I also see there are several new ones. I will mention that, if you walk across the freeway to chinatown, I would recommend a stop at the Trappist. Very friendly place, although no/minimal food.

Oh, making a night of it at Yoshi’s is perfectly great. It’s not the best japanese I’ve ever had, but it’s pretty good, and the jazz (more like R&B they tend to book, which is rare) and the sound quality in the room is exceptional. If you’re ok with indoors.

The homeless encampment is right catty corner to the police station so i would rate it as “less dangerous than scary” but it certainly exists. I am not sure if you can go around it to the “right” where the webster tube is, probably. Last time I went by they have huge overhead lights installed. I would rate it as fine if you’re a large male humanoid during daylight hours and maybe not if you are small - female - alone - after dark - or even some of the above depending on your tolerance for these things — that adds up to a situational “best avoid”. Busses ply broadway very frequently, you can look them up, just to get over that section.

If you’re willing to hike up to what’s now called uptown (broadway and 17th basically) there’s a lot of eats but its its greater than your 10 minute range.

That was amazing thanks! I was thinking I might just try Davis, but I think I will persevere.

FWIW, Napa and Davis are an easy drive for me, and I’m looking for something different in the East Bay.

If you like beer and wine, a leisurely afternoon in greater JLS and a dinner somewhere AND THE TRAIN HOME is a perfect few hours, it’s sorta built for that. There are a couple of coffee places of note (original blue bottle and bicycle) but I can’t recommend either of them, regrettably. If you’re willing to do just a little uber/bus you can extend up to Oakland Museum and walk back through chinatown for bao / pasteries / street food. If you haven’t perused through the standing collection california section of Oakland Museum, it’s worth an hour or two of your time.

You also know that JLS has the ferry to SF? A great way to spend another hour or so is to take the ferry over and either stay on the ferry (you have to sweet talk or bribe the conductor) or poke around the ferry building and take the next back. The bar at boulevard is a very short walk from the ferry building. The SF->Oakland ferry is one of my favorite cheap date ideas — and I’ve taken more adventurous visiting friends on an evening of SF->ferry->oakland spots->bart home 5 hours later.

I wonder if there’s a way to make the ferry two ends of the triangle? Like JLS → ferry building → richmond → home?

I am in Vacaville, and would need to drive home from the VV Amtrak, so I don’t want to be under the influence alone in the East bay, nor driving home. Maybe I can get something to go, and indulge later!

I have often taken the Vjo ferry to SF, and love the leisurely trip, but usually limit my day to where I can get on foot from there.

Yeah, one gets to know ones limits re: alcohol. I could imagine a few hours of careful wine tasting (I usually split tastes with a friend and spit liberally) and take home bottles I like and a couple hours to sober up. And, getting full tasters at the breweries and not drinking more than a sip of each - best with more friends. But that’s me, and I have a good drinking/travel companion so am rarely actually alone, and I’ve lived and drank in oakland alot so it’s not foreign (as you can tell from my writeup

). If you’re not going to drink at all, there are some fun eats as mentioned - I would focus on the places I think are oakland specific, like Chicken and Waffles and E&J and a hoof through chinatown for buns and maybe chop house if the menu seems cool or one of the water-facing places like Forge or the places on either side which have great atmosphere and good food but won’t actually knock your socks off.

Berkeley’s options (especially vik’s if one hasn’t been) rise in comparison. I don’t know if you mentioned an easy path to fruitvale - I forget where the capitol corridor goes through there - fruitvale has all the tacos.