Does anyone have experience with this product?

Years ago, apparently in 2018, I bought this from Whole Spice in near to me Napa. 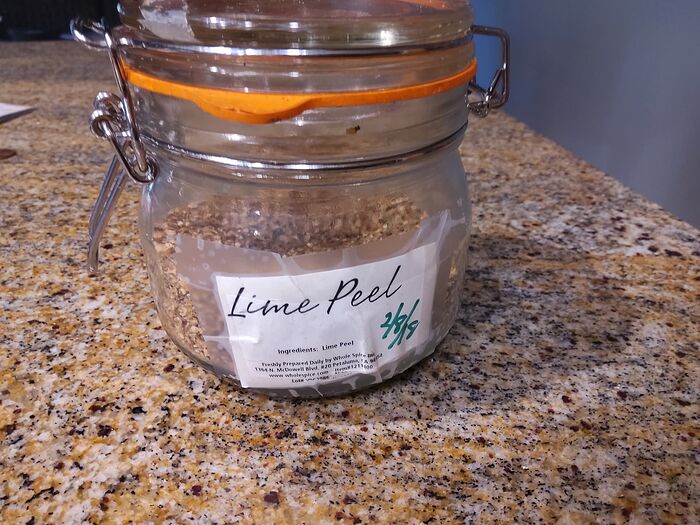 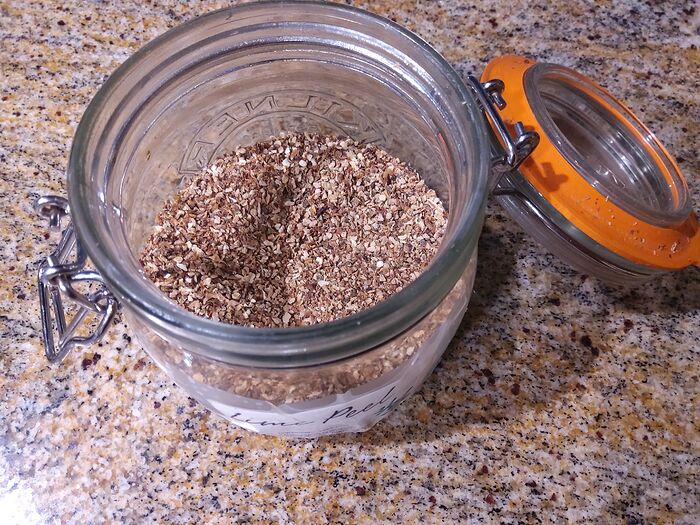 Turned out I didn’t use it much, but today, in A Serious Eats recipe for Vietnamese Chicken , I wanted to use it instead of zesting another lime.

In any case, today, I’m using this dried peel in my marinade, instead of zesting my last pretty lime. The juice is fresh.

Has anyone here used dried lime peel or lime peel granules? What is their best use?

We sprinkle it on freshly popped corn.

Of course, it’s also a natural on fish and seafood.

But it works really well on popcorn.

Just a heads-up that citrus peels get their appeal (

) from volatile oils which dissipate rapidly once the skin is zested. The fresher the peel you use, the better.

It’s not whether dried lime (or citrus) peel is better or worse than freshly zested lime peel, it’s what you do with dried lime peel once you already have it.

This is like saying instant coffee isn’t as good as fresh brewed because it lacks the freshly brewed aroma, and while that may be true, it’s irrelevant when the question is “what do I do with instant coffee?”

What is their best use?

I love citrus zest as it makes a huge difference in a lot of my dishes, but I have never tried to store it… I just leave it on the fruit until the next time I need it. Oddly enough it seems to last longer on the fruit then the insides do.

But please tell us how it worked out for you.

Except that dried limes are widely used in some cultures

I have frozen citrus zest, and dried tangerine peel, as sources I trust have suggested, but can’t say my palate is sophisticated enough to discern the difference when it is not the primary ingredient.

At the time, it seemed better than the the compost pile, and I have several. I believe I dried the tangerine peel because I had a lot of tangerine peel, and some recipes call for dried tangerine or orange peel. I preserve lemons and freeze zest, because I tend to have a lot. Lots of people grow them around here, including yours truly!

I don’t remember why I bought dried lime peel.

I wish I had taken a picture of the limes I used in the marinade, because they looked horrid, while the pulp was still juicy.

I tasted the juice, and thought it was not great, but okay for this marinade, but again, my palate is not “all that”.

I can believe that a fresh lime that looked great in and out would have been better for this recipe. This was more of a “toss or use” situation.

I can’t say yet how it worked out yet, because I haven’t finished the dish, but here is a picture of the marinade, which seems to be dominated by the flavors of soy sauce, fish sauce, garlic, and chili paste. 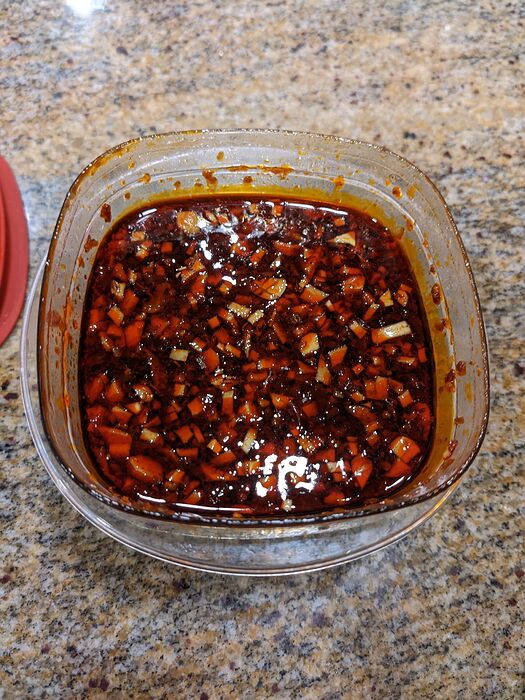 Here is a picture of a relatively pristine lime, and one I partially zested awhile ago, but haven’t juiced. I’ll update this when I try it, but won’t have much to compare it with. I did make this recipe last week, and it was good enough that I wanted to try it again, but can’t recall the fresh zest element.

@shrinkrap I bought Limu Omani / dried limes a while ago too for a Yemeni soup and then forgot to use them – recently decided to powder them for easier application!

I would use them anywhere a “mature” tartness would be good. I think they’re better when they’re cooked into a dish for a while, like a soup or tagine, or anything else where a citrus undertone would be nice. 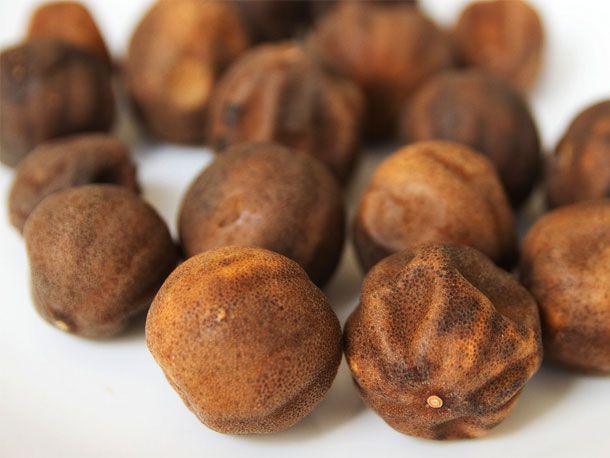 I'm not shy about my love of souring agents: spices that give an acidic kick to brighten a recipe while also considerable complexity. They're playful alternatives to the old standbys of citrus and vinegar, often exotic and usually unexpected. A star...

My Master Gardener program uses dried citrus, among other things in their wreaths.

Echoing @Saregama’s post. I’m not familiar with lime peel, but orange peel gets used in various ways in Chinese cooking. They’re not intended to deliver that bright acidic flavor of fresh orange (might overwhelm a lot of dishes). Orange peel has a distinct taste, and goes into desserts, orange beef, and even in the various beef dishes in dim sum (like the minced beef balls). Dried lemons are often candied and eaten as a snack! Dried lime peels may not be intended to replace fresh limes either.

Turned out quite tasty, and there were cirusnotes, but can’t say the driedlime peel had anything to do with that! 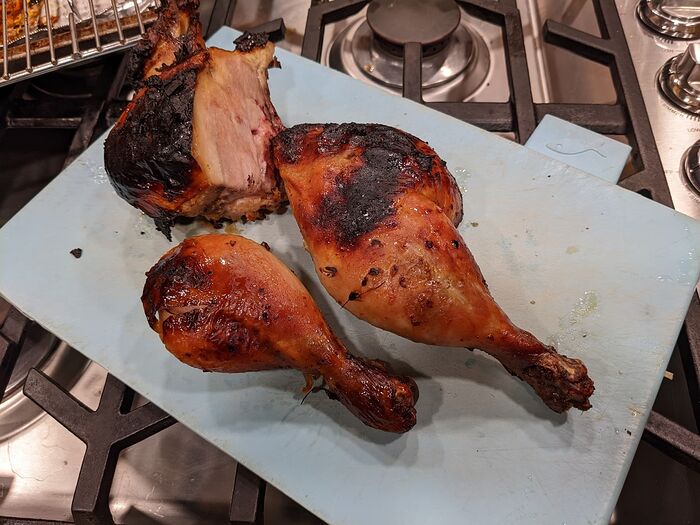