The recipe was the “big” winner in the annual Pillsbury’s Bake Off Contest in the 70’s. I remember my mom making it & then I made it a few more times over the years during zucchini season. Well I happened to think of it the other day as I was practically buried in zucchini. I don’t typically buy dough in a can, except for the holidays, because SIL makes some fab sticky cinnamon rolls out of the Crescent rolls. Buy a 5 pack a year for T-Day & Xmas, so remembered I had a tube in the freezer. I decided t update this recipe & am elated to tell you that I’ve already got it into the 8o’s or 90’s!

I spread the crust with pesto, added some sun dried tomatoes in the zucchini filling, half Colby jack cheese & dollops of goat cheese. ( The Holy Trinity of the eighties - pesto, sun dried tomatoes and goat cheese!) The other big item of that era was white chocolate, which sadly I was unable to incorporate.

Soooo, I promise you, next time I make it, I’m going to bring it fully forth into the 20-teens,

The cust will look like flat bread, spread harissa over, sprinkle with sesame seeds, put some well placed olives & maybe a few chick peas over and top with Israeli feta - will let you know how it turns out.

Yes,picture please? I’m trying ti visualize it but can’t? Also,didn’t know you could freeze those tubes of
refrigerated biscuits? Seriously? I would think they might “explode” in the freezer?

Sorry, I don’t have one; it looks like a quiche but with zucchini showing through it.

Yes you can freeze them - I would recommend no longer than 6 months however.

I use to make zucchini pie back in the early 80’s but it had a homemade Parmesan crust. It was good but I don’t remember it being all that great. And of course zucchini bread. What we wouldn’t do to get rid of all that zucchini back then…The early 80’s put zucchini on the map and everyone was on zucchini overload…lol. I had no idea you could freeze tubes of crescent rolls. Thanks for the tip.

This is a picture from the internet. 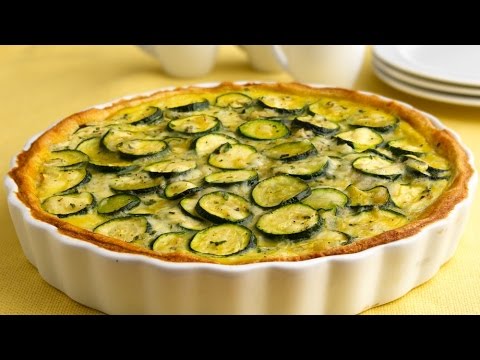 Yes, exactly what it looks like! Thanks for posting.