From a few days ago; I liked it! 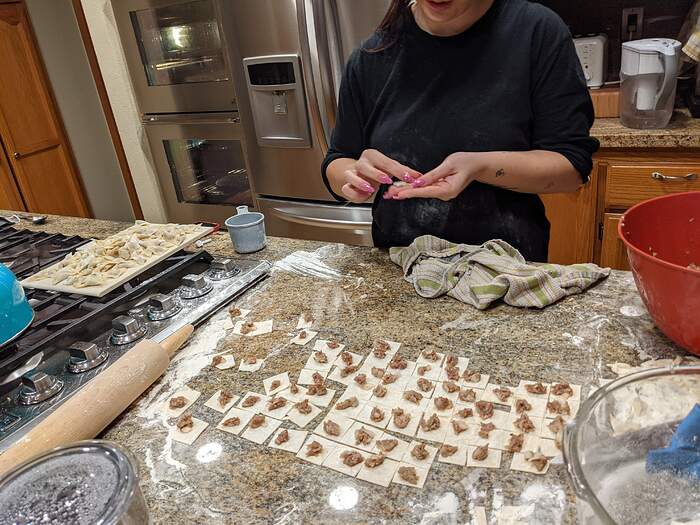 I reconnected with a cousin after 35 years, andhad her come out from IL to AZ for the gem show several years in a row. She would show up with some bigass hunk of meat (told me the steer’s name the first time, which I put the kibosh on immediately) and it gradually became clear that she was slowly taking over the kitchen, telling us she hated “big gross plates” of pasta, which is one of my favorite things on earth, and so forth. The straw that broke the camel’s back, the last time she was here, I was cooking some squash, I think, I left the kitchen for a couple of minutes, and heard her very clearly adding butter to it- bitch waited until I was out of the kitchen to do it, when she could have added it to HER serving. Then later on said something vague about “being bossy in the kitchen”. She doesn’t know it yet, but she’s not coming back here any time soon. You just don’t take advantage of my hospitality by pretending that you’re a better, more knowledgeable cook than me, especially when you’re not. Period.

4 Likes
← previous page
“Food is a pretty good prism through which to view humanity.”
― Jonathan Gold