Do you know the origin of your ‘Secret Family Recipes’?

Sometimes, those recipes on packaging aren’t so bad.

How about your family recipe? Where do you think they originated? It will be interesting to do a survey in HO.

I don’t remember my mom cooking much of “family recipe”, she is more into healthy eating. But I remember twice, she made a wonderful family smoked chicken. (She doesn’t consider smoked food healthy). I don’t think she ever wrote down the recipe, I made once many years ago, I need to ask her again. 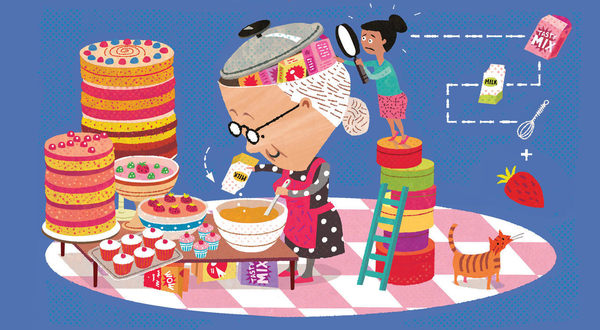 Surprisingly often, they're copied from mayo jars and famous cookbooks. 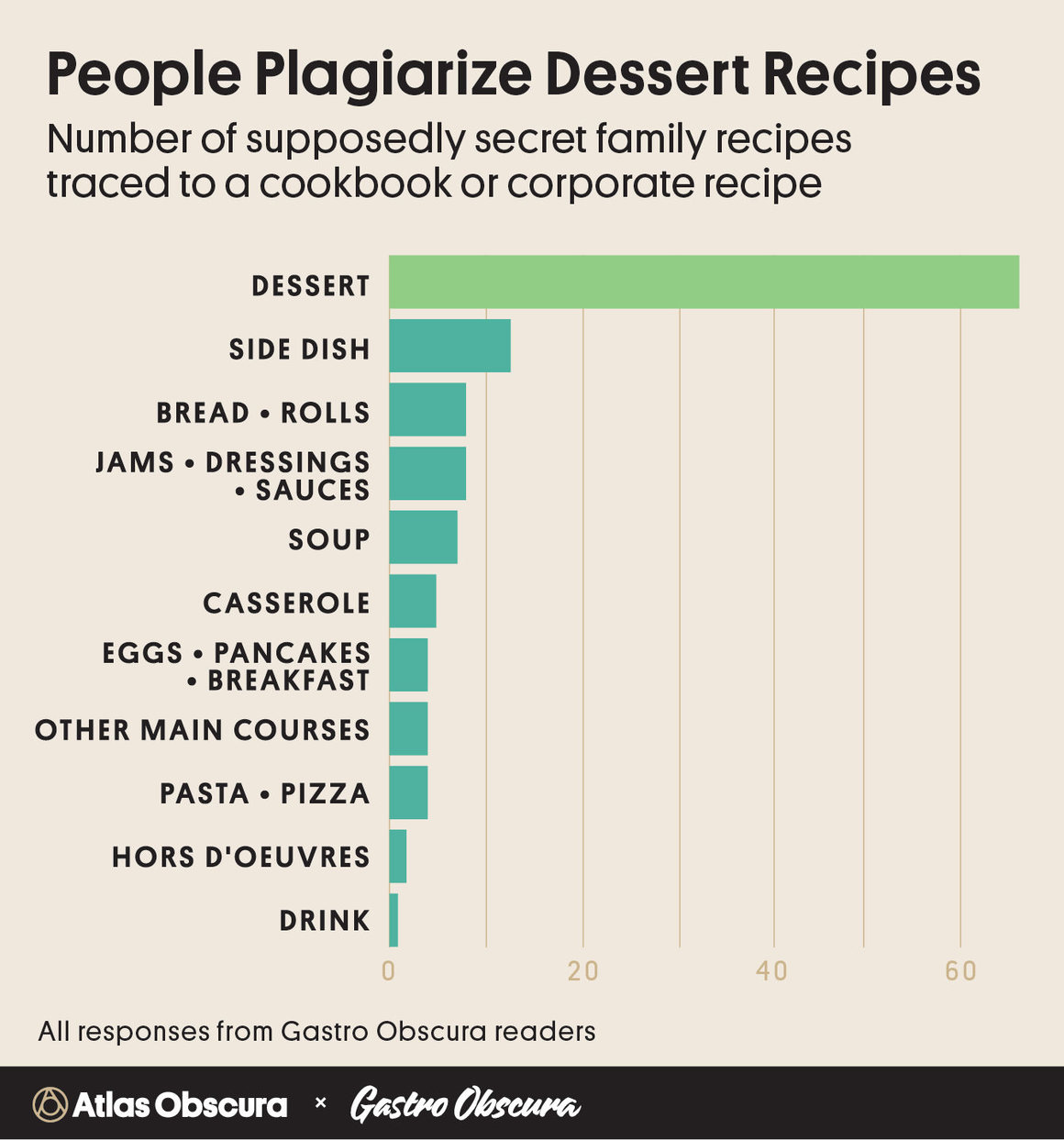 It depends what is plagiarizing. Very few people create their own recipes out of the blue. Extremely extremely few. This is why it is no surprise that almost every recipe is a modification of the next one. Take my wonton recipes, I read about 10+ recipes and chose to make 4 of them. Then, I picked and chose different aspects from each and keeping on modifying them. The truth is that even these 4 recipes are not hugely different from one and others.

So I am guessing that it is very difficult to say when a recipe is different enough vs a recipe is still a copy of another. How many distinctive different chocolate chip cookie recipes can there be?

How many distinctive different chocolate chip cookie recipes can there be?

According to food magazines, a gaziliion.

Well, when they start baking the cookies on a toilet (see the other post), then I will admit it is a very different recipe.

Very few people create their own recipes out of the blue.

True. Mass printed recipes is a fairly recent thing (mid 20th century), of course printing existed a few centuries already, but limited to the educated and the nobles families. Would a farmer in the 17th century go and buy a recipe book when he needed to cook? Meaning some of the dishes we cook pass generation by generation without proper documentation in paper. We learn because we have tasted and saw how the older generation did it and we tried to reproduce it.

How about your family recipe?

I thought the “rub” grandma put on chicken was her invention - till I saw it in an Arthur Schwartz book on jewish cooking. Of course, I am reminded of the Friends’ episode where Pheobe sees grandma’s secret chocolate chip cookie on the bag of Nestle’s chips!

I thought the “rub” grandma put on chicken was her invention - till I saw it in an Arthur Schwartz book on jewish cooking.

I am wondering if it can be the inverse? That the rub is so popular and later being put into a recipe. For example if I work for the marketing of a product, I decide to include that grandma recipe I have to help the sales.

There are several that certainly started as a back of the package recipe- yet were ultimately written down to keep track of the changes to that original recipe. Some i think were changed so much that they don’t actually share much with the original but for a few ingredients. But i don’t think at any point family members have pretended it was all their own doing from scratch, always spoken of as “oh it’s just my version of that old mushroom appetizer recipe “ or somesuch

[edit: next few posts merged from topic started after I missed this one]

My “family’s recipes” mostly have dubious origins (Lipton soup mix is a theme), or are from one or two popular mid-century Jewish cookbooks. No big secret recipes. However, I once brought my grandma’s “secret recipe” for chocolate cake to a party, and got outed by a drunk woman, who immediately recognized the recipe. and loudly described the ingredients to all the guests to my embarrassment.

In the college dorms, mid-70’s, a dorm mate was very proud of his snack contribution, until someone relied, it is just onion soup mix and sour cream. This person also thought someone’s homemade rice pilaf was, rice a roni.

My “family’s recipes” mostly have dubious origins (Lipton soup mix is a theme), or are from one or two popular mid-century Jewish cookbooks.

My grandmother was a very good “Jewish” cook. My whole family always did a “rub” made of salt, pepper, garlic and paprika that went on all chicken and even the brisket. Then there were the sweet and sour meatballs, always made with Del Monte tomato sauce. I always thought these were originals until I read Arthur Schwartz’s book on Jewish cooking and saw the meatballs and the “rub” in there. Apparently this was an Eastern European thing!

Is there a related post about many home secret recipes are originated from brand name product recipe?

However, I once brought my grandma’s “secret recipe” for chocolate cake to a party, and got outed by a drunk woman, who immediately recognized the recipe. and loudly described the ingredients to all the guests to my embarrassment.

Why were you embarrassed? Did you make a big deal about the recipe and how super-secret it was? (Probably not, because that would be really weird.)

Ha, I would have introduced it as a family recipe or said sour cream was the secret ingredient, but I hadn’t mentioned that the other ingredients were Duncan Hines cake mix and a package of chocolate pudding

To bring another post/incident back here. You can easily make any recipe into your own recipe if you cook it in a toilet seat.

My mother’s sweet and sour meatballs are based on a cookbook recipe and have raisins and cranberry sauce added. Yes, she uses Del Monte

IIRC the raisins were suggested by an Italian friend (coincidentally they appear in a traditional? Campania recipe I just googled written about by Arthur Schwartz ). I’ll have ask how the cranberry sauce got added— a quick google search brings up an Ocean Spray recipe

Oh, I get it. Ingredient-shame. Makes sense.

My mother was an excellent from scratch cook who was a businesswoman, so she saw no value in being in the kitchen for hours if she didn’t need to be and took full advantage of postwar modern food packaging.
She always gave attribution as to where the recipe entered our family meal rotation including some excellent Mexican recipes from guys that worked in the steel plant.

Evolution of cooking…heck my grandmother got out of the “cave” after WW2!
But really I do agree, with your statement about your mom’s cooking…Things change.