Do you have any damascus kitchen knives?

Earlier in this thread, I posted several Youtubes in which a blacksmith actually made a small dual core damascus–step by step.

This is the same maker Ray’s touted before. He’s a beginner.

What processes are entailed in the billet manufacturing stage?

Well, pretty much the same as forging the knife blank, except the billet maker doesn’t forge to shape. In the simplest (!) example, they forge weld a layup of sheetstock (could be as few as 2 and as many as the press can handle) or cable. Then that layup is manipulated, almost universally involving folding and rewelding. Sometimes “mosaics” are created by cutting and welding smaller pieces together.

Once a damascus billet is completed can a knifemaker further improve the quality of the steel in the end product?

Well, kind of. I would characterize it more as bringing the best out of the steels used. Billets aren’t sold heat treated, for the simple reason that the blade still needs to be shaped down very close to its final profile and bevels. Otherwise, you’d be wasting $$$ on boatloads of belts and drillbits, and then you’d still have to do the heat-treat all over again.

The vast majority of billets are sold to makers who don’t forge, a/k/a do only “stock relief” blades

But yes, there is a black magic in the heat treatment. Some makers even test their end products, but not many do. They simply follow the “recipes” provided by the mills and metallurgists, which can be technical and complicated for certain steels.

If you further explore this thread, you’ll find that there is not just one folded process, just slightly modified, to yield a damascus result: there are other ways.

What seems most advanced, to me, is a folded approach, dual core, that has generated a whole family of damascus knives that have been sold in limited production by Shun. I purchased one for Dr. H, and have been able to compare it to my Kaji damascus that has an sg-2 core.

The Shun kiritsuke dual core was out of stock for 7 or 8 months–and just recently became available again–so their larger scale production of dual core may require something closer to an artisan batch approach.

The most recent Shun dual core, clearly batch produced, is already sold out after only a few months.

The most mysterious, to me, is the 110 layer Xinzuo knives which are clearly a different production from Shun dual core. I have one: it’s beautiful–clearly layered and patterned. It’s the one displayed on the OP. I’m still hoping to learn more.

It’s not that surprising that a new technology for dual core would appear–after all, the Shun approach is 10 years (or more) old. What’s surprising to me is that it would come from China.

All my dreams have come true!

These days you can have “Damascus” anything. 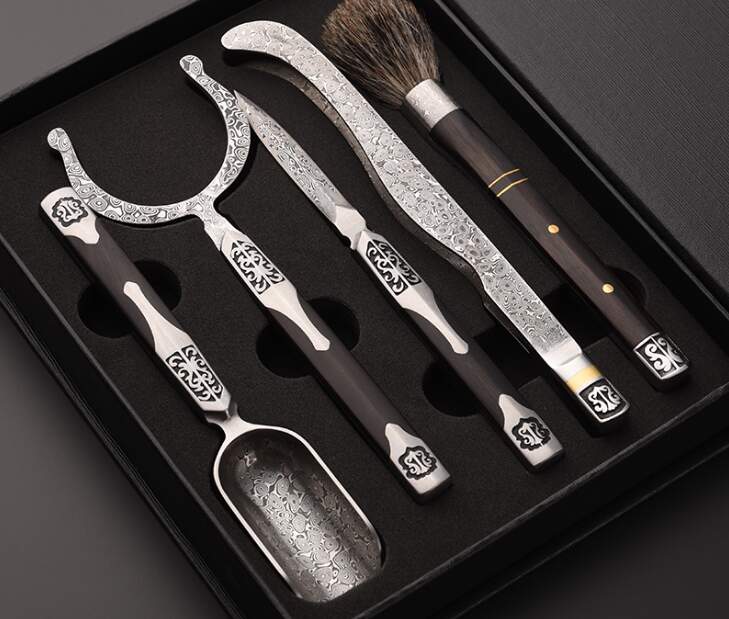 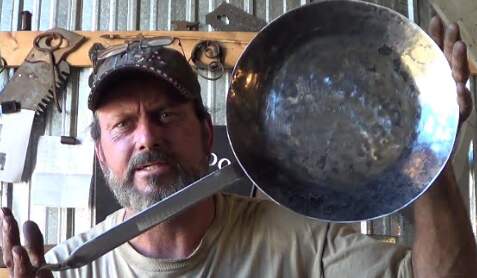 You get the idea.

That’s exactly right. The “fusion” only happens if your knowledge base of Japanese cutlery goes back a decade. What we perceive as Eastern influence is just a reflection of knives that were actually a Western influence on traditional Japanese knives.

Indeed. For example, ‘petty’ is just a derivative of the French ‘petit.’ And my understanding is that they started to be made in Japan more than a century ago, following exposure to Western cooking styles and ingredients.

I hope they’re not making Damascus if they have no CAD experience. Damascus takes a lot of work, folding over and over, so it often has the real “Damascus stripes.” I own no Damascus anything. Just watched Forged in Fire one too many times.

I was on the road to Damascus when I encountered an old knife maker from Thiers. He asked me, “Tim, why are you persecuting me?” So I took up the cause and have been a devoted follower of the carbon steel blade ever since.

…and the (mill) scale fell from your blade?

why are you persecuting me

Is this some kind of reference to the Crusaders?

they’re not making Damascus if they have no CAD experience

No steel should be worked without it!

Conversion of Paul. It works for the Crusades as well, however.