This is a discussion for fun. What do you think is the most underrated and overrated kitchen tool in today household kitchens? Thanks for sharing your idea.

For me the most underrated is the cutting board. Overrated the grill pan.

Underrated: One good quality kitchen knife
Overrated: A set of kitchen knives with a knife block
(so many kitchen tasks are affected by knives)

Grill pan would be great for some Mt. Lassen trout.

We city apartment dwellers don’t have the luxury of an outdoor BBQ grill, so a good grill pan offers us a facsimile of the grilling life.

Landed SFO this morning from a week eating in Bangkok. After 20 hours in transit, too burnt to go shopping for food. Needed some protein now that we are home. Took some pork toro (neck meat) from the freezer. Quick defrost and marinade in soy/bl pepper/shaoxin wine, ready to toss on the grill pan. Grill pan is good!! 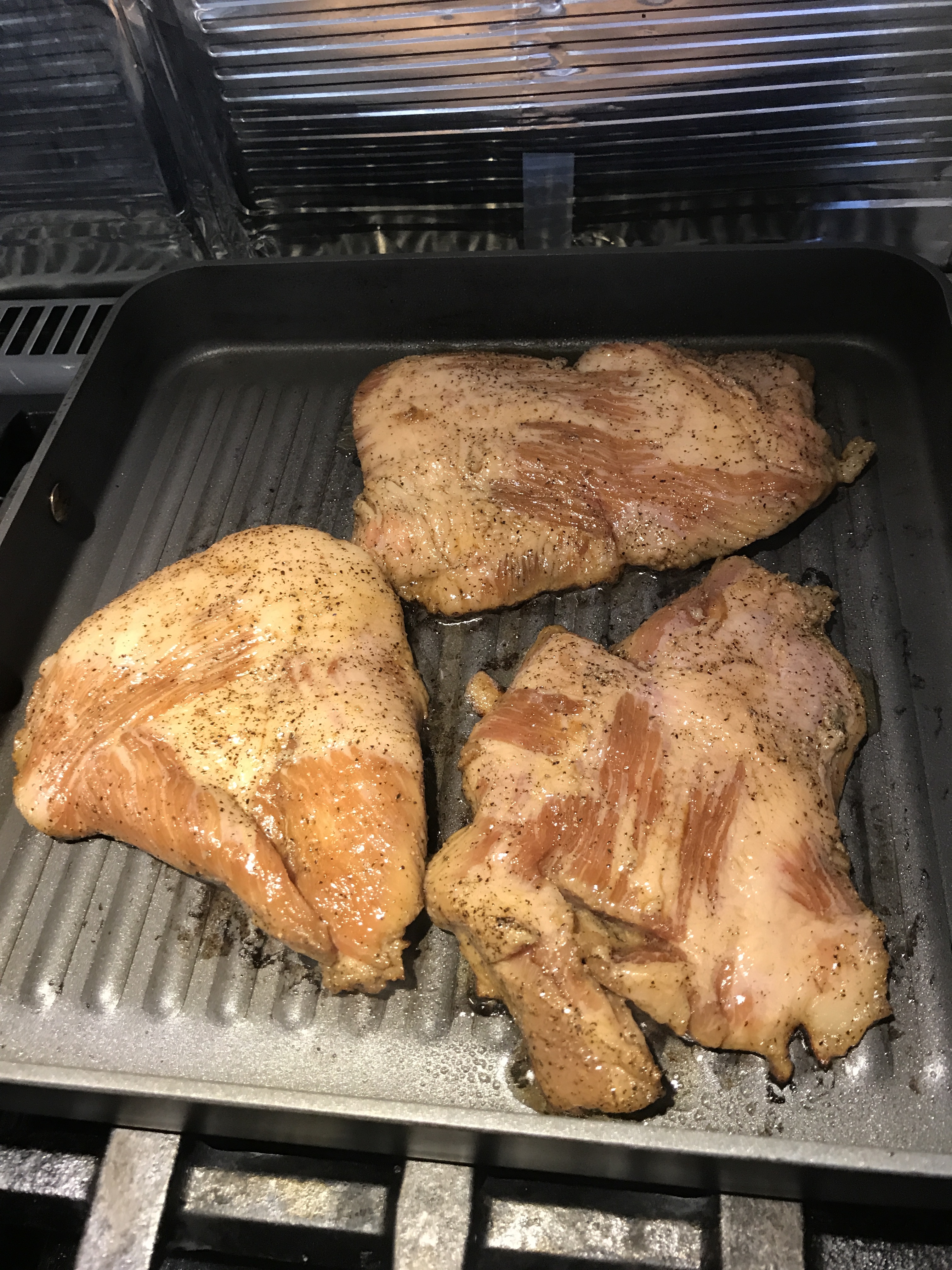 Three minutes on each side. 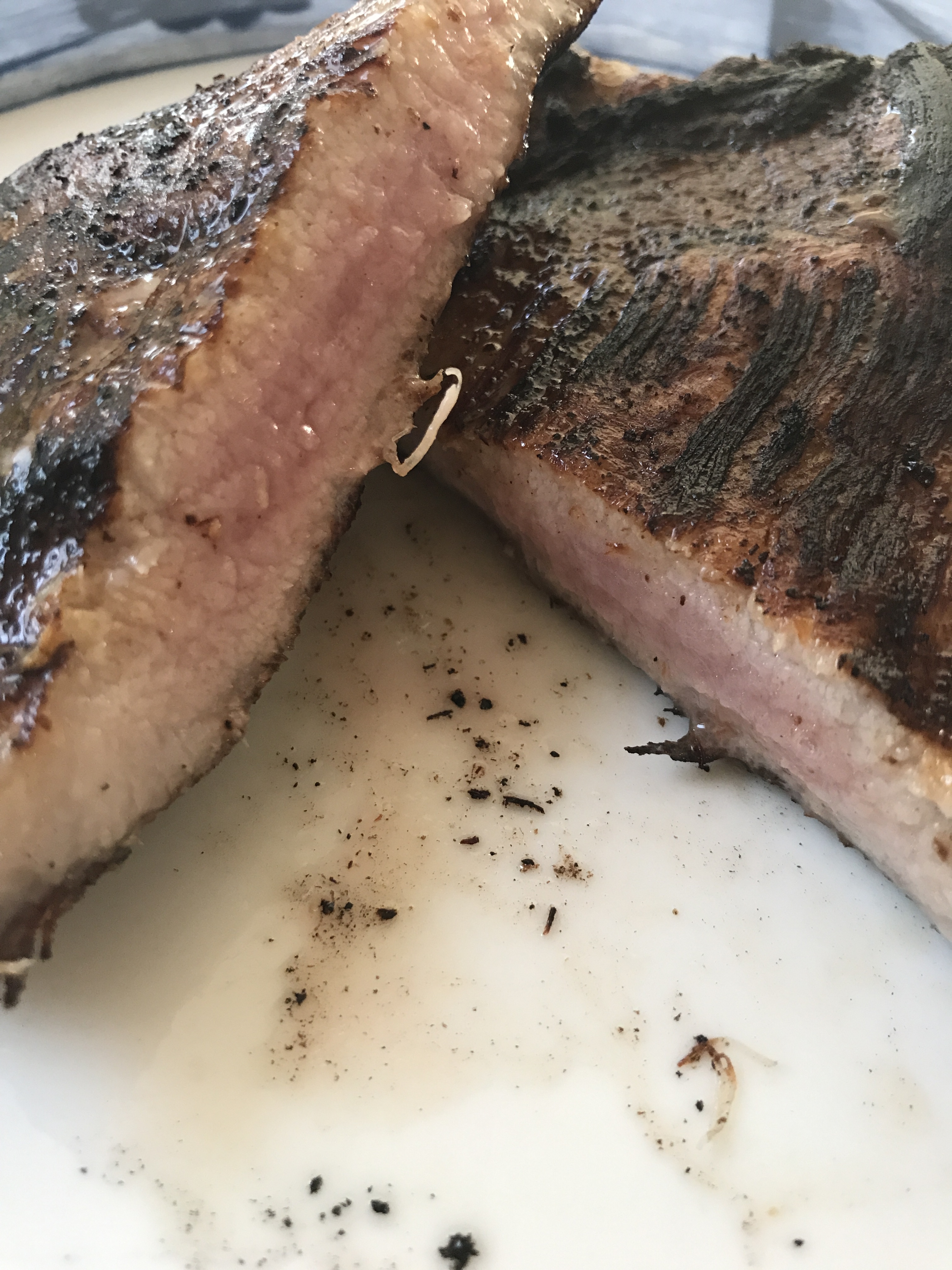 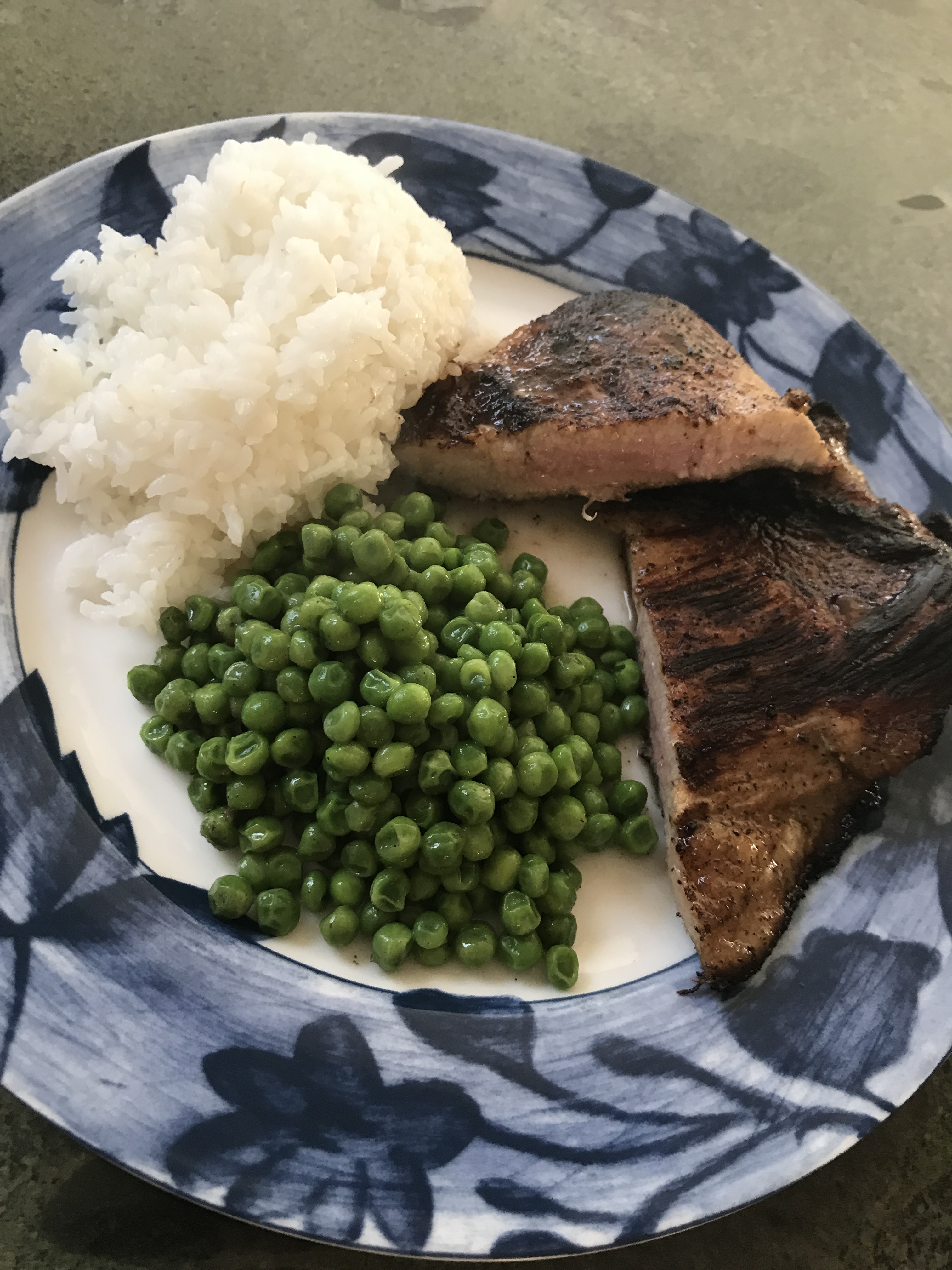 Cooked a shade more than our perfect, but very delicious. The pork neck meat is so yummy every way we’ve cooked it so far.

You had me at trout.

If you’re asking for my personal answer, my pressure cooker is probably the most overrated. But I have cabinets full of specialty pans and unitasker tools that: (a) don’t get much use; and (b) other tools as well as (or close to) the same things. For underrated (as opposed to valuable), I have to say it’s my new soft-boiled egg “clacker”–perfectly-opened eggs, instantly. I know of nothing else that does this job flawlessly.

However, if you’re asking in general, for all home kitchens, I’d have to pick the tea kettle as most underrated. For overrated, probably electric juicers.

Underrated: Digital thermometer, or a digital scale if you’re a baker,
.

Oooh, the slow cooker! I stand corrected. It’s going to Goodwill today! Thanks.

I bought a bowl/bench scraper last month. How have I lived without it?

Right? But we might be talking two different things…rubber/plastic/silcone flexible bowl scraper and rigid metal bench/cutting board scraper.

I bought a combo, flexible round side for bowls, harder flat side for the bench.

I’ll second or third the slow cooker being overrated. I have one and use it occasionally, but never for actual meals, only for things that I want to heat up and keep hot for a party. It overcooks meats and vegetables, and makes for watery sauces if you actually try to braise in it. I also don’t believe it to be the timesaver everyone likes to claim it is - it can shift the workload of preparing a dish to an earlier moment, but you still have to do all the chopping, browning, etc. that you would with a normal braise.

For underrated, I’ll second some other nominations on this thread - a great cutting board, a good digital scale, and obviously an excellent and SHARP knife. Actually, the knife and cutting board are kind of a synergistic combo - a great knife is nearly worthless if you are cutting on a tiny, crappy (glass, ugh!) cutting board. For me the combo of a 10" extra-wide chefs (Wuesthof) and a large Boos block is heaven!

A word of defense for grill pans as well. I love mine, but only because it is one of the large cast iron ones that straddles two burners and has no sides. This allows me to get it screaming hot and cook larger cuts of meat (whole flank steaks, large flap steaks, whole pork tenderloins, etc.) evenly. I have zero use for the type that are for a single burner, especially if they are aluminum/non-stick. Those are just a harder-to-clean skillet IMO!

Living in a state where marijuana is legal, I’ve heard (pure hearsay, don’t you know) a slow cooker can be useful for making cannibutter…

I use my slow cooker for broth and that’s about it. I don’t get it. Nothing I’ve made in it tastes that great, and if you do it right with searing and sautéing then it doesn’t save much time. I find my instant pot more useful as you can sear and sauté but even then I use I mostly as a pressure cooker not a slow cooker.

Ha ha ha. Oh my. Same here. I have a pressure cooker. I used it ALL the time except I always use it in the non-pressurized mode (like a regular pot).

Yeah, I was thinking more about regular household kitchens. What do we think that people in general over/underrated their tools.

Do kitchen tap and sink count? I thinking cleaning and washing is very importable in kitchen.

Overrated: ice-cream maker (those with pre freeze bowls). I never have much success, just not cold enough to make even decent ice cream.

However, do you think we really underrate kitchen tap and sink?

If you are in a rented place, probably you won’t change the existing setup to fit your need.

I feel many people pay attention to the quality of their tap and sink.

But do they in the end really have exactly what they need? Many of these need some trial and error. Most of the time, it is not something easy to change (budget wise). I regret that I didn’t have a large enough sink (to wash oven grill for example), instead I have opted for 1 medium size sink and a small sink… Since it was custom made with the countertop, I have to bear with the consequences.