I’m not a huge fan of biryani; my favorite way to consume Indian food is on a Thali, with lots of different dishes to choose from. But I’ve been aware of and following a couple of good threads on biryani here on HO, on the SFBA board

Starting this thread to keep track of biryani experiences. I am a big fan of this dish. Please feel free to add your biryani experiences. Very good- 12/12/15 Taste Buds. Taste Buds is a South Indian restaurant in Sunnyvale. Great rendition of goat dom biryani today (take out order). Rice that were fluffy but not stuck to each other. The plate was spicy and fragrant. Pieces of goat (they also said in the ingredient list that its lamb) with bones on. Came with a lemon wedge, hard boiled …

and on the Cooking board

[image] I know it’s past the deadline, just didn’t get a chance to sit down and write this post till today. I took some pictures a couple week ago when we made chicken biryani for guests. With cucumber raita. CHICKEN BIRYANI 1 kg chicken, cut up into pieces, on the bone Marinate chicken overnight in the following ingredients: (blend these into a paste) Ginger, large knob, peeled Garlic, a whole head, peeled 4 green chilies 1 lemon, juiced 1/2 bunch cilantro 1 tsp red chili powder 1…

I’ve learned a lot from those discussions. Among other things that I’ve never had Hyderabadi Biryani. (I’ve had places claim they were serving that dish, but apparently they weren’t authentic as I’ve never had mirchi ka salan).

In the Cooking thread there is this link 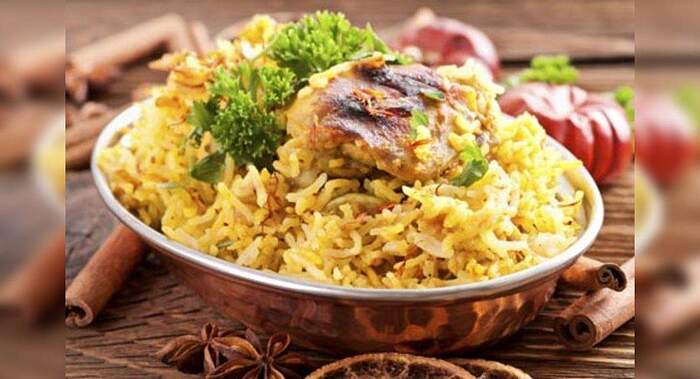 9 kinds of biryani every food lover must know

There are several ways to make biryani ­ each style loyal to its local gastronomic history. Here are the Indiaspecific ones that every rice or biryani lover should know about

There are many such lists; this one is convenient since it’s only got 9 types you must know

I decided to see how many of these I can find in Houston.

I know there are places that serve authentic versions of Hyderabadi Biryani. i believe Doobie has written up one of them as his favorite (maybe on the other board). I came across a poster on Yelp who seemed to be very knowledgeable and alleged Himalaya serves basically a Lucknowi version.

I would like to find a Sindhi version and have been perusing the menus and pictures of Pakistani restaurants looking for one.

But one variation I know I’ve had is Malabar Biryani, from the Spice Coast state of Kerala. I had this several years ago when I was exploring the restaurants down in the Stafford/Missouri City area that cater to the expat community from Kerala. It was from Mahima Indian Bistro on FM 1092 and it really shocked me. When I opened up the box at home it made the house smell like Christmas from all the spices. There were golden raisins and cashews and the whole thing tasted sweet rather than spicy. I wasn’t quite prepared for that then, but I plan to go back soon and try it again.

I recently had a very lame version of this from Grand Indian Kitchen on Hwy 6 in Missouri City, probably the tiniest cubby-hole-in-the-wall restaurant I’ve ever been to.

Today I had a much better version from Desi Indian Restaurant in Stafford. 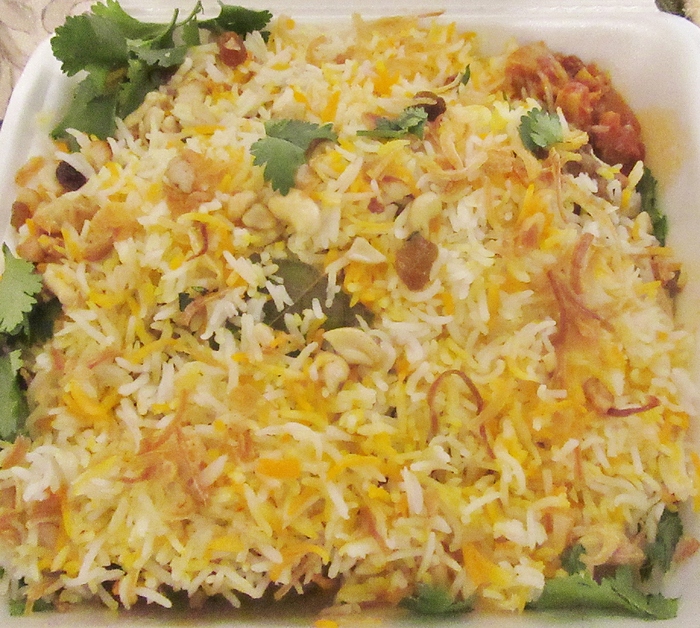 There were both peanuts and cashews in this version; the golden raisins were unfortunately kind of shriveled up and dry; that’s lime pickle in the upper right corner of the box.

This was not as aromatic as either the Mahima or Grand Kitchen versions nor as sweet and Christmasy as the Mahima version but it was tasty. There was no heat except from the pickle. The bottom layer in the box appears to be all chicken; I haven’t looked up a recipe but I think they basically use a Chicken Fry process, a dry curry, and layer it with the rice and other ingredients.

This came with a thick, forkable Raita 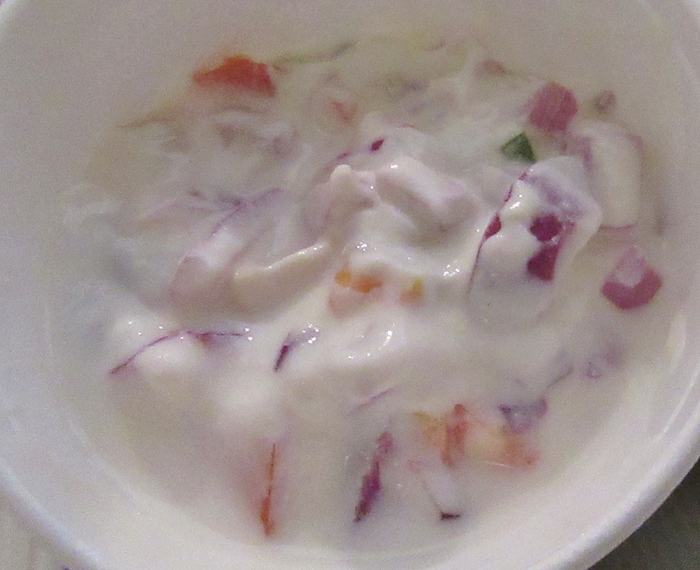 The restaurant seats perhaps 75 but it was dark; the door was open, a fan and a TV were operating but there were no lights on. Dining accomodations, assuming they’ll turn the lights on when it gets dark out, are very spartan. Like the majority of the Kerala places down there, it’s mainly for take-out and large catering orders. I didn’t realize until I’d been there about 10 mins that all the other people I’d talked to were customers; I’d given my order to one man and he went back into the kitchen and passed it on; later, I saw him pay and walk out with a large take-out order. The chef came out, finally, a beaming round faced man, and handed me my order. Based on first impressions of the food, I’ll be back.

I’m no expert, but I really like the biryani at Biryani Pot on Westheimer a couple of hundred feet east of Hillcroft.

Their lunch specials are excellent and an incredible value.

Supposedly Hyderabadi but again I’m no expert. The biryani usually has a pretty good kick. I like it.

I look forward to your research results.