Decent sales on 2 knives (one Zwilling, one Wustoff)

Just in case anyone is interested in these; the first seems a very good deal and the second pretty good.

One is a Zwilling Professional S 8-inch chef’s knife for $73 US, plus whatever taxes might need to be collected for your location (and I went with free shipping as I’m not in a hurry). It seems like it might be some kind of a mistake - the best I’ve seen on Amazon or at Zwilling is $150+ (and usually about $200). I’ve had price watches set on the Professional S chef’s knives for a couple of years now because as each of my 3 daughters has gone off to college, we’ve gotten them a Pro-S chef’s knife.

The sale is coming from “Amazon UK” so there is not a guaranteed free return (for me as a US shopper, anyway), which is a downside. I suppose it’s also possible it’s a refurb (which would help explain the price) but there’s no indication of this in the advert.

The other is a Wusthof Ikon 10-inch slicer at Cutlery & More for about $130. I haven’t been watching this one as long as the Zwillings, but for a “sale” price I often see $180 and regular price generally runs $200 on both Amazon and Wusthof’s websites (and $200 is the current price at both). 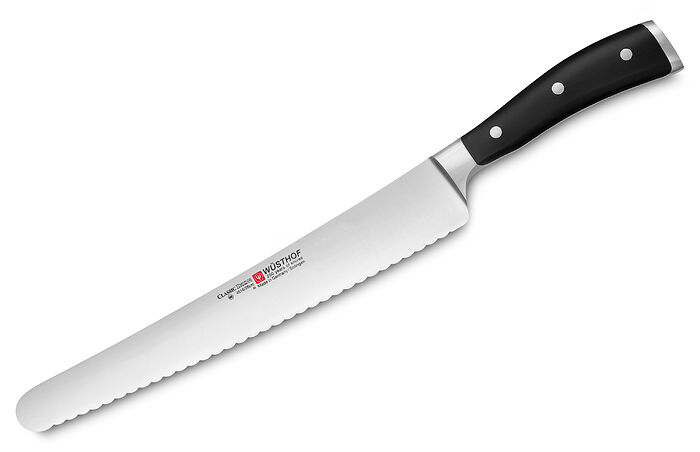 Shop for Wusthof Classic Ikon Bread Knives at Cutlery and More. We are your source for everything Wusthof with FREE shipping on orders over $49. We are experts in kitchen knives & cookware.

I go by subjective values, and I wouldn’t pay more than $100 for the Zwilling Professional–so I would be looking at EBAY and other alternate sources.

Cutlery and More is about to have their Anniversary sale (tomorrow) and they almost certainly will offer 20% off.

You probably can find it at EBAY for about $100 as well.

That’s about what they’re worth.

I have a Wusthof super slicer in another iteration. I rarely use it. It was a great big meh, why did I buy this?

I think these two are great buys --assssuming the person enjoy classic German made knives.
$75 for a Classic Zwilling Henckels is good buy.
The $130 Wusthof slicer knife is great too – assuming the person get to use it for every Thanksgiving and Christmas…etc. I forgot to share. I thought a Shun “bread” knife, but it could be used as a craving knife. Same for this knife you are showing, it can be used for carving, slicing and bread…etc.

It was a great big meh

Can you expand a little? I think CCE may like to know why you don’t like the Wusthof Ikon, so it can be helpful for his potential purchase.

I don’t have the Ikon. Just an earlier model of thé Wusthof super slicer called the Avante Garde. 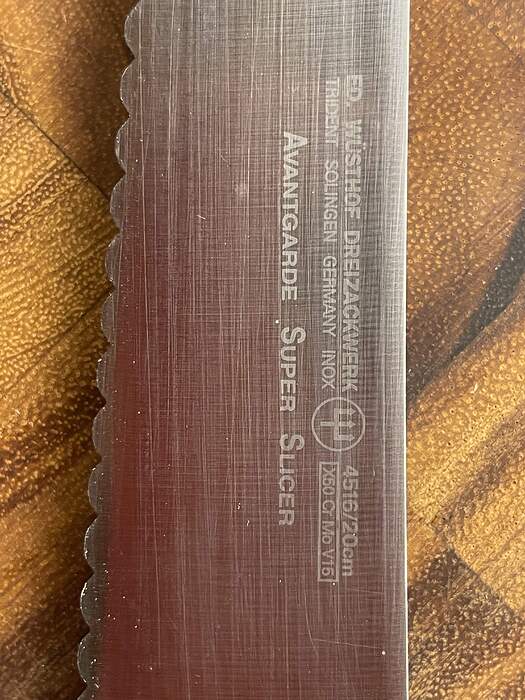 It’s not the model type or whether it’s stamped or forged (they have a Super Slicer in the Gourmet series) it’s the “reverse scallops” of the serrated edge that makes the knife a “super slicer”. 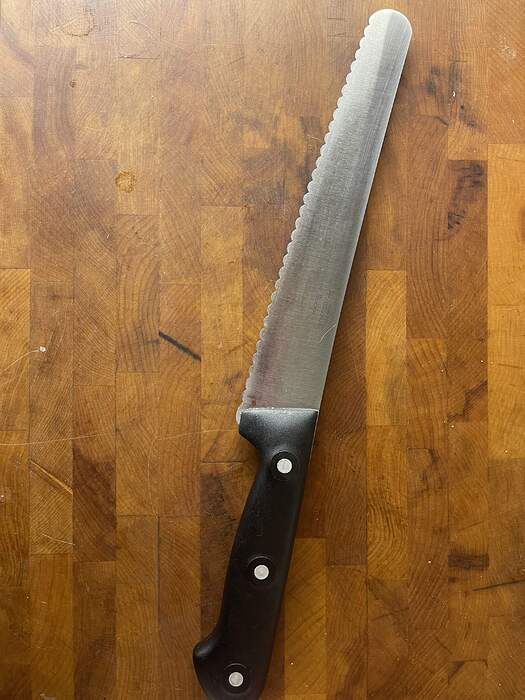 I’ve just never been that impressed with the edge. They also made (maybe they still do?) an offset knife with that same “reverse scallop” edge. I had one of those, too It dulled after a while- didn’t last any longer than a regular serrated offset knife.

As long as you stick to the top of the line products, both Wusthof and Zwilling knives are great, but as mass produced knives, they are relatively easy to find at true “value” prices. That is 50% of the listed retail price–or less.

If you would be satisfied with German steel, but made in China, you could find nearly identical models for 50% of the “value” price. If a knife is advertised by the manufacturer for $200, you should be able to find it for $100 or less. If you go for German steel, but Chinese names (from AliExpress), it would be $50 or less.

The performance of all three: retail, value, Chinese would be about the same.

The biggest tradeoff are increased risk and inconsistent delivery.

All IMO, of course.

about to have their Anniversary sale (tomorrow)

Yeah Ray - I got that email but failed to actually read the darned thing or I might have waited a day to order. The Ikon did get knocked down a bit, another $5.00, to $125, but I’d already ordered it.

Edit -
As for the Zwilling or Wusthof less-costly counterparts made in China, I just don’t know. I have a steak knife set that is one of the other - after 28 years, I can no longer make out the stamp image, but I know it is one of the two. The steel is brittle - I’ve snapped two of them in half. Arguably I was doing something both times that I shouldn’t have been doing (applying some bend in both cases - one time to get around some bone, don’t remember what I was doing the other), but I was still surprised that it’d happen.

As for the Zwilling or Wusthof less-costly counterparts made in China, I just don’t know. I have a steak knife set that is one of the other - after 28 years, I can no longer make out the stamp image, but I know it is one of the two. The steel is brittle - I’ve snapped two of them in half.

Sometime you are paying extra for that guarantee. Buying a Henckels, Wusthof or Messermeister, you have that minimal guarantee. Congratulation. I am sure you will enjoy your knife (ives).

Ebay is more risky than Cutlery and More (but I’ve purchased quite a few items and know the ropes)–and Cutlery and More is a great retailer who will back up a product. Knives purchased from AliExpress are riskier still, but they do quite well in backing up purchases. I’ve spent a long time before making a purchase, and I’ve done very well–but sometimes waited forever.

Best luck with your new knives.

Sometime you are paying extra for that guarantee.

I’ve reached the age where a lifetime guarantee for a product isn’t worth the markup.

Above I mentioned getting the professional-s series knives for my daughters. That’s because these are the knives they’ve grown up using here in the house. They might drift off to other kinds of knives later, and that’s fine, but as they start their own new households I’ve wanted them to have something familiar, and they’re all decent enough cooks.

But I’m hoping my own knives go downstream to their kids. I’d be happy knowing that my knives get jacked to the 2-down gen (my daughters’ kids, when they have them).

Edit - also my daughters’ great grandfather’s knives. I hope when I’m no longer using them that someone enjoys them. I’ve shown these here before. They’re nothing fancy but they’re super solid, nice knives hand-made in the 1950s. Stainless blades and solid block aluminum handles. 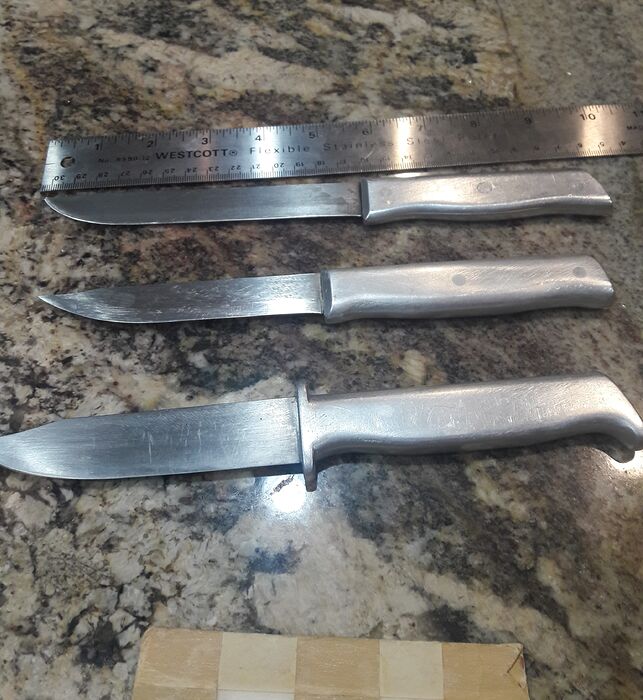 He made hundreds of these and gave them away to family and friends.

The link for the Zwilling knife leads me to a Zwilling saucier ??
Btw I own the Zwilling Professional 8" chefs knife in two different version - both without the bolster.
Both knives are very good performers, but a bit on the softer side steel wise. They seem to dull a bit faster than my other knives. But all in all great kitchen knives - I got both of mine for $70 a piece 2 years ago brand new.

Regarding the Wüsthof super slicer.
I almost bought one a year or so ago, but what can this knife do, that my two 26 cm SG2 Sujiki’s can’t do (other than cutting bread, but I prefer a bread knife for that)

To me it seems like a fusion between a meat slicer and a bread knife, but I’m not sure what it does better than a dedicated bread knife and dedicated sujihiki other than trying to be two knives in one ?

I’m all for trying new knives and all that good stuff, but can’t seem to quite understand the benefits of this so called ‘super slicer’ ?
Maybe I’m missing something…

I almost bought one a year or so ago, but what can this knife do, that my two 26 cm SG2 Sujiki’s can’t do

Maybe not everyone has a SG2 Sujihiki?

Anyway, Chad Ward, the author of Edge in the Kitchen, prefers the reversed scallop design over the serrated knife for craving.
" The Wusthof Super Slicer is pretty great. It is very similar to the Mac SB105 Bread Knife/Slicer. Both have scalloped edges rather than serrated edges. I prefer them to serrated knives…" 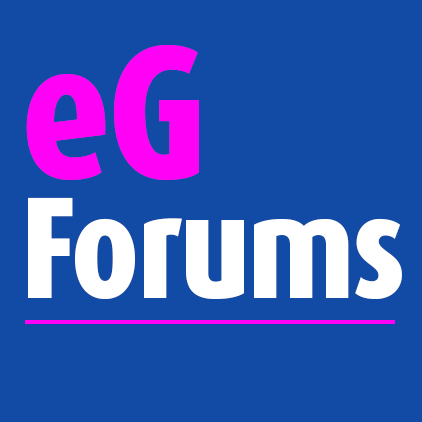 "An Edge in the Kitchen"

I don’t think this reversed scallop design is the ultimate design, but it should work well enough.

Thanks for your (as always) insigtful thouths and the link you provided.

I have a confession to make - I own two very nice serrated bread knives, but I almost never use them.

I prefer to cut slices of loafs of bread, even with hard crusts, with either one of my sujihiki’s or one of my chefs knife/Gyuto’s.

So far no chips yet. Works perfectly and smooth. Very even slices of bread.

I don’t really need a serrated knife for bread. My other knives do the job amazingly well.

This is just my experience of course.

But interesting reading about the scalloped edged Super slicer.

Interesting. I have his book, but I didn’t consult it when I bought my super slicer.