Crazy Making In Kitchen Due to Spouse/Partner/Roomie?

To myself: Not now, I’d have to start all over again. And besides, it wasn’t my idea to begin with.

Well @Auspicious, am definitely impressed by the size of your previous fan. It does matter.

As to frying, we rarely did it in our kitchen, maybe once a year, outside on the deck. We had a local favorite tavern on the water we’d go to 3-4 times a year for halibut & chips. Most excellent. Since Novel Corona, we rarely go anywhere, and have done takeout, but a few times. So, we’ve needed to scratch an itch. Same with some Asian preps we’ve missed. Myself, love a big fat, juicy ribeye, in hot cast iron, seared for a great crust, but very rare on inside. Turn the fan on high, and it’s all good. But we’re all different. A good fan was very high on my wish list when reconfiguring the kitchen, knocking out walls, etc. H’s too. So it’s really a fan issue with H, the waste of perfectly good halibut I can live with, but will ensure it doesn’t happen again…

ETA, I don’t automatically turn to the high setting unless high heat searing or browning large quantities of meat. Use all 3 speeds, depending. I learn from setting the god awful smoke alarm off, some people don’t.

Yeah, good idea. Will also blast the classic rock so loud he won’t even hear the damn fan @naf

With all of the chaos in the world, I’ve been trying to find at least one thing every day for which I am grateful. This thread gives me that thing!

I have only a 21 year-old offspring to feed…hes actually a very good cook when hes of a mind, but hes only rarely of a mind! He has his likes and dislikes, so I make the things he doesn’t like on nights that hes working.

Stored in the freezer, I think you mean?

Just realized what you were asking! I meant how long have you had the current cooking arrangement?

Basically, since January when I had a health snag. I’ve made a few things, but it’s been his decision to cook, and he thinks the kitchen is his exclusive domain now.

When working on a cooking project, I’ve messed “his” kitchen up, don’t load the DW correctly, etc. ( Actually have master skills at it & all the dishes I load get clean. Plus I can get a ton in there) So my thinking is let him have at it. I’ve done a lot in the kitchen, and wore a stove and oven completely out in 25 years. So I’ll be happy to cook when he decides he’s had enough fun. Until then, I’ll look for recipes for him to execute. And I always offer to help, guess he likes to fly solo.

At this point, I feel lucky to live alone.

Lol, that’s what my friends tell me too, and cousin. Hmmm, a total paradigm shift may be interesting…@bbqboy. Might be living in the wrong area too, as the heater came on this morning. Again. In the middle of July. A whopping 64 degrees now, but expected to reach a thermometer busting 75, if we’re lucky. Not that I’m one to complain. QT is wearing thin, that’s why the ranting. Thanks for reading!

In the middle of July. A whopping 64 degrees now, but expected to reach a thermometer busting 75, if we’re

We are stuck at 98-101 for at least a week so nothing is going on in the kitchen, crazy or otherwise.

This the time of the year when people in SE Texas wish for a juicy Tropical Storm, nothing major, 6-10 inches of rain. We can handle that not the 40-60 inch Biblical events I’ve seen 3 times in my lifetime.

A whopping 64 degrees now, but expected to reach a thermometer busting 75,

My garden thermometers are sending error messages to my weather stations. “Does not compute”! 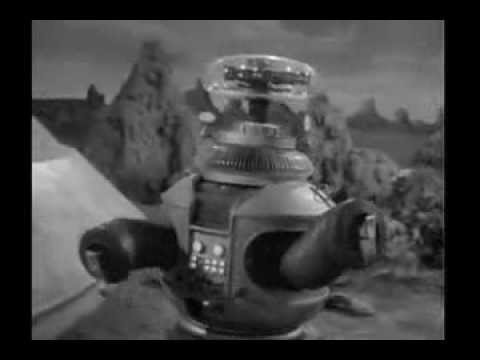 Yep, you guys have been hit big time - remember looking at pics of last huge storm, but don’t remember name now. Was it Ike? Seems like another biggie since then. I still remember the blazing heat from down there, and spent a few days in NOLA, late August. Lordy, not acclimated after 30 years of weather I’m used to now. Beach days near N & S Carolina border, that were too hot for me to even walk to the beach, try as I did. Only 1 day really stopped me. So, can’t complain about our mild weather…

Whoa, really hot! The peppers are loving it though!

Its sweltering here in FL too right now. The toaster oven is all I’ll design to use for a while, and the grill is now the first option.

Ok, H did it again and set the smoke alarm off, by not using the stove fan. That screeching ungodly thing can last 15 minutes. Swore I was going to leave the house next time it happened. I’m having wine instead, maybe something else.

On a positive note, I’m going to make a nice sign to tape onto the fan. It’s going to say: Turn the F***ing Fan On. Thank yew!

Plus I’m going to take over the kitchen again, starting with 2 nights a week.

My garden thermometers are sending error messages to my weather stations. “Does not compute”!

Where does that data go? CWOP? APRS? Or just in your house? Temp only or wind?

In the spirit of this thread, my wife gets stressed when I pull out my DVM in the kitchen, but we have been able to resolve some refrigerator problems, a vent problem, and fix the oven light. She went and took a bath when I replace an outlet with one that had two USB ports for the kitchen tablet and the kitchen BT speaker. She likes the results but isn’t crazy about watching sausage being made.

I don’t know what all those letters stand for, but the temperature readings just comes to a monitor in my house. Temp and humidity. This was before any fires, so no ash. It’s not that unusual to have no readings from time to time, but I’ve ot seen the error message before, and not since, and it’s been up to 109 in the last week to ten days.

I’m especially curious about the meaning of DVM and BT.

I don’t know what all those letters stand for

I got all excited about another weather geek. grin

APRS is Automatic Packet Reporting System http://www.aprs.org/ which uses ham radio to connect things like weather stations when Internet and other means aren’t working. “When all else fails.”

BT is Bluetooth. In our case we have a speaker that connects to our kitchen tablet with BT to provide more volume and quality when we’re streaming Netflix or Prime Video in the kitchen. If we did that. Which we wouldn’t. Not ever. All Jacques Pepin all the time. Except when watching Julia Child reruns. grin

If you have an Oregon Scientific or Scientific Atlanta (?) weather station and indeed many others there is a USB connection on the display that you can connect to software in a computer to provide whatever data you have to CWOP. The value is that the output of computer models gets corrected based on lots and lots of real data. This improves the caliber of tactical forecasts and over time helps improve the models themselves. There is a version for ships and boats at sea call the Voluntary Observing Ships Program (VOS) https://www.vos.noaa.gov/ . These programs make a tremendous difference to the caliber of weather forecast. You said somewhere you are in the health field. It is roughly the equivalent of instrumenting a statistically significant number of people for body temperature and heart rate to determine norms and identify anomalies. Good stuff.

Ah! Interesting. I believe someone very close to my home contributes, because when I’m checking around, some info comes from “Cathy’s back yard” or something like that.

My sister lives in Durham, NC, and yesterday she was telling me how they get alerts about hurricanes from NOAH ( I guess it’s noaa) . I believed you’d posted about it before, but assumed it was only “maritime stuff”. Would they have info about wildfires in California? If so, is there an app?

NOAA does not have their own app. See https://www.washingtonpost.com/blogs/capital-weather-gang/post/national-weather-service-hold-on-mobile-apps-stirs-controversy/2012/01/08/gIQAjWKUlP_blog.html for discussion. As the article says there are lots of apps that use NOAA (National Weather Service NWS, Ocean Prediction Center OPC, National Hurricane Center NHC) data and some that push warnings and notices.

NOAA and some DoD satellites that collect infrared imagery feed federal and state fire systems. https://www.goes.noaa.gov/WCIR4.html The intent is for weather, especially cyclonic, but they are great for fire spotting also.

There are NWS offices all around the country. Track down the one nearest to you (start here https://www.weather.gov/srh/nwsoffices) and they should be able to tell you about local outlets based on to whom they have data feeds.

Just like there are hurricane hunter aircraft there are plans that do thermals scans. Some are NWS, some are military (mostly USAF), and some are DEA (looking for grow houses) but all that data ends up at NWS available for firespotting. Check with your local fire department - not the nearest station but the headquarters people.

Information is power when shared.