On Wednesday [December 15], the state Department of Fish and Wildlife announced it would open up the coast between Pigeon Point in San Mateo County and the Sonoma-Mendocino county line to commercial Dungeness crab fishing on Dec. 29. Though fishing there usually starts Nov. 15, it has remained closed to protect endangered whales, mostly humpbacks, from getting injured by fishing gear after they were found to be in high numbers off the coast.

Apparently the crab that was in stores earlier was from Mendocino County, where the season opened December 1.

Has anyone been out to the seafood markets today? Any sense of what the prices are this year?

$10-15/ lb. But with the current weather conditions, I doubt if the supply will high.

We are spending a few days in “the city” and ready to pounce. 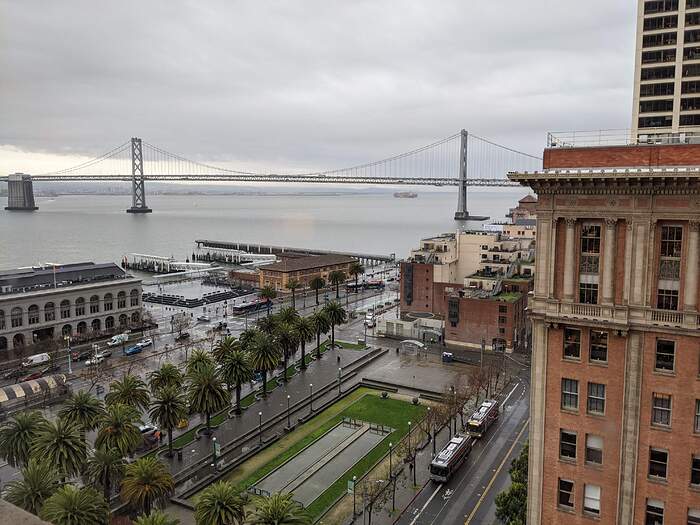 And this year, in a pilot program, you can buy directly from the crabbers at Fisherman’s Wharf (link to locations in the story). Cash only, $10/lb.

No crab at Hog Island yet, but a long line. 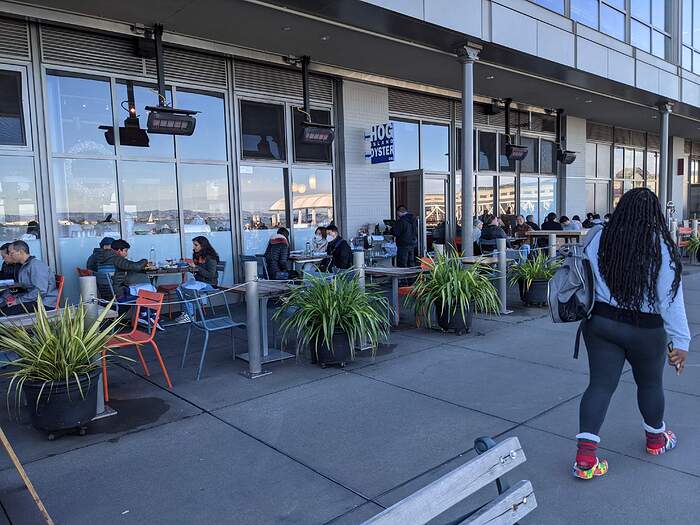 I work near Alioto-Lazio Fish Company on Jefferson Street, and they’re selling crabs for $9/lb live or $10/lb cooked. I bought a couple the other day, and they were HUGE and really tasty–probably the best crabs I’ve had in the Bay Area yet. And the woman who runs it was really good at packing them up in ice, as they had to live in my cooler bag in the work fridge for the whole day plus make it through a 90-minute commute home.

Yay! I’ve been reading conflicting stories but I’m going to jump on it.

Conflicting stories about the price, quality, or packing arrangements?

I read a story that said the season would be ending early, one that said the price point was in favor of a good season for the folks catching crabs, and another that said this was the best season in a long time (yours?).

I’m going to check out what I can get locally this week. For me that might be the bottom line.

Live crabs were 7.99/lb at 99 Ranch in El Cerrito on Saturday. I went back today to buy some, and they had gone up to 8.99. Got two and shelled them today. Average size, but plenty meaty. I haven’t tried them yet, other than a few nibbles when I was cracking, but they seem pretty sweet. And they were plentiful

Grabbed 3 at sunfat seafood this weekend for 8.99 lb. Steamed and cracked for dinner with sourdough hot outta the oven and grilled asparagus. Delicious!

Steamed in a wok. 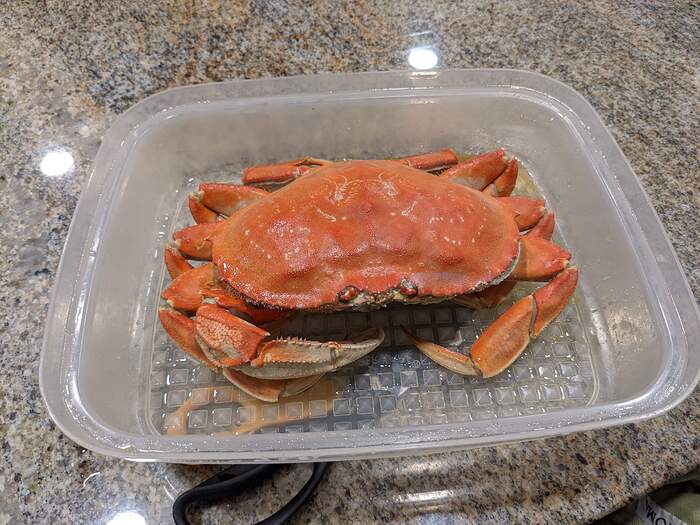 They fought like their lives depended on it, because they did!.

I watch videos of folks out them in steam and the crabs seem fine with it!

I would steam my live crabs for 18 minutes. Before going into the pot . I would give them thanks while pouring some beer on them . When done I would put them in the sink loaded with ice . No water . Chill completely. And then to the fridge on their side so any excess water will drain . I really miss that . I have to make a 9 hour round trip now for live crab. I refuse to buy those cooked ones .

I would steam my live crabs for 18 minutes

Does it matter what size? Is there a way to know they are done before you chill them? I usually go 12-15 but I saw a video by Andrew Zimmerman who said 25 minutes for huge ones, and extruded protein was one sign they were done.

Just look and say . " they will take this long " . Pound of a crab doesn’t make much sense. Less is best. Its going to be fabulous

Just look and say . " they will take this long " . Pound of a crab doesn’t make much sense. Less is best. Its going to be fabulous

Thank you! I will try saying that , but I don’t know what you mean by “pound of a crab doesn’t make sense” .

I can’t explain the physics, but lately I’ve been steaming one crab at a time.

FWIW, I always lean toward undercooking rather than over.

Of course the legs and claws are fine, and the body works fine if I’m cooking again as a crab cake or chili crab, but for crab salad, at 12 to 15 minutes, the body meat often seems translucent rather than an opaque white, which has a texture my family prefers.

Searching on the internet, seems like cooking to internal temperature of 110-140F is best. The more safety based sites will say 160F which I think will be too overcooked.

Thank you and welcome!