I finally bit the bullet and became a Costco member this year. I’m still trying to optimize my buying patterns, with an eye towards value, though of course I’m open to things available there that are more expensive but their quality makes them worthwhile. Also, most bulk aspects are lost on me, as I’m single and entertain about once a week for 3-4 guests.
My calculus of value is certainly not entirely logical–as an example, prior to Costco membership I had deemed Peets and Starbucks not worthy of my morning brewed cups of coffee with the beans generally cost $10-$13 per pound. As an alternative I’d buy local roasts like Scarlet City or Red Bay at ~$14/12 oz. But with the Columbian 3 lb Starbucks similar and the 2 lb “roasted by Starbucks for Costco” (only available at some locations) coming in at just under $5 per pound they are now my morning cup. I still buy local roasts occasionally for a more carefully made mealtime coffee, but the low price and good but not great are my go to for a wakeup cup.

So far, the biggest wins have been:
Cabot 3 year aged cheese, $5.99/lb. Best value in cheddar I’ve ever found, if you’re into aged cheddars. I don’t think this one has saved me much money, rather it has encouraged me to eat more cheese.
Prime tri-tip beef $7.49/lb. Well marbled, good on the grill, in stir fry, or in stews, making the ~3 lb packs easy enough to use.
Yogurt is another go-to. I only eat plain yogurt and my favorite is the Verka at $6.39 for 64 oz. It is rich and creamy and better than any yogurt I’ve ever made myself. It’s not available at my most frequented store, but I’m not horribly disappointed to buy good bargain Mountain High yogurt at $3.99/ 64 oz there. The Fage is also a good buy, but I’m not a huge fan of the nonfat, the only type offered.
Most wines with a $3 markdown. I haven’t found a go-to staple, but rotating through the reds with discounts has kept me happy in my bargain hunting. I do regularly buy the Kirkland Ti Point Marlborough Sauvignon Blanc. I’m not a huge Sauvignon Blanc fan, but the first time I bought it for cooking and we enjoyed the rest of it well enough that it is a clear solid choice for this purpose.
The nuts are a good deal, but most of the whole roasted nuts I’ve bought I prefer to buy from my local store Berkeley Bowl, even at more expensive prices, as I prefer the slightly better taste enough to pay the more expensive Berkeley Bowl prices. I’ve also found most of the Costco nuts to be a bit oversalted for my tastes. They’re all better than typical supermarket nuts, and a lot cheaper, so I’m just being a bit picky on this one. One dud were the Marcona Almonds from Costco. They were much cheaper than the Berkeley Bowl version, but not nearly as delicious. Dried fruits have generally been winners for me at Costco–prunes are super cheap.
Bulleit Bourbon $34.99 for 1.75 L
Season Sardines in olive oil recently on sale for 6x4.375oz packages for $6.99, still a good buy at regular price $9.99. Good enough for me to mix with avocado and eat as a salad or toast topping. The Genova tuna in olive oils also seems like a good deal.
Parmigiano Reggiano Stravecchio $10.49/lb.
Smoked salmon–I haven’t settled on which type is the best value for me. Currently I’m enjoying the wild King salmon, but remember liking the Norwegian slices that come with an unwanted lemon dill sauce slightly better.
Sundried tomato $8.99/ 35 oz jar in olive oil. I don’t like many sundried tomatoes. I like these.
Butter $8.99/ 4 lb. I put it in the freezer immediately, it will probably last me all year. It’s an especially good deal here in the Bay Area where it can be difficult to find supermarket butter under $5/lb.
Extra Virgin Olive Oil $11.99/2 L. I am on track to finish this before the butter.

So, what are your favorites? What am I missing? What should I not be tempted by?

I am totally with you on the nuts. They are better than Trader Joes in quality. We bought them for years until we finally moved on to roasting our own raw nuts from Whole Foods, which is a sizeable step up in quality and, unfortunately, price. Yes costco nuts are salty.

The chicken stock in tetrapak. Not better than homemade, but at that price, and maybe even double that I have not found better in other grocery stores. They actually taste like chicken when others sometime taste like water or veg broth. Convenient of course.

I have found huge variance in quality for marcona almonds in general- ranging from creamy wonder to wth-am-I-paying-extra for. I don’t remember the costco ones however.

We tend to skip the produce (only two of us) because it can be on the edge of freshness. My farmer friend in Maine says that Costco is ‘farmer friendly’ in that they scoop up crops that are too ripe for national distributors. I guess because they have a fine-grained national distribution system. I don’t know if this is true, but I do know that many products (peppers, greens) must often be consumed right away. (Oh! Oh! The Berkeley Bowl!! Lucky you!)

Naked Juice in large bottles. I like the green stuff. Too lazy to make my own juice (and unconvinced of the nutritional rationale behind juicing. I like to eat the whole veg.) But the green formula seems to help ward off colds in the season. Wish I knew why. It’s kinda magic.

Tillamook aged white cheddar $5/lb. jarlsbeg $5.55/lb Kirkland lamb and rice dog food $28/40 lbs. BTB…don’t remember the price but a jar about twice the size of the grocery store at half the price. Butter. Coffee beans as you mentioned. Canned tuna (look up Seafood Watch to see which is well rated). Fresh chicken is good for stock. Pacific brand organic soup in tetrapaks. A lot of paper goods, cleaning supplies, etc can be purchased at same or lower cost at Target so it’s a good idea to compare prices. Liquor and wine prices are state regulated for us so no deals.

I’m not longer a member (i moved and it’s not easy to get to/from) but my favorites were:
Bags of walnuts or pecans- not salted or roasted, sold by baking stuff. Great to toast/sat yourself and keep in the freezer.
Produce section seasonal finds like asparagus, raspberries, heirloom tomatoes
Flats of selter water and bottled water
The olive oil you mentioned
Keep an eye out in the cheese and prepared food fridge section for seasonal local items, i once found a fantastic baba ganoush that disappeared shortly thereafter

Blueberries, raspberries, and strawberries for regular breakfast, but I’ll get better quality at a farmers market for dessert. I’ve not had good luck with citrus or pineapple at CA Costcos. Off season, tomatoes are a good buy.

Cucumbers are a good deal.

The cookbooks are worth looking through, and have some surprise Bay Area specific ones. I picked up ATKs vegan cookbook for $20.

I find I buy less & less @ Costco since I became a member at Restaurant Depot. I buy butter, Majorca Coffee, Quaker Oats, Tomato Paste, Cheese, Ground Beef (sometimes), Onions & Smart Water. & books when they have something I want to read.

We have 2 locations near us, each carrying slightly different inventory. Now we are a family of 4, but even when it was just the two of us, we shopped Costco and came up with some creative storage solutions for the non-perishable items.

Our must buys:
Eggs – my husband eats low-carb/high-protein, so we go through a lot of eggs.
Parmegiano Reggiano – the only one I buy
Dubliner Irish Cheese – great for snacking
Babybel Cheese – great snack for school lunches
Wine – always pick up 2-3 bottles; good selection and good prices
Suja Green Juice – $3 cheaper than at Sprouts for the big bottle
Butter – both regular and the Kerrygold Irish butter
English cucumbers - 3 pack for $3.99
Sabra hummus - $5.99 for the big container
Meats – I buy almost all our pork and all our beef here. I break it down into small portions and freeze.
Paper goods – paper towels, TP and napkins

Have you tried the Hannah plain hummus that they carry? It’s a little high in the sodium department
but really delicious with a very slight lemon tone … it’s my favorite store brand hummus. 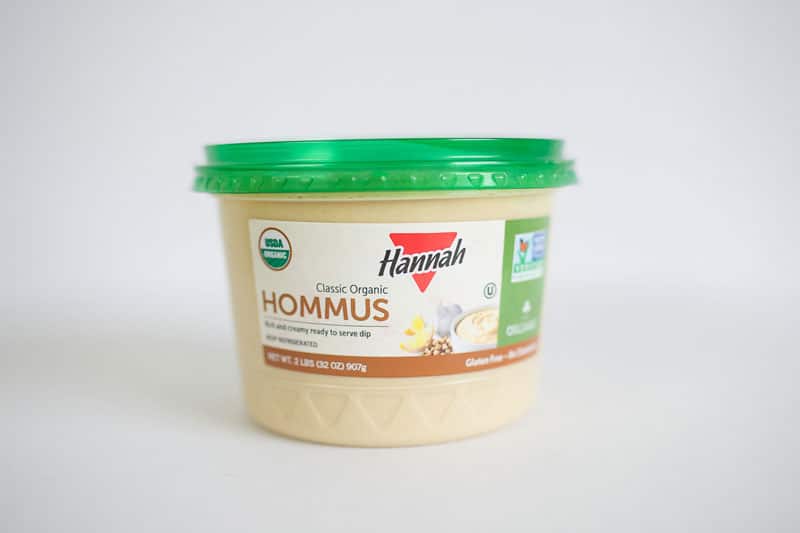 Acme bread at a lower cost. But you know that already.

Have you tried the Hannah plain hummus that they carry? It’s a little high in the sodium department
but really delicious with a very slight lemon tone … it’s my favorite store brand hummus.

I haven’t seen this brand at our local Costcos, but the offerings differ region by region too…

Our regulars at Costco:

Interesting how many recs on the Cabot cheddar. Will have to try. if OP likes aged, sharp cheddar with plenty of crystals, our family favorite is the Coastal brand at costco. Comes in a big block in whitish wax paper.

I’ve never seen Coastal cheese at our Costco. We go with the Tillamook aged.

In my buying, I’ve gotten the English Coastal, Cabot 3-year, and Dubliner at Costco and found the Cabot to be the sharpest, with equal or more inclusions than the English Coastal. The Dubliner is probably my 2nd favorite, but the flavor profile is a bit more buttery than sharp. I like the Tillamook for meltier varieties, but even their most aged is still a bit moist compared to the three mentioned above.
These are all based on my possibly inaccurate rememberances. A great thing about aged cheddar is that it keeps quite well, so I should do a blind tasting!!

“Inclusions”? So these are cheeses with fruit or other things in them?

Oops, by “inclusions” I mean the crystals formed in aged cheese 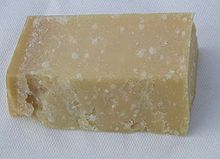 Cheese crystals are whitish, semi-solid to solid, slightly crunchy to gritty crystalline spots, granules, and aggregates that can form on the surface and inside of cheese. Cheese crystals are characteristic of many long-aged hard cheeses. Hard cheeses where cheese crystals are common and valued include comté, aged cheddar, grana cheeses like parmesan, grana padano, and Pecorino Romano, as well as old gouda. However, in some cheeses, like industrial cheddar, they are considered a production defe...

I haven’t been able to find the 3-year Cabot cheddar at either the San Leandro or Richmond stores in 2018. Does anyone know if it has been dropped? $5.79 a pound was a bit too good to be true, and was the staple that convinced me paying for a membership was worthwhile. I had thought the San Leandro cheese section was improving after buying a Lancashire before Christmas, but after New Year’s all cheese were compressed to one side of the chilled section. It did give me an opportunity to re-compare it to Kerrygold Dubliner head to head. While I like Dubliner, it is more rubbery and much less intense in flavor than then Cabot. So has anyone seen the Cabot around?
My go-to in the meat section has been the Prime tri-tip. It is versatile–it works well sautéed and braised. I’ve also been intrigued by the different findings at the Costco Business Center in Hayward. It’s definitely the place to go for larger primal cuts of meat, frozen whole lamb or goat, large canned goods, or disposable to-go food containers. If you’re hosting a large event it is definitely worth checking out.