Ratnagiri on Canal Row has been feeding Colombo’s hungry office workers since 1934. We decided to skip our hotel breakfast one morning to give this 85-year-old joint, long a hangout for the city’s journalists and newspaper folks, a try, as we really wanted to know what locals here eat before they start their day. 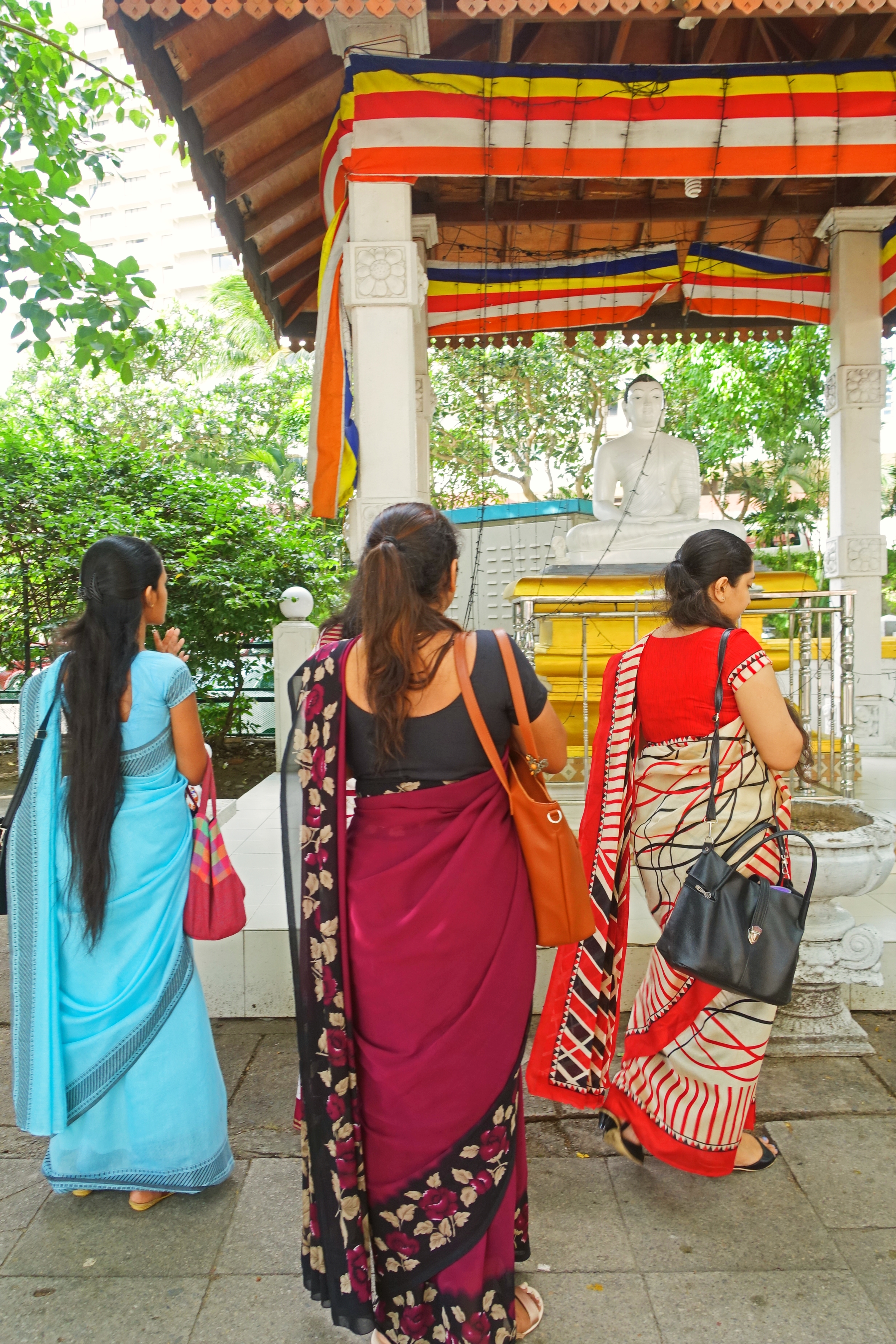 It was opposite that little Buddhist shrine that we chanced upon this very popular 85-year-old eatery, and decided to go inside and join the queue to order our food: 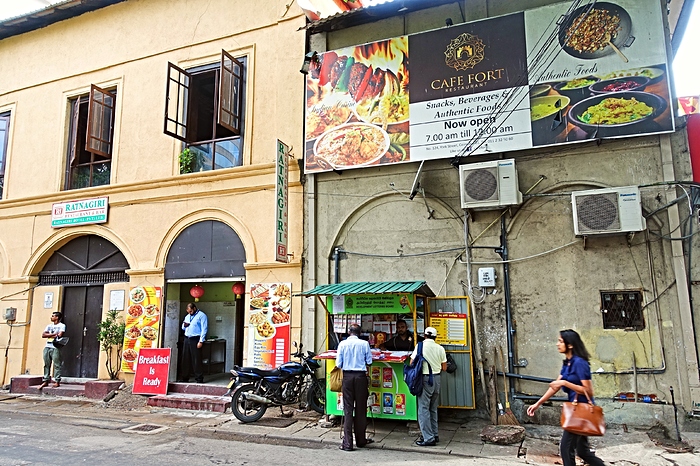 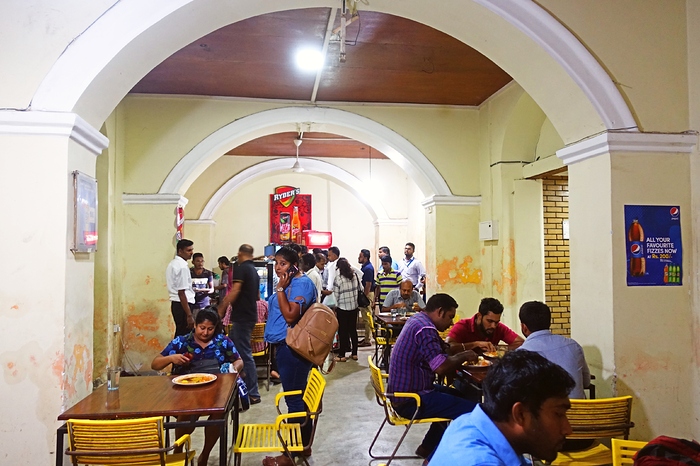 Both dishes were simple but quite filling. Service went on with clockwork efficiency - when your turn comes, choose your main carb (idiyappam, idli, rice, parotta or thosai) and point to the side-dishes/curries you want. Your order will be handed over to you and you bring it over to the cashier for him to tally the total amount for you to pay, before you bring your breakfast plate to your table. 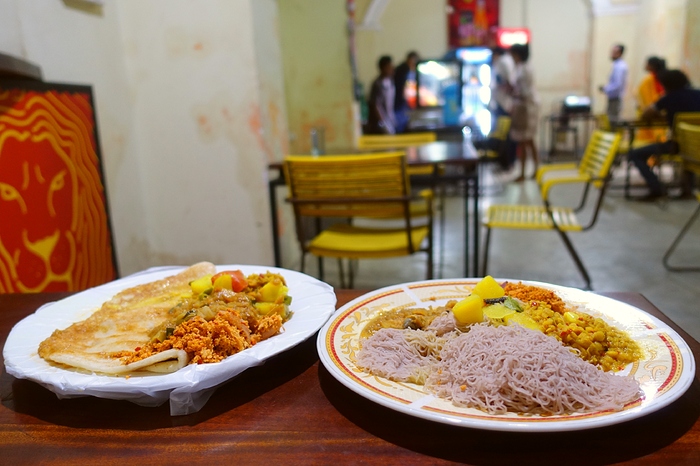 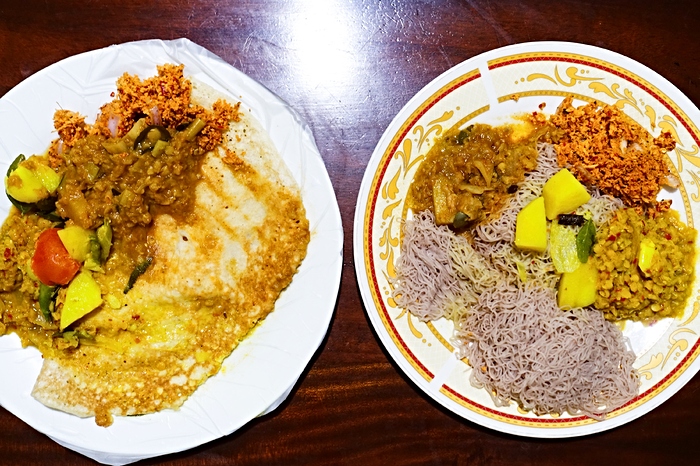 Everything tasted superb - I can see why this place is into its ninth decade of operation. Stunning but derelict colonial architecture - you wonder what to make of the ambience of this place. 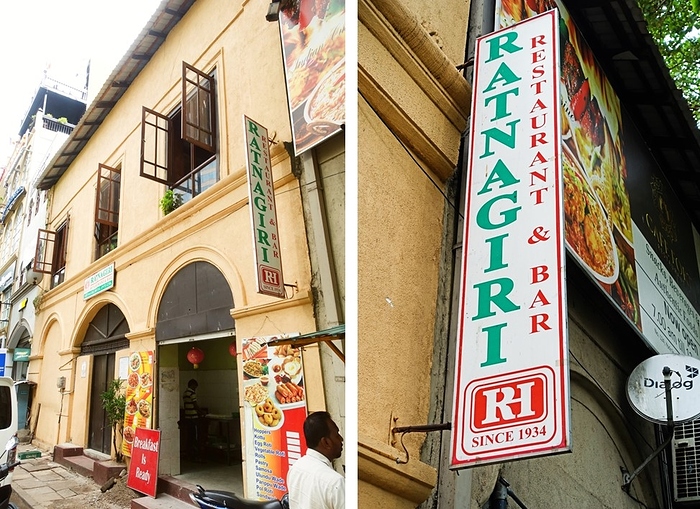 So similar to South Indian breakfasts, but I think spicier? Your meals are inspiring me to try making something Sri Lankan! (Though it might be easier to go to Staten Island and eat at one of the Sri Lankan places

So similar to South Indian breakfasts, but I think spicier?

Very much spicier - Sri Lankans must have tongues like leather!

Great pics. What gives the noodles that color?

What gives the noodles that color? 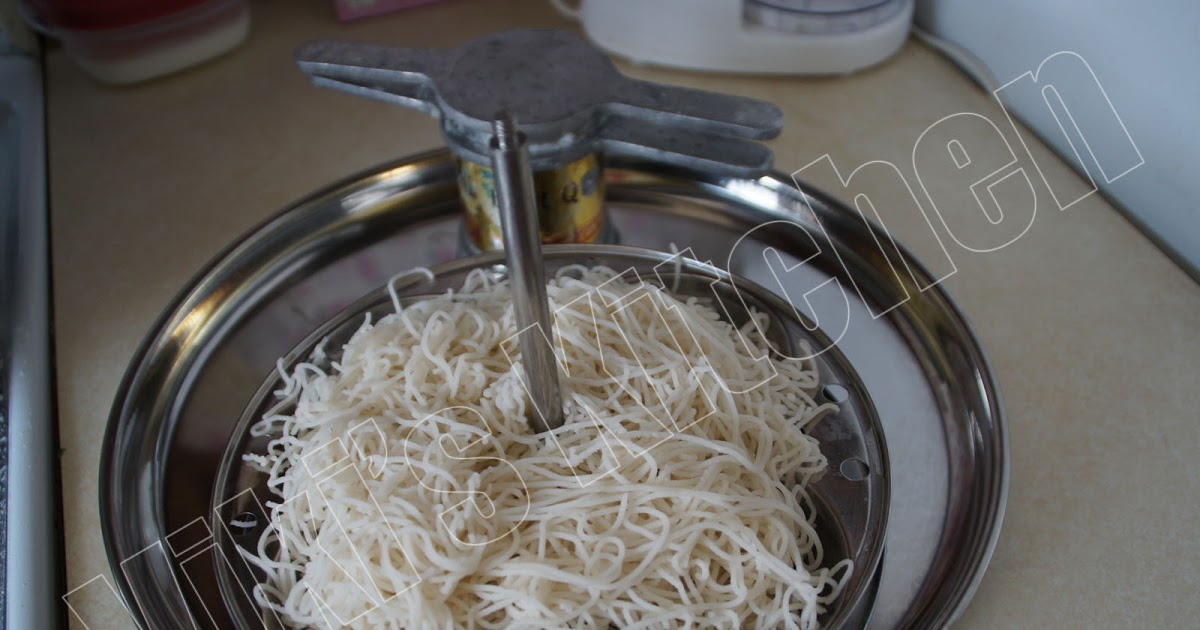 I don't know what took me so long to post this dish. Idiyappam is a very popular main course dish in South India, next to Idly. Idiyappam is...

I would have guessed millet (ragi/nachni) flour added at home, but red rice would be more economical for a restaurant.

Wonderful, thanks for the info. I’m always looking to learn about food from other regions. Cheers

I would have guessed millet (ragi/nachni) flour added at home, but red rice would be more economical for a restaurant.

The first time I had reddish-brown idiyappam, it was at Nagas, a popular South Indian eatery in Kuala Lumpur. I’d thought it was going to be cocoa- or chocolate-flavoured, but no. 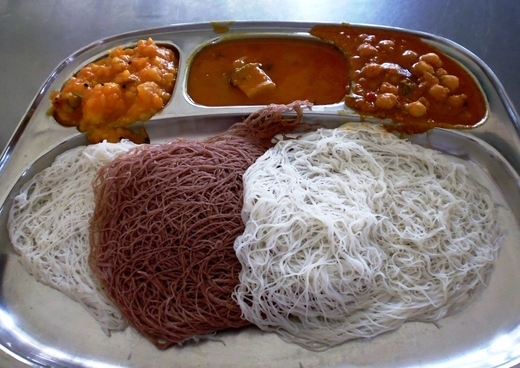 Haha
I was skeptical when I tried ragi idlis, but they are delicious!

I’ve actually not eaten a lot of idiappams at restaurants… conceptually it’s interesting to eat noodles - by hand - with a gravy.

conceptually it’s interesting to eat noodles - by hand - with a gravy.

Penang’s Little India district hosts a very interesting Ramadhan bazaar each year, organised by the Muslim League. One of the best food items there (yup, I ate thru’ virtually every stall there during the month-long Ramadhan period) is a biryani dish cooked using idiyappam, which is called putu mayam or putu mayong in Malaysia and Singapore. It’s to-die for.

Oh man that sounds amazing! I remember eating Ramadan food in India - it really was a treat, unlike anything else available all year.

I think there might be better concentrated representation of South Indian regional food in SE Asia than anywhere, given worker migration. I hear the Bay Area has gotten more of it in the past decade, but I haven’t explored recently.

I think there might be better concentrated representation of South Indian regional food in SE Asia than anywhere, given worker migration.

Yes, historically, large numbers of Tamils migrated to then-Malaya en masse during the British Raj period in the 19th-century when the British also needed manpower to develop British-Malaya. Consequently, Malaysia/Singapore has a large, indigenised Tamil population (6% of the total population in both countries) and Malaysians/Singaporeans of any ethnic group are familiar with Tamilian food, culture & lifestyle. I grow up with Tamil friends, Tamil teachers, eating Tamil food, the works. In Singapore, Tamil is also one of the 4 official languages of the country, besides English, Mandarin and Malay. Jaffna-Tamils from Sri Lanka are also very much part of our social fabric.

Besides the Tamils, Punjabis, Gujeratis, Bengalis, Malayalees and Telugus are present in Malaysia and Singapore in significant numbers historically. All these cultures contribute very much to our national identity/psyche.