About fifteen of us met up at King Tsin in Berkeley. The restaurant was recently acquired by some China Village staff, including one of the old chefs, and while they’ve kept some of the old Cantonese dishes, they’re focusing on Szechuan and Hunan now.

We took up two tables. Table one had

Several of the dishes that one table ordered were shared with the other table, so everyone pretty much got a taste of everything. People will probably be along to post photos (I didn’t take any).

Everything was excellent and right up there with China Village. Some dishes that we knew from CV were even better, in my opinion the thousand-chili fish filet and the braised pork shoulder. There was a depth in most of the sauces, especially the mouth-watering chicken which tasted like they used a wine reduction in the sauce.

The bill per person at table one was $32 including tip. I didn’t record the table two charges.

In all, this is a great new addition to the East Bay Chinese scene. We had a great time seeing each other (again), and we left hoping the energy is still here in the future for these get-togethers.

It was good to meet everyone and put some faces to the names.
And don’t forget the 1000 chili soup ! 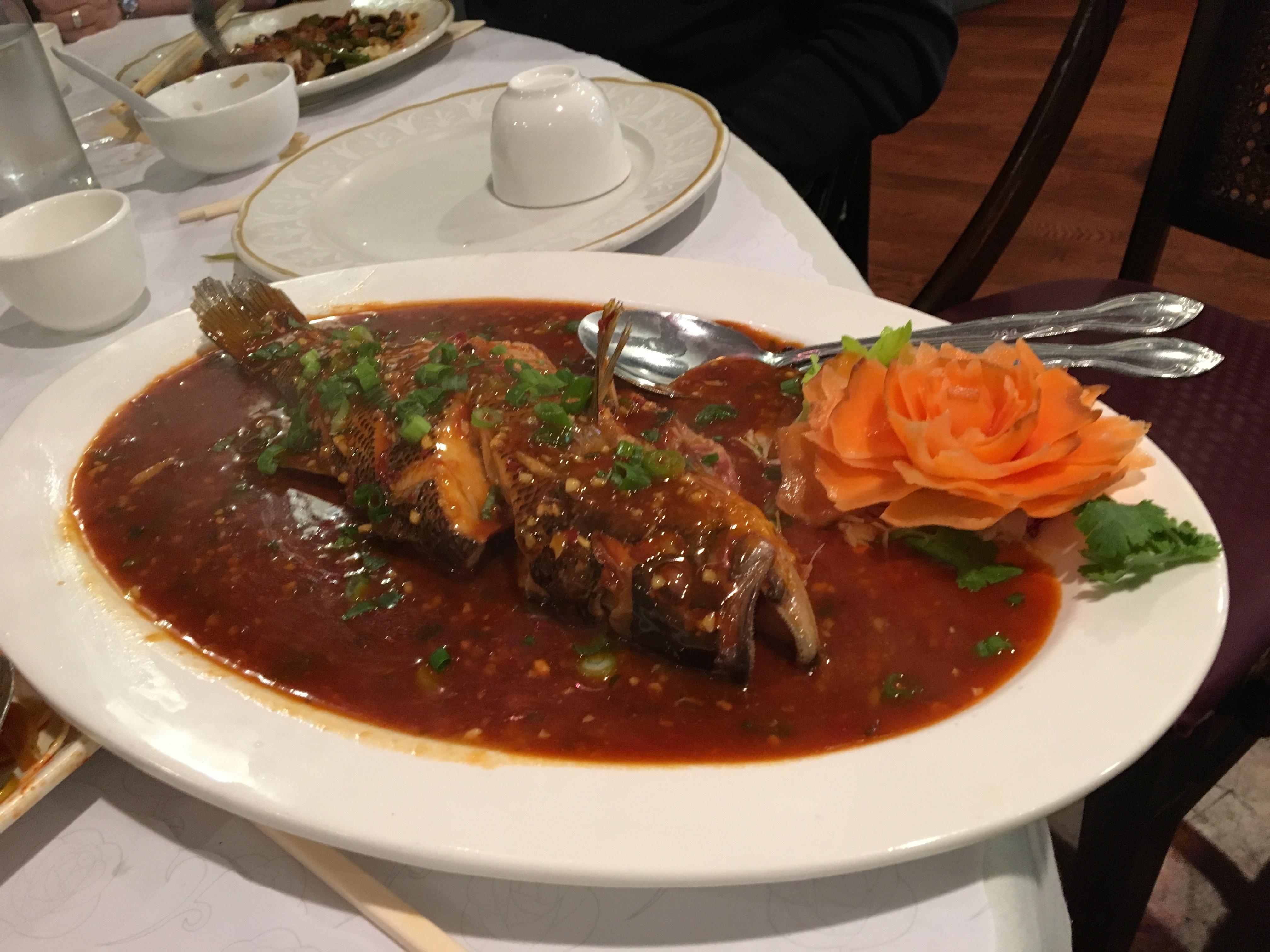 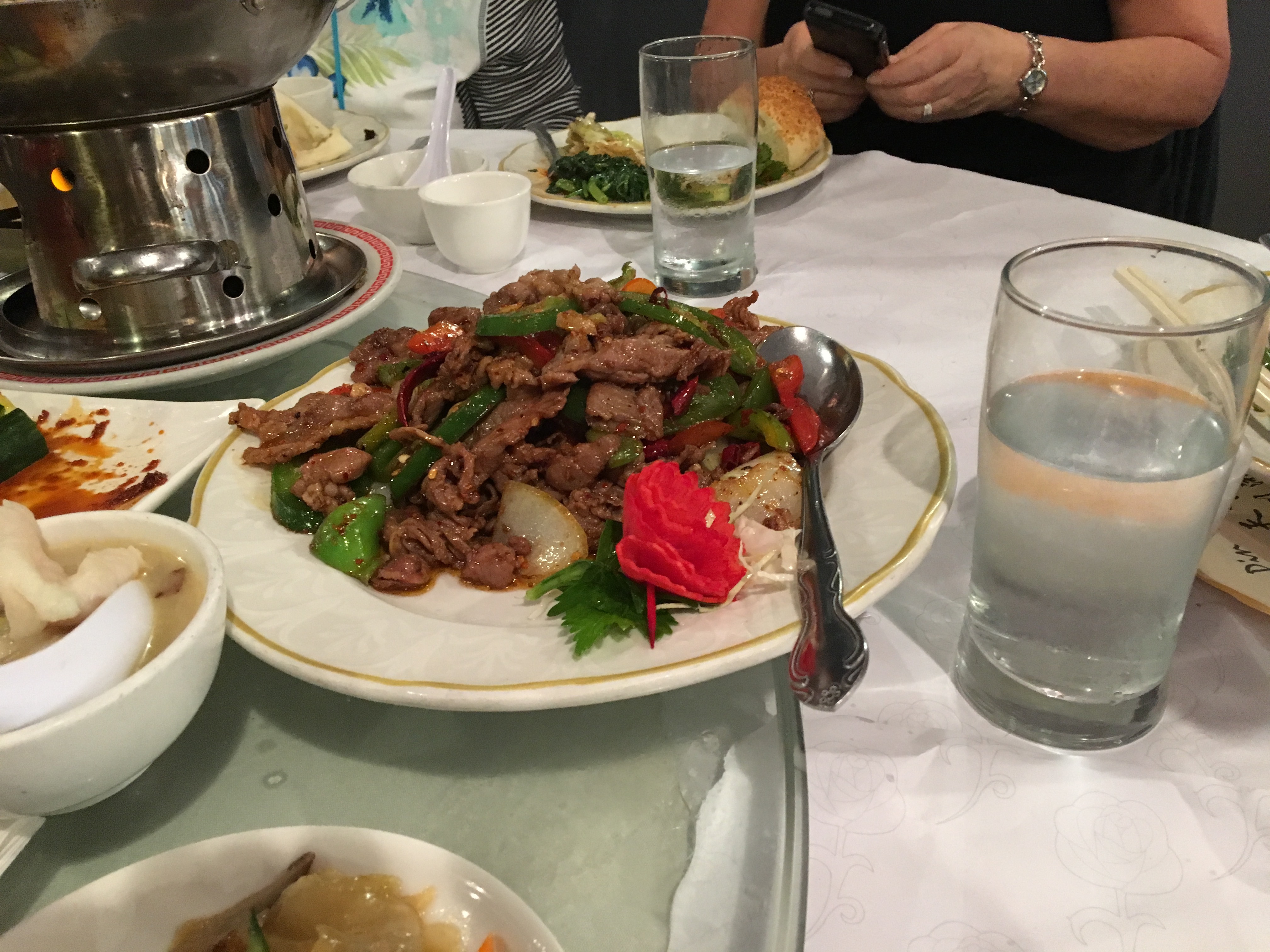 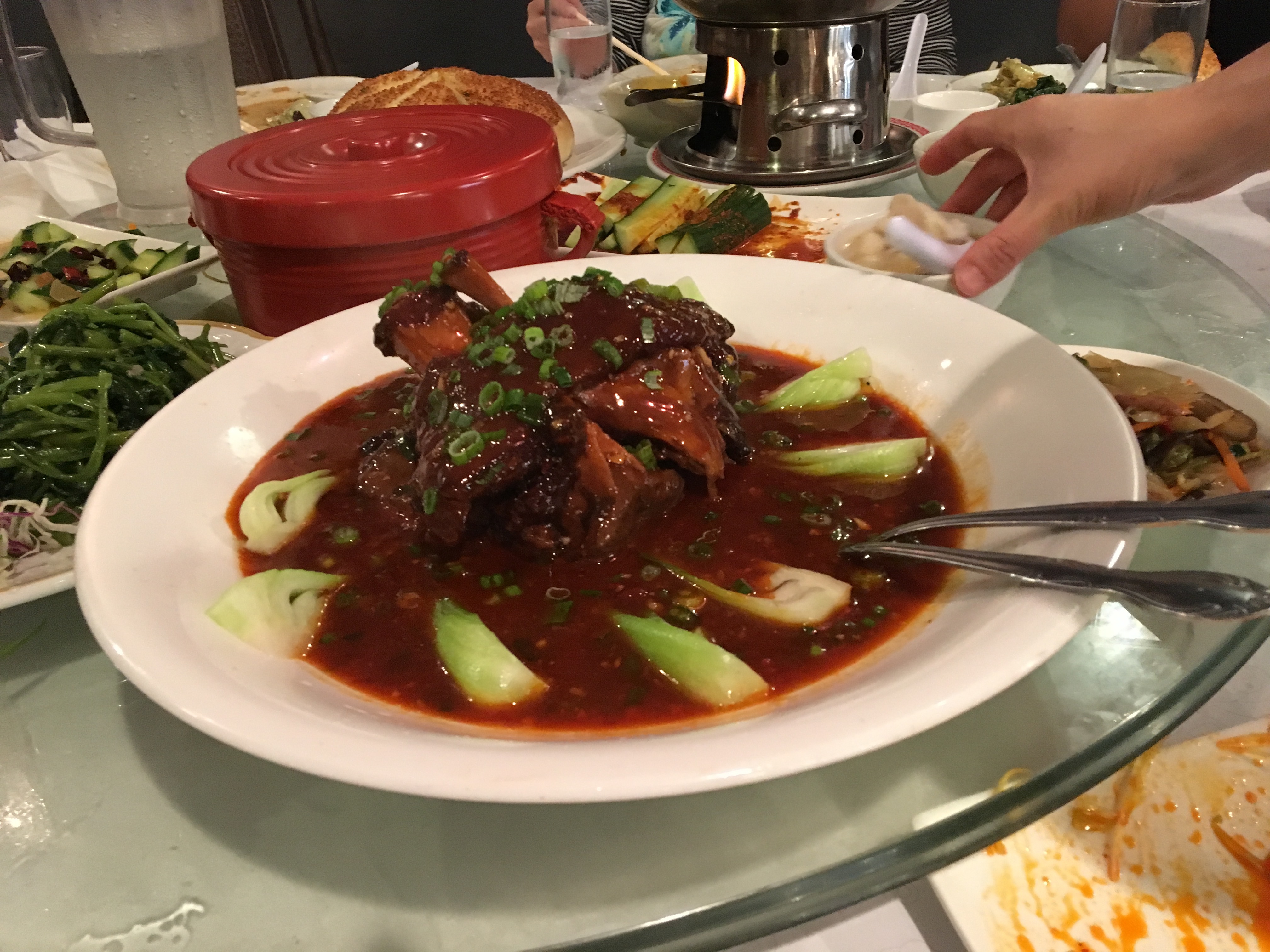 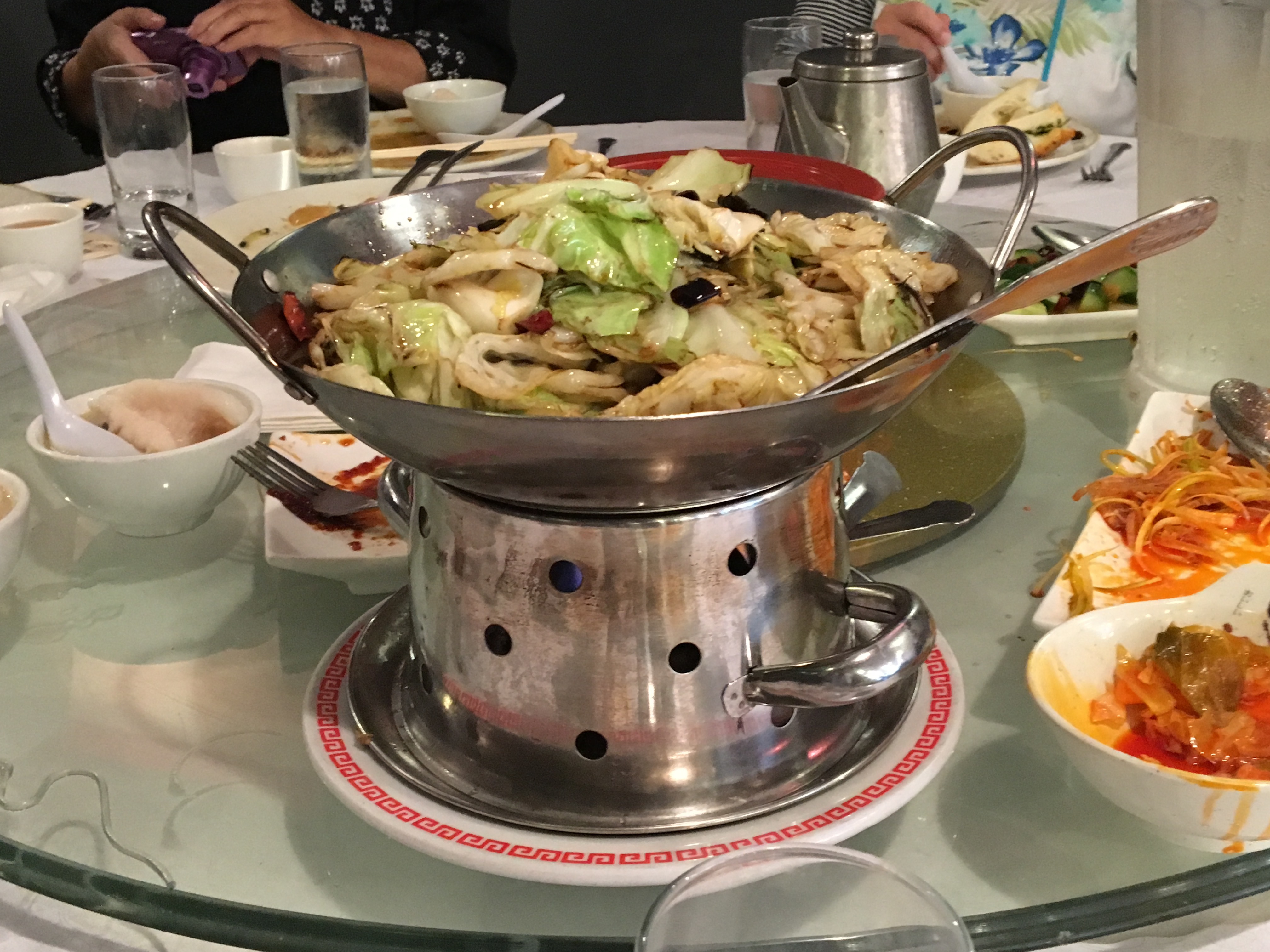 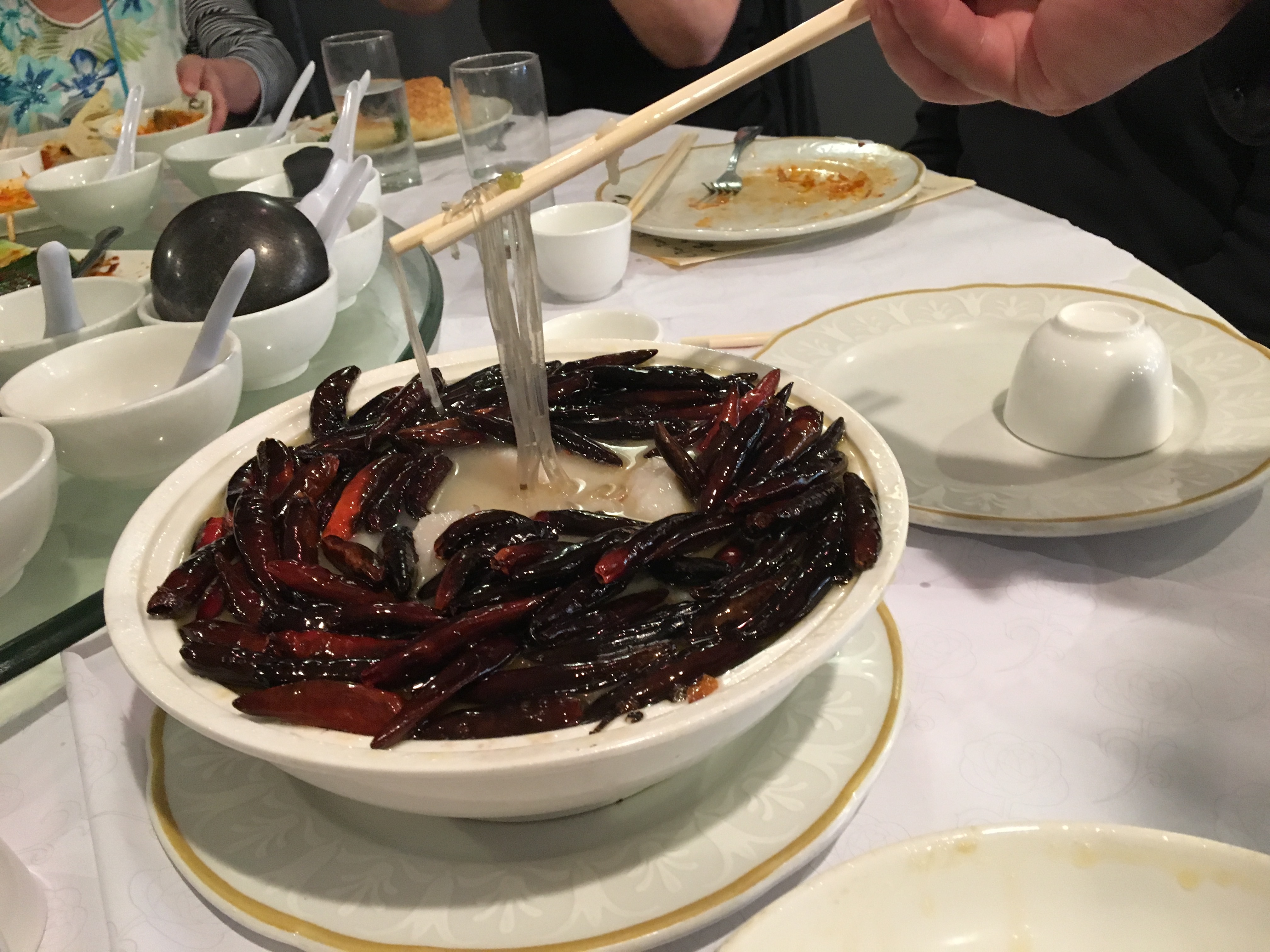 Having an issue with the photos

By the way, if you’re new, or have always wondered how to be informed about chowdowns, the emails are sent out through yahoo groups. Once a member, you, too could organize your own chowdown by emailing the group.
Here are the URLs of the Bay Area groups:

Thanks for organizing, Ernie, it was great!

A very enjoyable meal, thanks for organizing Ernie! Good to meet you & everyone else. Also good to reconnect with Al in Fairfax!

Favorites for me were the Double Skin (#16 on the take out menu, Rainbow Hot & Cold Salad), the Spicy Chili Pepper Fish Filet Soup (#23 on the take out menu) and the Charred Cabbage (#181). I liked the Spicy Szechuan Beef Tendon (#6) and the Thinly Sliced Spicy Pig Ears (#7) too. The Cumin Lamb (#112) was a nice version, good cumin flavor & tender.

I can’t say enough about the Spicy Chili Pepper Fish filet in chicken broth - that was one of the most flavorful broths ever. Would be the perfect soup on a cold wintry day.

Apologies for my poor photography! 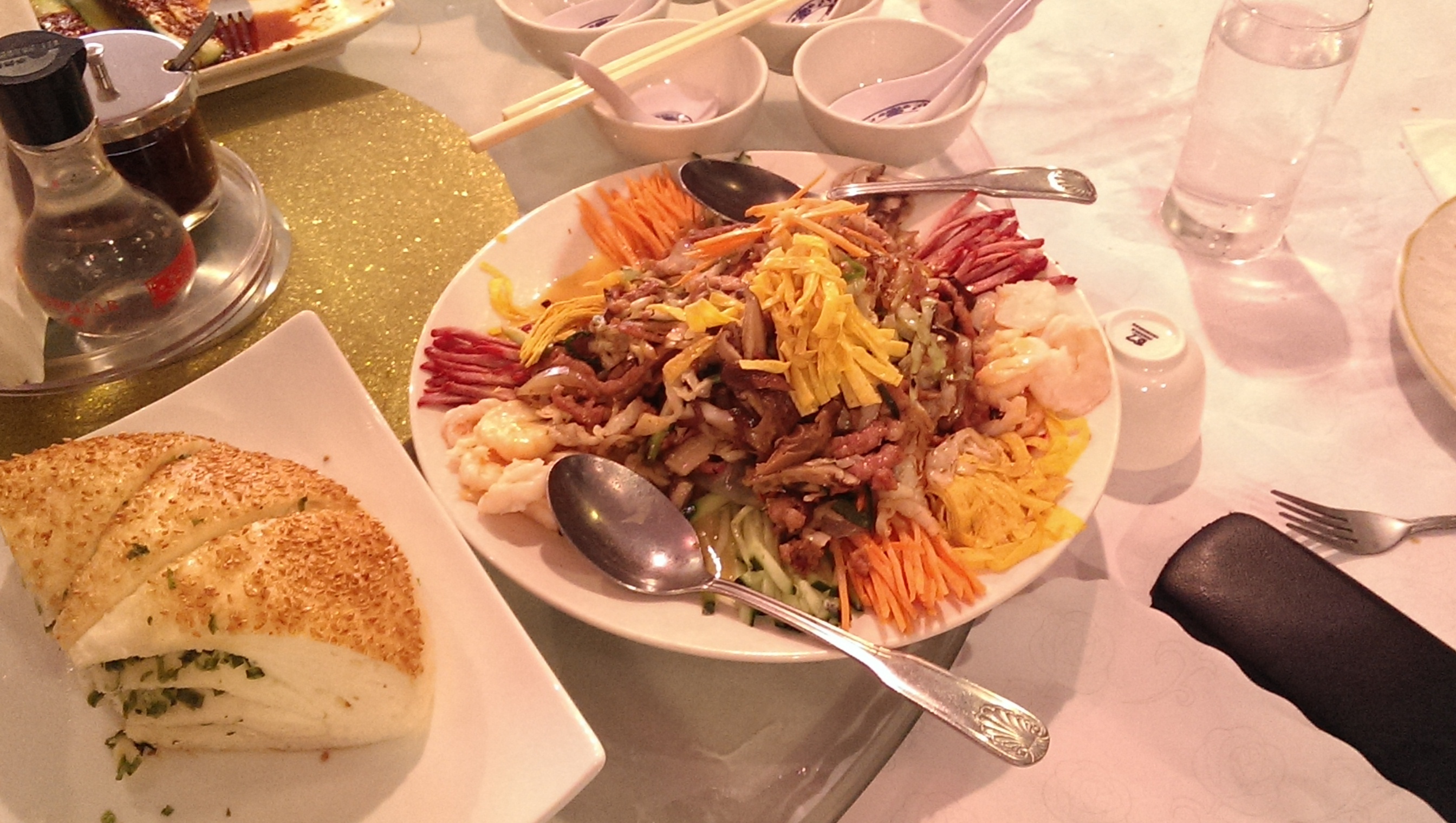 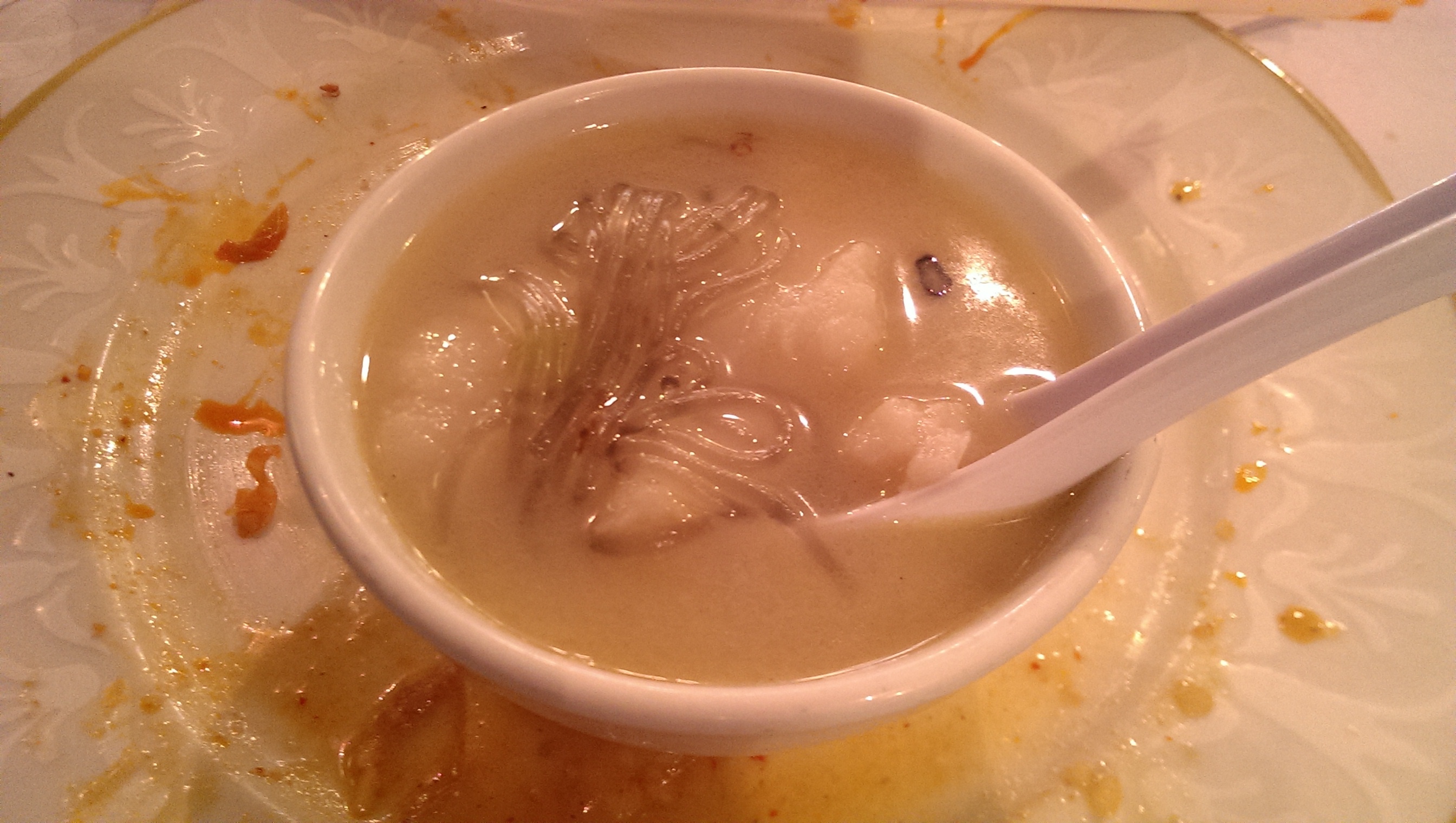 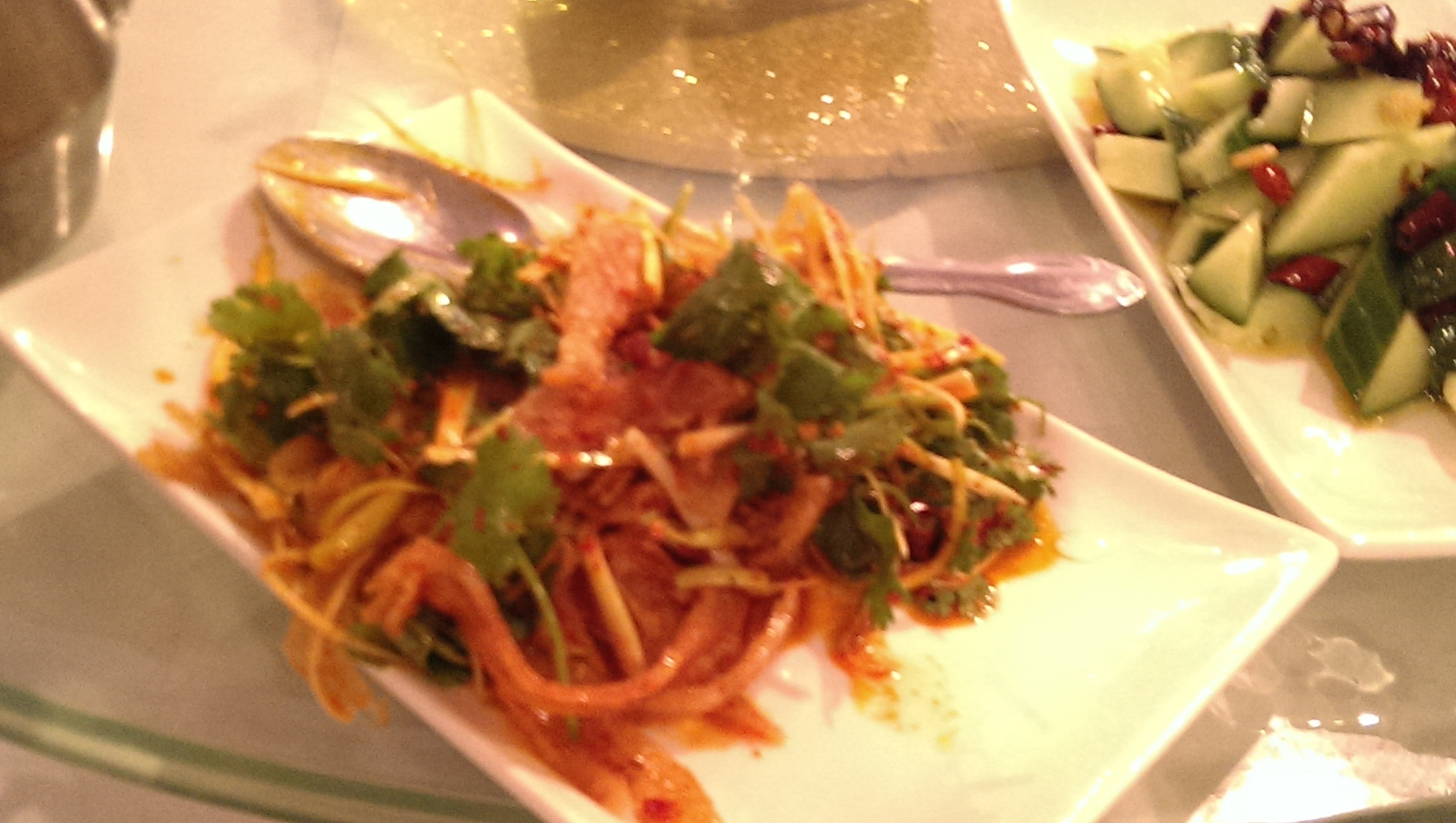 When did KIng Tsin go Sichuan? The last time ate there (granted it was more than 40 years ago) it was hardcore Cantonese.

A few months ago. Some former China Village Village people saw that it was available and picked it up. I think they’ve kept lots of Cantonese dishes. Check the menu online.

Sorry we had to miss this, looks wonderful! we are huge fans of CV, so hopefully we’ll make it over to KS sometime soon.

The hit of the meal at Table One was the Rainbow Salad (Double skin), a mix of warm and cold goodies in a mustardy dressing. Warm and cold pork, wide translucent mung beans, carrots, cucumbers, tofu strips, shrimp and fungus provided a delightful crunchy mix of flavors and textures.

Five out of eight of us at Table One bought extra double skin to take home. Unfortunately it doesn’t travel that well. After a few hours in my fridge the mung beans hardened and stuck together in a mass. Tossing it as soon as I got it would have helped keep the noodles separate.

The Thousand-chili fish filet was also a big hit, with a wonderfully flavorful chicken broth.

One of the dishes from Table Two (I think it was the Mouth-watering chicken) had a really nice red oily sauce and lots of Szechuan peppercorn tingle.

All of the above were truly excellent. I also liked the above-average cumin lamb. I’m not a big fan of the crispy lamb skewers that often just seem dried out to me, but this dish with tender thin slices of lamb was very satisfying.

Most of the rest of the dishes were pretty good but nothing special.

I thought the Sea Bass was muddy, though nicely cooked with a decent sauce.

The cucumber in the appetizers were sliced in thick pieces which prevented the sauce from mixing with the mass of plain cucumber. I prefer cucumber smashed or thinly sliced to allow flavors to penetrate.

The pigs’ ears and beef tendon weren’t bad, but not as good as most I have had. I prefer the versions at Town of Dumpling in San Carlos or I-Dumpling in RWC. Terra Cotta Warrior in SF has great pig’s ears.

Melanie’s Riesling was a great choice for the cuisine, able to stand up to the bold flavors.

All in all it was a very satisfying meal with some real standout dishes. Thanks to Ernie for organizing and to everyone for the enjoyable company.

Thanks for the report and the photos! Visually at least they certainly look up to par with China Village. How was the Double Skin in comparison to Great China’s rendition?

Gee, I’ve been there about 30 years ago.

It was definitely around before 1971, when I moved back to SF from Albany Village.

There was also Sichuan Restaurant on Solano around the same time called O Mei (Or some such spelling for Emei). It was the first Sichuanese restaurant I’d ever been in, and the first time I’d ever seen “Strange Taste Chicken” on a menu.

It was great to meet so many people who had just been screen names for me before. Thanks Ernie for organizing this.

All the food was very good but 3 dishes made be stop and go WOW. The spicy charred cabbage - sweet and smoky, spicy chili pepper (1000 chilies) fish fillet soup - the broth was outstanding, and the rainbow salad - the dressing sang of hot mustard.

I’d love to go back to try more of the menu, the UMAMI frog is calling me.

Thanks to this Chowdown summary, we had a great meal at King Tsin last night. We ordered the rainbow salad, charred cabbage, sesame bread, and cumin lamb based on the feedback. We also ordered the spicy tofu skins (loved!) and the zha jiang mian (someone at the table really wanted it, but this is not the place for that dish - don’t order it.) They also gave us a complimentary sweet red bean pancake for dessert.

I enjoyed the double skin, but prefer Great China’s version. Great China’s comes with sea cucumber, the pork has more wok hei and some garlic flavor, and the mustard sauce is more pronounced. The mung bean sheets are usually a bit firmer and more distinct, too. Though I wouldn’t hesitate to order King Tsin’s again. I went to a potluck recently where someone brought a takeout version from Ancient Szechuan that held up surprisingly well to packaging.

Thanks tm. That detail helps. No sea cucumber is disappointing.