The appearance of chef Kathy Fang on Chopped got me wondering about her six year old restaurant, Fang, in SoMa. It’s an offshoot of her father, Peter Fang’s, House of Nanking, and the menu has more contemporary, fusiony touches. Are any of her adaptations of traditional dishes, or fusiony creations, worth a try? Personally, I’m not a fan of House of Nanking’s overly sweet food, but I’ll give the Fangs credit for creating new dishes and continuing to bring in crowds.

I learned there was a Chinese only menu too when I popped in (but didn’t eat), and there are previous incarnations on yelp photos. The servers said there were a few Shanghainese dishes that weren’t on the English menu, but I can’t make out the handwriting. Can someone who reads Chinese take a look and let us know if there any obscure dishes in the mix? I can make out the, fairly common, (Sichuan) water boiled fish.

Btw, The XLB depicted on yelp pictures look machine made, which is popular, especially at non-Shanghainese restaurants. 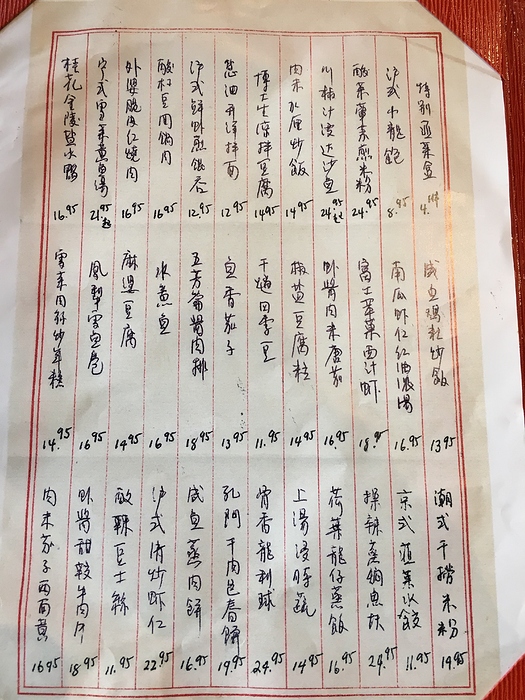 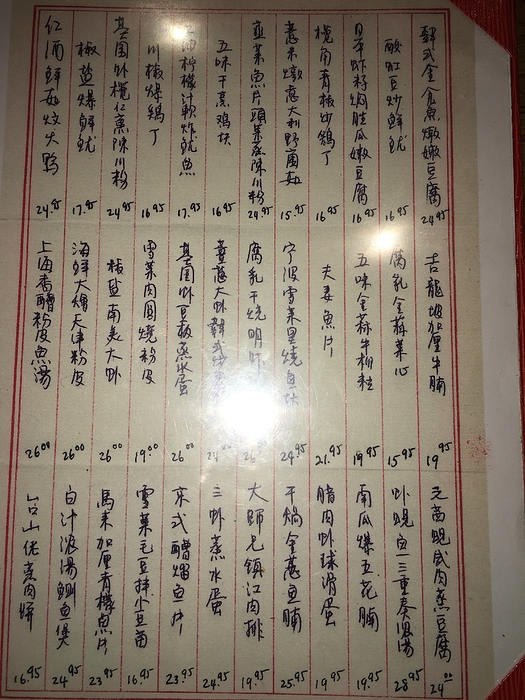 Patricia Unterman liked them when they opened. Some old Chowhound posts:

I can read it (and great calligraphy, btw), but my challenge is figuring out which dish is Shanghainese or not since the dishes come from all over China- Shanghai, Beijing, Ningbo, Sichuan, Canton, etc. Some or them are explicitly identified as Shanghainese in the dish name, e.g. pic 1, top row, 5th (left to right), pic 2, 2nd row, 1st. For the ones that aren’t identified with the region explicitly, its harder, for me, to tell whether a specific dish is obscure Shanghainese or just from other regions.

The names all sound pretty enticing, to me, on paper. If I go purely by how the dishes are named and the calligraphy (because that combination tells me their Chinese menu is serious enough that its not a dumbed down one), I would eat there. But then again its affiliated with House of Nanking so that gives me pause. The question is whether they can deliver across the board or whether they can tell you the few dishes that stand out from the crowd and worth a try.

Without knowing Nanking connection, we ate there a few years ago as the best weekend afternoon choice close by SFMOMA before the expansion construction so expectations were not heightened as new menu might suggest. We’d return to the nice room even without a specific menu memory in mind. It’s a busy weekday lunch destination for nearby offices.

Thanks for taking a look! I’m interested to hear about dishes that derive from wherever, not just Shanghai. Yelp reviews mention the Chinese menu, but don’t give specific dish recommendations. FWIW, I haven’t seen Fang listed on Chinese language websites I occasionally browse (dianping or sayweee).