the fat Elvis, the fat Dad and the fat Fillipino

BTW if I recall correctly the fat Fillipino was actually banned by the Rutgers administration for being racially offensive… Of course ban anything and it becomes my favorite.

I want to hear about the fat @NotJrvedivici

A Luger porterhouse for two, rare, with a lobster tail, meat balls n red gravy, and tsatziki on garlic bread, hold the Mayo I’m on a diet.

I probably shouldn’t admit this but I worked on an RU grease truck back in the day but it was just before fat sandwiches really became a thing.

They may not be official ‘fat’ sandwiches, but Speakeatery in Asbury Park does a lot of BIG sandwiches with great ingredients… Not open late, though. http://www.thespeakeatery.com

When my daughter was in college at Pitt there was a place around the corner from her called ‘Fuel & Fuddle’. They featured a ‘Big-Ass Fish Sandwich’. I don’t know if you’d call it fat but it was huge.

I didn’t know there was any competition for Primanti`s in Pittsburgh!

Wow I actually found a good one, scala’s in long branch. I dusted this half off in the blink of any eye… 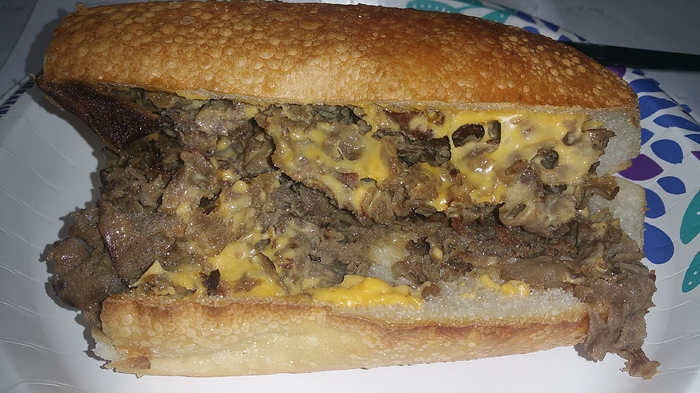 Everybody raves about the Cheesesteaks @ Mogos (?) in Asbury Park although I have not been there as yet.

I love Scala’s. One of favorite pizza places in the area.

Yes it is definitely a good spot. I think rocafellers takes the gold medal when it comes to LB pizza though.

Half pomodoro rosso…too dry but decent 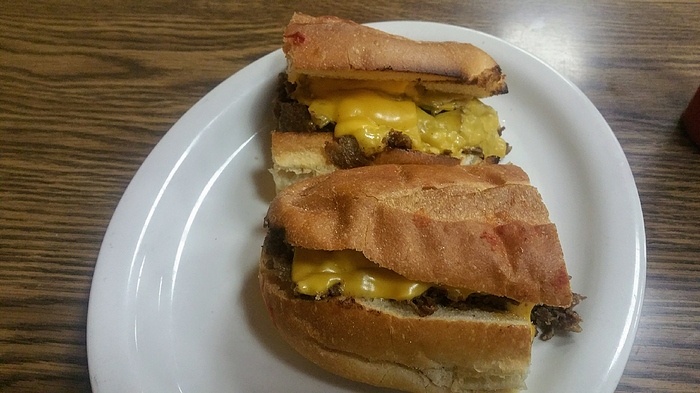 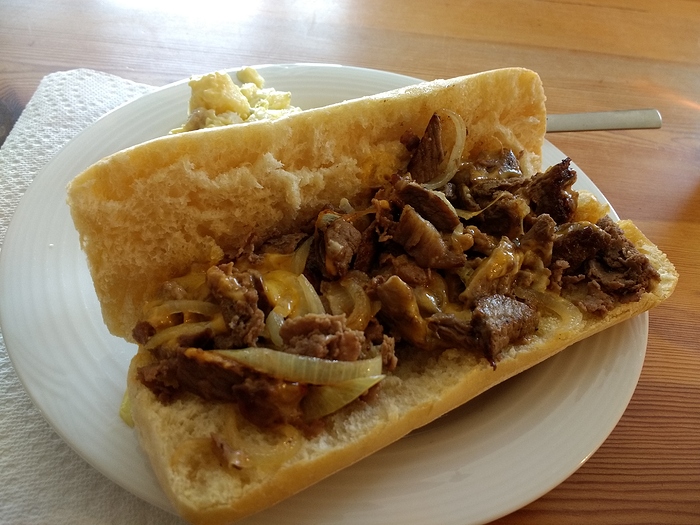 I have to say that I think it is the meat juices soaking into the roll that are the key to a good cheese steak.

Ugh I can’t stand steakums. There are a lot better frozen alternatives. Try steak eze. They are ten times better than steakums.

The last time I tried steakums they had this… awful rancid odor. Is that normal? I don’t remember them being that terrible.

I have no clue. I won’t even eat them. The last time I had any they were stuffed into some fat sandwich so it wasn’t that bad

There is another brand better than steak Eze but I forgot the name. those steak Eze are half decent.

Well I combined the offending article with some leftover NY Strip steak sliced thinly and it made a decent sandwich. No rancid taste. Only thing they had at Foodtown yesterday.

They do generate a lot of juice, though.

The Philadelphia brand you can get at Acme is ok, but I kind of agree with both of you that none of the preprocessed frozen sandwich steaks are really “good”. 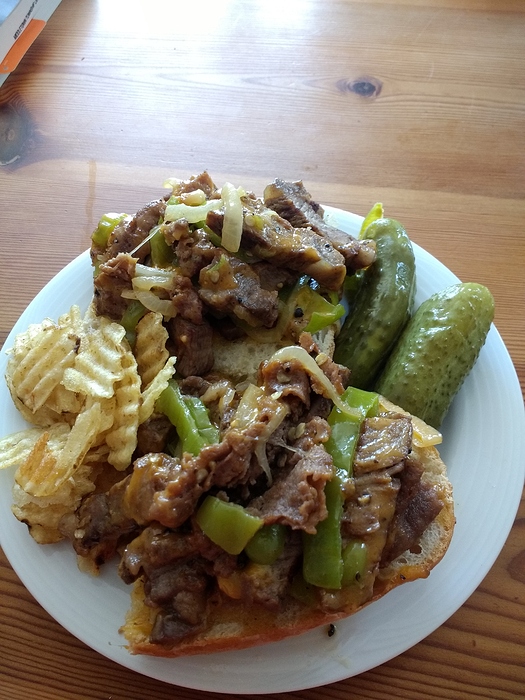 How about cheesesteak pizza? Has anyone had any good stuff lately? Much like a regular sandwich, I find most places can’t get this right at all.

I’m pretty sure your guy at Tre Calore has one, but I haven’t tried it. Fratellis too.

Otherwise they are hard to find around here, unless you count Dominoes as pizza.

To go a little off topic where are the places in NJ or NYC that make what you all would consider a good Philly-style pork sandwich (like John’s Roast Pork)? I like them more than cheesesteaks.