Alright so the weather is getting a little cooler and let’s face it, we probably won’t be eating as many dogs and burgers. Let’s talk cheese steaks.

The post about Prime13 lead me to look at their menu and I noticed they have cheese steak eggrolls. A few local spots I like are attilios in long branch, umbertos in fair haven, pomodorro rosso in Atlantic highlands, tre calore in middletown, AND PHILLYS in Atlantic highlands has a decent steak that I get with wiz. None of these places have mastered the art of cheese steak, but nonetheless they are decent. Some places I’ve tried are just god awful. Steakums? Lol

Thank you for this. I fucking love Cheese steaks but I hate that you never know when you’re gonna be served a piece of garbage steakum cheese steak. I’m talking about ones that look like this kind of bullshit: 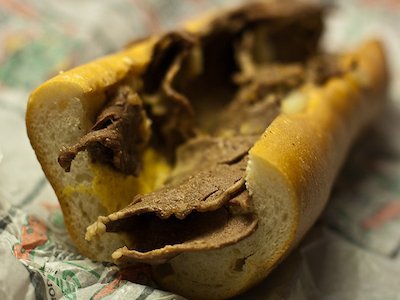 Ain’t no amount of bullshit photo techniques saving that turd.

I do remember enjoying the cheese steak at Attillios but I’m just not in the habit of going to pizza places for cheese steaks. The only place I have ample cheese steak experience locally is Nelly’s, and their’s is just fine, and becomes pretty damned good with the right level of inebriation.

Joon you’re telling me. Some places serve you steaks with mozzarella and to boot the meat sucks. I don’t get it.

HO road trip to Cosmi’s deli in south philly for a cheesesteak diavolo.

Seal, any local renditions of this?

CJ my friend, as with most of us I’ve eaten a lot of cheesesteaks all over, and not only is there nothing like this locally, but I can count on one hand the number of “hot” cheesesteaks I’ve seen that even come close.

Ah I see. Are there any cheesesteak trucks around here?

Rockafellers in long branch does a pretty decent buffalo chicken cheesesteak if you’re in the area.

Fyi…There is a Monmouth beach “food truck takeover” coming soon. I saw a sign for it.

Love a good steak sandwich. From what I have seen in the Philly area, there are 2 cuts of meat commonly used, Rib or Sirloin. I prefer the rib. Then there are 2 ways it comes.

First and most common is shredded meat that is factory pressed into thin sheets that are then pressed together and sold in 10lb cases of varying serving weights by ounces. Usually avail marinated & unmarinated. (Pumped or not pumped)

Second is extremely thin sliced meat from no roll (ungraded) rib or sirloin sub primals . IMHO, this is the best.

Most places use the former because the protein itself is cheaper, the cases stack very efficiently in the cooler & there is no slicing labor or slicer maintenance.

Steakums don’t even taste like meat & I think they are mostly a retail supermarket product.

I have yet to find a decent cheesesteak in our area, which is surprising. There are some good ones further south along the shore and in the Princeton area. Just doesn’t seem to be a thing around here.

Btw that may be the first time that Attilios and decent have been mentioned in the same sentence.

It’s ok…not great but I like them. I’m talking about the one next to shoprite in west long branch…not Lincroft. They use American cheese and don’t use Steakums so right there that puts them toward the top of the list lol. Do you know of any good ones around monmouth?

Haven’t been to Attilios in a while but they used to be my go-to neighborhood Italian dive spot. They changed owners a little while back and started going a little down hill, hope they’re doing better now. 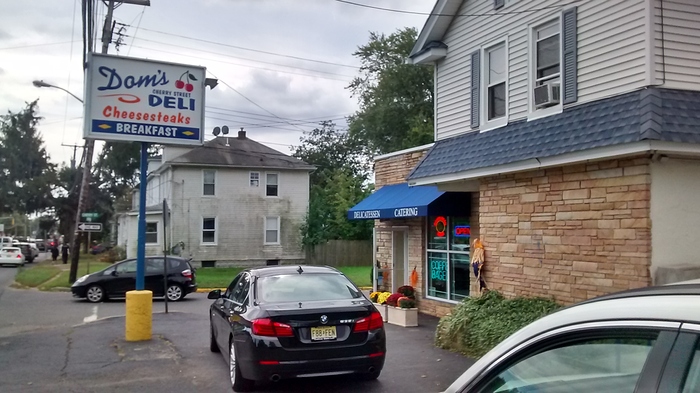 Stopped by Doms cherry St deli on Shrewsbury today. Cheesesteak with Monterey Jack was very tasty for $ 5.99, bread was a little mushy though. 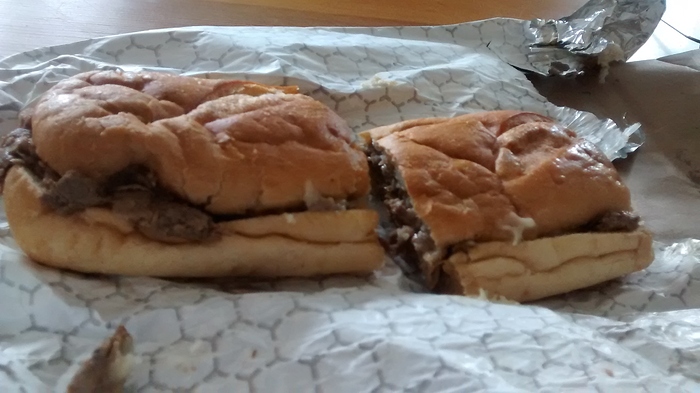 Poor Dom has tried to reinvent that place a dozen times over the years, coffee shop, hot dog place to name a few, yet he keeps going back to what he does best, deli.

Glad you enjoyed, they always have good sandwiches there.

Guy behind the counter told me some one else bought it two years ago but kept the name. They’ve fixed it up a little inside and the menu has been modernized.

Sandwich menu was extensive and featured some interesting specials at $ 7.99 including a hot pastrami sub.

It was clean, busy, but with reasonably prompt service, and the food was good.

Oh really? I was not aware of that.

So I’m bumping this up. Any good ones lately folks?

Last night I had an idea and it worked out. This italian/pizza place in Middletown has a Mexican section on their menu. They do some good nachos with the wiz style cheese sauce. So I’m a fan of their cheese steaks too. I asked to get the sauce instead of american and man, this was enjoyable. It needed a little salt but it was just oozing with cheese and super juicy…and messy lol. @joonjoon 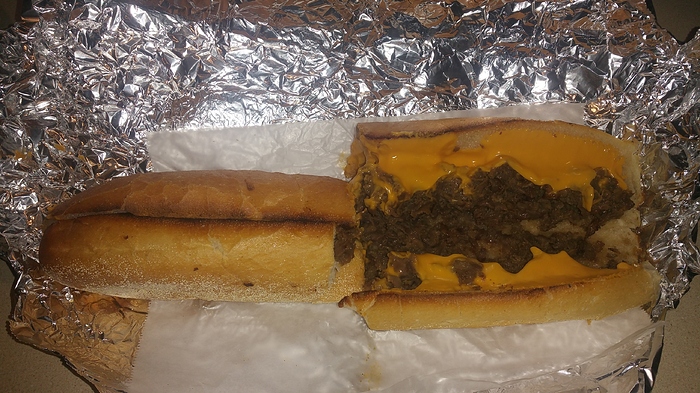 / Mexican. That’s either frightening or brilliant. Maybe both.